NEW MUSIC: @RIHANNA “YOU DA ONE”

JellytooFly: Come Get Wit It!

New Music: Dorian Allen Running Back to You @MyNameIsDorian

Tired of listening to Top 40? This holiday season, let me introduce you to rising Singer/Songwriter Dorian Allen, who has worked with iconic artists such as Stevie Wonder, Philip Bailey, Michael McDonald, Mavis Staples, and Ben E. King. Dorian is now touring with Sam Smith as a back-up singer. His current EP Running Back To You is currently on sale on iTunes. 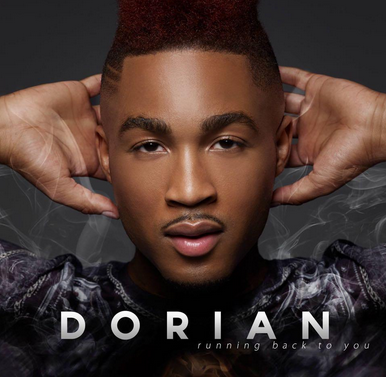 Dorian Allen has made the transition from back-up singer to front and center artist. It’s an inspiring holiday story that comes along with melodic tracks to get you through the season.

Dorian is expected to release a new single and video early 2015. He is truly one to watch and an obvious rising star!

Listen to his music on SoundCloud: https://soundcloud.com/dorianjallen.

If you want to win a copy of EP, Tweet this for a chance to win:

Make my holidays happy by helping me win Music by @mynameisDorian from @Heydoyou!

American Idol judge Randy Jackson’s artist and pop sensation Grace Valerie has been steaming up the music charts lately with her newest single, “Don’t Wanna Be Waiting.” The song is also blowing up the dance music charts in the UK and is steadily climbing the charts here in the US.  “Don’t Wanna Be Waiting,” jumped from the number 21 spot on the UK Musicweek Upfront Club Chart to the number 6 spot. The song also peaked at the number 2 spot on the UK Musicweek Commercial Pop Club Chart, falling just short of One Direction who secured the number 1 spot. In the US, Grace Valerie is steadily moving up the NY Music Pool Chart from 42 to 39 and reached the number 16 spot on the BDS Dance Radio Airplay Chart. Valerie also recently entered the BDS CHR / Top 40 Airplay Chart at the number 84 spot.

“Don’t Wanna Be Waiting,” produced and co-written by Grammy-winning producer Randy Jackson, officially arrived on iTunes late last year. In just two days, this single raced to the No. 1 position on KingOfSpin.com, a favorite destination for DJs and radio producers seeking the most exciting new music. Last month, the song charted at the No. 2 position on SiriusXM’s “20 on 20”channel and hit No. 1 on WNRG 107.9 FM – Florida’s Energy Dance Mix Radio!

Check out the video here, which premiered on MTV Logo’s NewNowNext page:

After signing with Dream Merchant 21, music-industry veteran and American Idol judge Randy Jackson’s record label, the 22-year-old Moscow native took the necessary steps forward and moved to Los Angeles. The beautiful pop sensation continues to make a name for herself and recently attended The Grammys. Valerie’s first hit, “When the Lights Go Down,” shot her career into full speed when it reached over 1.5 million views on YouTube. Valerie is currently performing in clubs and venues across the nation.

“…I’m your national anthem, god your so handsome”

I love and hate this video at the same time, it’s strange, but I can’t get enough of it. I love it, but I hate it… but I love it!

…is it just me or do Lana and ASAP Rocky look really good together?!
0 Comments
0 Kardinal Offishall has released a new track “The Invention Of Truth”, fresh off of his upcoming album “Allow Me To Re-Introduce Myself”. It’s fresh, it’s hot and there are no complaints. You know what I’m bumping to these days!!!

Here is Nicki Minaj’s and Willow Smith’s new video. I don’t like the song, and I don’t like the video. I’ve never been a fan of Willow Smith and though the little girl is talented I just don’t like her. Plus I feel like it’s awkward chemistry between them. I feel like Nicki is too censored. However they both look really cute and styled perfectly, I just don’t think they mesh. That’s my opinion how about yours? What do you think??