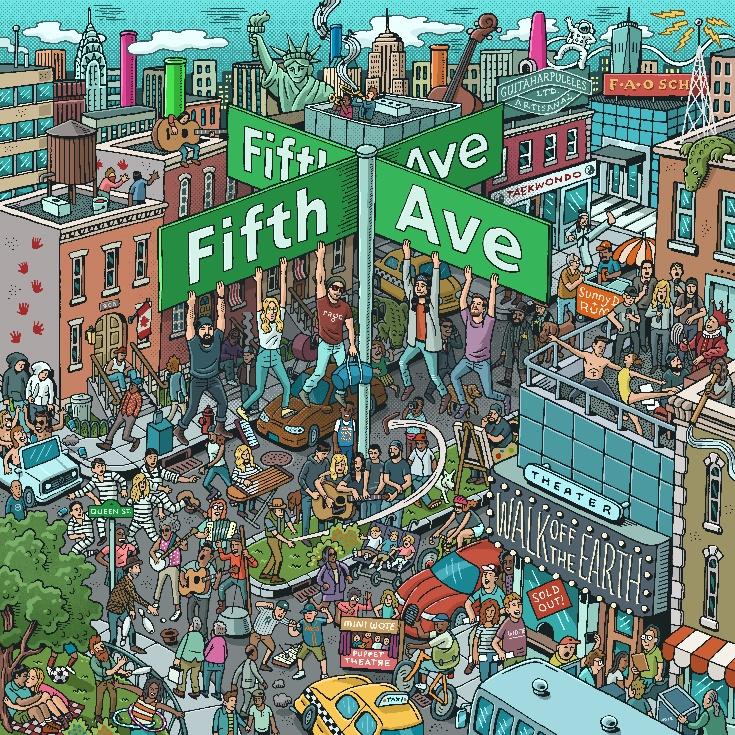 “The group showcases a keen gift for consuming vast swaths of pop music, digesting them simultaneously, and synthesizing them into a grandiose sound that’s so broadly appealing, it seems to contain everything that’s ever made anyone turn up a radio.”
– NPR 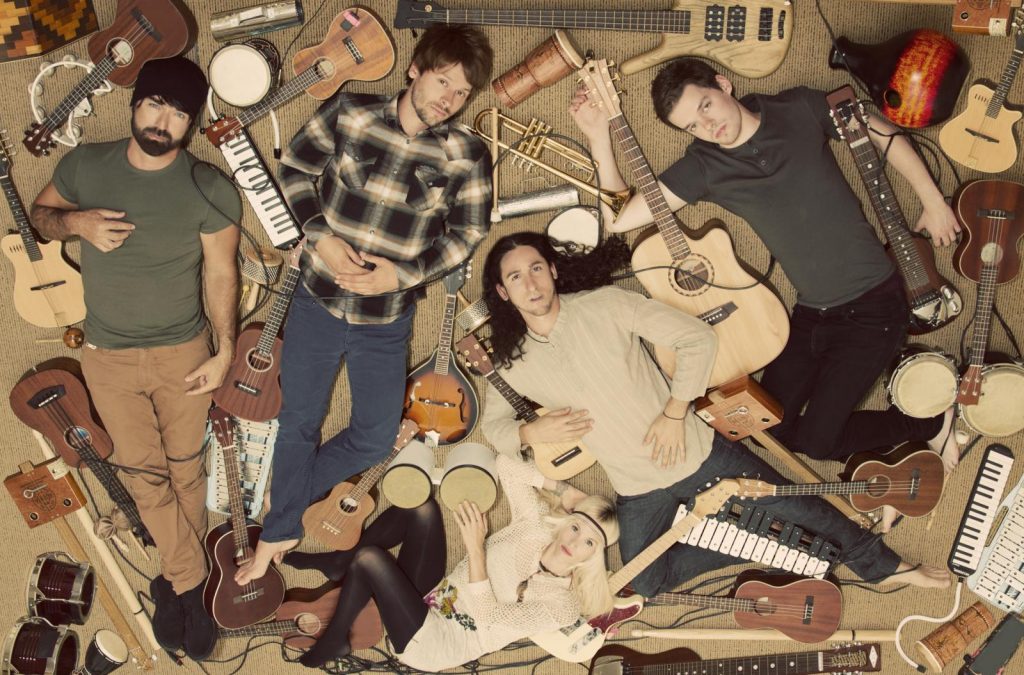 Walk Off The Earth, the indie-pop band known for their chart topping originals and unique covers of current hits, have released the new single, “Fifth Avenue,” in anticipation of their US tour happening in November. “Exploring the wonders and challenges of living in the concrete jungle, the upbeat, New York-inspired tune narrates both the coming of age and the constant epiphanies brought by the chaotic — but endlessly inspiring — life in the city.” (Billboard) As percussionist Joel Cassady explains, “New York has been the source of many important milestones for us on our journey as a band, and it felt like the right time to create a song honoring this amazing city that for us and so many others has helped turn dreams into reality.” It’s only fitting that the band will perform the single on Good Day New York, the morning of October 2nd. 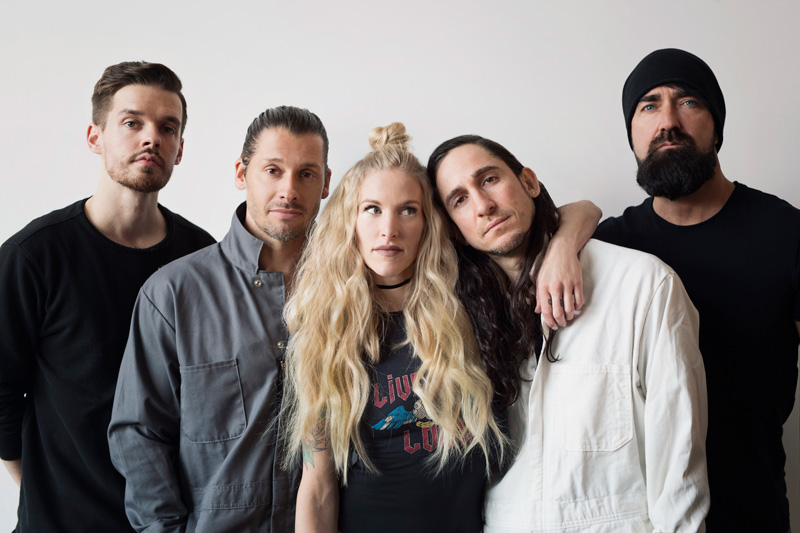 Comprised of five multi instrumentalists (Sarah Blackwood, Gianni Luminati, Marshall, Joel Cassady, Beard Guy), Walk Off The Earth originally gained massive public attention when their interpretation of Gotye’s “Somebody That I Used To Know” went viral on YouTube, garnering over 180 million views. Since then, the band has released a string of successful original songs including “Red Hands” (#1 at AAA), “Fire In My Soul” and “Rule The World” (both of which went platinum in Canada); sold out venues across the globe and collaborated with some of the biggest artists in the world (Keith Urban, Snoop Dogg & Steve Aoki). In addition, they’ve won a “Group Of The Year” Juno Award and appeared on television shows such as Good Morning America and Ellen. 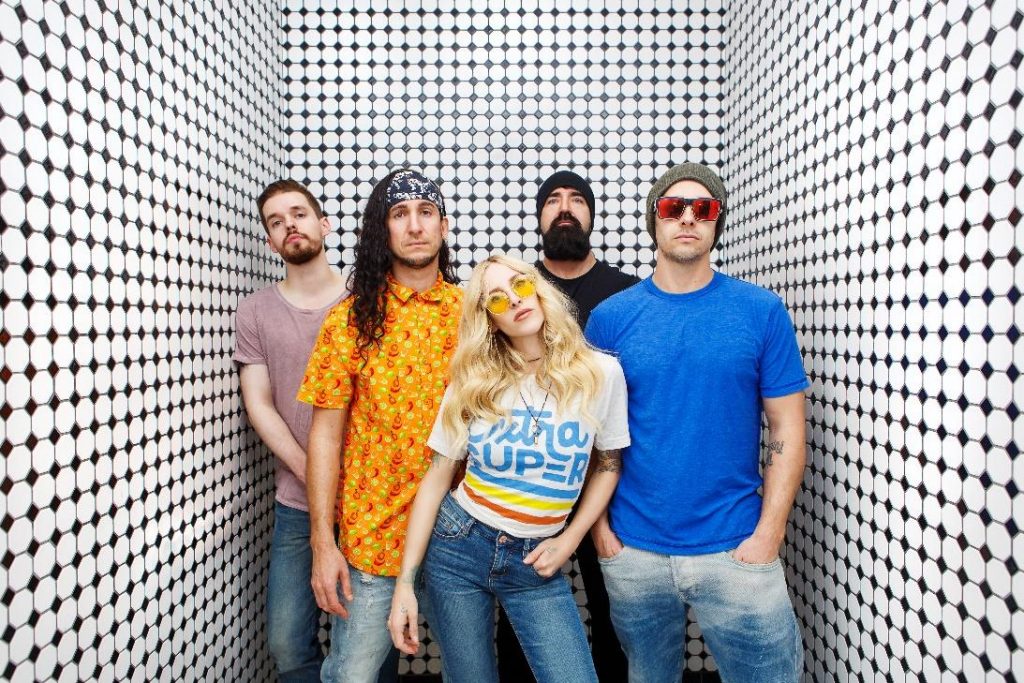 Recently, Walk Off The Earth’s cover of Maroon 5’s “Girls Like You” was nominated for “Best Cover” by The Streamy Awards, which honor the best in online video and the creators behind it.  The annual event brings together the biggest names in YouTube and online video for a night of celebration, discovery, and meaningful recognition. This is the band’s second consecutive nomination in the category, having previously been nominated in 2017 for their cover of Ed Sheeran’s “Shape of You.” After a summer spent on the festival circuit in their native Canada, as well as Europe, Walk Off The Earth return to the US in November 2018.
WALK OFF THE EARTH US TOUR DATES
Nov. 1 – Orlando, FL – House of Blues
Nov. 2 – Charleston, SC – Music Farm
Nov. 3 – Atlanta, GA – Tabernacle
Nov. 4 – Nashville, TN – Marathon Music Works
Nov. 6 – Charlotte, NC – Fillmore
Nov. 7 – Raleigh, NC – The Ritz
Nov. 10 – St. Louis, MO – The Pageant
Nov. 11 – Indianapolis, IN – Egyptian Room
Nov. 13 – Austin, TX – Stubbs
Nov. 14 – Dallas, TX – House of Blues
Nov. 16 – Houston, TX – House of Blues
0 Comments
0

This Thursday, Heydoyou.com was invited to the Uniqlo Fifth Avenue store for a first look at the UNIQLO x Hana Tajima SS16 collection. 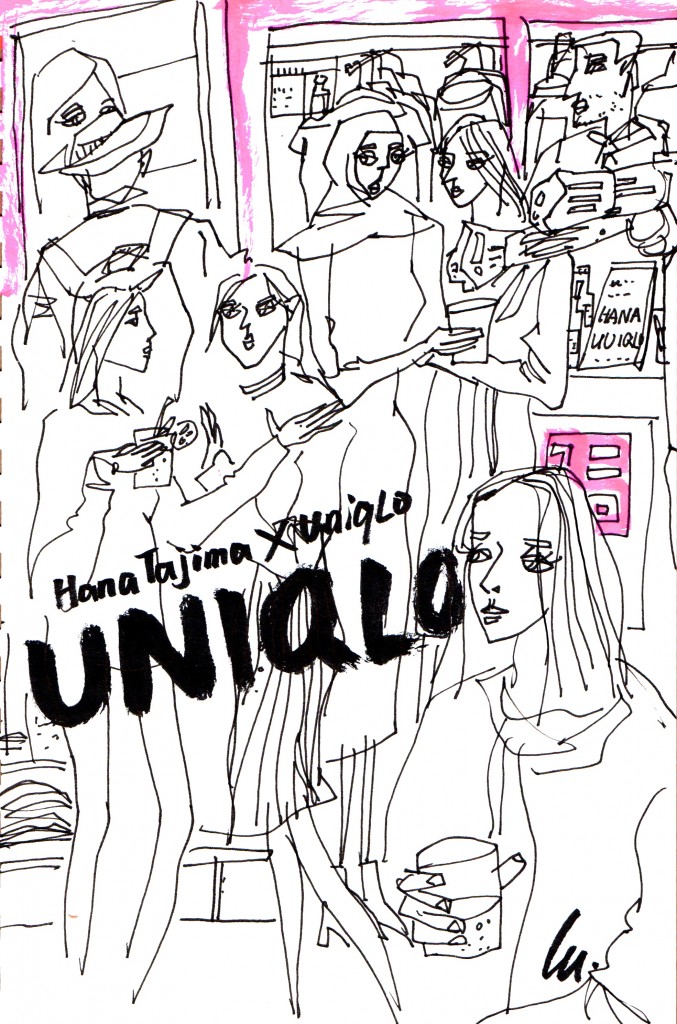 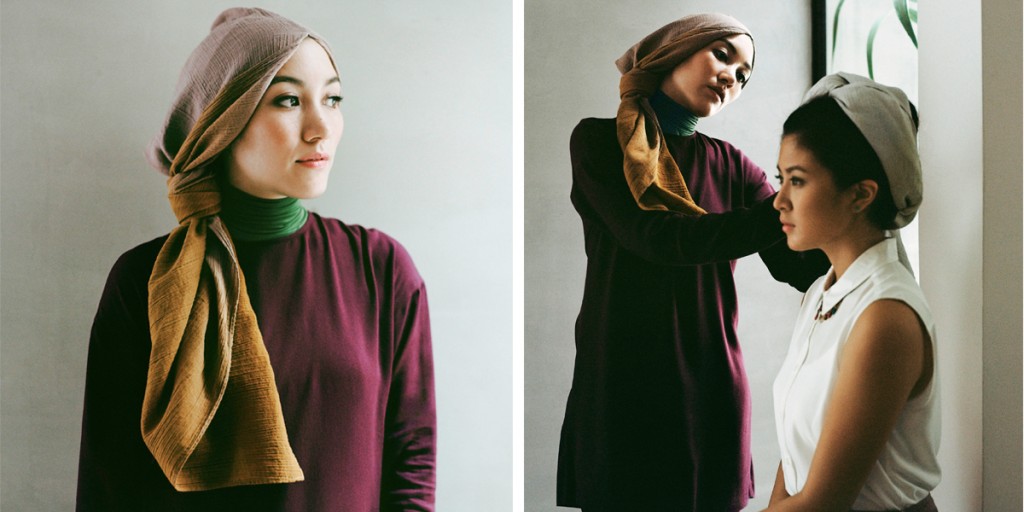 UK-born fashion designer and blogger Hana Tajima is changing the way young women dress all over the world. Inspired by her Japanese roots and English upbringing, her modern, functional designs, which are both culturally sensitive and extremely comfortable, continue garnering international attention and acclaim. 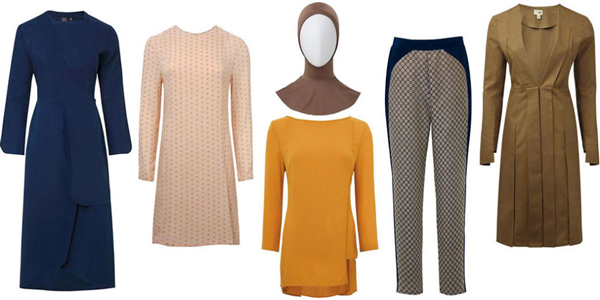 “We are particularly excited about the update to our AIRism Inner Hijab and High Neck Sleeveless Top that ensures coverage without compromising comfort, especially in warm weather,” Hana said.

The first UNIQLO x Hana Tajima Collection launched last year in Southeast Asia, and now it has been introduced for the first time in the U.S since last Thursday!