Midnight and the Meaning of Love 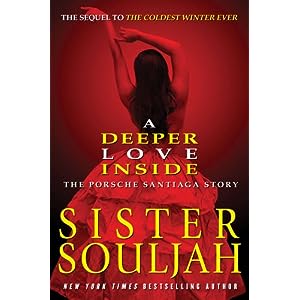 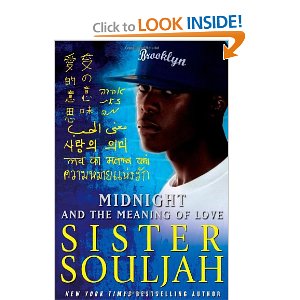 You know what I’m getting up to buy first thing tomorrow. 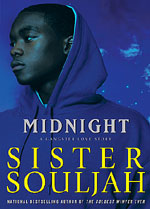 “So many women wanted him to be real. They knew nothing, absolutely nothing about him, but they were in love with him,”

*update*
So 13 hours later, I emerge a changed person. Sister Souljah first novel The Coldest Winter Ever shook me to the core and shaped a lot of my developing tastes from the age of 16 to 24. Her new book Midnight has once again become one of the most influential books I have read. On so many levels, Sister Souljah has made me examine my own life, my choices, beliefs, values and most important my views on life, love, culture, family and religion. There are just so many things about this book that made me stay up til 3am and then up at 8am to read straight til 3pm. Yes, it’s one of those. This book made me want to call those I love, reposition the love prospect, my own life and responsibilities as a woman and fall in love all over again with her writing. I am a changed person because of this book today. A beautiful story of love (parental, filial, platonic, erotic, self, religious, cultural). Sister Souljah frames the story with intensely detailed characters that make the story powerful. Contrasting Akemi, Bangs and Umma show one thing clearly – a strong female is not a victim of her circumstance but sees how to preserver through life. Highly recommend.