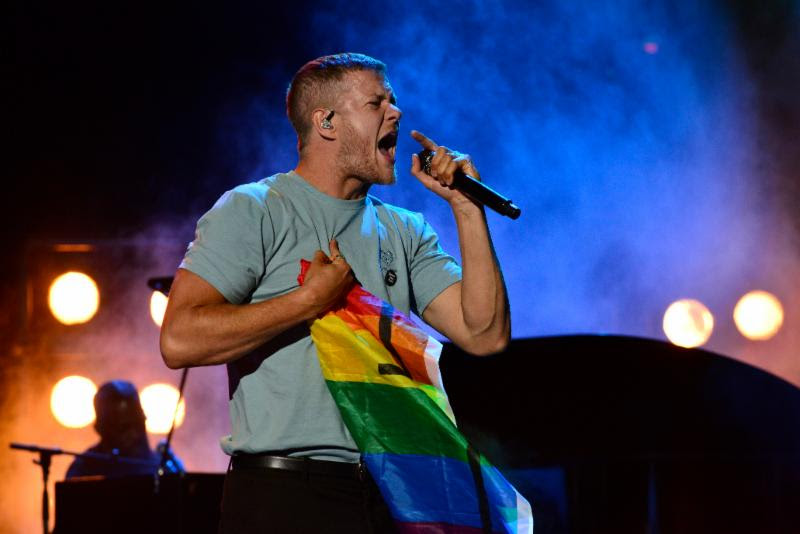 LOVELOUD Festival Powered By AT&T held its third annual festival on Saturday night at USANA Amphitheatre in West Valley City, UT. The festival was presented by Dan Reynolds, lead singer of Grammy® Award-Winning band Imagine Dragons, and proceeds from the event will benefit past beneficiaries The Trevor Project, GLAAD, the Human Rights Campaign, Tegan and Sara Foundation, and Encircle, as well as other vital organizations that proudly serve our LGBTQ+ youth. LOVELOUD Festival Powered By AT&T seeks to progress the relevant and vital conversation about what it means to unconditionally love, understand, accept, and support LGBTQ+ youth in our communities. 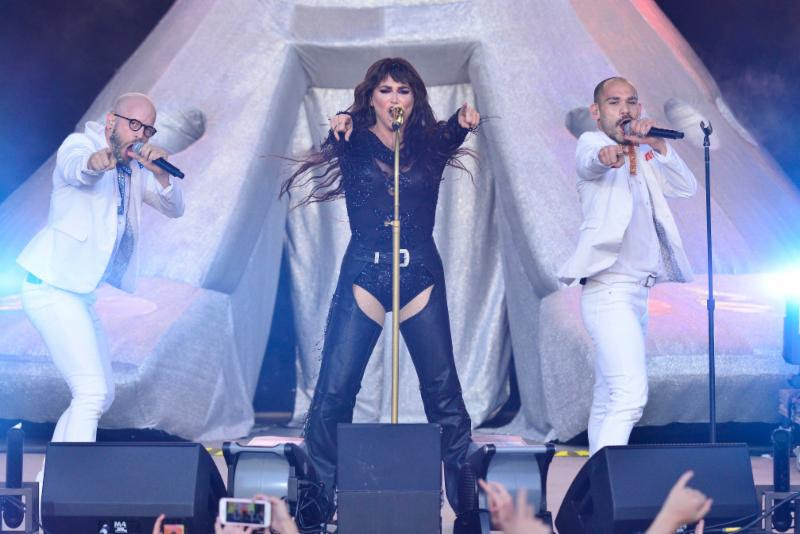 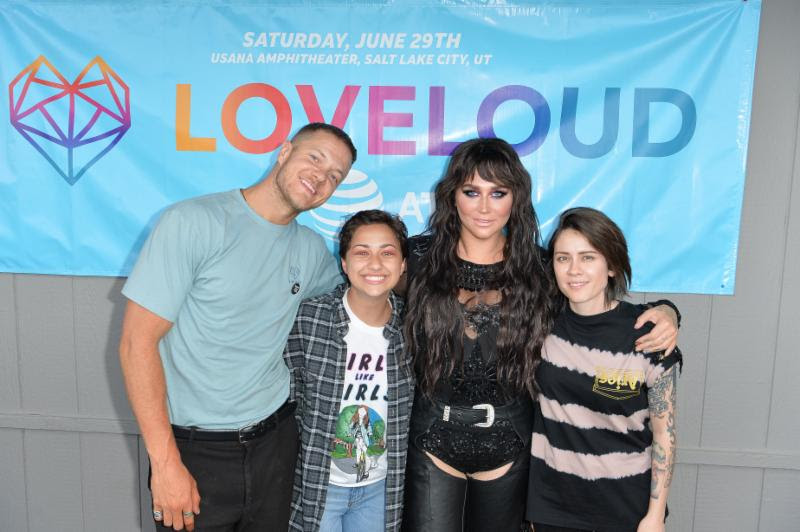 LOVELOUD Festival was live streamed by @ATT on Twitter and the show can be viewed on replay until July 2 here and broadcasted live on Audience Network on DIRECTV. The livestream and broadcast weren’t the only ways AT&T brought LOVELOUD to the masses. Fans also had the opportunity to take action! For the entire day of June 29th, every time a fan used #TURNUPTHELOVE on Twitter, AT&T committed a $1 donation to the LOVELOUD Foundation, supporting LGBTQ+ youth-serving organizations.

For the second year in a row, LOVELOUD also partnered with Xbox to help contribute to its goal of raising $1 million to benefit LGBTQ+ charities. To do this, Xbox put Dan Reynolds gaming skills to the test with the LOVELOUD Xbox Game Pass Challenge. Hosted by Benny Perkin, presenter of Xbox On, Dan completed challenges that combined gaming, music and teamwork. When all challenges were completed, Dan racked up $100,000 for the LOVELOUD Foundation, which will benefit LGBTQ+ charity organizations.

Creating a concert-going experience that is inclusive of all fans is and will continue to be a priority for LOVELOUD and AT&T. All volunteers onsite this year underwent sensitivity training from Gender Spectrum, an organization whose mission it is to create a gender-inclusive world for all children and youth. To accomplish this, they help families, organizations, and institutions increase understandings of gender and consider the implications that evolving views have for each of us. Additionally, LOVELOUD partnered with KultureCity to ensure an experience that was sensory inclusive by providing training to volunteers, sensory inclusive bags and a mobile sensory room at the event. 1 in 6 fans have a sensory need. Loud noises, lights, smells and crowds are overwhelming and physically painful, and fans are often isolated because of this. LOVELOUD Festival Powered By AT&T was eager to meet these needs and provide fans a concert environment that is welcoming and accepting of everyone.

Dan Reynolds founded the LOVELOUD Foundation in 2017 as a catalyst to bring communities and families together to help ignite the vital conversation about what it means to unconditionally love our LGBTQ+ youth. The LOVELOUD Foundation is a 501(c)(3) and offers hope to young people, letting them know they’re not alone and encouraging acceptance in the home and community. It all begins with talking about, sharing and showing the realities of what LGBTQ+ teens face daily. Additionally, as part of this quest, Dan Reynolds created a documentary centered around LOVELOUD, called Believer. The film received runner up for the “Festival Favorite Award” at Sundance Film Festival 2018 and premiered on HBO last June. 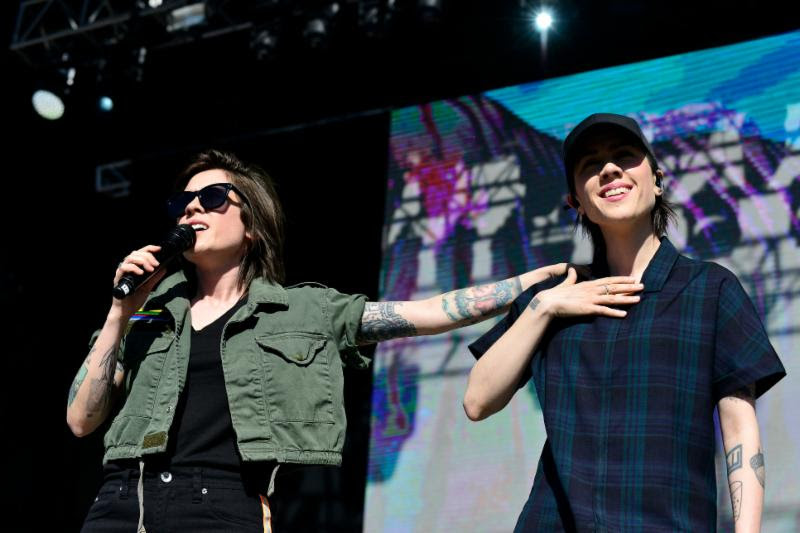 AT&T’s commitment to equality and inclusion for the LGBTQ+ community began in 1975, when the company became one of the first American corporations to adopt a policy prohibiting discrimination against employees based on sexual orientation. AT&T also has a long-standing commitment to fostering an inclusive workplace. LEAGUE at AT&T (Lesbian, Gay, Bisexual, Transgender and Allies Employee Organizations of AT&T) is one of the oldest LGBTQ Employee Resource Groups (ERG) in the nation. In 1998, AT&T adopted one of the first domestic partner benefits programs for LGBTQ employees. In 2006, AT&T was one of the first U.S. corporations to offer transgender-inclusive health care benefits. At AT&T, diversity and inclusion will always be top priorities. 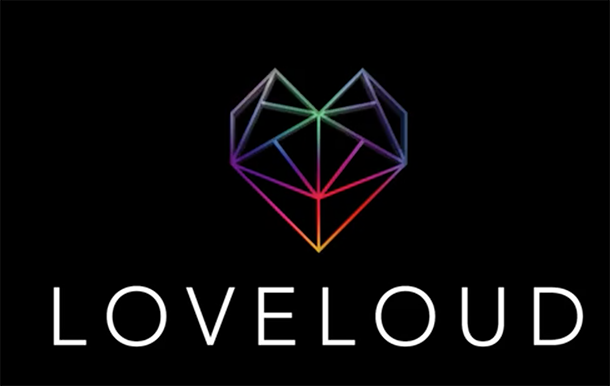 ABOUT LOVELOUD FESTIVAL:
LOVELOUD was founded in 2017 by Dan Reynolds, the lead singer of Imagine Dragons, to help ignite the relevant and vital conversation of what it means to unconditionally love, understand, accept, and support LGBTQ+ youth in an effort to keep families together. LOVELOUD is the catalyst for bringing communities together to start the conversation and celebrate individuality. Talking, sharing and showing the realities of what teens in our society face daily is where it all begins. Find out more at: http://www.loveloudfest.com.

About AT&T Communications:
We help family, friends and neighbors connect in meaningful ways every day. From the first phone call 140+ years ago to mobile video streaming, we innovate to improve lives. We have the nation’s fastest wireless network.** And according to America’s biggest test, we have the nation’s best wireless network.*** We’re building FirstNet just for first responders and creating next-generation mobile 5G. With DIRECTV, DIRECTV NOW and WatchTV, we deliver entertainment people love to talk about. Our smart, highly secure solutions serve nearly 3 million global businesses – nearly all of the Fortune 1000. And worldwide, our spirit of service drives employees to give back to their communities.
0 Comments
0