Toronto became a lil more chic this week because of L’Oreal Fashion Week! Are you fashioned out yet! With the weather (sort of) cooperating, spring colors and boots were strutting down Queen St and trotting in and out of the best clubs, lounges all week long! Check this out! You looked your best, so we shot you!

Can’t wait for L’Oreal Fashion Week here in Toronto to kick start! The first show I will be going to is to check out Mellinda Mae Harlingten‘s collection. I am excited because she is Canadian (from BC) and her clothes are tailored just right – with vintage classic inspirations. Check out her debut runway show! 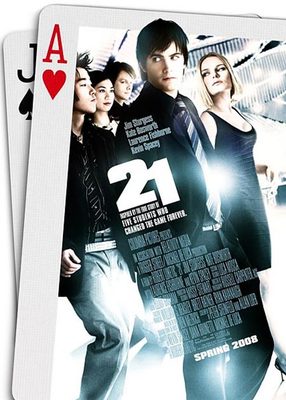 If you are looking for something to watch at the cinema, check out 21 – the new movie about MIT students counting cards in Vegas and making some serious coin. I got the chance to go to the advance screening last night from the good people over at Sony BMG.

My favourite part of the movie was the geek to chic transformation, sort of like Lainey Boggs style. It was really interesting to see the character developments but I thought the movie was too episodic and plot driven – I would have liked to see more depth in the emotional parts. Anyway! Parts of it felt long but its a good because it is actually based on a true story! It’s in theaters March 28 – bring down the house! Find the plot from www.tribute.ca

The novel Bringing Down the House and its film counterpart 21 focuses on the 1993 resurgence of the team, when Kaplan, J.P. Massar and John Chang decided to open up a new partnership named Strategic Investments. Garnishing an initial investment of over $1 million, the largest to date, they set off for Las Vegas. Although they won millions of dollars, the team eventually had to disband after being identified by the casinos as card counters and banned. 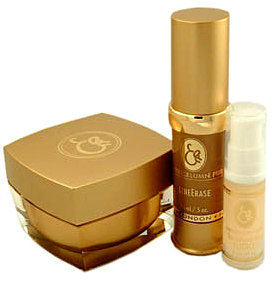 The last 4 weeks, I have been using Elizabeth Grant’s Skin Care line and love it! From the lip plumper to the lip exfoliater… this line has something for everyone. I gave my mom the Cavier Eye Pads and she had raving reviews! She noticed that the bags under her eyes have dramatically reduced. Check it out – its available online www.elizabethgrant.com and TSC!

Hyper Pony is an animated website that features characters, enhanced with a dose of surreal-reality. Break Ups, Vanity, Love, and Growing up, is all going on at Hyperpony.com. visit www.myspace.com/hyperpony and meet some supa cute new friends!

Get your cute T’s here: hyperpony.com