Looking for a fun game for ages eight and up? Look no further than Big G Creative’s new Who’s the G.O.A.T.?  game that just debuted at Target/Target.com. 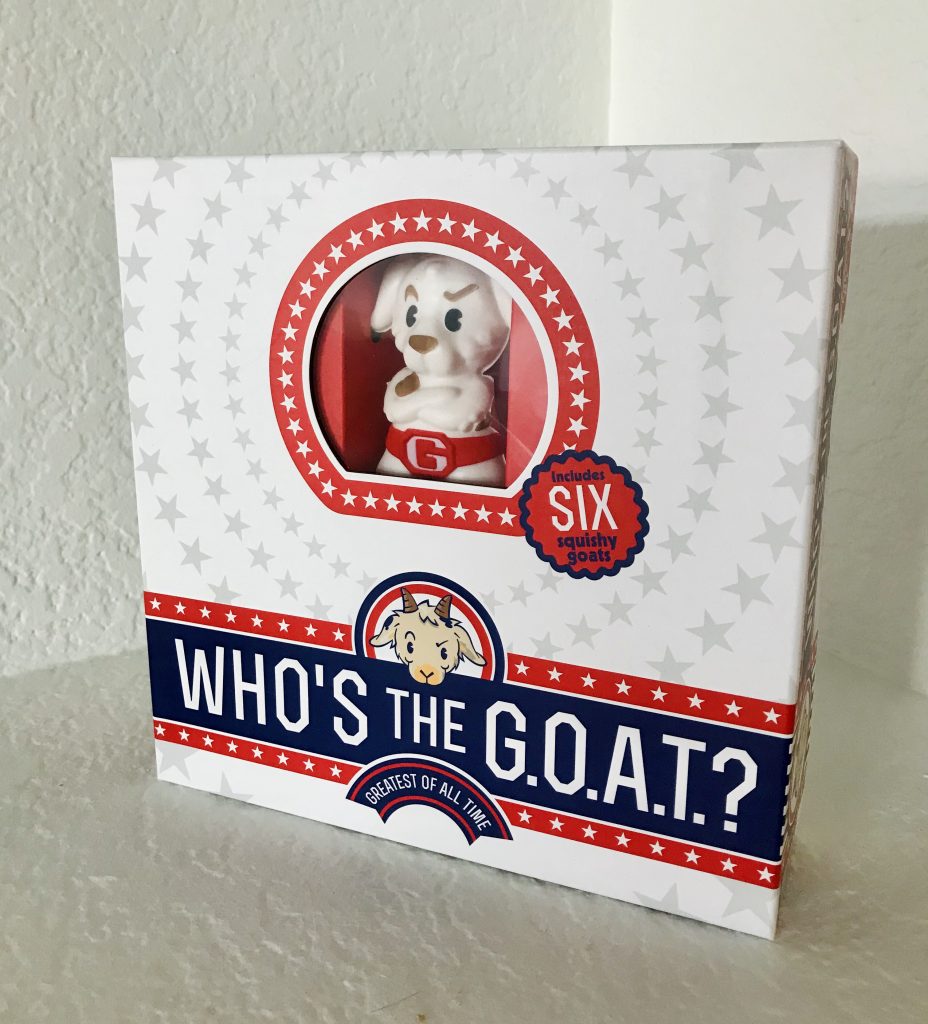 Who in your family, or quarantine pod, is the Greatest of All Time (G.O.A.T.)? The answer is: Everyone! Who’s the G.O.A.T.?  lets family and friends learn about each other’s hidden talents, including physical talents such as walking on your knees or bowling with the little squishy goats; verbal talents such as yodeling; and written talents such as writing the most flavors of ice cream you can think of in thirty seconds. 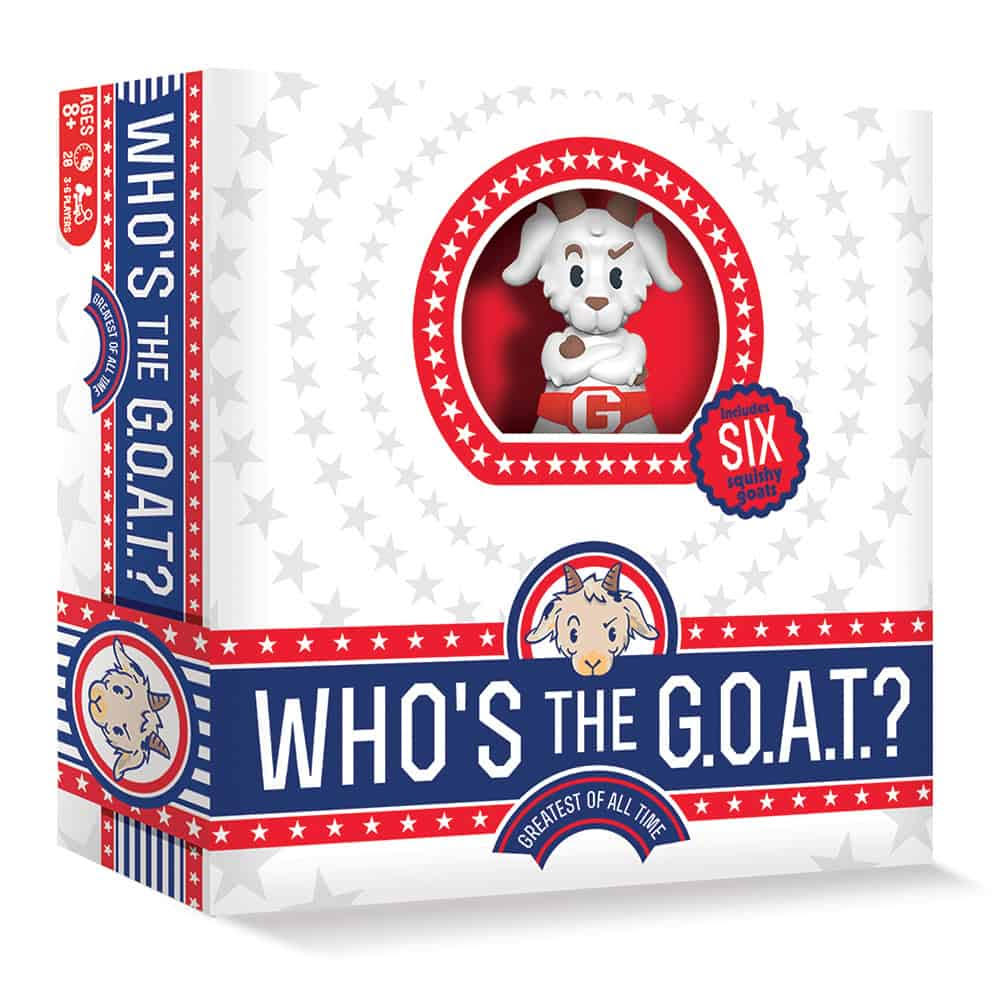 New from Big G Creative, Who’s the G.O.A.T.? is the hilarious party game that’s one part prediction, one part competition, and all parts fun. Who’s the Greatest of All Time (G.O.A.T.)? You are! Everyone’s the greatest at something. Who’s the G.O.A.T.? allows friends and family to discover each other’s hidden talents and is fun for all ages.

The game comes with six irresistible squishy goats. Players pick who they think will be the best at a variety of off-the-wall challenges, then vote by tossing their squishy goats. Goats will go flying around the room! It’s one bleating good time. 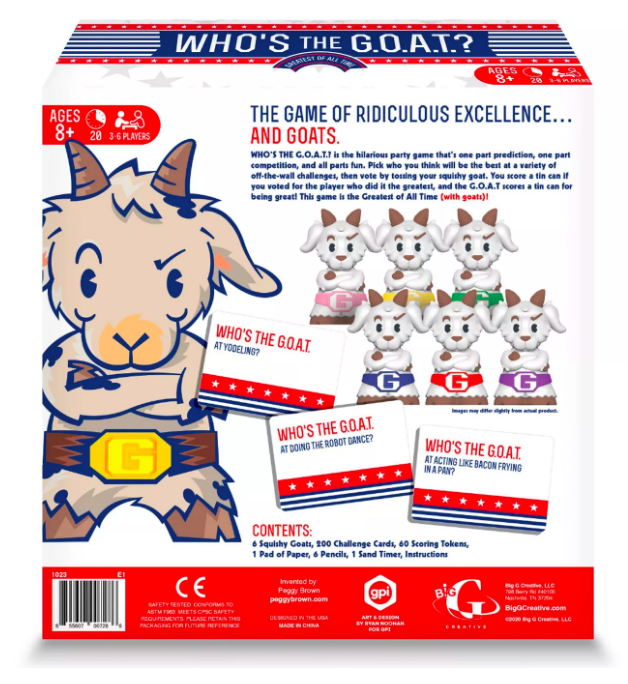 “Everyone who plays this game will have the chance to feel successful at something,” said Shannon Swindle, Director of Product Development, Big G Creative. “You may not be the greatest at cartwheels, but maybe you’re the greatest at rolling your R’s or wiggling your ears.”

Score a tin can if you voted for the player who did it the greatest, and the G.O.A.T. scores a tin can for being great! The player with the most tin can tokens at the end of the game, wins. 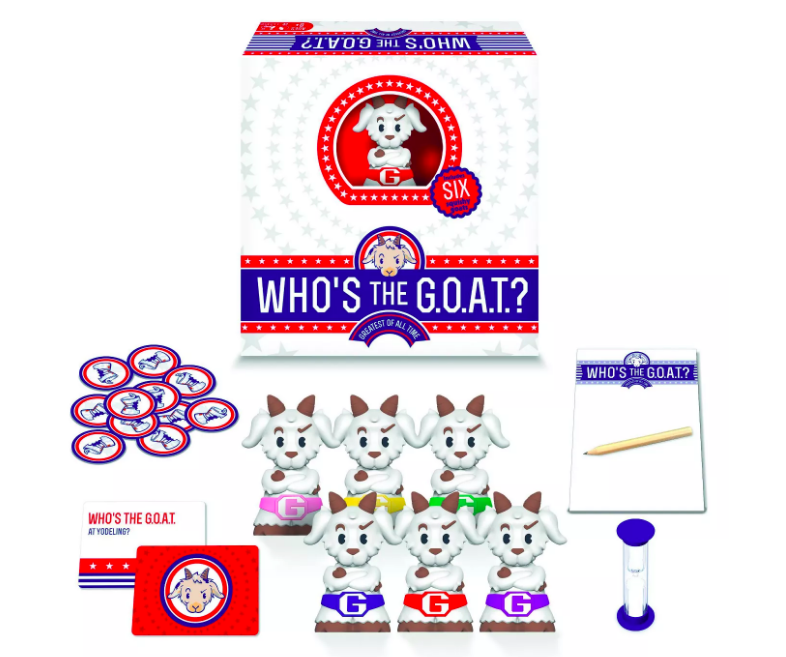 For three to six players ages eight and up, Who’s the G.O.A.T.?  takes twenty minutes to play and includes six squishy goats, 200 challenge cards, 60 scoring tokens, one pad of paper, six pencils, and one sand timer.

Available now at Target stores nationwide and Target.com, Who’s the G.O.A.T.? sells for $24.99. Published by Big G Creative, the game was invented by Peggy Brown.

Big G Creative is a board game publisher where big ideas, big laughs and big games are a big deal. Big G Creative believes in the power of bringing people together to play, connect and create memories. Based in Nashville, Big G Creative has games for everyone including some of the best-loved properties in entertainment and pop culture. The award-winning games are available at mass market retailers nationwide and online.