Grammy winning Country music artist John Berry’s “Songs & Stories For Kids” has reached over a quarter million views collectively on his social media and YouTube and recently was included in programming at Seacrest Studios at Monroe Carell Jr. Children’s Hospital at Vanderbilt as well as partnering with ZONDERKIDZ through Harper Collins Publishing. Berry, who was expecting his first grandchild at the time, started reading some of his own children’s favorite stories, such as “Go Dog Go”, “Pete The Cat I Love My White Shoes”, “The Rainbow Fish” and “Billy Goat Gruff” in preparation for the upcoming addition to the family, as well as bring some familiar childhood comfort to fans during the initial phase of quarantine of Covid-19. To date he has read to over 250K viewers each Sunday evening at 6pm central on his Facebook Page @JohnBerryMusic. To watch the past episodes, subscribe to his YouTube channel here. 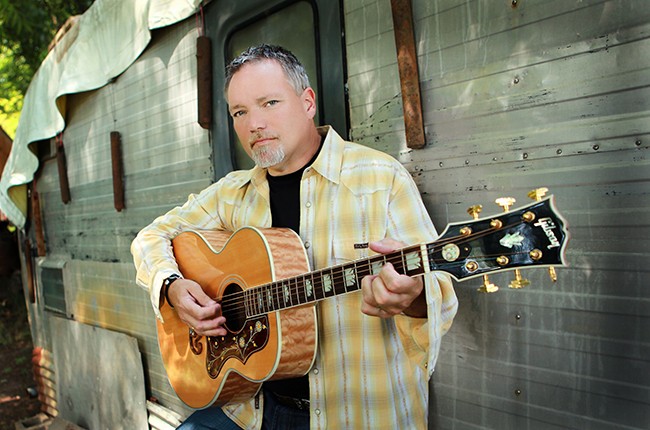 “I am thrilled that Seacrest Studios has made “Songs and Stories for Kids” with Papa Berr available to the children at Monroe Carell Jr. Children’s Hospital. With the arrival of my first grandchild, I began collecting books that I would be able to share with her. When the quarantine happened, children and families were home together all day and I thought parents would enjoy a short break and children definitely needed activities so I felt led to begin sharing my music and new books with children through Facebook Live,” noted John Berry.  “As a child I loved being read to and even as an adult, I find great enjoyment and I am able to escape the chaos of the world through audio books. My hope is that kids and parents can take a moment and escape with me through a song and a story.”

“What a treat to now have “Songs and Stories for Kids” broadcasting over the airwaves at Seacrest Studios at Monroe Carell Jr. Children’s Hospital at Vanderbilt in Nashville! Grammy Award-winning country artist, John Berry, is inspiring patients with his remarkable voice as a storyteller and performer through a unique series of shows featuring songs and inspirational stories,” shares Program Manager, Seacrest Studios – Mamie Shepherd. “A survivor of medical challenges himself, John knows what it is like to spend time in a hospital. He can relate to children who are undergoing treatments and therapies at a time when they cannot have outside visitors. This country star’s compassionate heart shines through during every broadcast, and all are inspired by his program.  Seacrest Studios wishes to thank John for generously opening his world to ours!”

About John Berry:
GRAMMY Award-winning country star John Berry was honored in early 2020 to be included in the chart rising single “Give Me Back the 90’s’ by Joe and Martina and in May re-recorded “The Graduation Song.”  John originally wrote the lyrics to the song his senior year of high school reflecting the feelings he was going through. The video to “The Graduation Song” is dedicated to his fans to bring awareness to those not being able to attend traditional graduation ceremonies due to the pandemic and social distance restrictions. Berry released a full album, Thomas Road, Nov. 30, 2018 named after Thomas Road where he grew up in Decatur, GA. The first single off the project, “The Richest Man” was released in March 2019. In 2018 he celebrated the 25th anniversary since signing his first record deal and has recently charted at #30 on the Music Row Breakout Charts with the single, “Beautifully Broken,” which is featured in the soundtrack for the upcoming movie of the same name. Berry has placed 20 singles on the country hit parade charts, six of which went Top 5 as well as a No. 1 on the Billboard and Radio & Records country charts. He has earned numerous Gold and Platinum records. Berry’s co-written “A Mind Of Her Own” and “Kiss Me In The Car” introduced him to radio audiences in 1993. Then, “Your Love Amazes Me,” “What’s In It For Me” and “You And Only You” thrust him to stardom in 1994. “Standing On The Edge Of Goodbye,” “I Think About It All The Time,” and “If I Had Any Pride Left At All” were all major hits the following year. “Your Love Amazes Me” earned Berry a 1995 GRAMMY nomination. In 1996, he scored a GRAMMY win for his participation in Amazing Grace: A Country Salute to Gospel Vol. 1. Berry took “Change My Mind” into the country music Top 5 in that same year. “She’s Taken A Shine” became an even bigger hit in 1997. The same year, he was nominated for CMA Vocal Event of the Year for “Long Haired Country Boy” with Charlie Daniels and Hal Ketchum. Both fans and the media took note when “There He Goes” was released as a 1999 duet with Patsy Cline. Berry’s two most recent albums, What I Love The Most and his holiday album, Christmas, are both available now on his website as well as iTunes and other digital retailers.  Berry’s TV show, Songs & Stories with John Berry, aired for two seasons on Heartland Television, The Family Channel, The Country Network, Roku (via Heartland), AMG TV, Country TV (New Zealand), and Keep It Country TV (UK). For more information, visit songsandstories.com. Follow John on his website at www.johnberry.com.

5 Ways To Kick The Summer-Blaze Blues With CBD