If you’re social distancing like most Americans, turn to hemp to treat your needs and ailments. Consumers can chill out with YOOFORIC’s full spectrum hemp oil Chewing Gum and a newly launched 100% Organic Hemp Oil. However, there’s a lot of misconceptions and lack of education on the subject.

Canafarma Corp was founded with a mission to be a true vertically-integrated enterprise that is completely in control of its CBD/Hemp Oil products all the way from seed-to-counter.  Every step of the process from our farm to your household is handled by our company with the highest level of care. This allows us to produce hemp oil products with maximum quality and effectiveness. We aim to provide education, transparency, and quality to a blossoming global industry that has the potential to positively impact every generation.  We believe in the power of hemp oil, and we are excited to uncover its full potential with research, testing, and innovation. Learn more about Canafarma Corp at http://www.canafarmacorp.com/grow/. 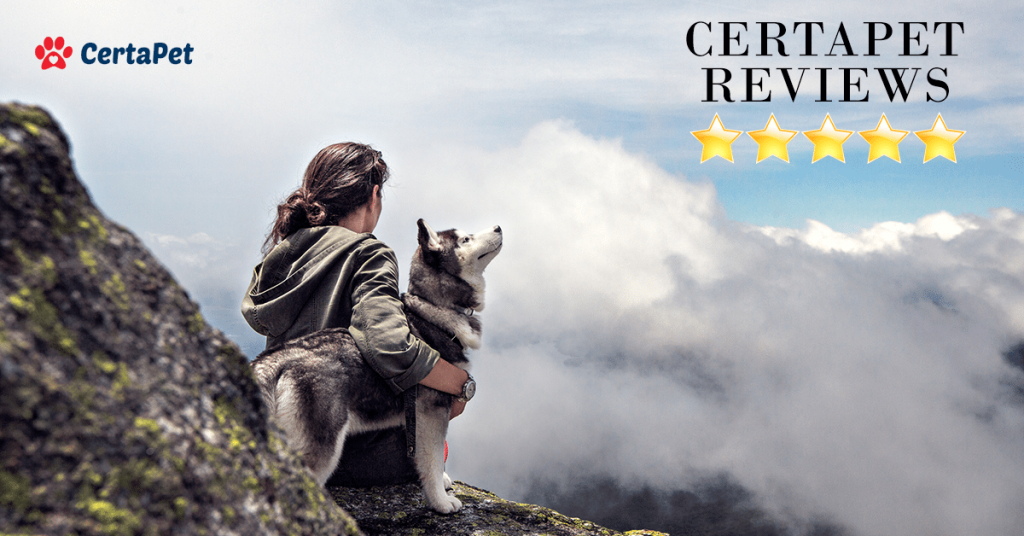 The coronavirus or COVID-19 was recently declared a global pandemic. It’s completely normal to be worried about the different health and safety measures we should all take as individuals. As a pet parent, you’ve probably asked yourself how to take care of your four-legged friends during this uncertain time.

The World Health Organization has stated that “there has been one instance of a dog being infected in Hong Kong, to date, there is no evidence that a dog, cat or any pet can transmit COVID-19. COVID-19 is mainly spread through droplets produced when an infected person coughs, sneezes, or speaks. To protect yourself, clean your hands frequently and thoroughly.” 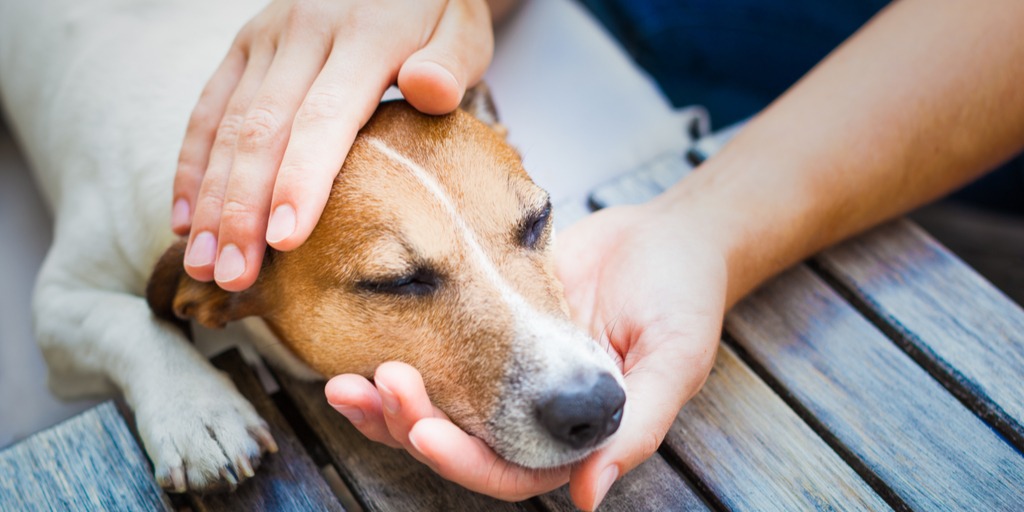 Although there is no evidence of transmission of COVID-19 by a dog, the World Organisation for Animal Health(OIE) expressed that “because animals and people can sometimes share diseases (known as zoonotic diseases), it is still recommended that people who are sick with COVID-19 limit contact with companion and other animals until more information is known about the virus.”

They encourage that, as usual, basic hygiene measures should always be applied when handling or caring for a pet. This means washing your hands before and after feeding or handling pet food and supplies.

The OIE has also made clear that “people who are sick or under medical attention for COVID-19 should avoid close contact with their pets and have another member of their household care for their animals. If they must look after their pet, they should maintain good hygiene practices and wear a face mask if possible.” 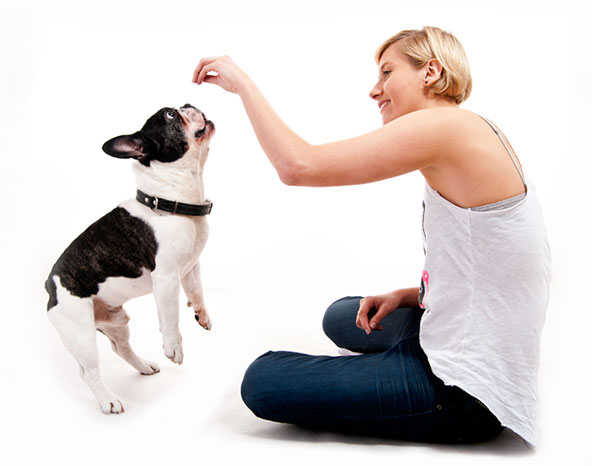 The best way to ensure we avoid the spread of coronavirus is to stay home. Whether you live in a mandatory quarantined area or not, we should all contribute to preventing the propagation of coronavirus. There are plenty of ways to entertain while this chaotic time passes. Be sure to check out these indoor activities to try with your pet! 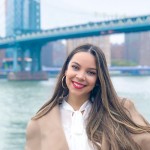 About the article author Fabiana Piñeda:

Caring pet owner working as Lead Editor to inform and help other pet parents get all the furry-friend-related-info they need.

Disclaimer: This post may contain references to products from one or more of CertaPet partnered sites, Honest Paws and Vets Preferred. However, CertaPet content is to be used for educational and informational purposes only. Please seek veterinary advice for your own situation. For more on CertaPet terms of use, visit this page 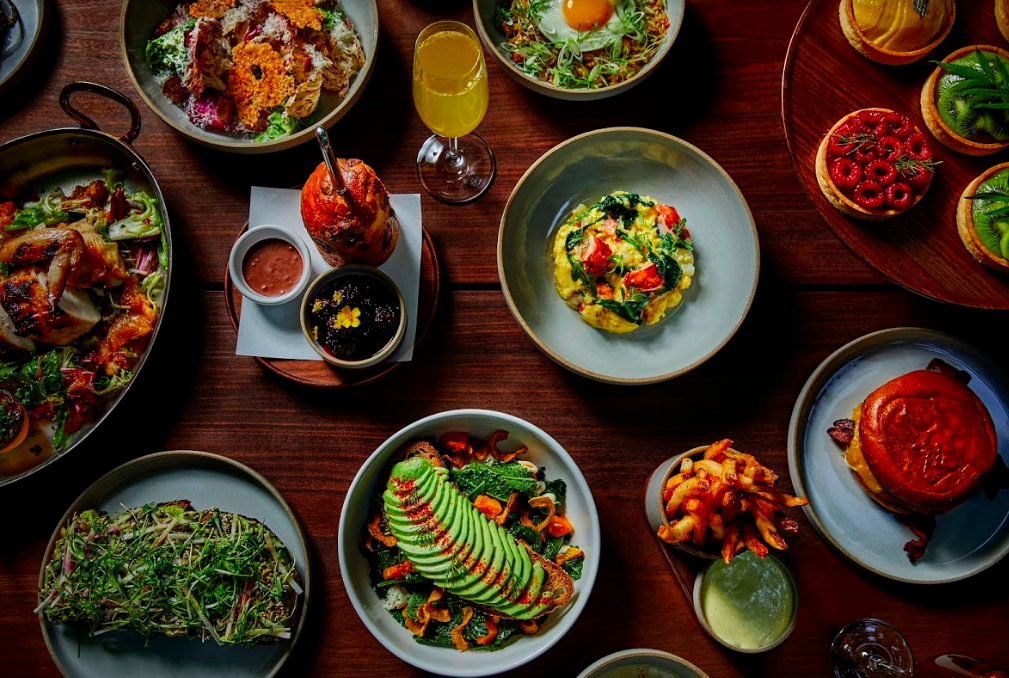 Following a successful debut this past November, Restaurateur and Chef John Fraser will expand menu offerings this spring with a new weekend brunch menu served at Ardor in The West Hollywood EDITION. Continuing to bring the best of California cuisine to West Hollywood, Ardor’s brunch menu will include highlighted vegetable forward offerings such as cauliflower tandoor, soft scrambled tacos with sweet potatoes and whole wheat skillet pancakes. For the egg-lover at heart, the new brunch menu features eggs of all varieties, from the lobster scramble, or the forest mushroom omelet, to the classic benedict or egg sandwich. 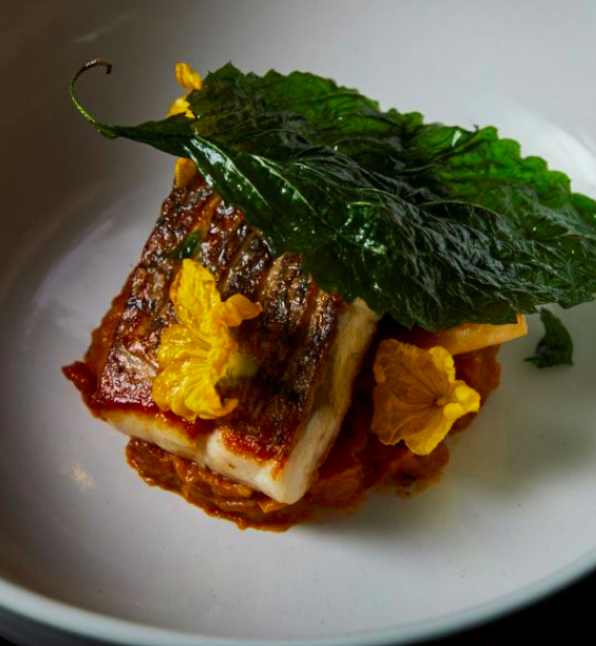 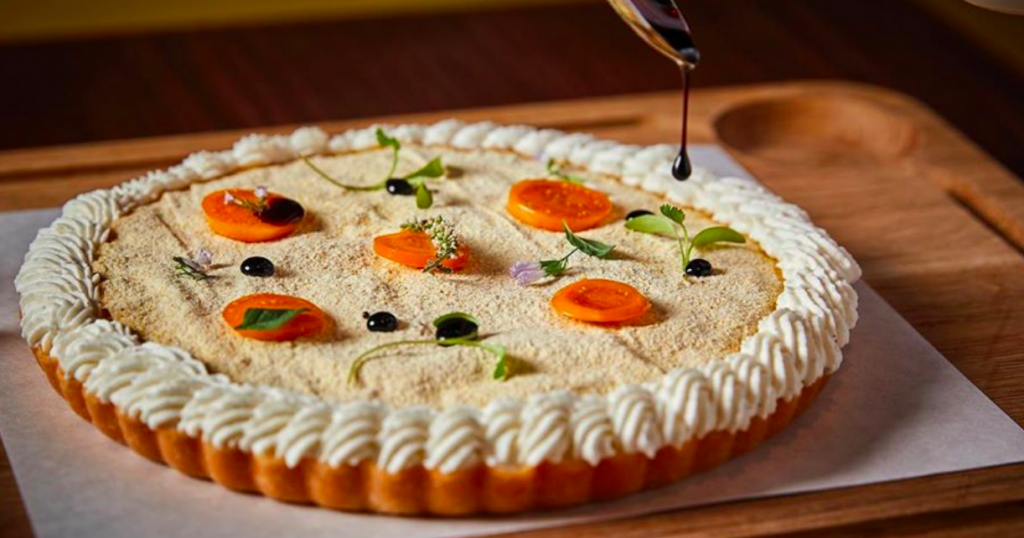 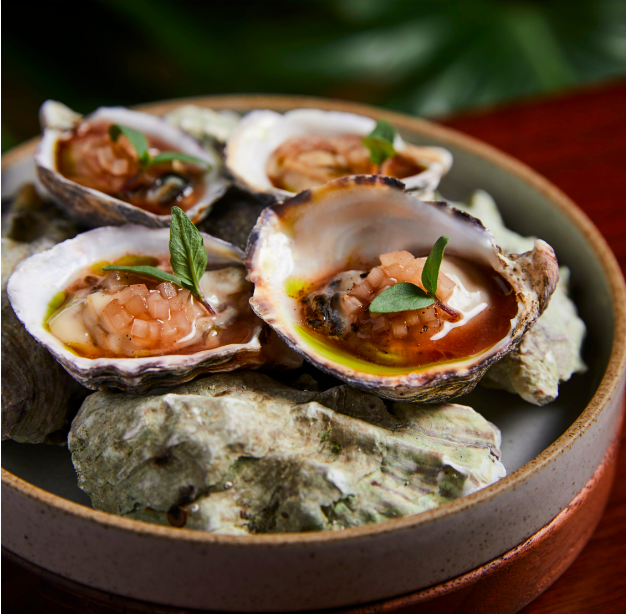 Celebrating the abundance of local produce in California, Ardor’s new weekend brunch features dishes made with ingredients available at the nearby farmer’s markets. A California native and Michelin starred chef, Chef John Fraser is recognized as a culinary trailblazer, best known for redefining the role of vegetables in American cuisine from imaginative fine dining restaurants, such as Ardor, to nostalgic neighborhood brasseries.

Nestled in a green oasis, brunch at the Ardor at The West Hollywood EDITION transports guests from the hustle and bustle of Sunset Blvd to a luxe plant-filled oasis of culinary delight. For the new weekend brunch, Chef John Fraser’s approach to the finest of ingredients is also mirrored in the brunch cocktail offerings – a staple and must-have offering to compliment a successful brunch. Brunch will include popularrosé options, as well as cocktails on the spectrum of colors and emphasizing mezcals and tequilas. Additional brunch favorites will also be incorporated into the brunch cocktail menu, such as bloody mary’s, bellini’s and mimosas. 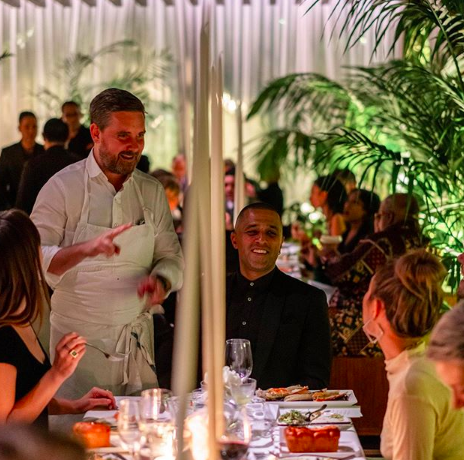 Commenting on the new weekend brunch menu at Ardor, Chef John Fraser said, “I wanted to be able to play it both ways. We’ve applied Ardor’s vegetable-forward philosophy to brunch, so there are plenty of colorful, flavorful and healthful dishes, but I also love to make brunch an occasion for casual indulgence. Our brunch cocktail line up is full of good reasons to make an afternoon out of it.” 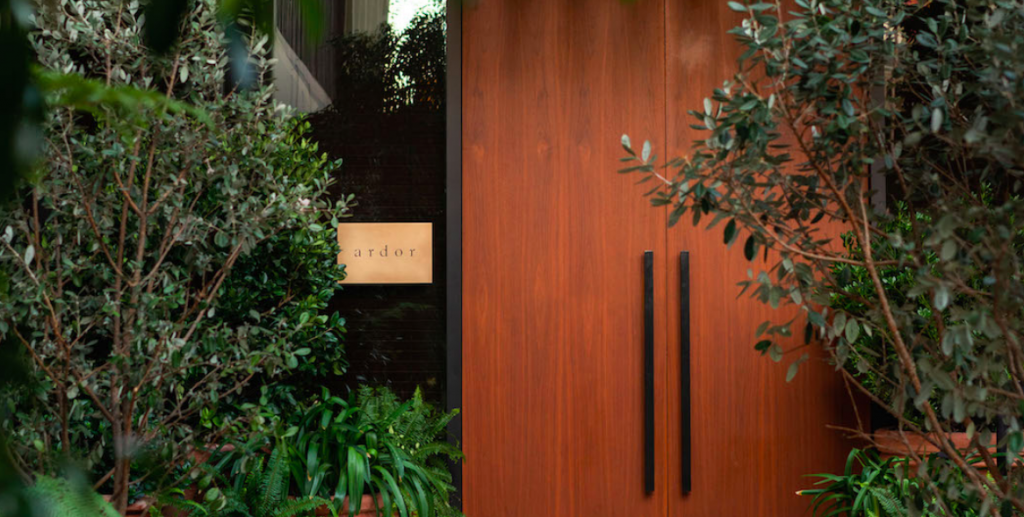 From Sofrito potatoes, to avocado toast, to sunflower fried chicken, Ardor’s new brunch menu at The West Hollywood EDITION will include favorites for the utmost discerning palate. 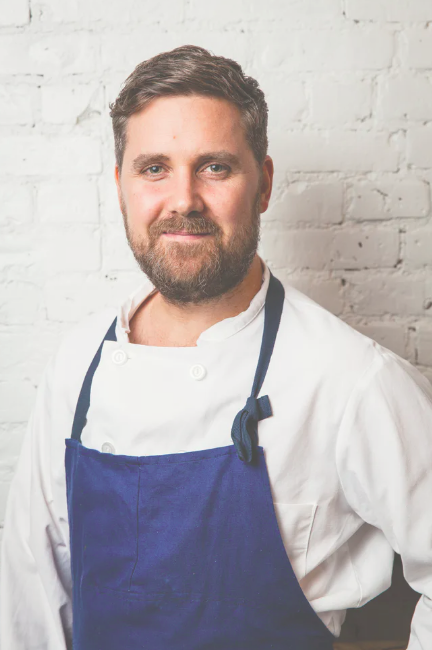 Born & raised in Los Angeles, John Fraser still draws inspiration from the nostalgia of
neighborhood bars and comfort food he grew up around in California. He refined his fine dining
expertise under the mentorship of Thomas Keller at The French Laundry in the Napa Valley,
before moving abroad to Paris to work at the revered fine dining restaurants Taillevent and
Maison Blanche. After moving to New York City, he delved into his Greek heritage while working
at Snack Taverna in West Village, before becoming Executive Chef at Compass which was
awarded two Michelin stars.

Today Chef John Fraser is the proprietor of JF Restaurants, which operates Michelin-starred Nix,
and four distinct dining establishments at hotelier Ian Schrager’s The Times Square EDITION.
The latter includes 701West, a fine-dining destination that recently earned three stars from the
New York Times. Since establishing himself as a New York-based chef in 2003 and launching
the restaurant group in 2016, Chef John has expanded significantly with new projects, including
The West Hollywood EDITION and its signature restaurant, Ardor serving modern California
Cuisine. www.jfrestaurants.com @ChefJFraser

The West Hollywood EDITION is located on the corner of West Sunset Boulevard and North
Doheny Drive, where West Hollywood meets Beverly Hills. Featuring 140 guest rooms and 48
suites with 2 penthouses. The hotel also features 20 luxury residences and over 6,500 square
feet of meeting and event space. The hotel boasts inspiring and sophisticated outlets which
include a signature restaurant, lobby lounge, basement club, expansive rooftop pool and a 6-
treatment room spa.

EDITION Hotels is an unexpected and refreshing collection of individualized, customized, one-of-
a-kind hotels which redefines the codes of traditional luxury. Displaying the best of dining and

entertainment, services and amenities “all under one roof’, each EDITION property is completely
unique, reflecting the best of the cultural and social milieu of its location and of the time.
Conceived by Ian Schrager in a partnership with Marriott International, EDITION combines the
personal, intimate, individualized experience that Ian Schrager is known for, with the global reach,
operational expertise and scale of Marriott. The authenticity and originality that Ian Schrager
brings to this brand coupled with the global reach of Marriott International results in a truly distinct
product sets itself apart from anything else currently in the marketplace.
Each hotel with its rare individuality, authenticity, originality, and unique ethos reflects the best of
the cultural and social milieu of its location and of the time. Although all the hotels look completely
different from each other, the brand’s unifying aesthetic is in its approach and attitude to the
modern lifestyle rather than its appearance. EDITION is about an attitude and the way it makes
you feel rather than the way it looks. Sophisticated public spaces, finishes, design and details
serve the experience, not drive it.
For an underserved market of affluent, culturally savvy and service-savvy guests, the EDITION
experience and lifestyle explores the unprecedented intersection and the perfect balance between
taste-making design and innovation and consistent, excellent service on a global scale. EDITION
currently operates nine hotels in New York, London, Miami Beach, Barcelona, Shanghai, Sanya,
China, Abu Dhabi and Bodrum, Turkey. Following the launch of its 10th property in West
Hollywood in Fall 2019, EDITION Hotels look forward to opening in Tokyo, Reykjavik, Rome and
Dubai in 2020. www.editionhotels.com