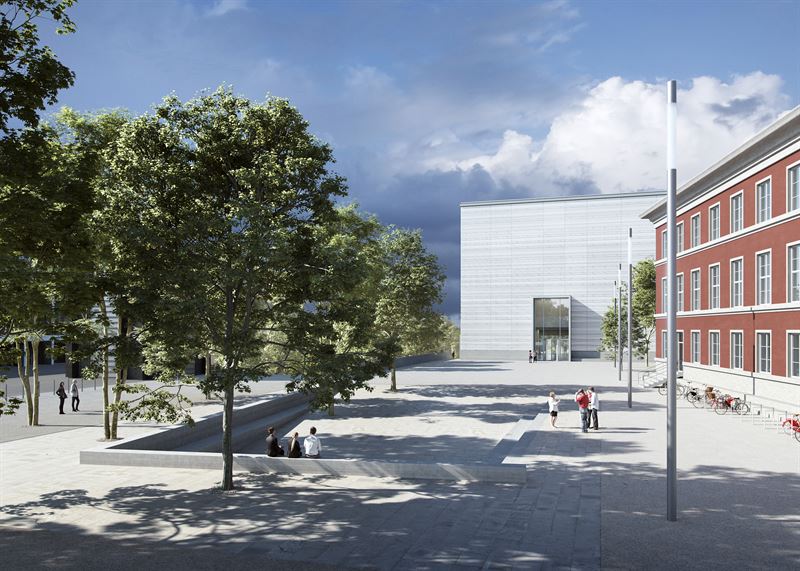 This year, 2020 marks the 75th anniversary of the United Nations, an organization with cultural, as well as political influence. The most obvious is UNESCO, the United Nations Educational, Scientific and Cultural Organization with its World Heritage sites. The German federal states of Saxony-Anhalt and Thuringia boast a rich array of sites, from natural attractions (forests and gardens) and religious places (connected to Martin Luther) to icons of the Bauhaus. In total six sites reflect the ideals of this innovative design movement, which began 100 years ago in Weimar and Dessau. In BauhausLand, (Thuringia & Saxony-Anhalt) the centenary celebrations might be over, but these buildings continue to be inspirational. And, just south of Berlin, they offer easy-to-reach vacation destinations for 2020.

The UN’s 75th birthday and the BauhausLand connection 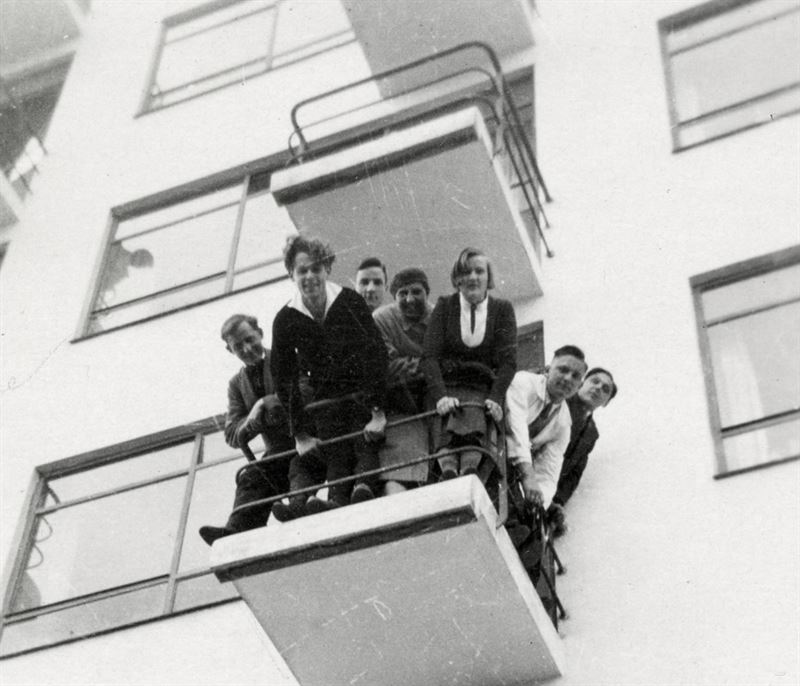 To walk into the living room of the Haus am Horn is to step into history. Designed and built in 1923, this white, cube-shaped villa, set in a park in Weimar, looks unremarkable today. But a century ago, it was revolutionary. It was functional, affordable and a new way of living, with a tiled bathroom, a fitted kitchen, a children’s room, but surprisingly high windows. As guides point out: “The Bauhaus designers made mistakes, but you have to remember that they were experimenting with new materials. And this was built in just four months.”

Last year’s Bauhaus centenary celebrations rekindled international interest in Bauhaus ideas. And this year’s 75th anniversary of the United Nations is a reminder of the organization’s cultural as well as political influence, especially UNESCO’s World Heritage sites. In this region of Germany, think medieval Quedlinburg; Martin Luther’s connections with Eisenach and Wittenberg; dazzling greenery in historic gardens and forests. And in BauhausLand, six UNESCO World Heritage sites provide a vibrant link to the century-old movement and its creators. The Haus am Horn received World Heritage status in 1996, along with the Bauhaus University (Bauhaus-Universität Weimar), where the art and design movement was born in 1919. For fans, the office once used by Bauhaus founder Walter Gropius is a highlight. The walls are bare; the chairs, desk and sofa are precisely and geometrically arranged. Amazingly, this is still used as an office by visiting professors. 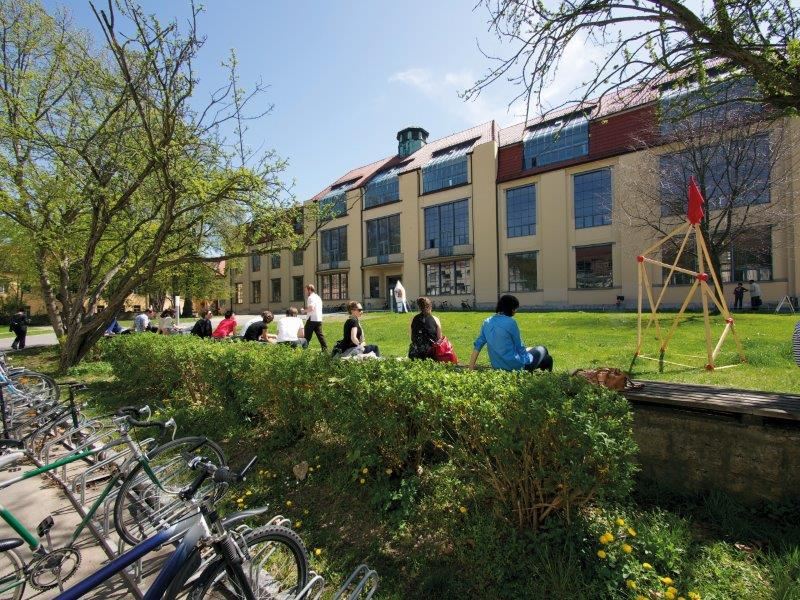 BAUHAUSLAND: A FRESH START IN DESSAU

Forced to move to Dessau by Weimar’s conservative government in 1925, the Bauhaus started again from scratch. The Walter Gropius-designed school building still looks contemporary today. With the name BAUHAUS marching down its side and an innovative “curtain” of glass, this block epitomizes Modernism. Yet this was also people-friendly, with its restaurant and theater, workshops and classrooms. And it is still a hive of creative activity, where visi-tors can even stay the night in what were Bauhaus student rooms!
Equally fascinating are the nearby Masters’ Houses, UNESCO-listed in 1996. These were the homes of Bauhaus professors, such as painters Paul Klee and German-American artist Lyonel Feininger. With their large glass windows linking indoor living areas to the outdoor surrounding pine forest, they could be straight out of today’s design magazines! 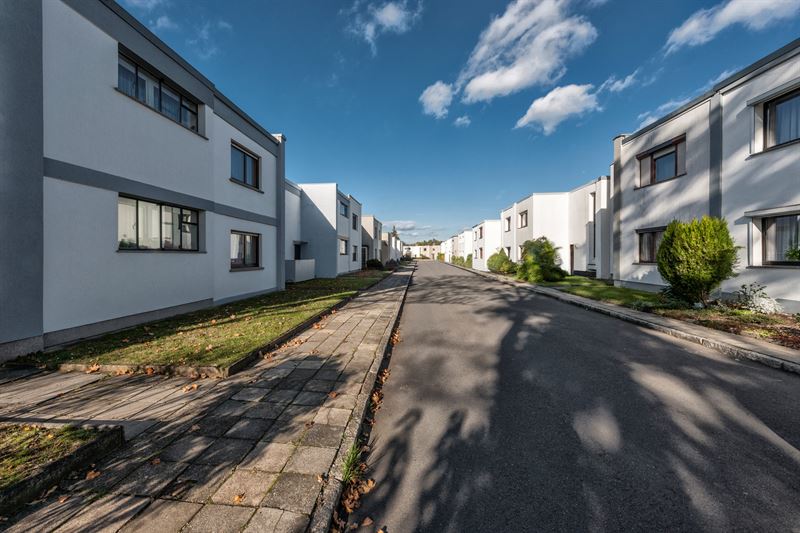 Gropius and his colleagues had a strong social conscience, evidenced by Hannes Meyer’s motto: “People’s needs, not luxuries.”  Typical is the Törten Estate in Dessau. Its terraced houses helped to solve the post-war shortage of affordable housing. In months, 300 were built, each two stories high, with terraces on the flat roofs and gardens for growing vegetables, rather than flowers. Today’s residents are proud to live in these “historic homes.” One, the Anton House, has been turned into a museum to recreate the way the house looked 90 years ago. In 2017, UNESCO also recognized the importance of Dessau’s Houses with Balcony Access, apartment blocks with outdoor balconies, where neighbors met and formed natural communities. All five blocks still provide social housing. Innovative in 1930, they may look like social housing anywhere in the USA. But the idea, like so many, began in BauhausLand. 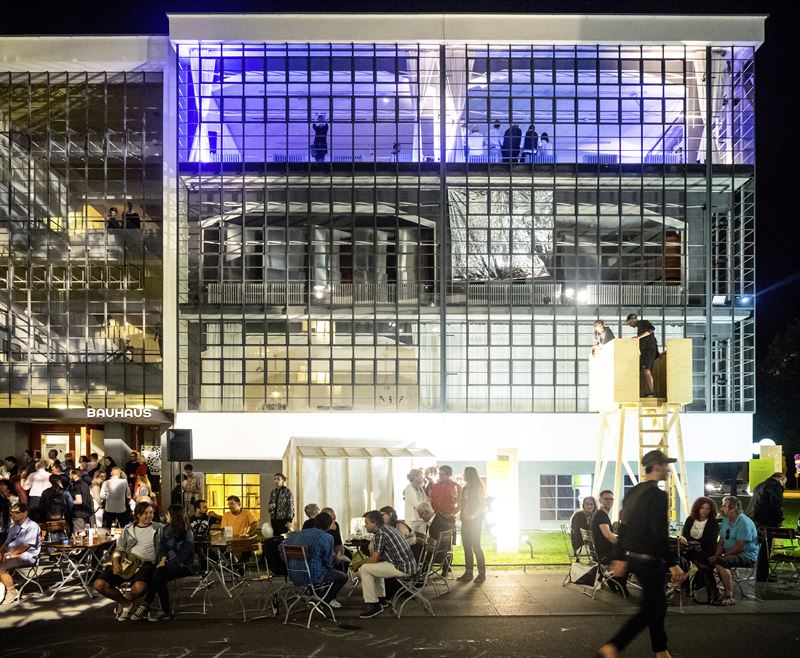 UNESCO’s accolades are everywhere in Saxony-Anhalt and Thuringia. Martin Luther changed the path of history in Eisleben and Wittenberg, Weimar and Wartburg Castle (all World Heritage sites). The green landscapes inspired Bauhaus painters; the countryside motivated Bauhaus architects to reconnect homes with nature; the 18th-century innovation of the Garden Kingdom of Dessau-Wörlitz (celebrating 20 years of UNESCO recognition this year) stimulated Bauhaus designers. Today, in Hainich National Park, visitors hike and bike part of the Ancient Beech Forests of Germany, listed by UNESCO in 2011.

Oxyfresh – the easiest way for keep your dog’s kisses minty!

Give the Gift of Self-Pampering This Valentine’s Day