World famous street artist Arlin Graff painted a mural at Central Park Zoo during Climate Week NYC to benefit the animals whose habitats have been destroyed in the fires ravaging the amazon.

Pieces of the mural, titled “Habitat Fragmentation,” are being auctioned off in two different sizes (2’ x 2’ and 2’ x 4’), and all proceeds will be donated to the Wildlife Conservation Society.

“Habitat Fragmentation,” created in partnership with Greenpoint EARTH, depicts a parrot native to the Brazilian Amazon. It was spray painted onto plywood. Each piece of the original 8’ x 16’ mural will be signed by Arlin Graff. 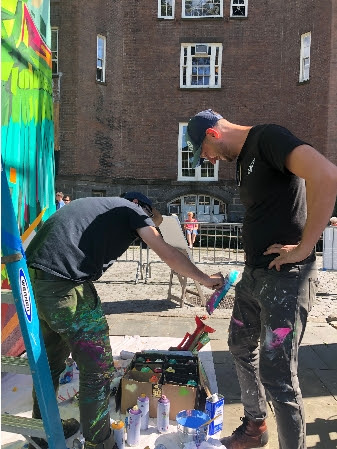 “Everything in nature is connected,” said Graff, who donated his time and art to the project.  “Everyone who takes home a piece of this mural is part of a larger effort to protect our natural world.”

Graff is a Brazilian artist whose vibrant, prismatic murals of animals have been commissioned for buildings and galleries all over the world. “Habitat Fragmentation” and the live-painting activation at Central Park Zoo was produced by Greenpoint EARTH, a new initiative from Greenpoint Innovations that raises awareness of climate change and nature-based solutions. 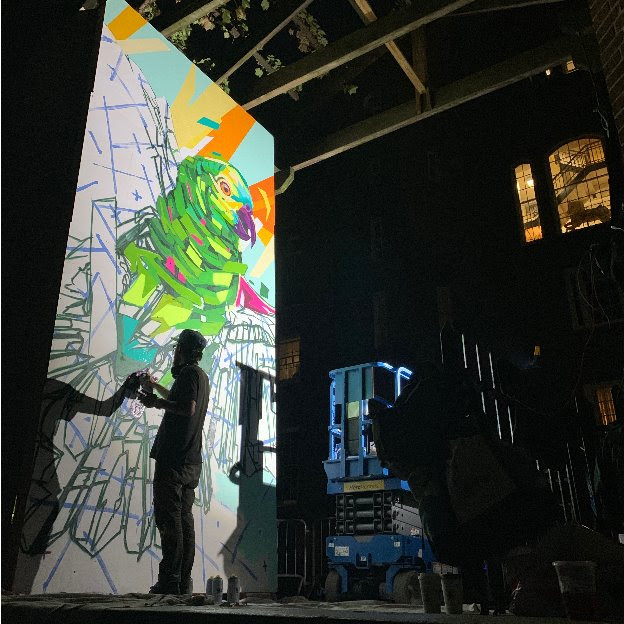 In lead up to the United Nations Secretary General’s Climate Summit and Climate Week NYC 2019, Greenpoint Innovations launched Greenpoint EARTH to be the company’s creative hub for ‘art plus purpose’ projects to raise awareness about climate change and nature-based solutions.

Greenpoint EARTH’s 2nd Mural Project @ Central Park Zoo with internationally-acclaimed artist, Arlin Graff, to paint an ‘Animal of the Amazon,’ in lead up to the 4th day of Nature’s Climate Hub on 09/25. In collaboration with the Wildlife Conservation Society and Nature4Climate, Greenpoint EARTH’s latest project will bring to life the story of Brazil’s fiery deforestation and how it leads to impacts on our climate, and the critical life-sustaining habitats of this tropical forest environment.