What if the stakes of a good first impression was LIFE or DEATH? That’s the reality for shelter dogs.

August 10th is ‘National Spoil Your Dog Day,’ but let’s not forget about the MILLIONS of shelter dogs that deserve some pampering too. Sadly, most dogs enter shelters dirty and matted. And less than half get the grooming they need so their lovable, adoptable personalities can shine through.

To spotlight the influence grooming can have on dog adoption, pet industry leaders Wahl and GreaterGood.org teamed up to donate funds and grooming supplies to shelters nationwide. Hundreds of these amazing makeovers can be seen in the Dirty Dogs Before & After Photo Gallery (DirtyDogsGallery.com) – including the… 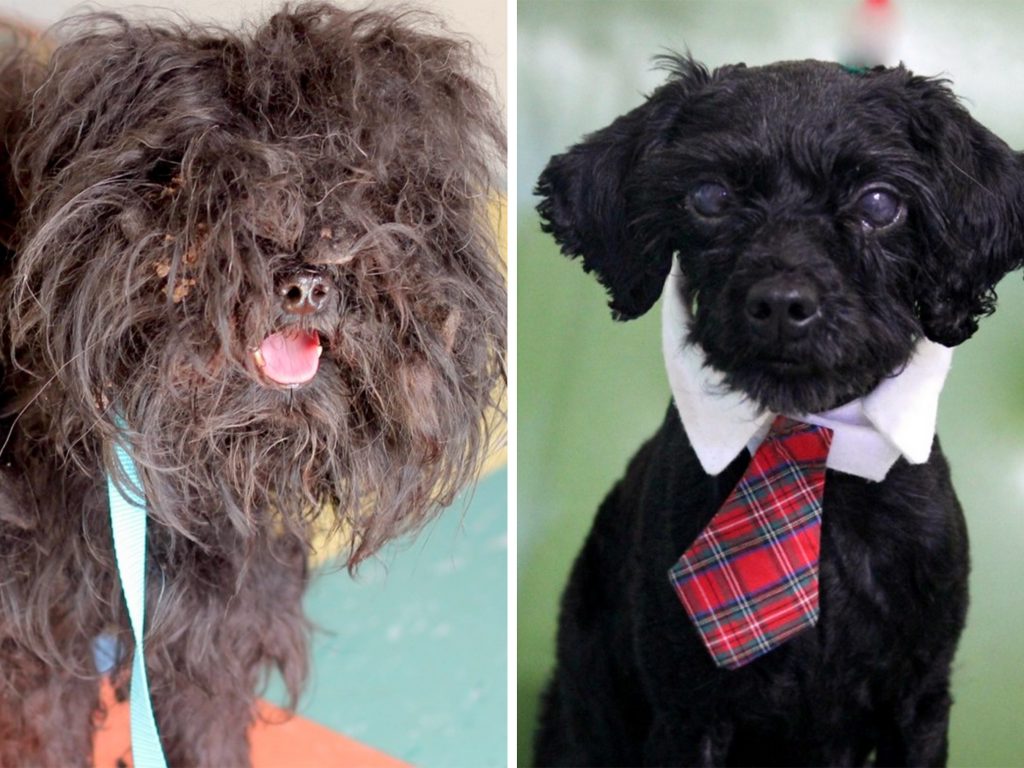 Griffin was in a kill shelter before being saved by the local Humane Society. He was in horrific shape as the severe matting was causing nerve damage in his back legs and irritating his sensitive eyes. Once groomed, he turned into a completely different little dog. Free from all that fur, Griffin was able to walk and play like a normal pooch. 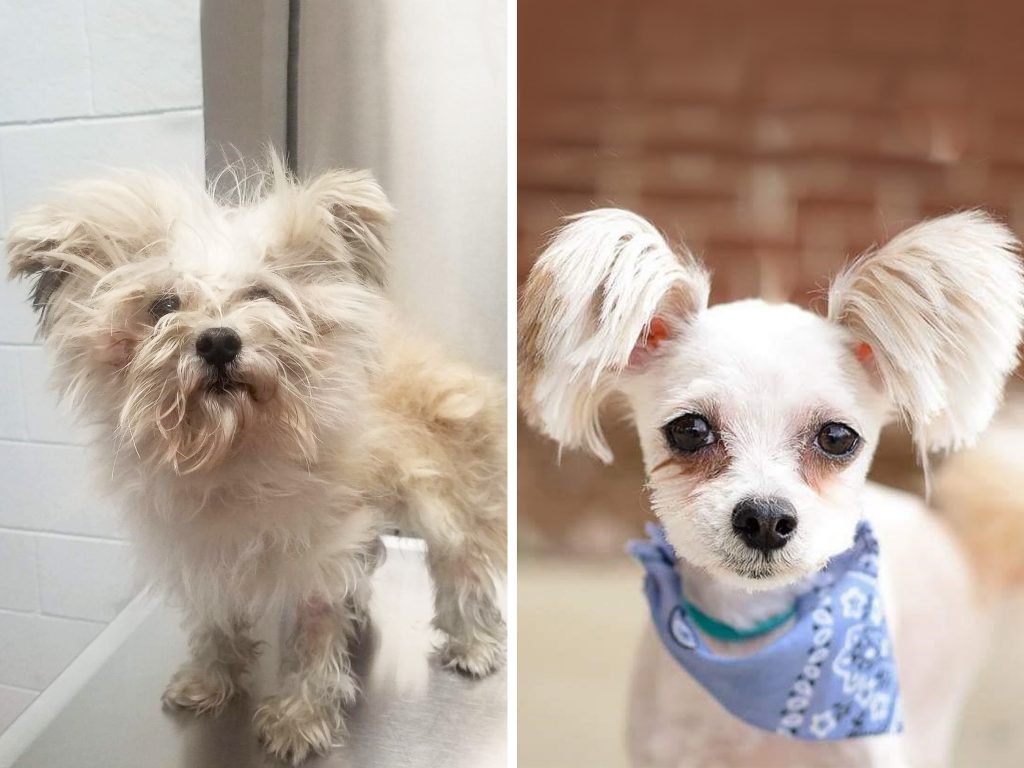 Gallagher was rescued from animal control where he arrived as a stray. A dirty, matted and miserable mess, during Gallagher’s grooming he had to lose most of his fur. However, while Gallagher lost his fluff, he got to keep a bit of flair on his ears and tail. 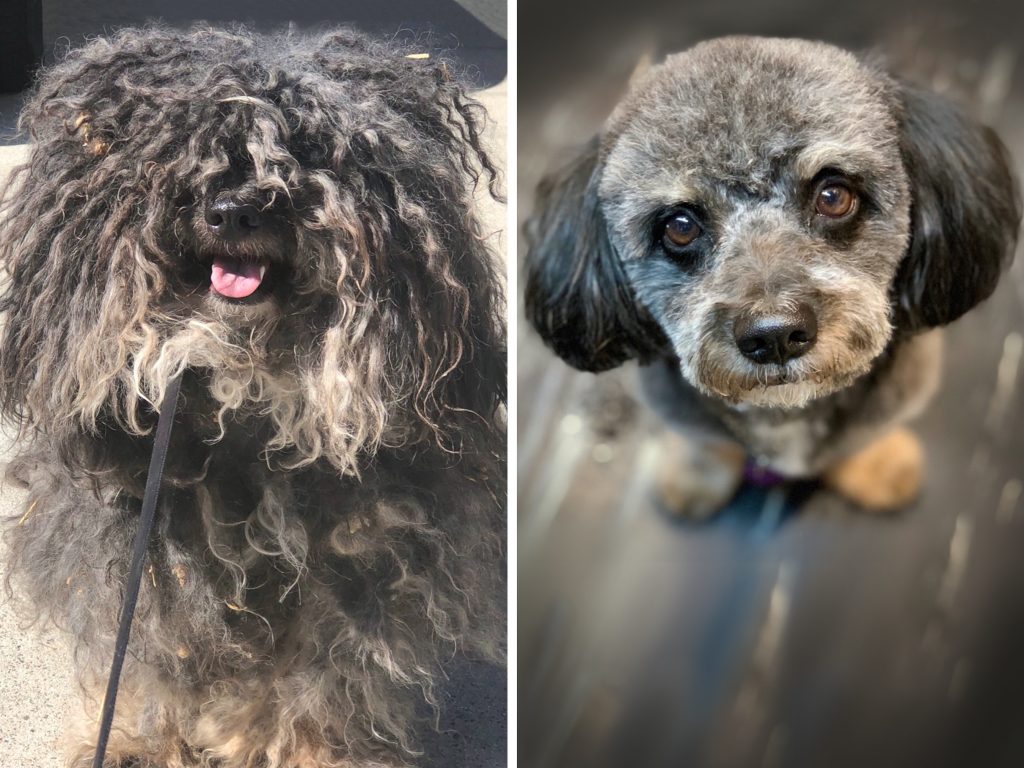 Dexter was found living on the streets, and it was clear he’d had it hard for a long time. He was a mess of matted dreadlocks so long he could barely see. However, under all that uncomfortable fur was a sweet boy who sat patiently as burrs, foxtails and even pieces of plastic were cut out of his coat. 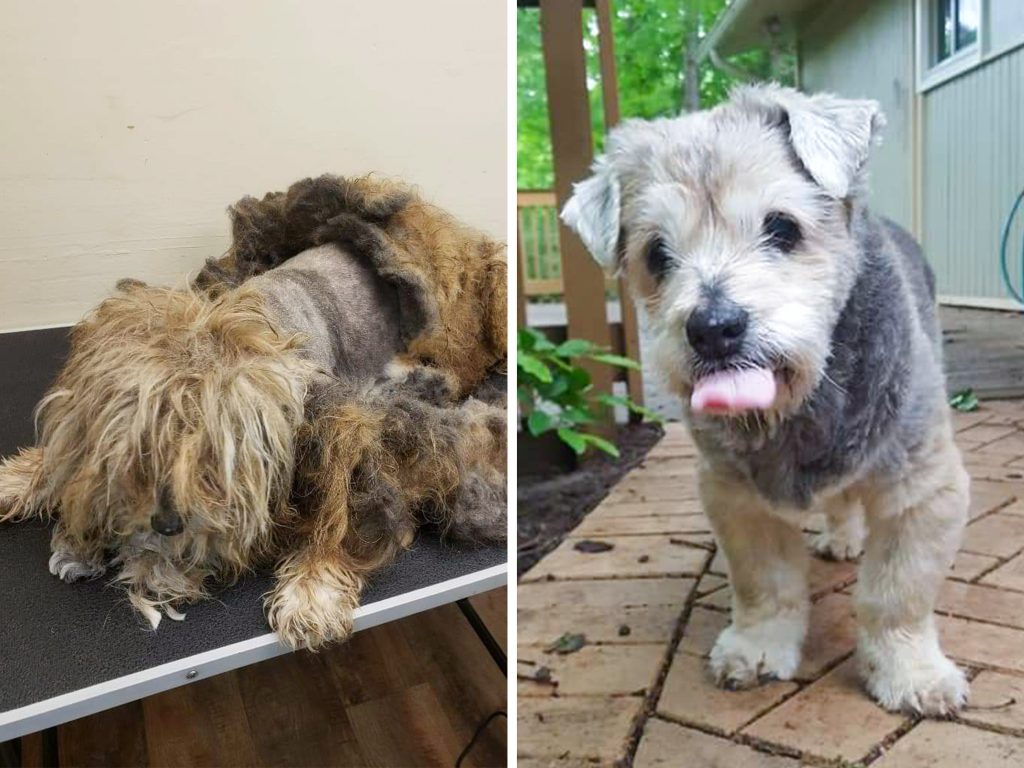 Arlo was found by the side of a country highway. He was taken to the local shelter where he was quickly groomed to remove painful mats. His rescuers didn’t know much about his prior life, but at about 10 years old, it was clear he’d had a long rough road. 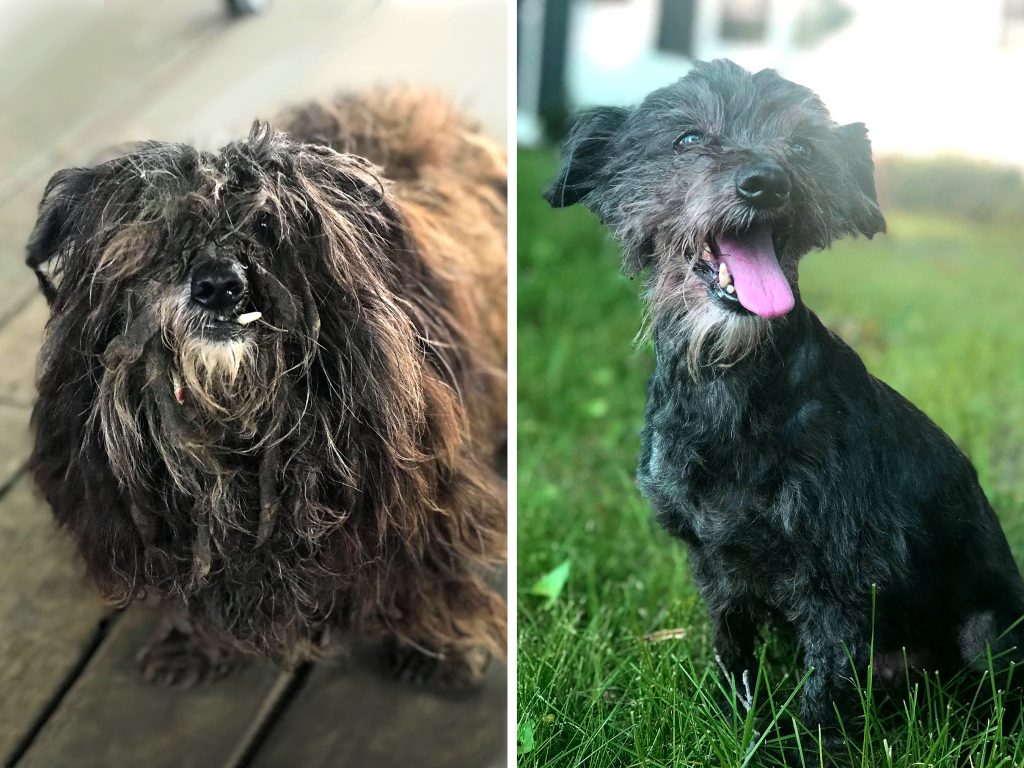 Berkeley was living a life with little to no care, never even being allowed inside. What’s worse, his one companion, a senior St. Bernard, had recently passed away. Luckily things turned around for Berkeley. Once rescued, he was swiftly groomed and freed from nearly five pounds of muddy fur so matted a fishing lure was found tangled in it. 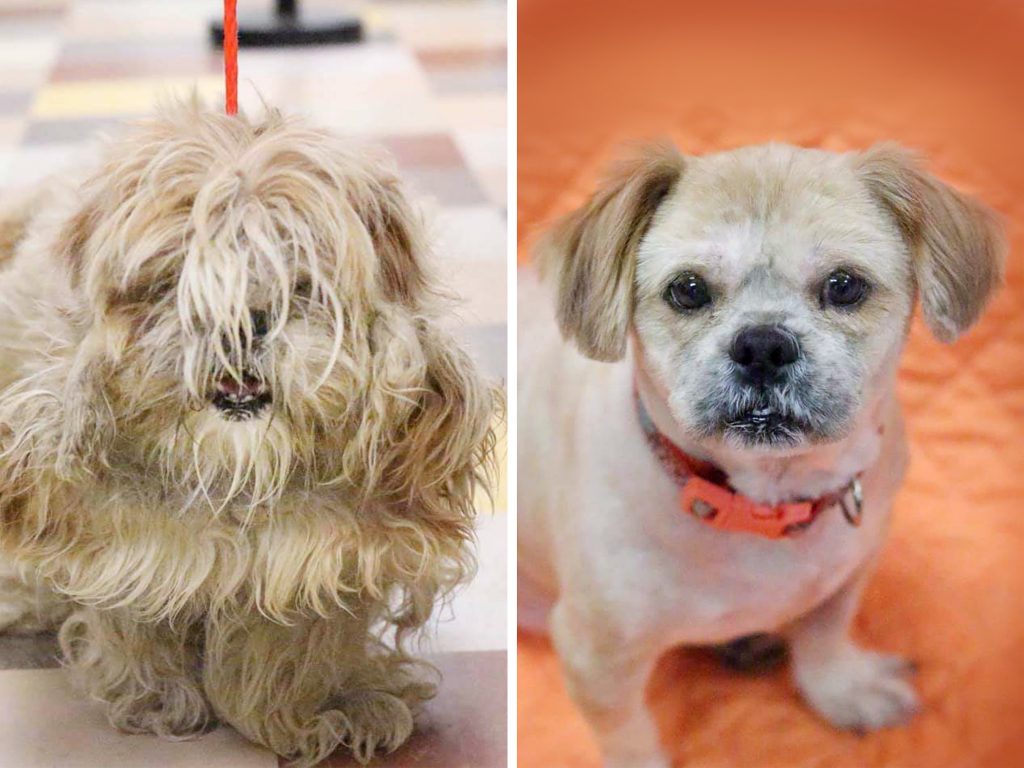 Ollie was originally found by animal control, but thankfully found his way to a rescue. Once safe, he was given a desperately needed grooming to remove painful mats. The transformation revealed a happy, adorable dog. 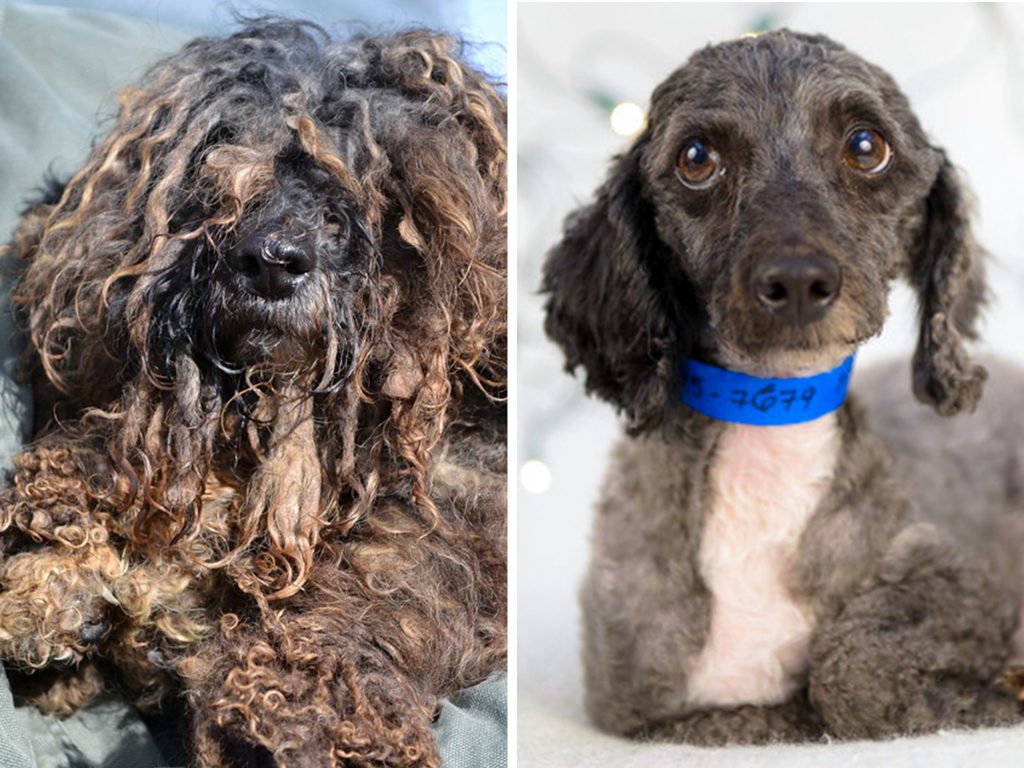 Gaston arrived at his rescue nearly unrecognizable as a dog, let alone a poodle. Neglected for years and only used for breeding, his life was bleak. After hours of grooming, Gaston’s transformation was incredible and his personality blossomed. 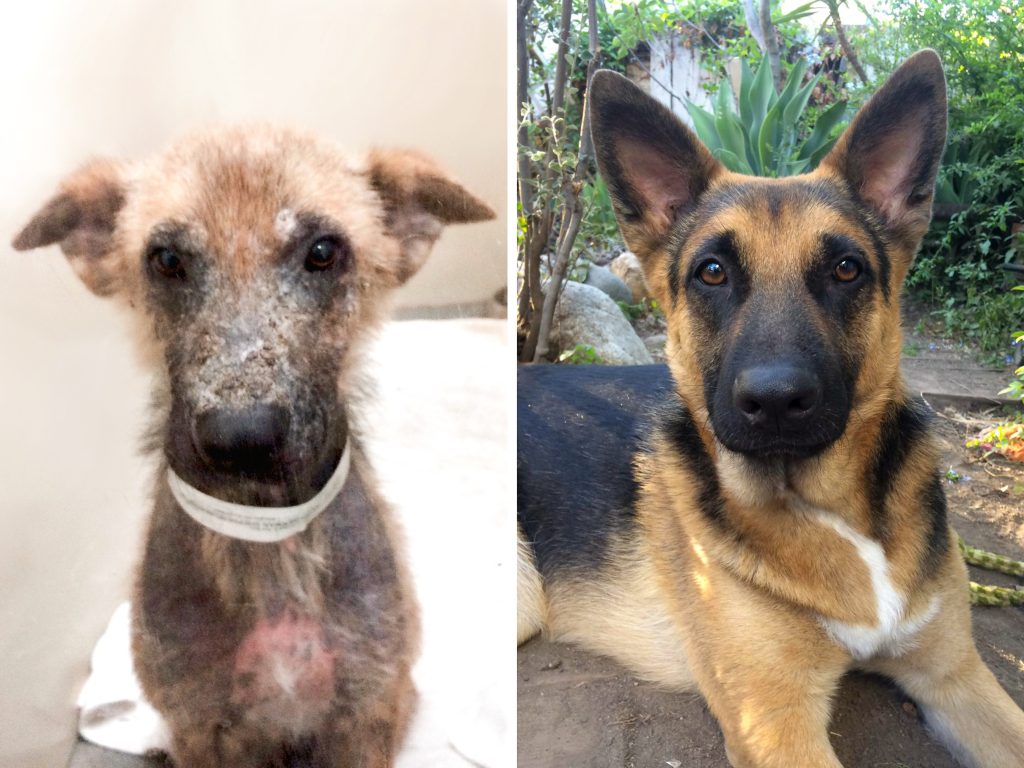 Zorro was rescued from a rural field at only seven months old. With nearly no fur and crusty scabs covering his skin, his rescuers couldn’t even tell what kind of dog he was. Due to some health issues as well as neglect, this sweet puppy was in constant discomfort. However, after a long road of restorative baths and medications, a gentle German Shepard emerged. 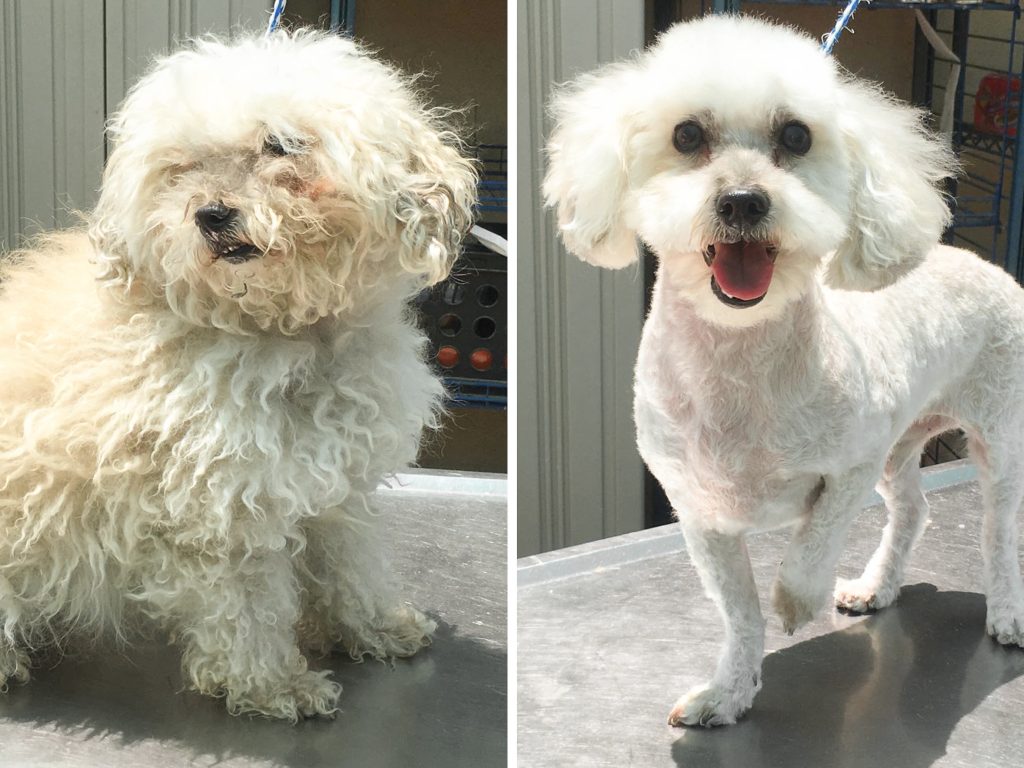 Odie’s owners lost their home and had to surrender him to a rescue. He arrived scared and with thick, matted fur. With temperatures at nearly 100 degrees, he desperately needed to be groomed. Once he had a fresh, clean coat he was instantly more comfortable and his character shined. 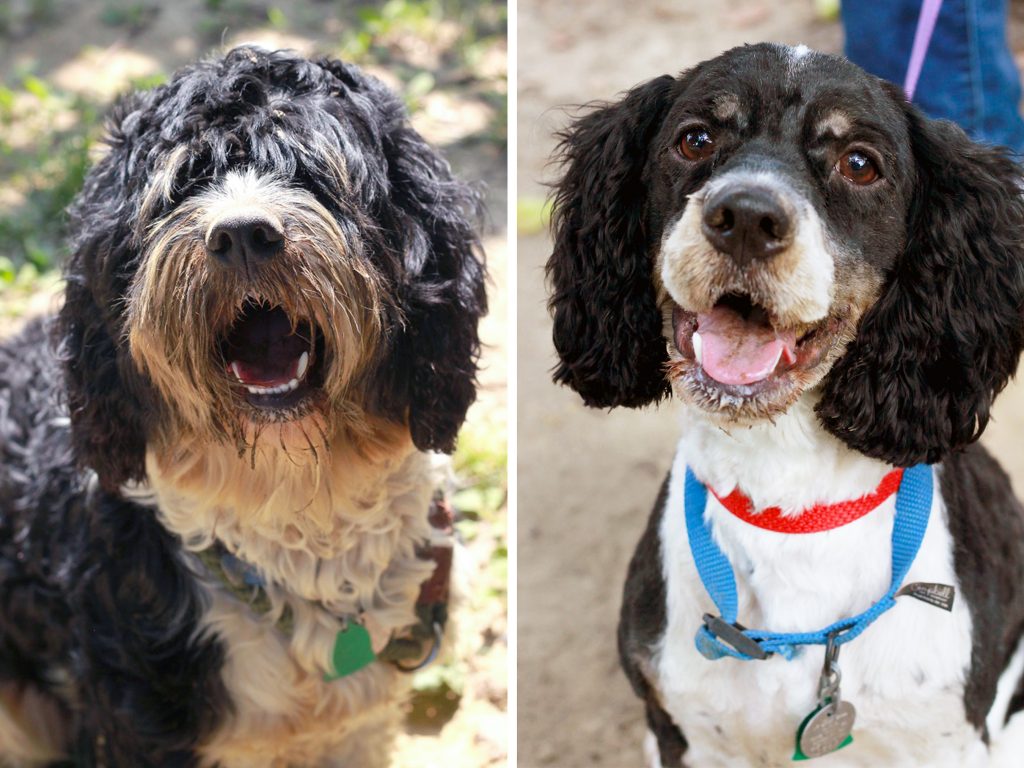 Jasper was surrendered to a shelter when his owners decided he wasn’t a good fit for their family. At just two years old, Jasper was a world of energy, and it was clear he wasn’t getting the exercise, care or attention he deserved. After a proper grooming and some training, Jasper is on his way to becoming the perfect pet.

You can help shelter dogs too. From now until August 19, 2019, vote for your favorite of the Top 10 Dirty Dogs and help a shelter win a monetary grant in the seventh annual Dirty Dogs Contest (dirtydogscontest.com).