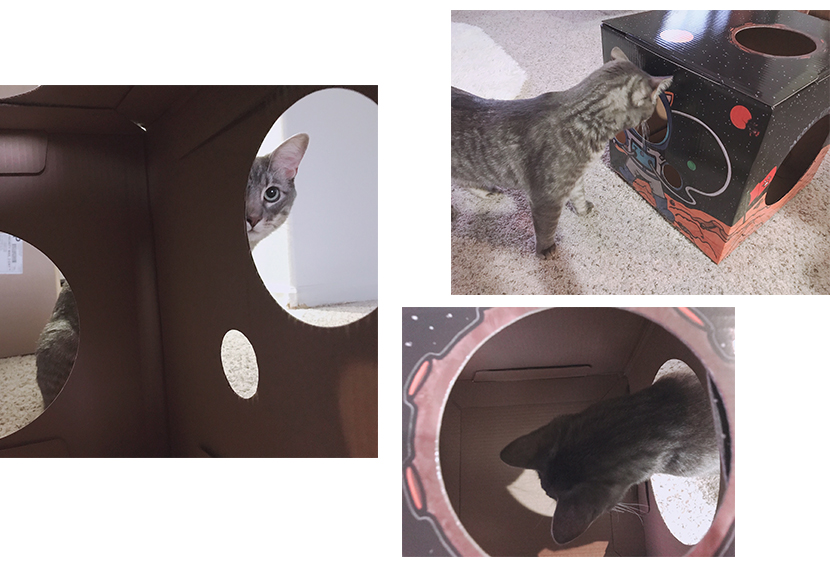 Well, it is not only a toy,
but a lovely space house that he can play with,
rest at and entertain himself for hours. 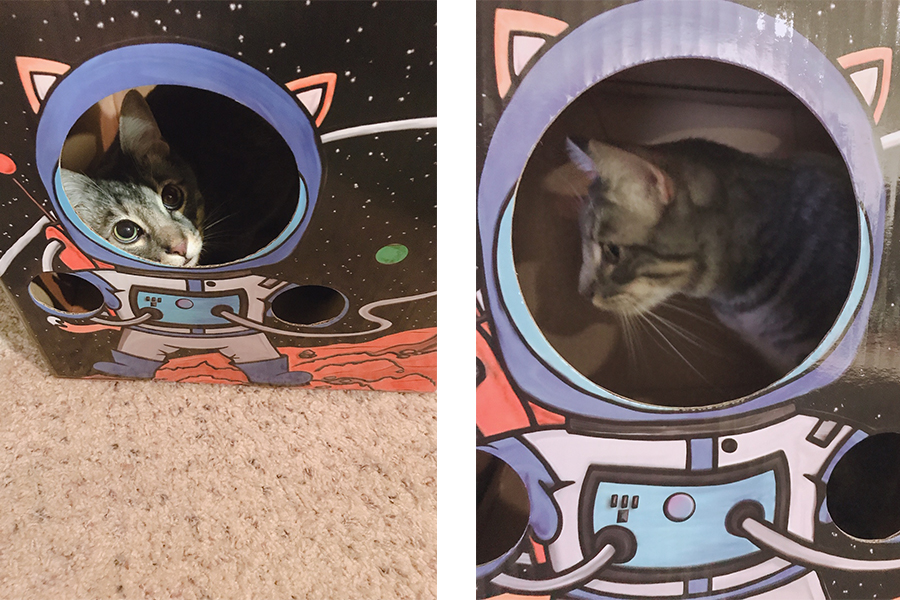 It is a cardboard box from Kitty Cardboard. 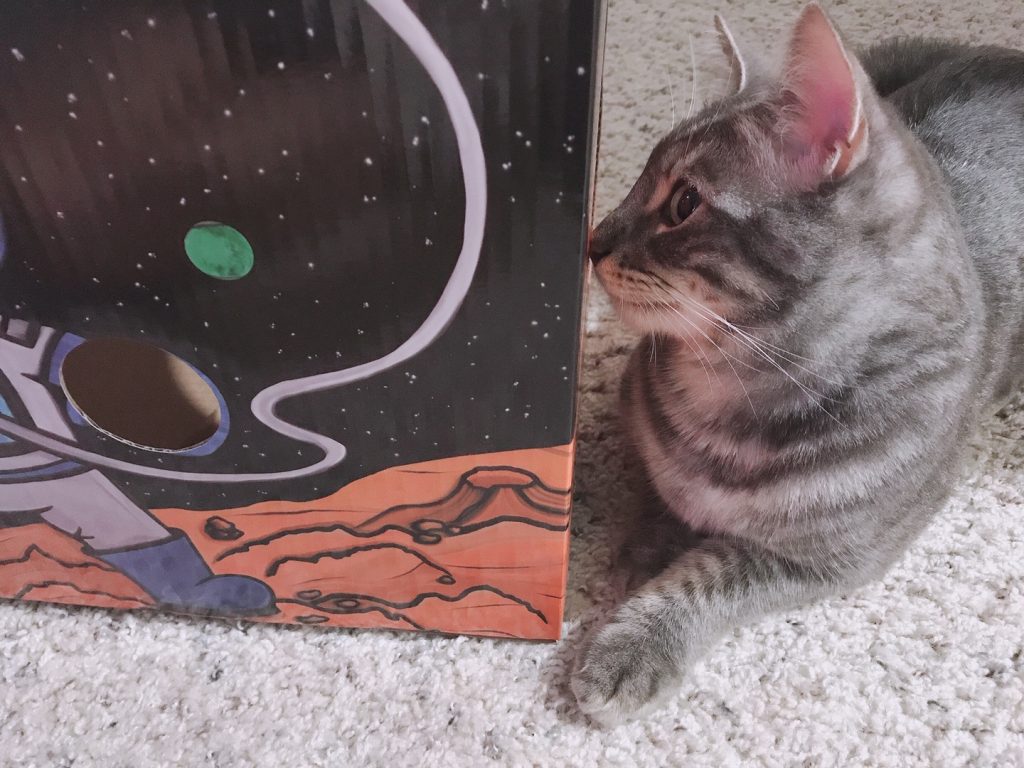 Kitty Cardboard has developed high-quality designer cardboard boxes for cats that are colorful and whimisical. You will be proud to put them anywhere in your home-they’re that nice!  These designer boxes have been flying off the shelves since their inception. They have also been a huge hit with Instagrammers (sic) who have kitty-cat influencers, because the boxes are POST PURRRRFECT!  The current designs are: Jungle Box, Meowter-Space and Purradise with new boxes available soon for the season: Spooky Box and Meowchristmas! Kitty Cardboard is charitable  and devoted to homeless cats and donates one box to a shelter for every box sold. https://kittycardboard.com/our-story/

Made in the USA. 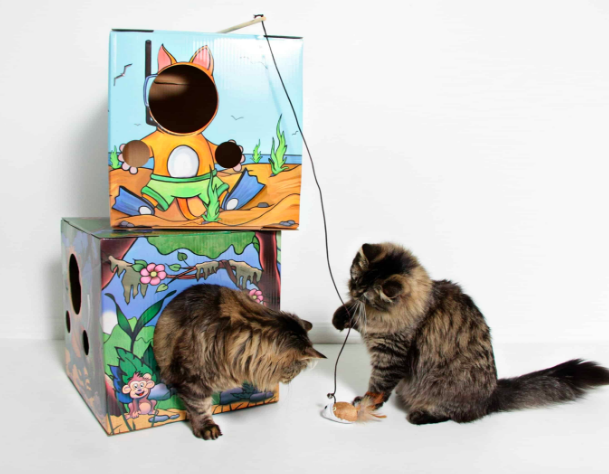 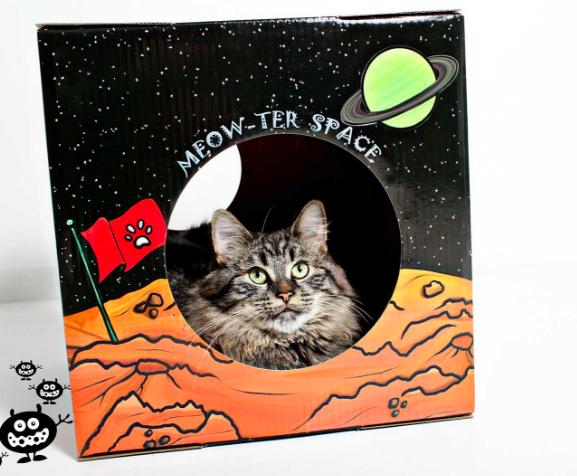 BACKGROUND: Cat’s Are Odd Birds and Why?

Cats like boxes, like toddlers love banging spoons on pots and pans.  You can buy the coolest cat tower or toddler toy, but they will always go back to their favorite.  Why do cats like boxes?  Behaviorists claim that they are cryptic hiders, which means they pounce then retreat to their safety place. They also sleep on an average between 18-20 hours a day. That’s a long time and so they seek a den like shelter that keeps them safe from predators-it’s in their DNA. Also, the comfort temperature for a cat is 82-97 degrees! By staying in a box like shelter, they don’t expend as much energy and stay cool in the heat and warm in the cold. Kitty Cardboard is the solution to catscrazy cardboard preference! 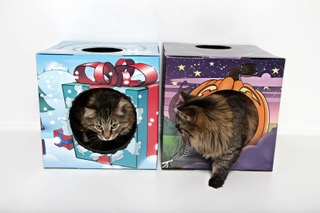 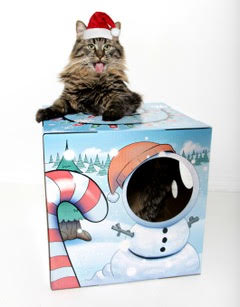 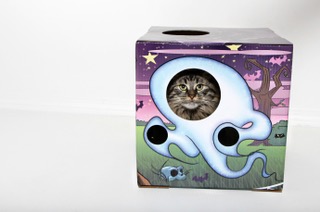 Another known fact that has recently evolved with not only the owner of Kitty Cardboard , but also with Ethologist, Claudia Vinke, Utrecht University in the Netherlands. They have independently observed that when boxes are provided in shelters for cats, the cats with the boxes are less stressed, play more and acclimate much faster to their new environment! Kitty Cardboards donates a box for every bought box. 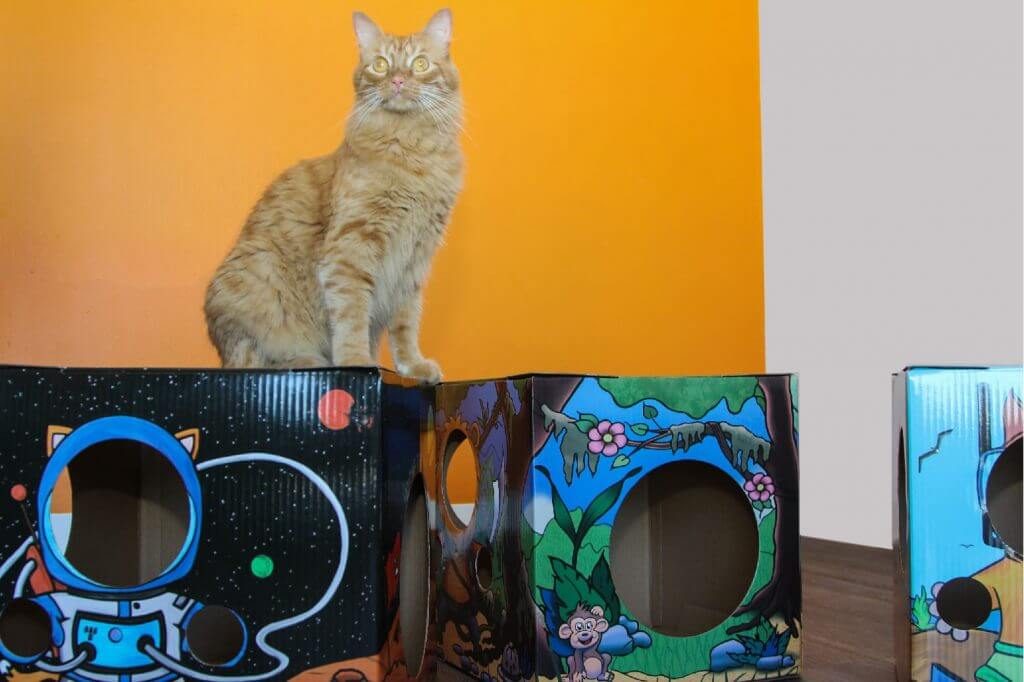 Get a box right now at kittycardboard.com and let your kitty have more fun experience with their favorite cardboard box!

SMILE! SOX™ for the whole family!

For a Limited Time Only: PBfit Introduces Pumpkin Spice Flavor