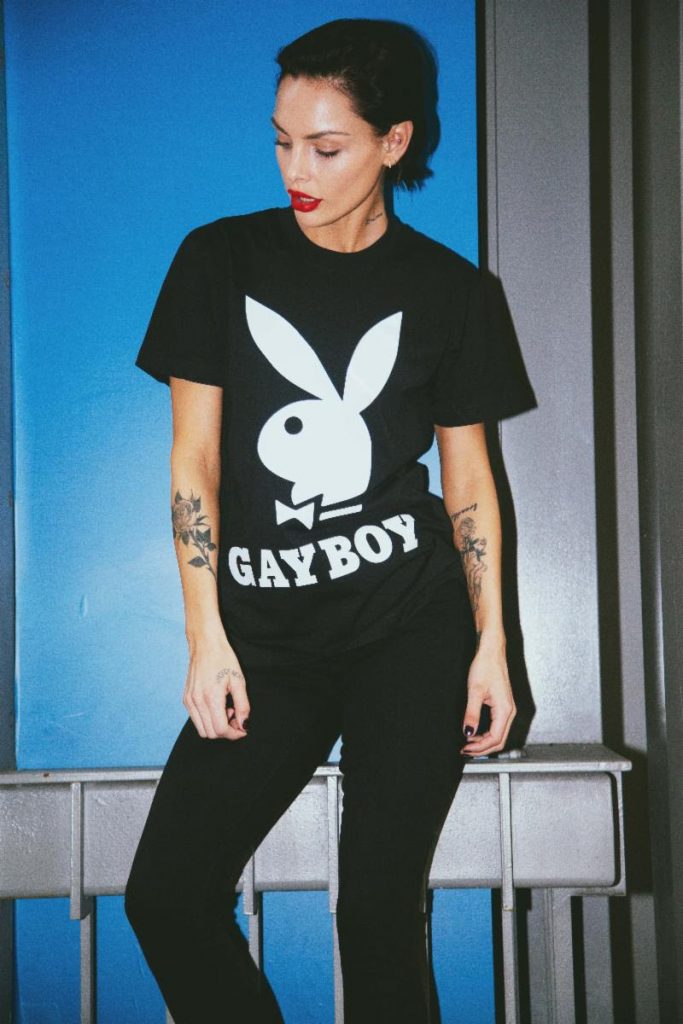 As Playboy prepares for its New York City residency with a special Playhouse popup in Soho – a keystone element of its PRIDE IS GOOD initiative – the company announced a very special collaboration with Moschino to celebrate WorldPride.
Playboy X Moschino’s edgy unisex sportswear collaboration creates eight limited edition products in which the brand’s iconic logo is transformed by Moschino from “Playboy” into “Gayboy,” reflecting both brands’ enthusiastic stance on supporting inclusiveness and fighting for LGBTQ rights. 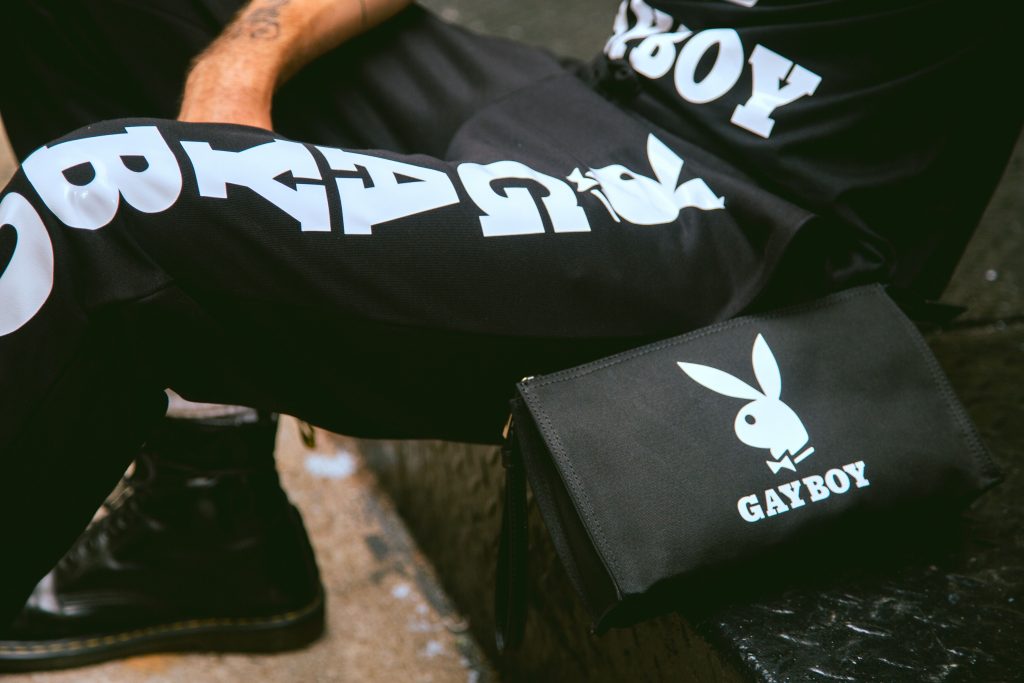 The Playboy X Moschino PRIDE IS GOOD collection will be available beginning tomorrow at Moschino.com as well as in the Moschino flagship stores in Los Angeles and New York and at Playboy’s Playhouse which opens to the public on Thursday, June 20thand runs through June 23rd at 150 Wooster Street. 100% of Playboy’s net proceeds from Moschino merchandise sold at the Playhouse will benefit The Trevor Project, the world’s largest suicide prevention and crisis intervention organization for LGBTQ youth. 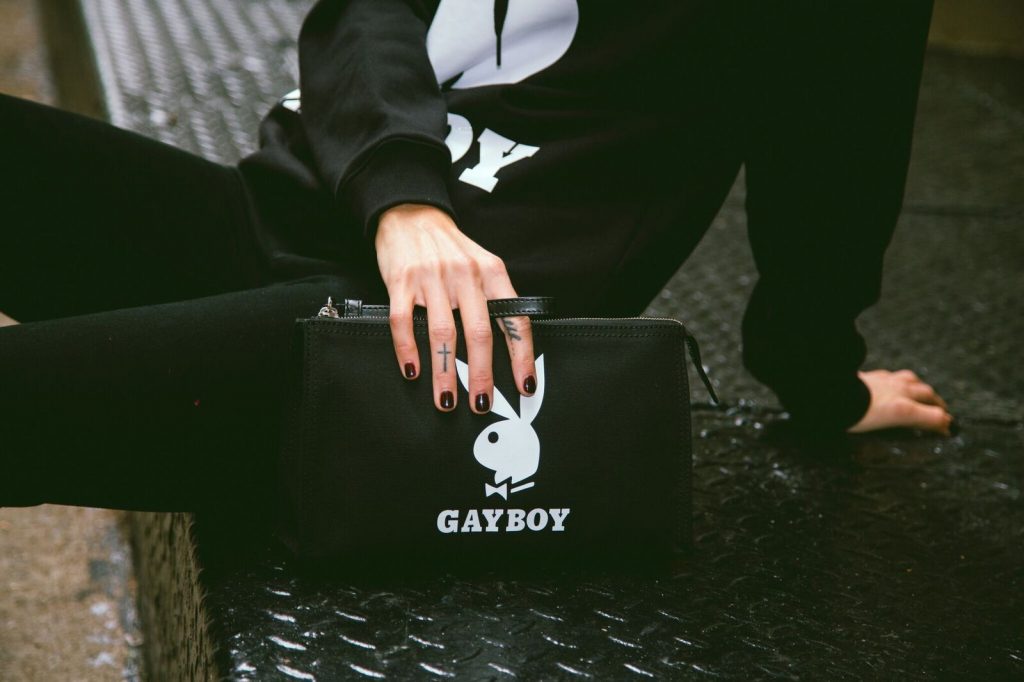 The Moschino collaboration marks the first time in recent memory that Playboy has allowed its globally recognized logo to be changed.  Moschino Creative Director Jeremy Scott said, “Getting to do a twist on the iconic Playboy logo and support a crucial cause at the same time…. How could I say no?!”
This isn’t the first collaboration between Playboy and Moschino. The two brands came together for Moschino’s Resort 2018 collection with a line of apparel and accessories featuring the ever-popular Moschino Toy adorned with the iconic Playboy Bunny accessories. 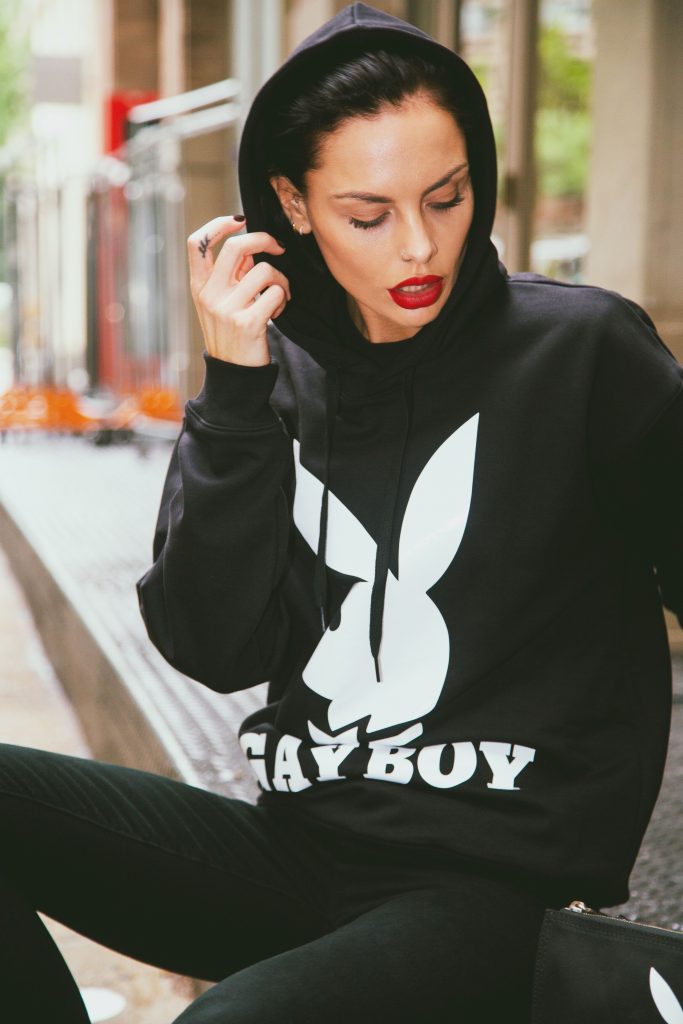 About Playboy Enterprises, Inc.
Playboy, one of the most iconic brands in history, reaches a global audience with a diverse portfolio of consumer products, gaming and hospitality and content offerings. Six and a half decades later, what began as a smart, sophisticated and playful men’s magazine has evolved into a global, purpose-driven lifestyle brand that drives more than $3 billion in annual retail sales of Playboy consumer products across 180 countries.
About Moschino
Italian luxury brand, Moschino was founded in 1983 and rose to the forefront of the international fashion scene through the ironic, tongue-in-cheek designs. In 2013, Jeremy Scott was appointed Creative Director and the brand hit a new high with his unexpected original designs that paid homage to Franco Moschino’s original concepts but were infused Scott’s unique vision and sartorial wit. Moschino S.p.A. is the owner of the Moschino brands. The company, which was a licensor of AEFFE S.p.A. since from the brand debut in 1983, was acquired by AEFFE S.p.A. in 1999.
0 Comments
0