Governor Michelle Lujan Grisham and the New Mexico Arts Commission announced the artists and major contributors to the arts who will be recipients of the 2019 Annual Governor’s Awards for Excellence in the Arts.

“Art is intimately woven into the fabric of our great state,” Gov. Lujan Grisham said. “Artists uplift us, inspire us and tell the stories that define us. I’m humbled to have the opportunity to celebrate the diverse and unique talents of these incredible artists and supporters of the arts. Their creativity and commitment to craft represent the very best of the Land of Enchantment.”

The 2019 Governor’s Arts Awards ceremonies will be held Friday, Sept. 20, at 5:30 p.m. at the St. Francis Auditorium in the New Mexico Museum of Art in Santa Fe. The ceremony is preceded by a public reception beginning at 4:30 p.m. in the museum courtyard. A hosted open house exhibiting the awardees work will take place in the Governor’s Gallery at the State Capitol from noon to 4 p.m. Both the awards ceremony and gallery open house are free and open to the public. Earlier in the day, the awardees and their families will be hosted by the Governor at the Governor’s Mansion at a private brunch. 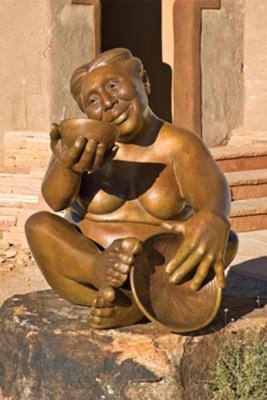 Nominations are accepted from arts groups and interested New Mexicans. All nominations are reviewed by a committee of the New Mexico Arts Commission, which sends its recommendations to the full commission and to the Governor. 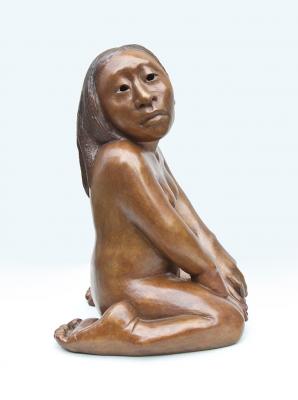 Governor Lujan Grisham and the New Mexico Arts Commission announce that the awardees for this year’s Governor’s Awards for Excellence in the Arts are: 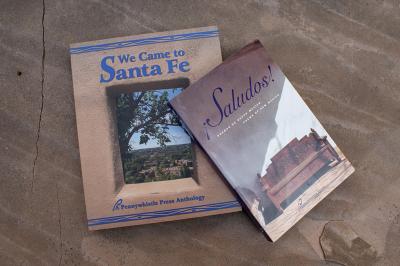 Major Contributors to the Arts:

5. New Mexico PBS/KNME ¡COLORES! of Albuquerque, Major Contributor to the Arts: Non-commercial, educational and inspirational, ¡COLORES! is dedicated to telling stories about the remarkable creative spirit, the rich multicultural communities, and extraordinary history found in the Land of Enchantment. It is a weekly art series that features local and national stories about film, visual and performing arts, theater, photography, literature, painting, sculpture, poetry and dance. Since 1989 they have produced over three hundred thirty-minute and one-hour programs. Featured artists include Arlene Cisneros Sena, Allan Houser, Rudolfo Anaya, Judy Chicago, Nicholas Herrera, Elodie Holmes, Peter Hurd and Georgia O’Keeffe. Through a variety of media platforms, ¡COLORES! brings New Mexico’s art, culture, and history to households across New Mexico, the U.S. and the world. With broadcasting and cable they reach over 1 million homes throughout the state. Available via the internet, the series can be viewed from anywhere. Its programs have been included in museums across the country, at community events, and in classrooms from elementary school to higher education. ¡COLORES! has received a National Emmy nomination for Community Service, several southwest regional Emmys, the Jury Prize at the Telluride Mountain Film Festival, and a showing at the Smithsonian’s Latino Film Festival. They celebrate their 30th anniversary this year. 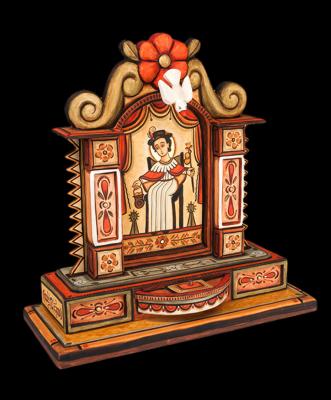 6. Lee Gruber of Silver City, Major Contributor to the Arts: Lee Gruber has been a major force in her community through initiating ideas and shepherding them to reach goals that promote contemporary visual art, foster an understanding of the history of New Mexico cultural arts, and nurture an environment that will economically support the business of art. Gruber founded the Silver City tile business Syzygy with her husband over 25 years ago. Though she recently retired, Syzygy continues to thrive making architectural ceramics whose production process embraces technology for building construction worldwide while maintaining an artistic sensibility. The company’s many actions as part of their community include donating an estimated $50,000 of materials over 20 years to local organizations and projects. As board president of the Southwest New Mexico Arts Culture and Tourism, Gruber led the establishment of the Silver City Arts & Cultural District, where she was board president. Through her vision were established both the Silver City Clay Festival and the Southwest New Mexico Clay Arts Trail. The Clay Festival has evolved into a national event of exhibitions, workshops and demonstrations. The Clay Trail, begun in 2013, has grown to 60-70 member sites in Luna, Hidalgo, Grant and Catron counties. It also partners with historic sites related to clay such as the Gila Cliff Dwellings and the Mimbres Cultural Center.