You know how hard it is to keep kids to play the same game again and again. Yes, that’s why we need new games. But, where to find new games – fun and cool enough to let kids just stay there to play with? 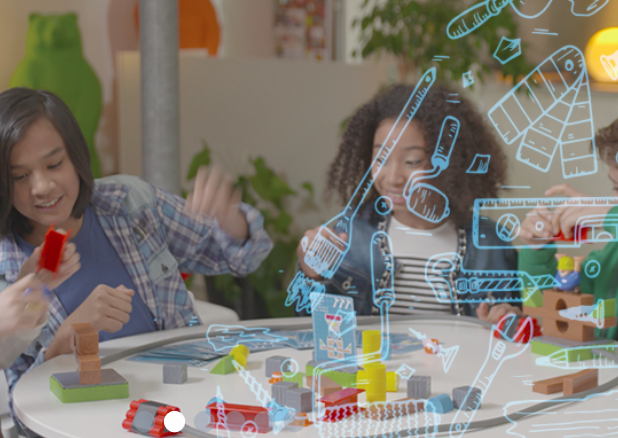 No worries! Goliath, a leading global toy and games company, announced its acquisition of the Vivid Toy Group from Privet Capital for an undisclosed sum.

Vivid is one of Europe’s leading independent branded toy and games companies, distributing, licensing, designing, manufacturing and selling a combination of in-house developed toy and games IP and third-party licenses. The Company has distributed critical partner brands in over 60 markets worldwide to leading retailers such as Amazon, Argos, Auchan, Carrefour, Mueller, Smyths, Target, Tesco, The Entertainer, and Walmart. The Company is headquartered in the UK (Guildford), and has additional sales and marketing operations in France (Paris) and Germany (Frankfurt), as well as operations in China (Hong Kong). Vivid’s core product lines are toys, games, and arts & crafts. 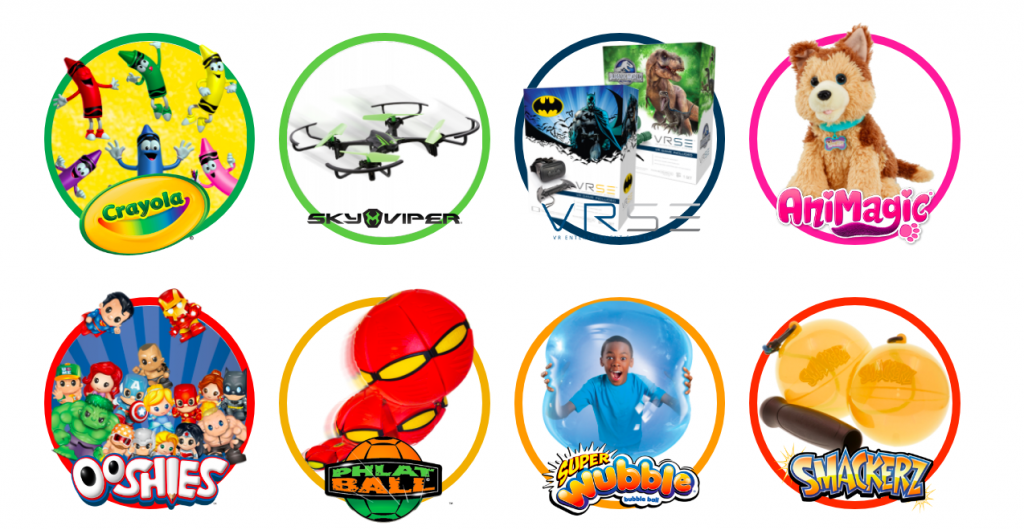 Vivid is best known in the industry for EMEA distribution of the iconic Crayola brand and association with blockbuster brands over the years such as AniMagic, Moshi Monsters, Thunderbirds, Bratz Dolls, Nella The Princess Knight and many others. The company recently announced a major partnership with Corus Nelvana as part of its exciting innovation pipeline into 2019 and beyond. 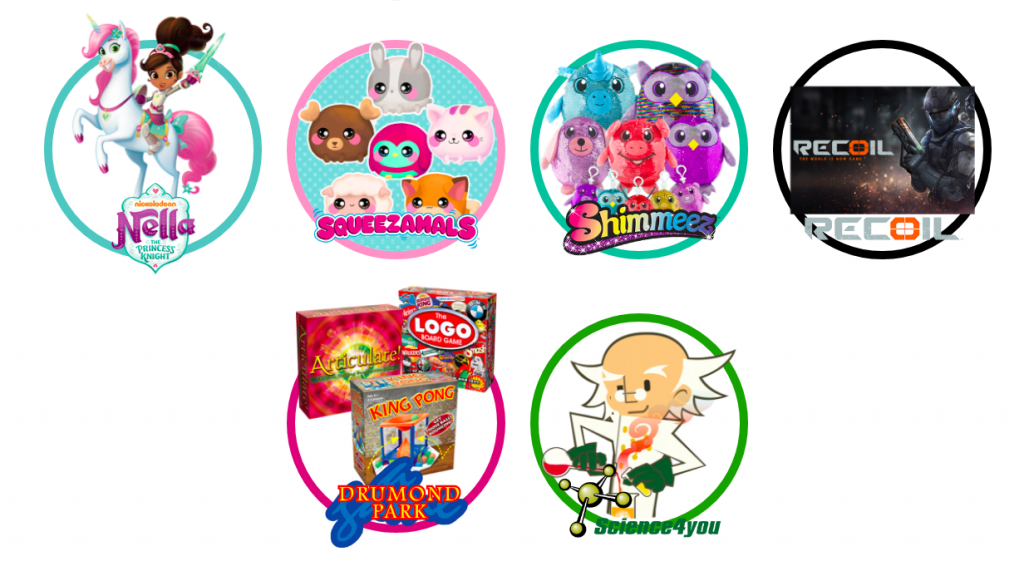 Founded in 1980, Goliath is a world leading, privately-owned, international games specialist. In 2017, NPD recognized Goliath as the #1 preschool games manufacturer and #3 children’s games manufacturer in the USA as well as the #2 overall games manufacturer in France. Using the combined scale of the Pressman, Goliath and Crown & Andrews game portfolios, Vivid will launch brand new games for 2019. Being well-known for its major investments in digital marketing, social media and TV advertising, Vivid will get the full benefit of Goliath’s global marketing team.

“The acquisition of Vivid by Goliath represents a bold new chapter in our company’s story,” said Tony Hicks, Chief Executive of Vivid Toy Group. “With Goliath’s backing, we are well supported to build a world-leading portfolio that will continue to strengthen the company’s excellent long-standing customer relationships with the world’s leading retailers.” 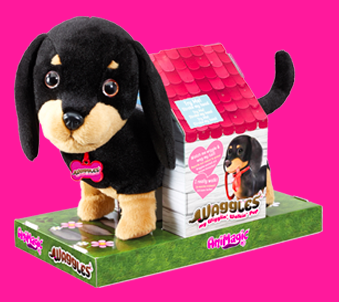 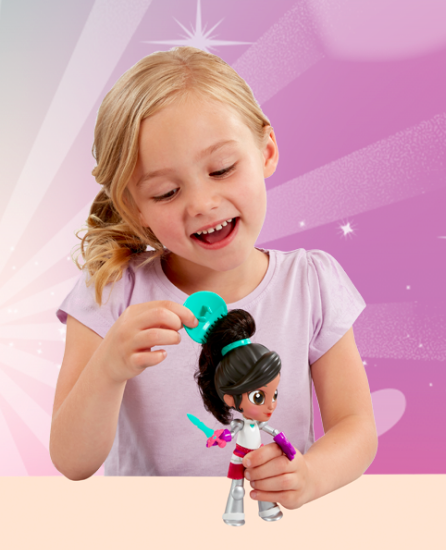 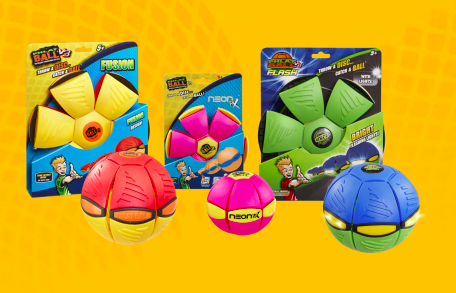 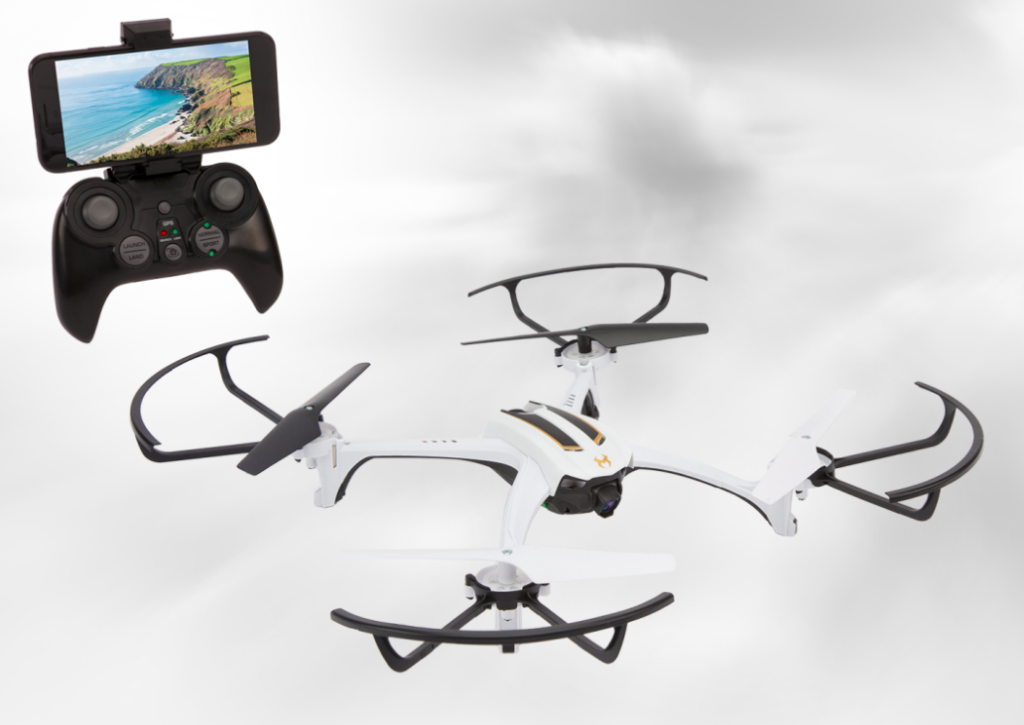 “We are extremely pleased to have acquired Vivid, which we believe has significant growth potential. With a long history of working together, we know the Vivid team well,” said Adi Golad, Chairman and Founder of Goliath. “They are a highly professional, world class business spanning toys, arts & crafts, and games with an impressive track record of ‘end-to-end’ excellence in each of its core functions, from procurement and product design to marketing and sales by its unrivaled distribution network and retail relationships in the UK and broad network worldwide. We welcome our new colleagues to the Goliath family and look forward to building a great business together.”

Goliath was founded in 1980 and is one of the few remaining family-owned global toy and game companies. Goliath is an international manufacturer and distributor of a broad range of products. Examples include Wahu®, Sequence®, Rummikub®, Rubik’s Cube®, Phlat Ball®, Tri-Ominos®, Wordsearch™, Pop the Pig®, Doggie Doo™, Gooey Looey™ and Catch the Fox™.

The company has continued to see substantial growth with the acquisitions of Pressman Toy®, JAX®, Tucker Toys® in the US, Crown & Andrews® and Britz ‘n Pieces/Wahu in Australia, Modelco® in France, and Elephanta® in New Zealand. Today Goliath is the 2nd largest game company in France and 3rd largest in the USA.

Goliath is a market leader in TV-promoted games and strong in many other toy categories, such as puzzles, arts & crafts, outdoor, activity, and novelties.

Based in Guildford UK with offices in Paris, Frankfurt, Hong Kong and China, the Vivid Group is an independent, privately owned toy, games and arts & crafts company that sells in over 60 countries worldwide. Key lines include the iconic Crayola across EMEA and properties such as Nella the Princess Knight, Thunderbirds, Animagic, Fungus Amungus, Genie Girls, Disney Emoji, Phlat Ball and Squeezamals. For more information, please visitwww.vividtoysandgames.co.uk