Ever since Cami’s TPLO Surgery, I have been looking into CBD and other alternative recovery aids for her. This is such a huge trend because of all the side effects that traditional medication can cause.

CBD oil, fitness trackers and meal subscription services aren’t just for humans anymore. People and pet trends are converging to blur the furry lines, according to a new survey found that found as humans become more tech-connected and embrace alternative health practices and diets themselves, these trends are extending to their pets as well.

Based on the survey, Michelson Found Animals Foundation, a non-profit social enterprise committed to saving pets and enriching lives, predicts the top pet trends for 2019 will be: Smart Tech, Alternative Therapies and Pets Eating More Like Their Owners. 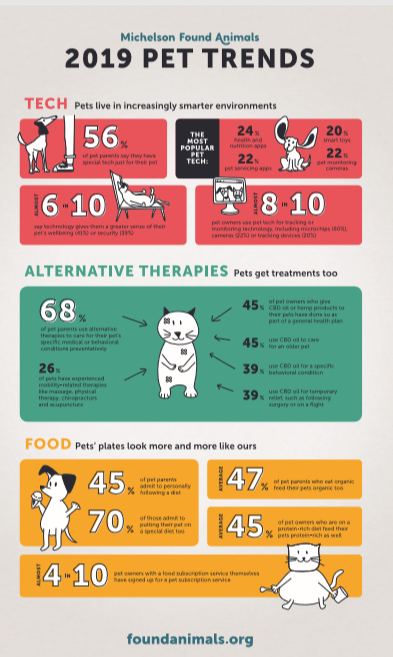