Innovator in pet safety products, Bow Wow Labs, solves a problem pet owners have faced for years with the invention of the Bully Buddy. The simple yet effective device prevents pups from choking on the tail-end of a bully stick while easing the minds of worried dog owners. The Bully Buddy pairs with a convenient subscription bully stick program Bow Wow Labs has also rolled out this month and both are available online as the brand’s first offerings in pet safety.

Bully Buddy was created by dog lovers for dog lovers with a mission to keep pets safe, healthy and entertained. As a top-selling dog treat and longtime favorite of dogs and dog owners around the world, bully sticks are easy-to-digest, natural, stimulating and delicious. But as dogs chew the stick down, their risk of choking on the last bit increases. If that little nub gets swallowed whole, a dog can choke or develop an intestinal blockage – both of which are serious medical emergencies. Bully Buddy is designed to grip the end of a bully stick with a secure clamp that, once locked in, won’t allow the small end piece to be swallowed, protecting pets from the risk of choking.

Bow Wow Labs helps customers treat their pets and protect them at the same time. The Easyship subscription program offers hand-selected, premium bully sticks perfectly selected for dogs based on their size and weight. Sourced from grass-fed, free-range cattle, they are available as part of a monthly subscription program to supplement Bully Buddies and are delivered to customers’ doorsteps every 30 days. Bow Wow Labs works to ensure that each custom bully stick is crafted to fit the Bully Buddy and recommends using the products together to support proper function. With this unique program, Bow Wow Labs looks to captivate the pet industry and in doing so, supply dogs across the country with healthy, safe and high-quality treats.

“We really believe in what we are doing and after our amazing Kickstarter campaign, we found that a lot of other people do too,” said Michael London, CEO of Bow Wow Labs. “We created the bully stick program to provide dogs with the highest quality bully sticks possible in the easiest way. We hand select each treat to pair with our Bully Buddies to curate the finest bully sticks with the safest experience for dogs and their owners!”

The Bully Buddy comes with a playful design to encourage engagement, a pet-proof adjustable clamp and collar, durable rubber that’s hard enough to protect but soft enough for dog teeth and gums, and it’s dishwasher safe! The simple-to-use safety apparatus was one of the most successful pet industry campaigns on Kickstarter of all time, and it continues to draw rave reviews from dog owners and experts alike.

“Every year we see dogs that have attempted to ingest the small portion of a bully stick and this can become an emergency procedure,” said Dr. Jerry Moore, DVM. “The Bully Buddy is the best product I’ve seen to prevent bully sticks from becoming a choking hazard.”

Bow Wow Labs launches this week with its custom fitted bully stick program and the Bully Buddy 1 for dogs 10-25 lbs. Both are available to purchase online nationwide at bowowlabs.com. Pre-orders for other sizes of Bully Buddy are also available for dogs under 10 pounds and various sizes of dogs between 25 and 85 pounds which the company anticipates beginning to deliver in the 1st Qtr. of 2019.

Did you know the artisan sector is the second largest employer in the developing world?  It’s true, and the majority of artisans are women who create handcrafted goods using traditional techniques passed down through generations. Michelle Obama is well known for discovering and supporting up-and-coming designers from a variety of backgrounds and cultural influences and bringing them to prominence. From Taiwanese-Canadian Jason Wu to Finnish Teija Eilola to Nigerian Maki Oh, the former First Lady has placed a number of designers on the world stage and catapulted their careers forward.

Now Marketplace Africa offers fashion-forward style setters everywhere the same opportunity to discover emerging designers from Africa and showcase what may be the next “it” designer.

Africa is home to some of the fastest-growing economies in the world, fueling a $31 billion fashion industry and its ownAfrica Fashion Week. This economic success has given birth to some of the hottest new fashion designers that are little known outside of Africa and waiting to be discovered by American style-setters. Nigerian designer Maki Oh has been worn by celebrities from Rihanna to Beyoncé to Michelle Obama. But many other designers are waiting to be discovered outside of their native countries and now Marketplace Africa makes it easy. 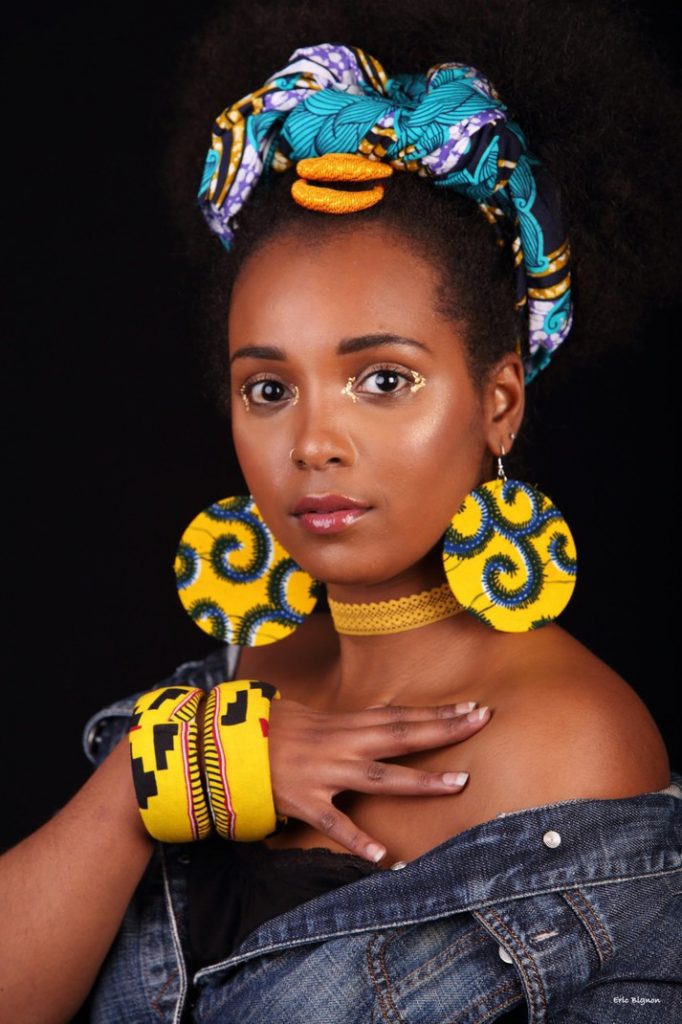 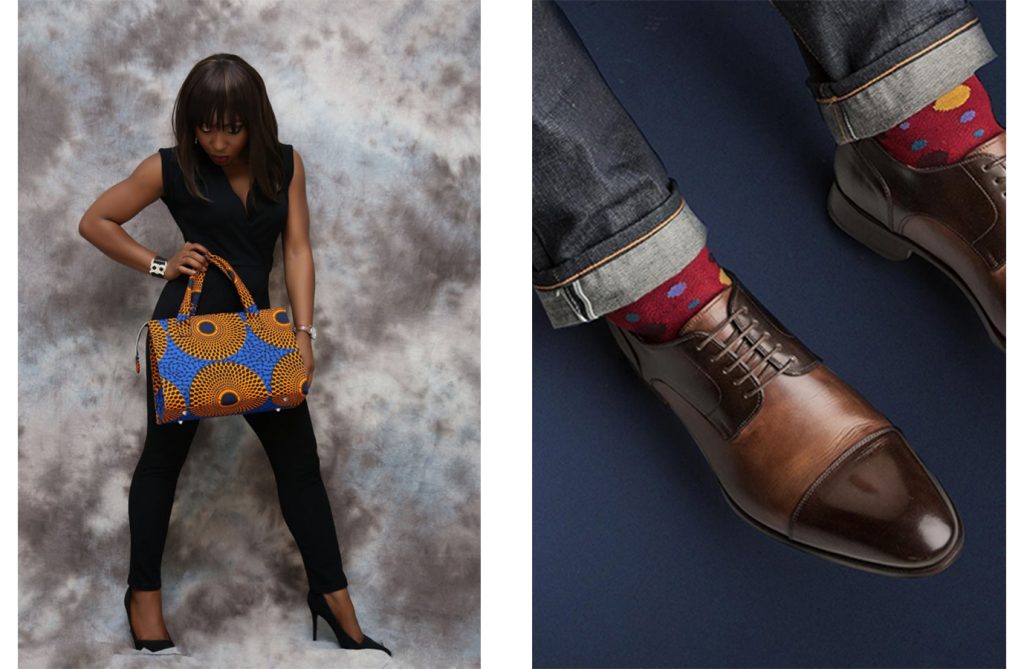 Marketplace Africa, a joint venture between global shipping leader DHL and Africa’s e-commerce leader,  Mall forAfrica, features more than 80 designers and a full range of accessories, as well as men’s fashion and gifts. The partnership takes the complexity and uncertainty out of global online shopping. DHL handles all logistics services for the marketplace, including an exclusive product-verification process prior to shipping, while Mall for Africa’s award-winning, patented e-commerce platform manages Marketplace Africa’s proprietary platform and payment system. So American shoppers have access to the innovative designers and craftspeople across Africa creating stunning, world-class products using both traditional and cutting-edge techniques, while African businesses are able to connect to new markets and new customers.

With Nigeria’s unemployment rate hovering at 14.2% and a staggering 89.5% of the country living in extreme poverty, it’s the female artisans who are making a positive impact on their country’s economy and future. 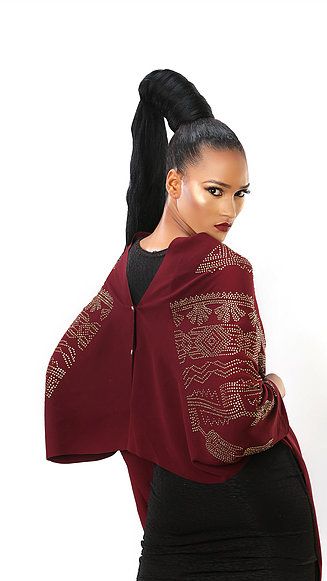 So this holiday season, why not gift different and buy global?  Choose a Blingshiki, a modern twist on the classic Dashiki, adorned with sparkling embellishments, or grab a pair of colorful Zig sandals. 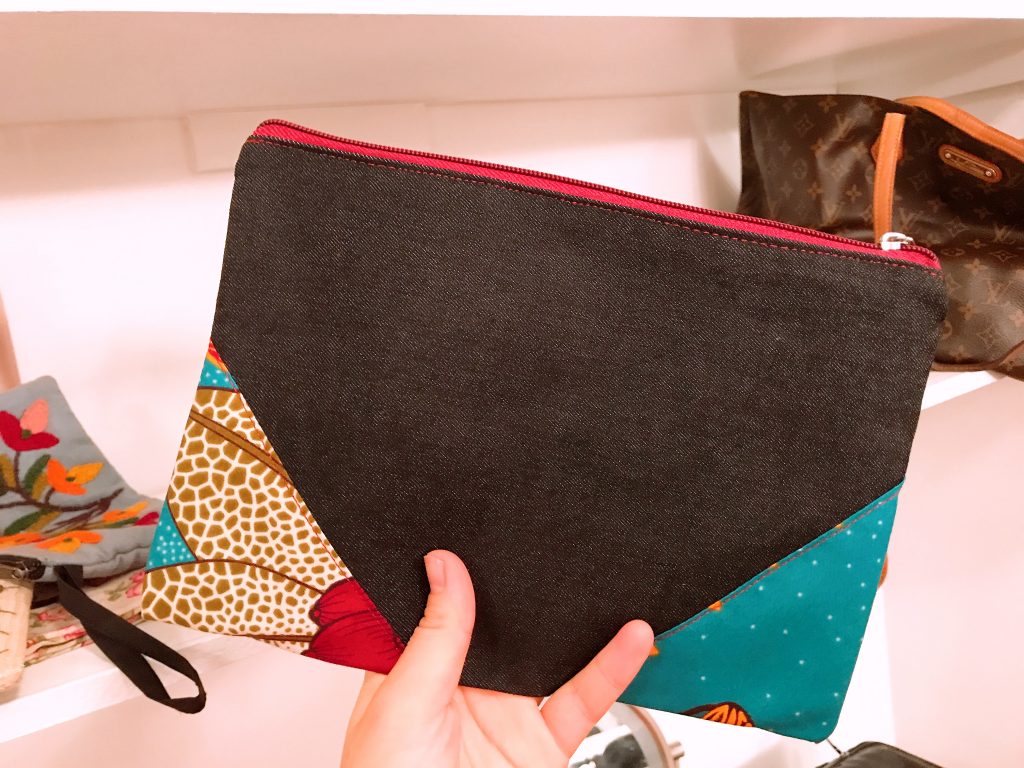 Look, this is my pick from Marketplace Africa – A lovely hand made purse. It can be a great gift for mom, sisters, friends…  When you purchase authentic African clothing and handicrafts directly from Marketplace Africa, you’re not just buying something beautiful, you’re investing in artisans who weave their rich cultural traditions into soulful creations. Empowering female artisans and boosting their communities is the real beauty of shopping at Marketplace Africa. And that’s a holiday gift that’s priceless.

RAVE Reviews, the innovative site that publishes entertaining rankings based on advanced data-driven analysis, has published its ranking of the “Best Mascara,” available at https://www.ravereviews.org/women/best-mascara/.

An easily forgotten about and often misplaced item that is found in almost everyone’s makeup kit is mascara. It’s quickly applied and can be the missing piece for that “look” you’re going for. Not all mascara is created equal though, or for the same purpose.

The makeup industry is flooded with new products. Some claim to be “cruelty free,” but the line is somewhat grey when it comes to international testing and laws, specifically in China. RAVE has waded through reviews, studies, and other resources to compile a list of the best mascara currently available. And despite some claims going around, none of them contain bat poop. Only fish scales! There is a large difference between “Guanine” and “Guano.”

“The makeup industry is massive, with new companies emerging daily. Finding the right product among all the claims and advertising is exhausting. That’s why we did the hard work for you,” said Hillary Miller, Managing Editor for RAVE Reviews.

In determining which mascara to feature, RAVE compared reviews from hundreds of sources across the internet and focused on multiple factors such as base-to-tip curl, visible lift, long-wearing results, and even application. 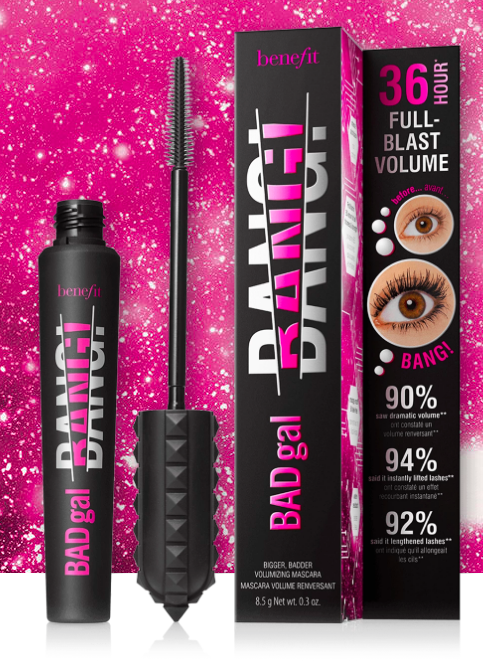 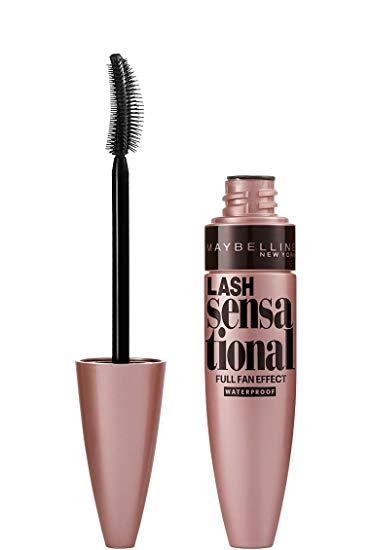 RAVE Reviews is an authoritative and entertaining guide for consumer goods, entertainment, and travel. It’s not a product review site or a lifestyle magazine. But if those two met on an online dating site, 9 months later, you’d have RAVE Reviews.