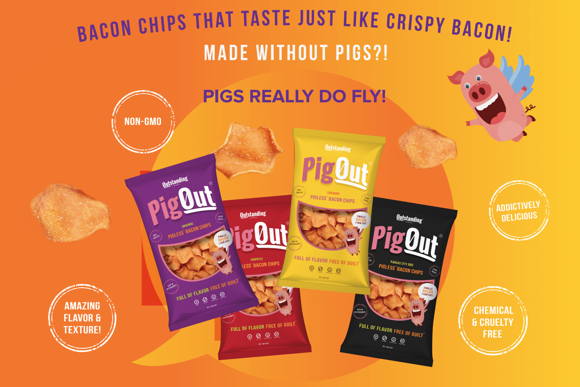 It’s officially summer and that means it’s time to get to snacking on delicious food with clean ingredients that you can pig out on.
Finally, plant-based bacon that doesn’t taste like cardboard! Pig Out *pigless* Bacon Chips are so delicious, your taste buds will never believe that meat is not even a little bit included. Pig Out chips are as much an ingredient for your favorite recipes as they are a mouthwatering snack.
These chips were perfected by the renowned pioneer of the plant-based space, chef Dave Anderson. He is an alchemist of the highest order who built his reputation on making “plant-based” a synonym for “insanely delicious”.

Plant-based foods are topping every 2018 food trends list. Even Tyson Foods — the largest US meat company — recently announced that it will be prioritizing plant-based alternatives due to the demand.

Chef Dave Anderson, the most acclaimed chef in the plant-based space, and entrepreneur, Bill Glaser, have teamed up to create and launch Outstanding Foods this spring. Chef Dave cofounded Hampton Creek, led product development for the first four years of Beyond Meat’s meteoric rise (the Beyond Burger, the Beast Burger, etc.), and owned/operated the LA-Times-lauded restaurant, Madeleine Bistro. He was also the private chef for Ellen Degeneres, and cooked privately for many celebrities — from Ozzy to Bill Gates — some of whom have decided to invest in Outstanding Foods, such as Rob Dyrdek, Emily Deschanel, and Daniella Monet with additional names to be announced in the next few months. 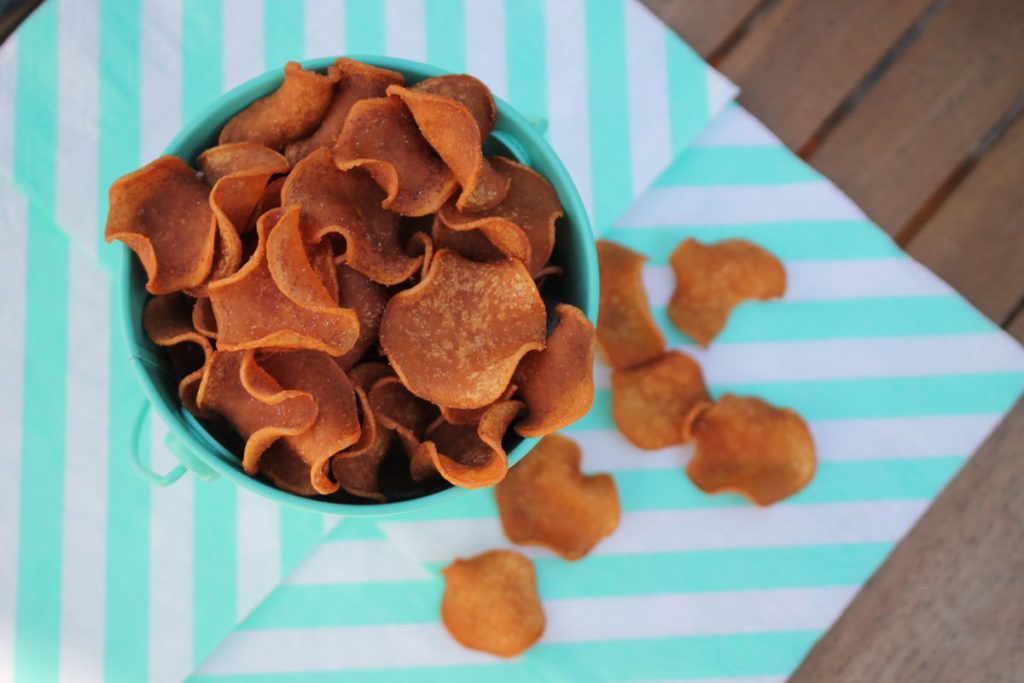 “We want to make it easier for people to eat plant-based by making addictively delicious, chef-crafted foods. We are taste-focused and mission-driven, and we will be donating a portion of our profits to our partner not-for-profit organization, which we will be announcing very soon!” – Bill Glaser, CEO

“I want to make plant-based foods that I can feel good about feedi ng my kids. I have always made it my mission to create foods that are pleasing to the palates of all the people in my life from the vegans to the meat lovers. I just happen to do it with plants.” – chef Dave Anderson

Chef Dave was turning plants into epic tasting menus long before kale was running the headlines and certainly before mega-meat brands like Tyson Foods were investing in plant-based innovation. He was in the kitchen with this trend before it was in every trendy celeb’s Instagram story. He’s that rare real deal. 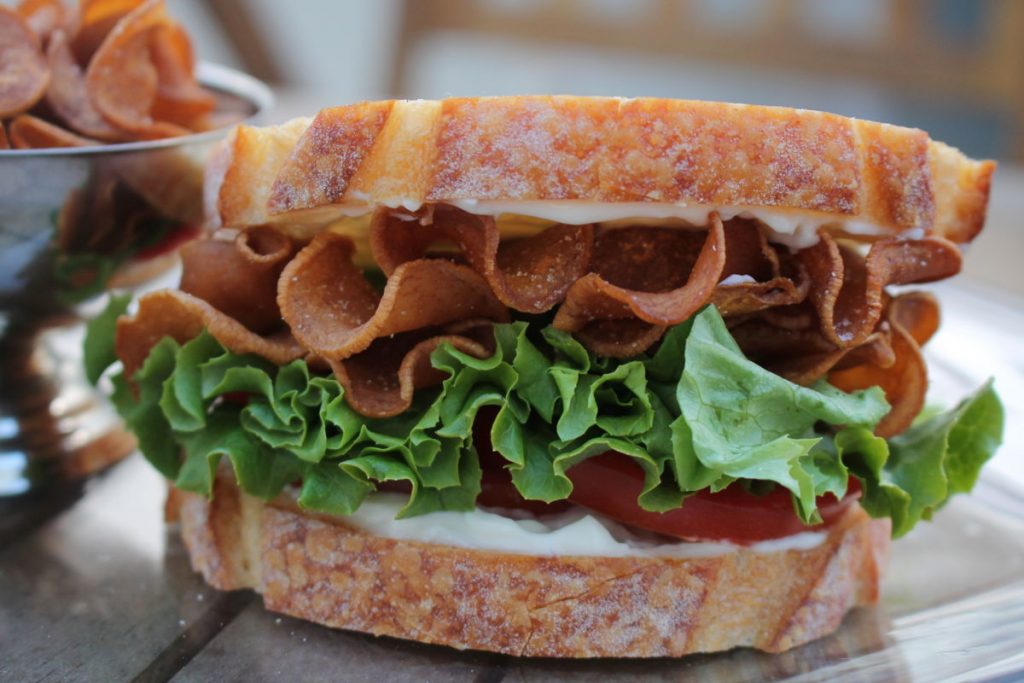 Consumers have been searching for plant-based options that don’t require a sacrifice of taste and texture or the formation of a new habit. They are craving crispy, salty, umami flavors and Outstanding Foods’ PIG OUT Bacon Chips have been created to heed that call! 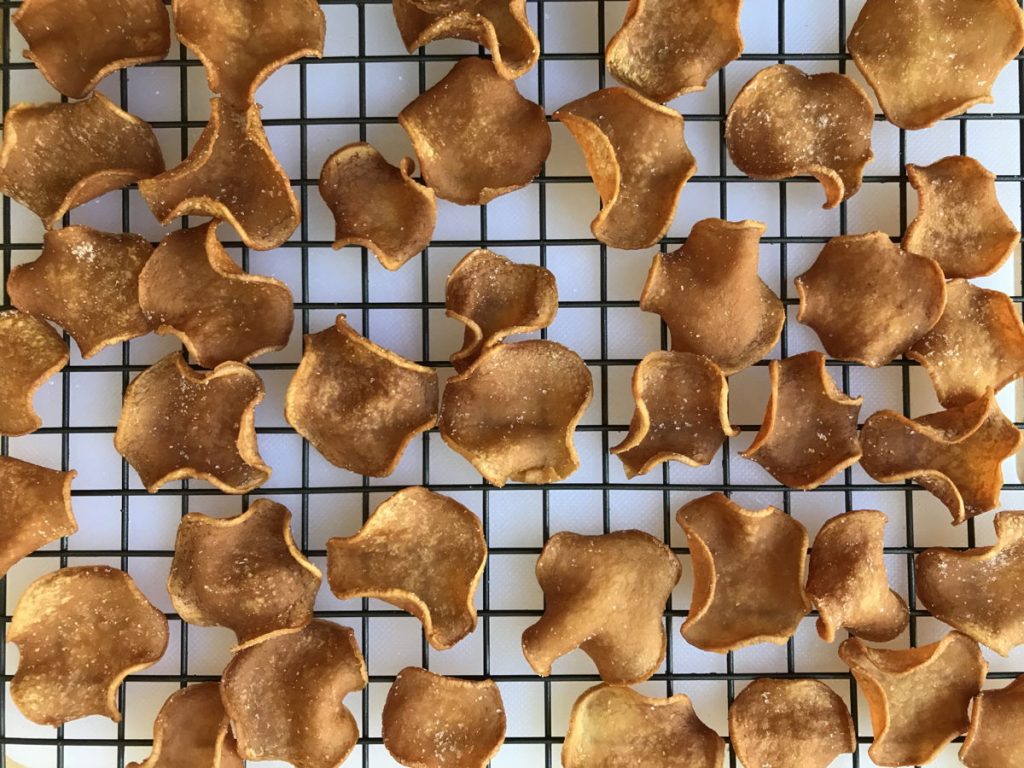 Chef Dave has created a brand new category of crispy, bacon-like chip, which he developed in order to provide the mass-market consumer with a tasty as-hell snack food that happens to be plant-based. Pig Out chips are the first products from Outstanding Foods, with an incredible lineup of products is in development and coming soon! 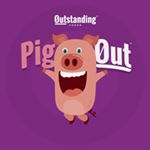 Outstanding Foods was founded with the goal of creating addictively delicious plant-based foods, using whole ingredients, that everyone can enjoy. How do we make Outstanding Foods so full of flavor and free of guilt? One bite will tell you. We keep it real with pure, wholesome ingredients. NOTHING from animals or artificial. Ever. To top it off, every product in our lineup is carefully prepared for you by chef Dave Anderson, using his proprietary, chef-crafted methods. He has dedicated his entire career to creating plant-based foods that blow people’s minds (including A-list celebrities!). He won’t let anything leave his kitchen until he’s confirmed it to be OUTSTANDING!