Tavern On The Green is one place I always wanted to check out because it carries so many fames. My friends always recommend me to go there. But as you all know, New York really spoils me because of too many choices.

But I won’t miss the opportunity any more at this time! My parents’ friends are visiting New York, the first welcome lunch – I chose to go Tavern On The Green. Especially I can bring them to try the wonderful deal for the restaurant week. Also the restaurant locates at Central Park, they must feel so happy to enjoy the meal at this amazing park for the first time traveling in New York.

Starting from the Appetizers. 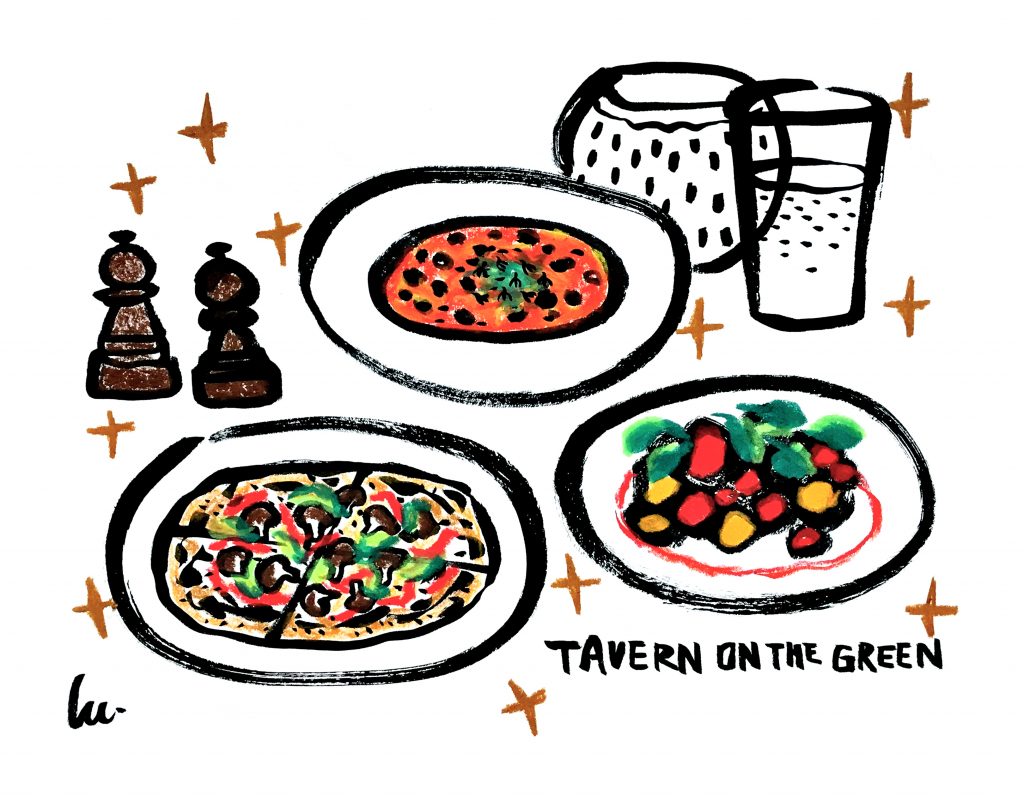 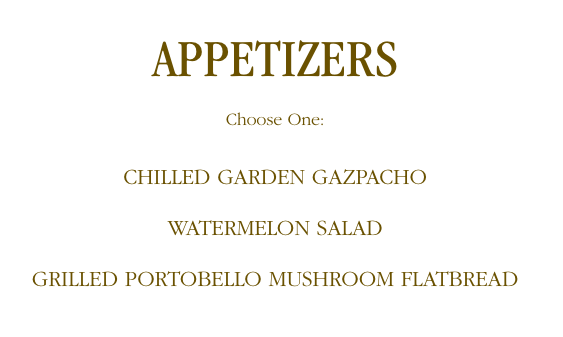 As we are a big group, we tried everything! 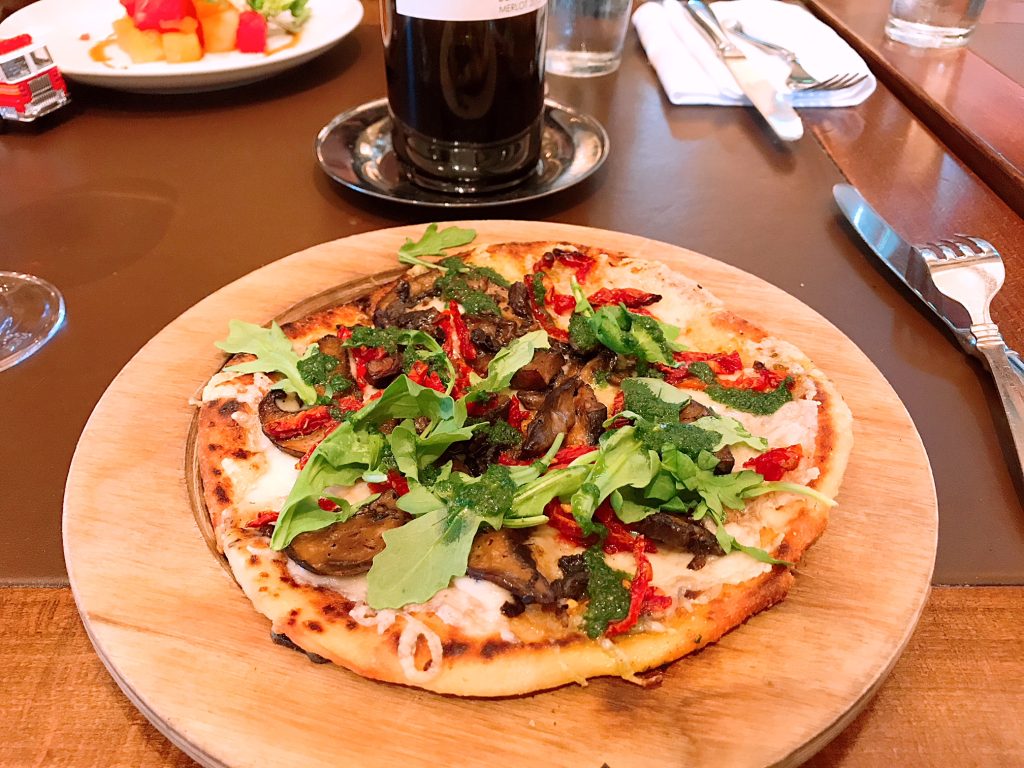 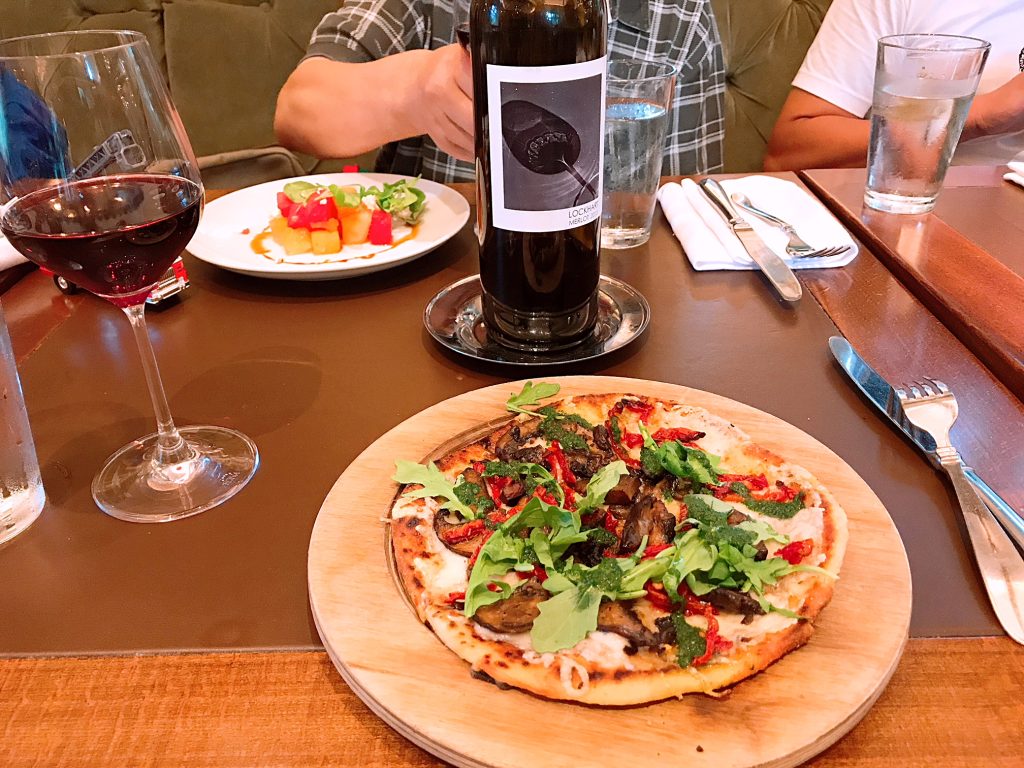 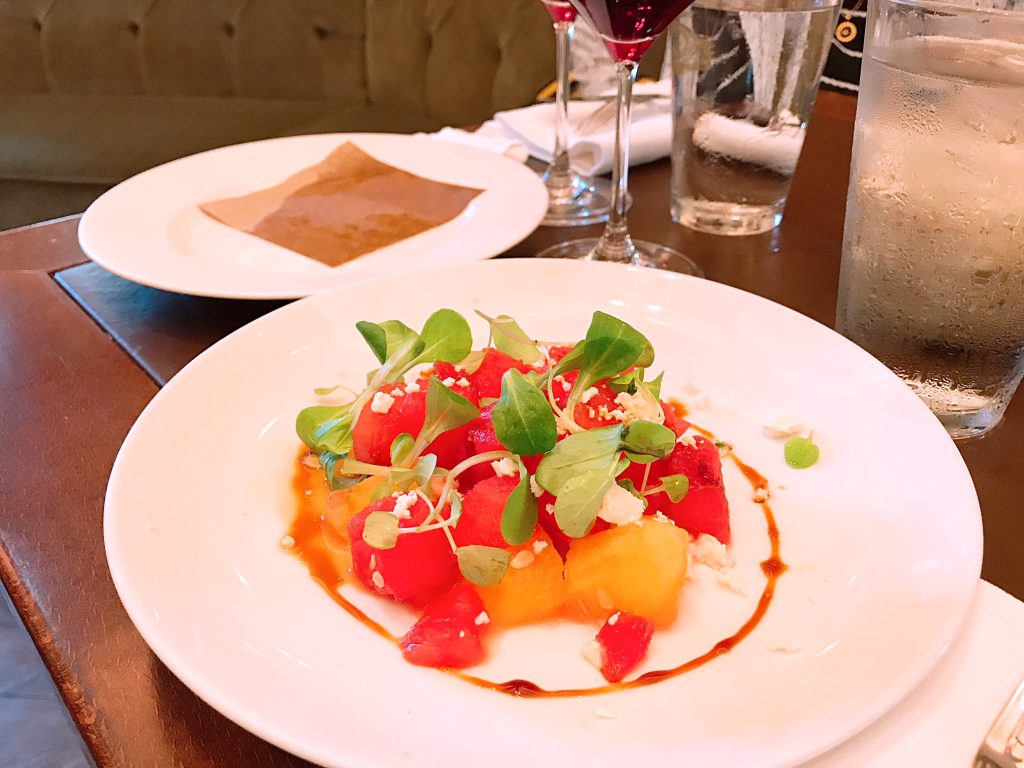 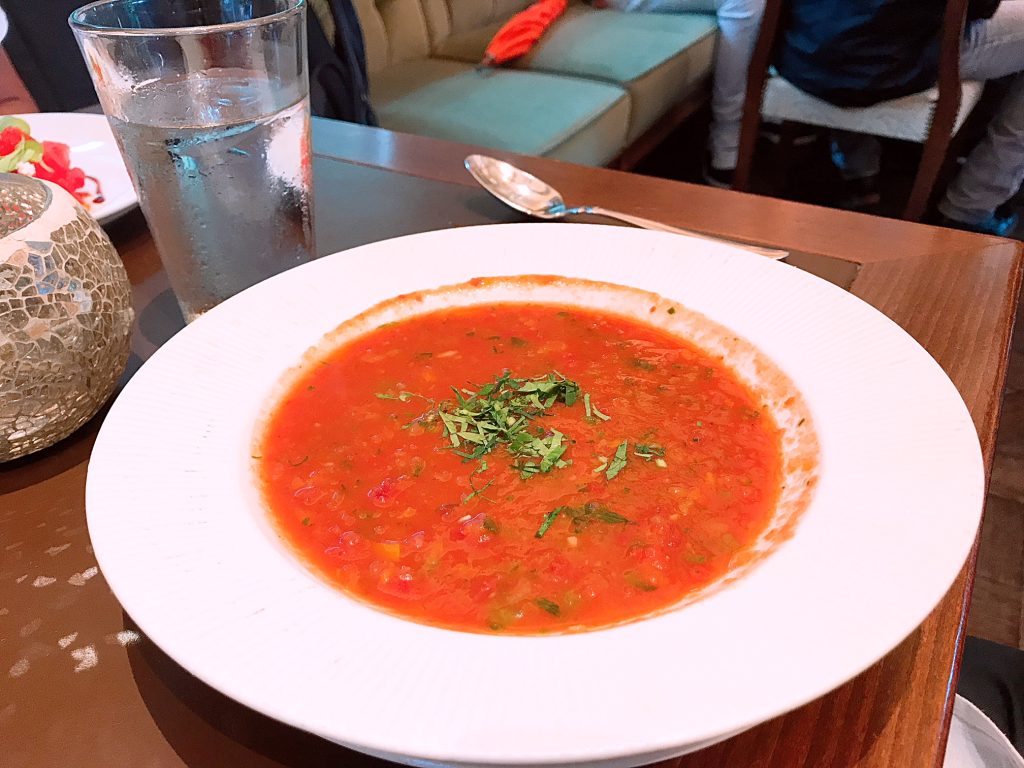 Everything is very tasty, and my favorite is GRILLED PORTOBELLO MUSHROOM FLATBREAD. But be careful, it is a very big Appetizer! 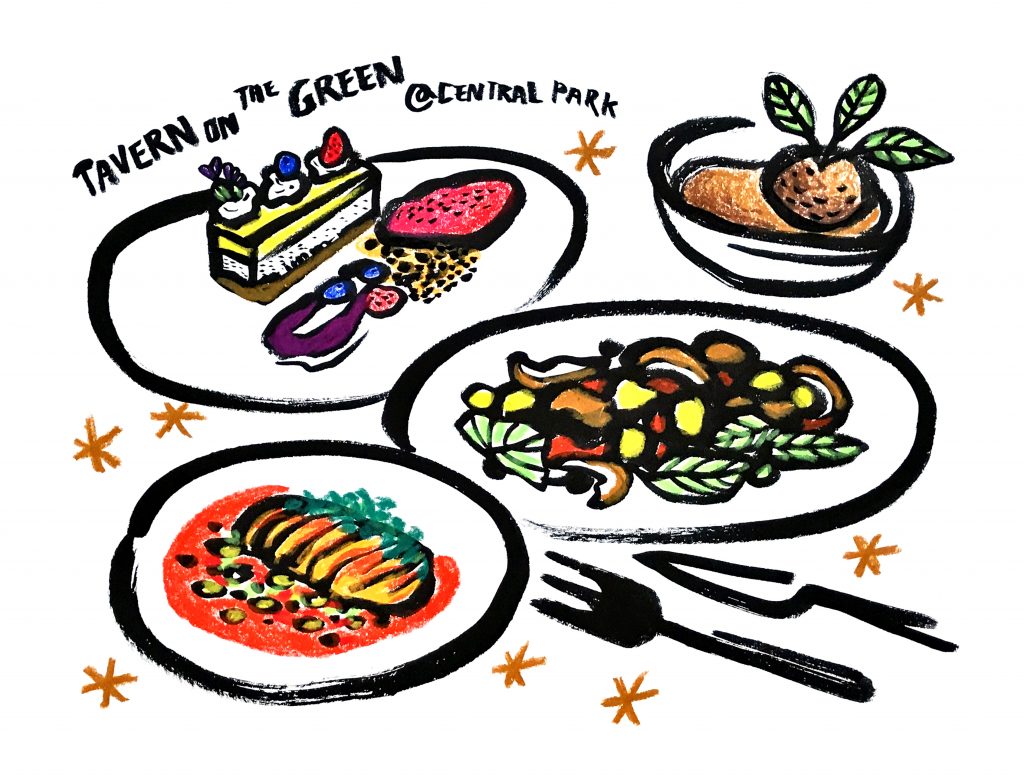 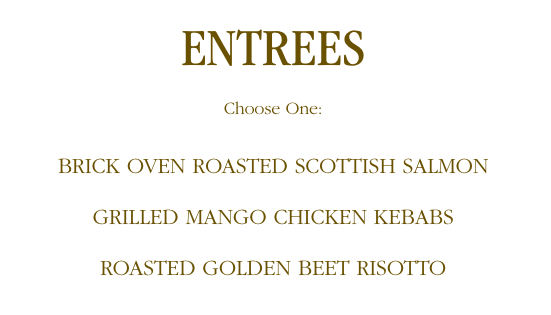 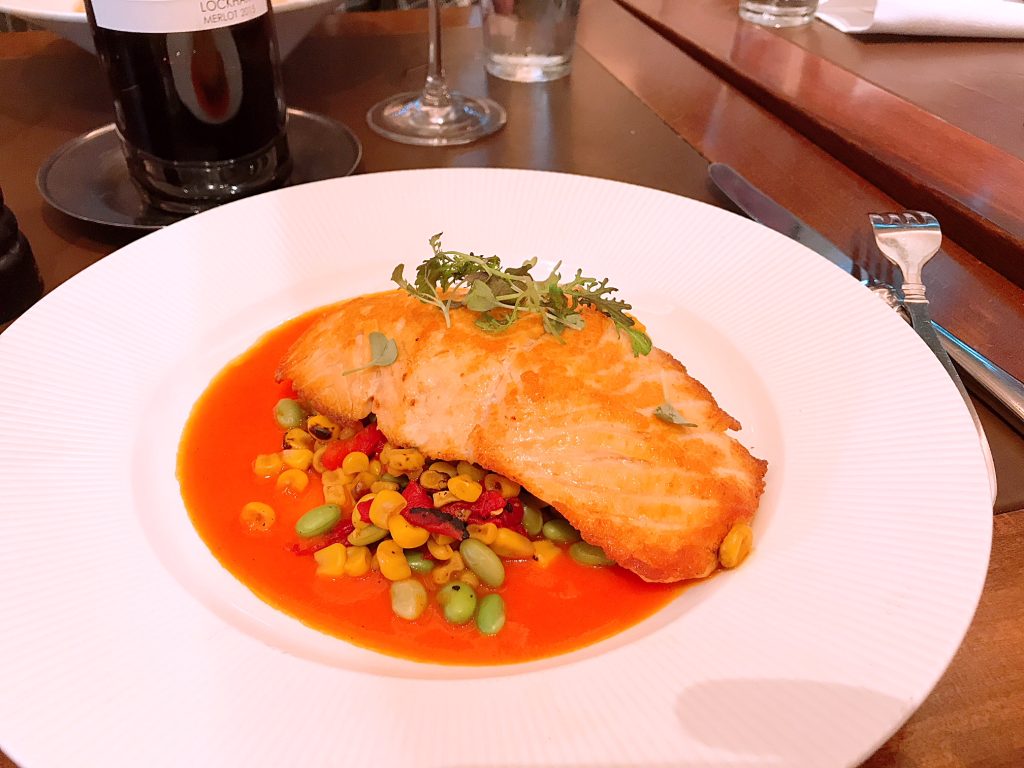 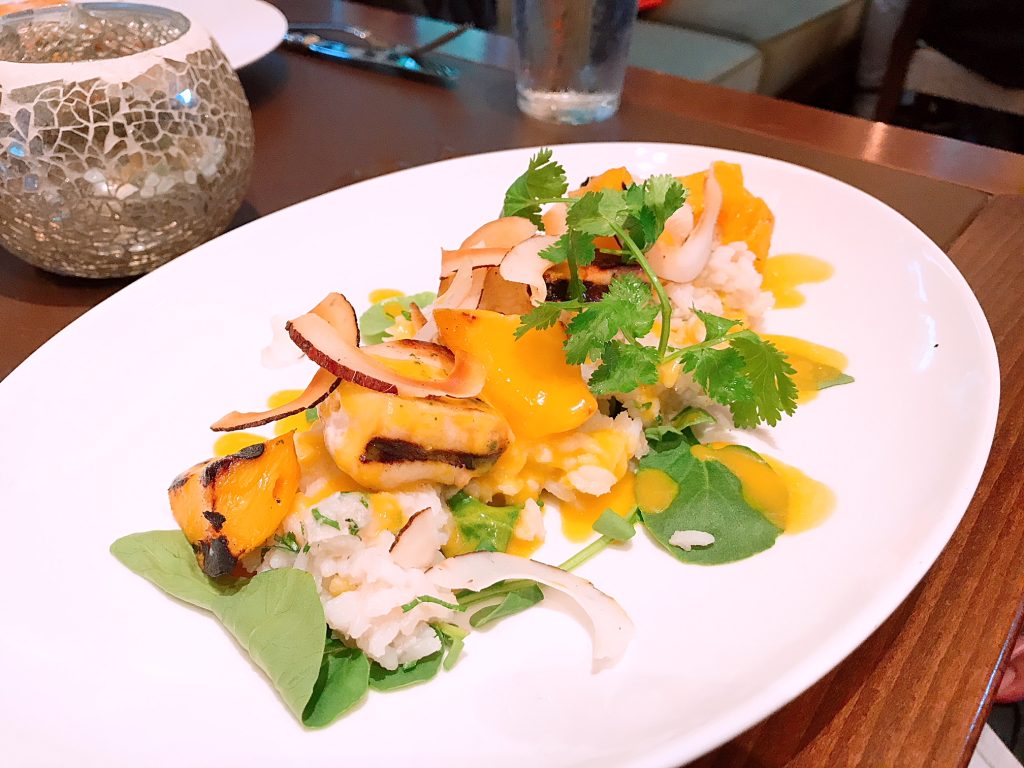 We also tried everything, but sorry I forgot to take the photo of Risotto. Everyone enjoyed the meal so much. I can’t say which one is better because they are all perfect. 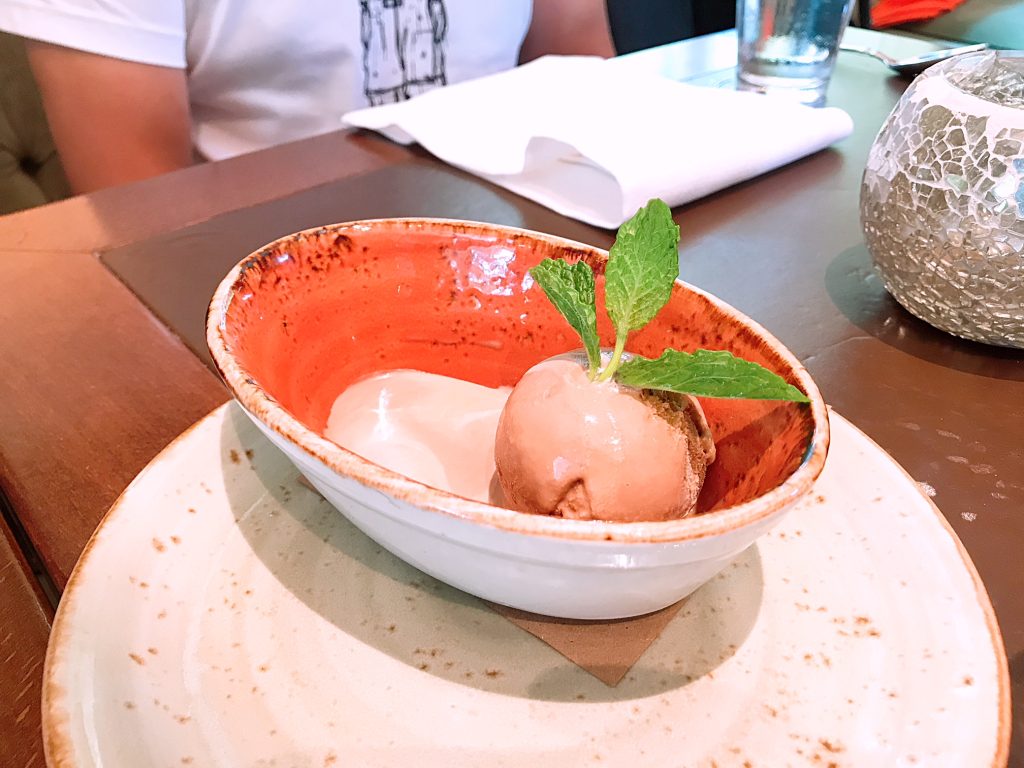 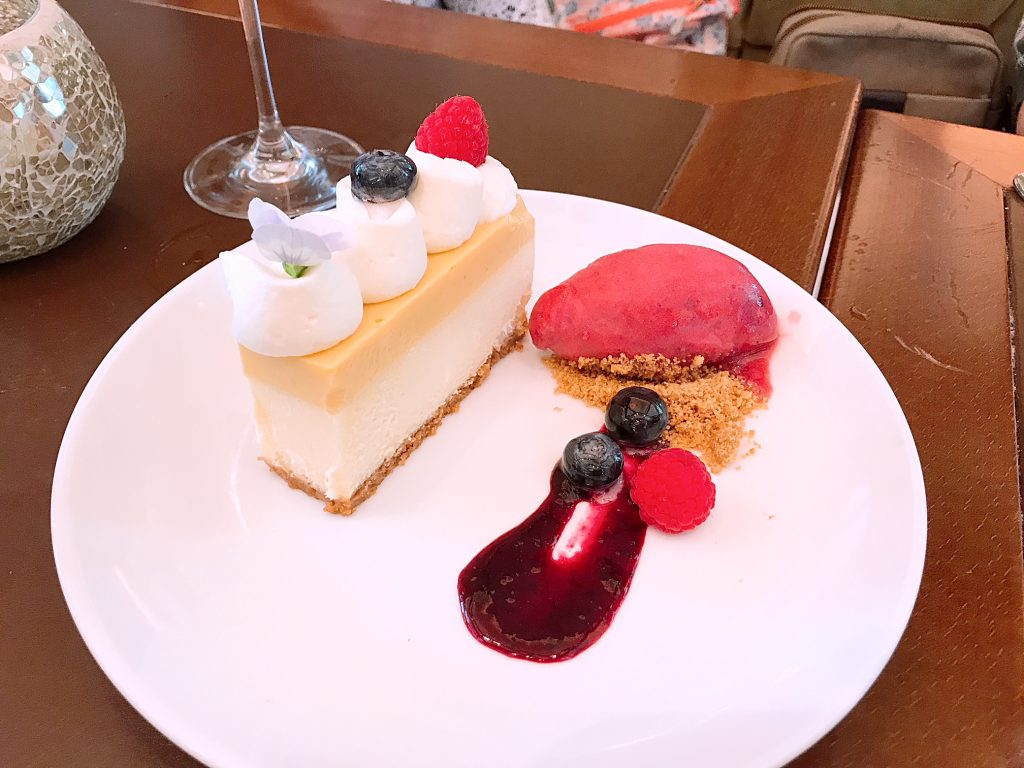 We ordered two extra dessert because we have a kid on the table. He super loves the cheese cake dessert. 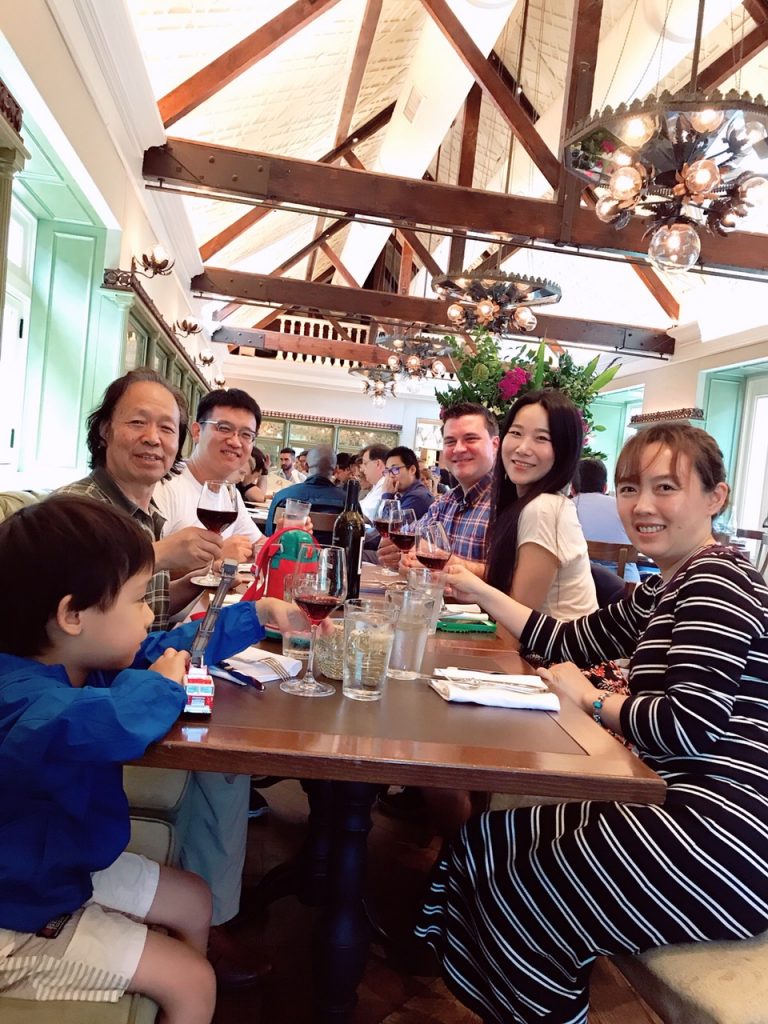 About the history of Tavern on the Green:

Originally designed by Calvert Vaux, Tavern on the Green was built as a sheep fold in the 1880’s to house the 700 Southdown sheep that grazed in Central Park’s Sheep Meadow. Robert Moses transformed the building in to a restaurant in 1934, as part of his park renovation. Through the next few decades, Tavern underwent several changes in management, but the iconic view of the park, and the addition of a dance floor, outdoor seating, and lavish menu, kept prominent actors, musicians, and public figures coming back to the restaurant to dine, drink, and celebrate.

After a hiatus starting in 2009, the city searched diligently for a new operator to reopen the iconic restaurant in 2013. The city selected current owners and restauranteurs Jim Caiola and David Salama, previously of Philadelphia, who would bring a fresh, welcoming approach to Tavern. The duo renovated the restaurant with inviting décor and wood paneling reminiscent of the original sheep fold, and, with a seasonal menu more reflective of Greater New York, reopened Tavern on the Green in April 2014.