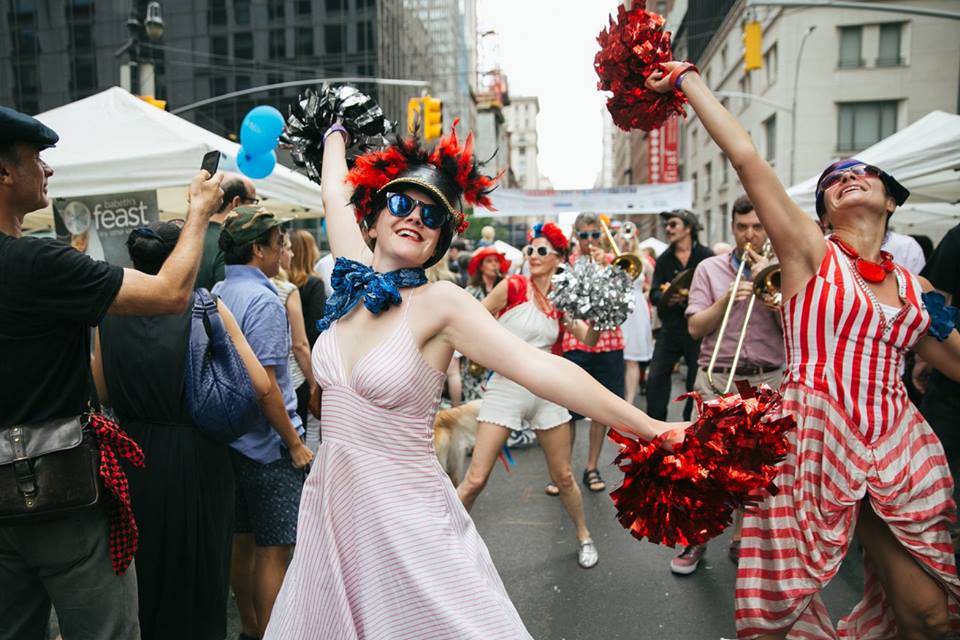 The French Institute Alliance Française (FIAF) today announced details for Bastille Day on 60th Street, New York’s largest annual fête of Franco-American Culture. This year’s celebration will feature a free live screening of the World Cup final in Florence Gould Hall at 11am, activities for children and families, wine and champagne tastings, live performances including the popular can can, a special screening of the film Le Brio (2017), and more than 80 booths showcasing the best of French food and Francophile culture. Attracting more than 40,000 people per year, the street fair will take place Sunday, July 15, from noon to 5pm on East 60th Street between Fifth and Lexington Avenues.

This year’s highlights include: 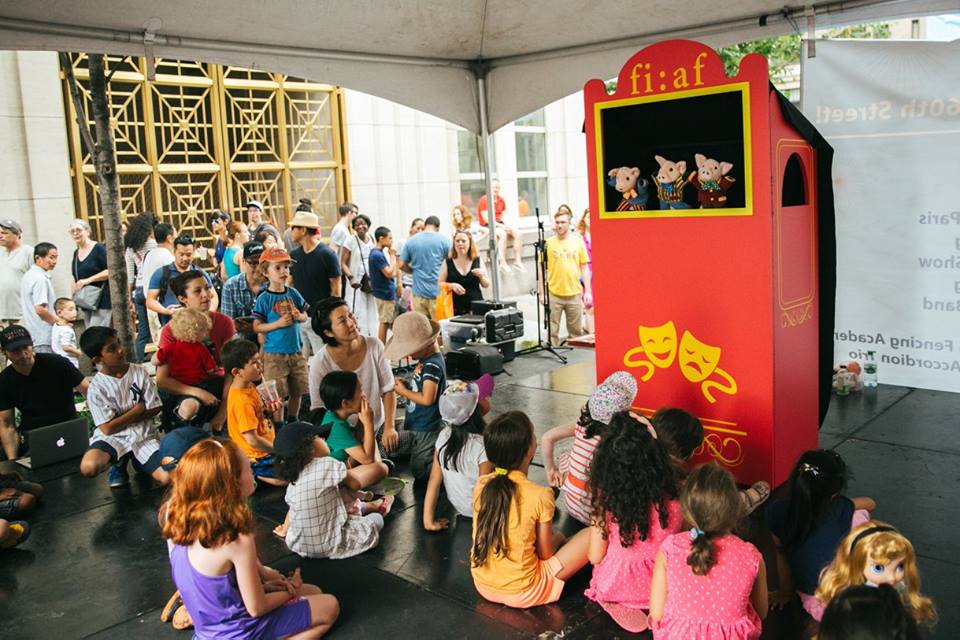 A special free screening of the FIFA World Cup Final in FIAF Florence Gould Hall, 55 East 59th Street, at 11am. Whether or not Les Bleus advance to the championship match, FIAF will host a first-come first-served viewing party in its state-of-the-art 361-seat theater. 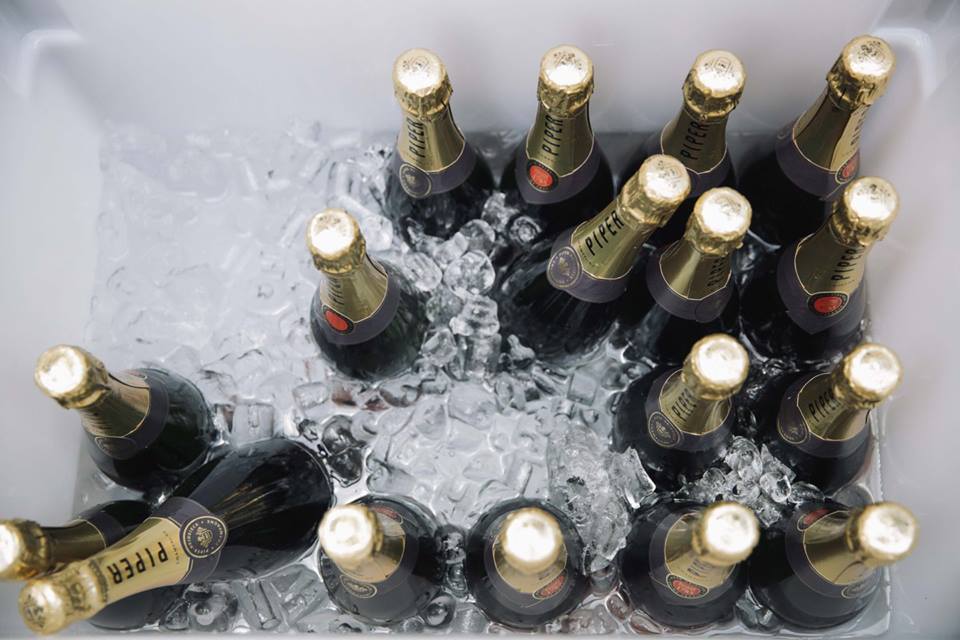 Champagne & Jazz Party — 1:30-3pm and 3:30-5pm in the FIAF Skyroom — featuring vintages from Pol Roger, Ayala, Champagne Delamotte, and Besserat de Bellefon, as well as sparkling cocktails courtesy of Grand Marnier, served along with treats from Maman Bakery and Voilà Chocolat. Jazz singer Chloé Perrier will sing favorite French and American songs accompanied by a guitarist. Tickets to each session are $75, $65 for members.

Summer in the South of France — 12-1:30pm, 1:30-3pm, and 3-4:30pm in FIAF Tinker Auditorium — showcasing wines provided by Sud de France, Kronenbourg beer, Bayonne ham, cheese from Président, and artisanal breads from Maison Kayser. Tickets to each session are $25. 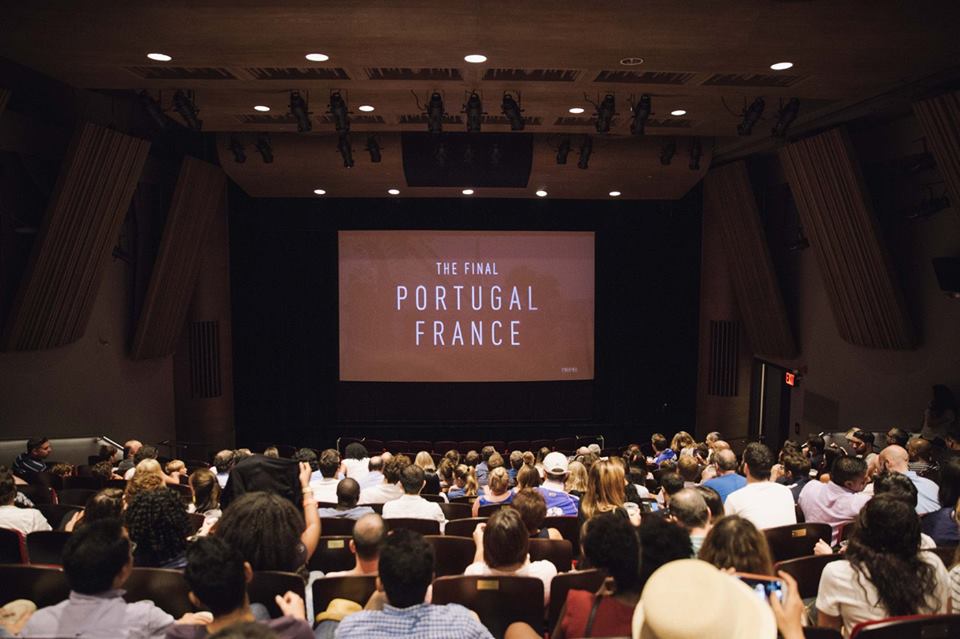 A special screening of the film Le Brio (2017), starring Daniel Auteuil and Camélia Jordana and directed by Yvan Attal, follows the outdoor street fair in FIAF Florence Gould Hall at 5:30pm. A 2018 César nominee for Best Film, Le Brio follows the relationship between a young Arab student from the Paris suburbs and a racist professor, whose perspective changes when he becomes her mentor. Tickets are $14, $8 for members and students. 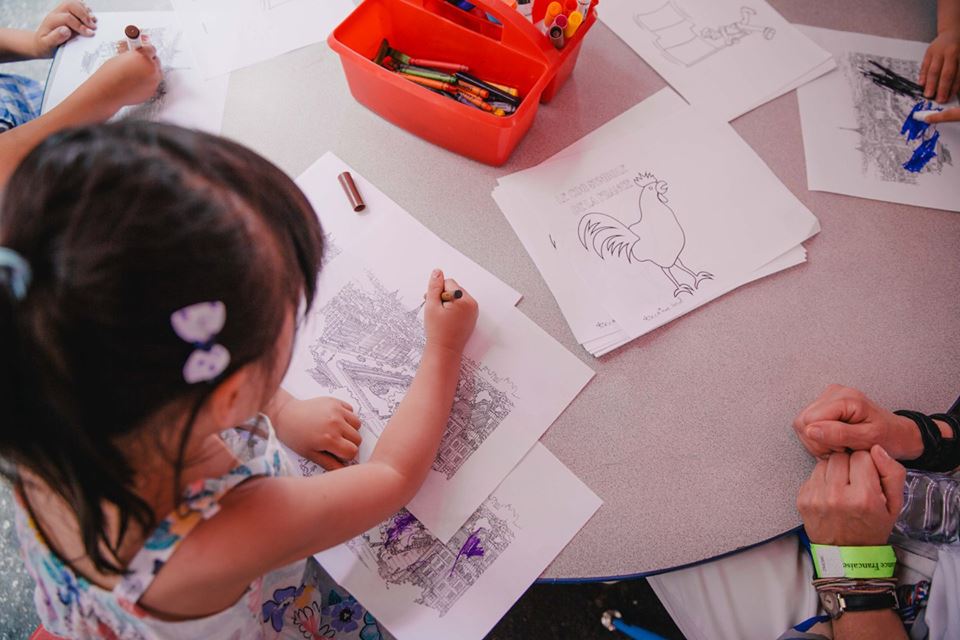 Dancing and interactive activities, including a zouk lesson with Franck Muhel, mime demonstrations by Catherine Gasta, and dancing and sing-alongs with Jacques & Marie’s Paris Swing Band.

Kids’ Corner & FIAF “Pop-Up” Library will invite all ages to participate in French-inspired games and arts-and-crafts organized by FIAF’s Language Center, as well as story time.

Bastille Day on 60th Street once again is the finishing point for the annual Citroën Bastille Day Rally & RendezVous, where car lovers will be able to get up close to classic models of the popular French automobile. 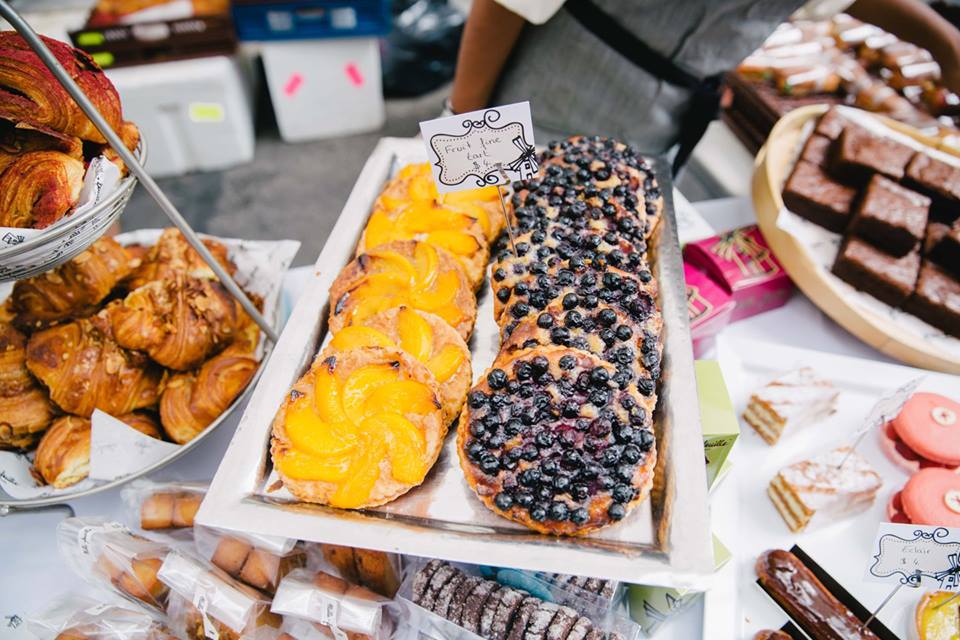 A new addition, The French Garden, will feature a premium shopping area with exclusive fashions and accessories from French boutiques Jérôme Dreyfus, Emma & Chloé, Tissage Moutet, 727 Sailbags, and many more. 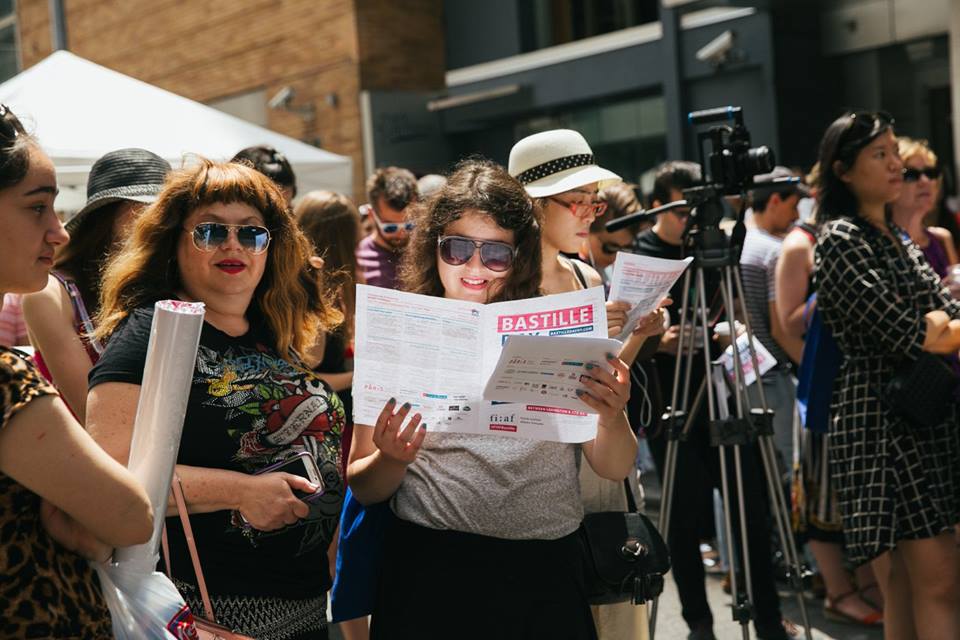 More than 30 lots donated by companies participating in Bastille Day on 60th Street will be raffled off, including a seven-day trip to Martinique and a three-night stay in Paris, both including airfare. 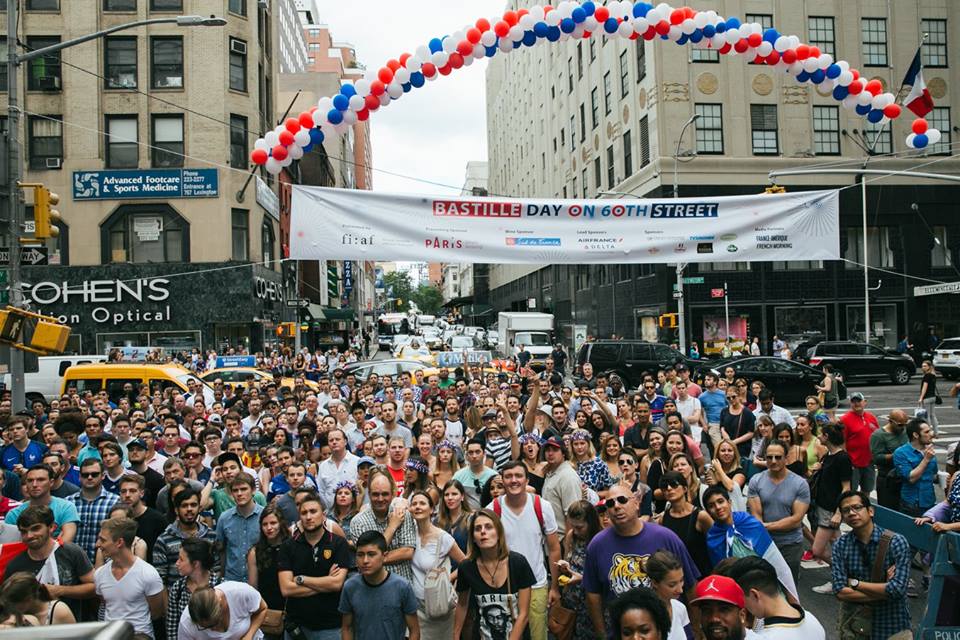 More information is available at bastilledayny.org. 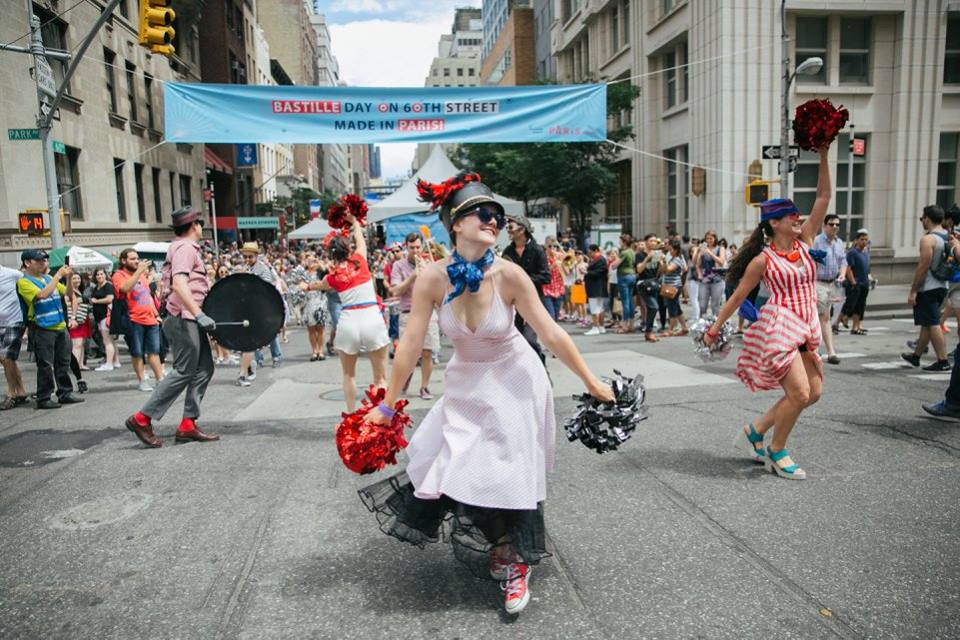 Bastille Day on 60th Street is made possible with the generous support of key sponsors Credit Agricole, La Martinque, Perrier, and TV5Monde/SlingTV.

Special thanks to our media partners France-Amérique and French Morning. 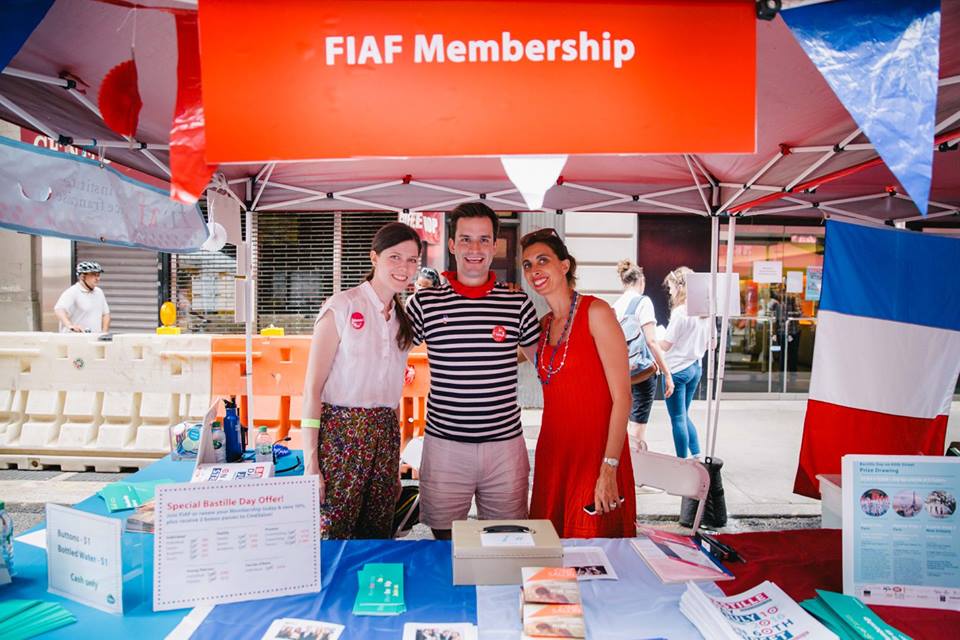 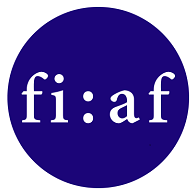 FIAF’s mission is to create and offer New Yorkers innovative and unique programs in education and the arts that explore the evolving diversity and richness of French cultures. FIAF seeks to generate new ideas and promote cross-cultural dialogue through partnerships and new platforms of expression. fiaf.org.