If you haven’t heard of “FODMAPs” you probably will soon. Based on numbers alone, low-
FODMAP foods may eclipse the multi-billion- dollar “gluten-free” category.
FODMAPs are carbohydrates that can be harder to digest for some individuals with so-called functional gastrointestinal disorders. FODMAPs stands for Fermentable, Oligosaccharides, Disaccharides, Monosaccharides and Polyols. FODMAPs are all poorly-digested short-chain carbohydrates that are present in a wide variety of foods, including wheat, onions, garlic, legumes, milk, honey, apples, dried fruit, some sugar substitutes and added fibers. 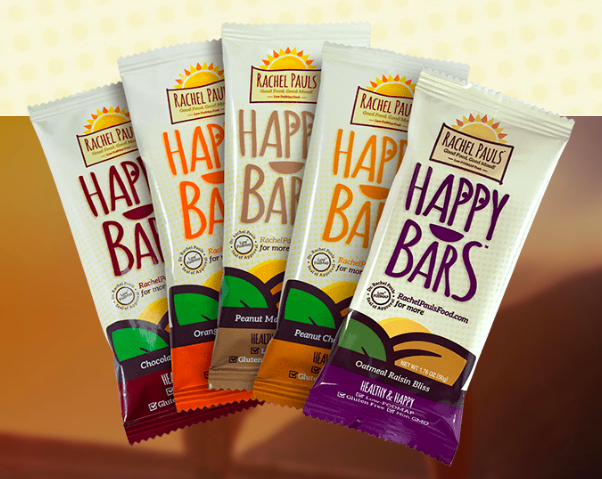 For those with irritable bowel syndrome (IBS), foods containing these poorly-digested short- chain carbohydrates (FODMAPs) may cause stomach aches, abdominal distension, gas, bloating, diarrhea and/or constipation. According the American College of Gastroenterology, IBS is one of the most common GI disorders, accounting for 40 percent of all appointments with gastroenterologists.

Some studies show that up to 75 percent of those who have IBS-like symptoms can benefit
from following a low-FODMAP diet. A low-FODMAP diet is so effective at managing IBS that it is often recommended by gastroenterologists in lieu of costly prescription medications that come with side effects.

The number of people with IBS — around 45 million in the U.S. alone— is about 15 times
greater than the estimated three million who have Celiac Disease, which requires avoidance of gluten to manage symptoms. Over the past decade, gluten-free food sales have skyrocketed – from just under one billion dollars in 2006, to a projected seven billion dollars by 2020. 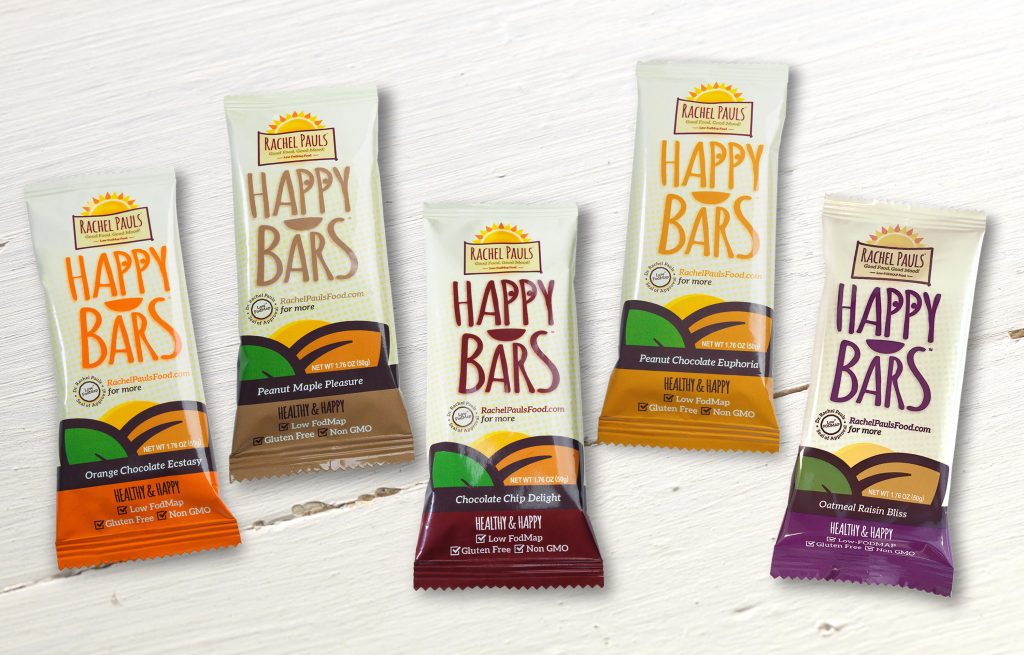 Since a low-FODMAP diet is often the recommended first line of treatment for IBS, the low- FODMAP category is well poised to become even larger than the gluten-free market. While the low-FODMAP foods category has just emerged in the past few years, there are many national brands available, including Rachel Pauls Foods, with many more expected to enter the market in the near future.

There are several healthy habits you can establish to help treat your IBS symptoms. According to Rachel Pauls, M.D., founder of Rachel Pauls Low-FODMAP Food, a more holistic approach that includes lifestyle changes, behavior modification, stress reduction and natural therapies often provides the most long-lasting benefits for those with IBS. 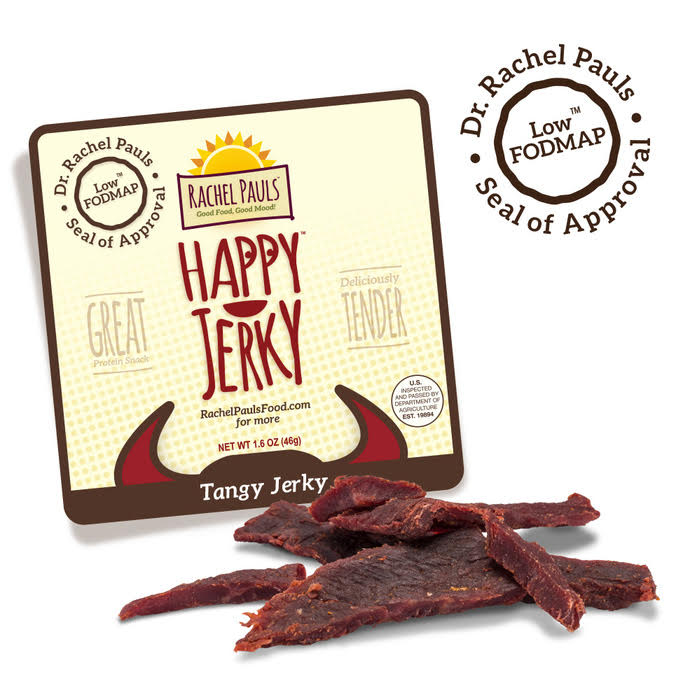 Dr. Pauls recommends talking to your doctor about these seven healthy strategies to see if they are right for you:

For more information, check out www.rachelpaulsfoods.com. 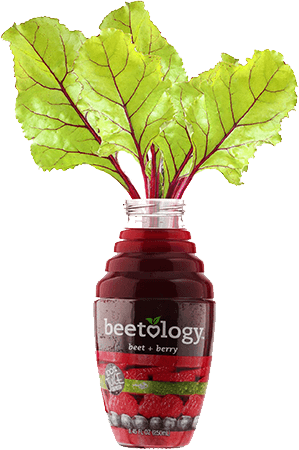 Here’s a new take on cocktails for spring, summer and beyond. If you’re like the millions of Americans who insist on a “clean” and healthy diet, you’ll want your refreshment to be simple, organic, and free of ingredients you can’t pronounce. But if you’d like to kick the pleasure up another a notch or two, Beetology has the answer.

Beetology harvests and cold-presses the best-tasting organic beets from around the world, blends them with just a handful of good-for-you products like fruit, veggies, and ginger, and sends them straight to the grocer’s refrigerator in convenient, grab-and-go bottles.

Here are some fun ways to enjoy each of Beetology’s 5 different hand-crafted blends. (Recipes follow.) Be sure to have plenty of ice on hand for maximum refreshment.

For mocktails, just leave out the alcohol and add a spritz of seltzer or mix with your favorite non-alcoholic sparkling cider. But don’t stop there – the combination of concoctions is limited only by the mixologist’s imagination. It’s your party, create your cooler as you like!

Beetology coolers are so crisp and satisfying, you might forget they’re good for you. Beets are bursting with essential nutrients that have been linked to improved blood pressure, energy levels, liver function, eye health, younger-looking skin, and even brain function. Best of all, you can feel good about serving Beetology. Every variety is 100% non-GMO, U.S.D.A. Certified Organic, and Certified Fair Trade. They are non-soy, non-dairy, and certified OU kosher, with no preservatives, additives, artificial colors, or flavors. 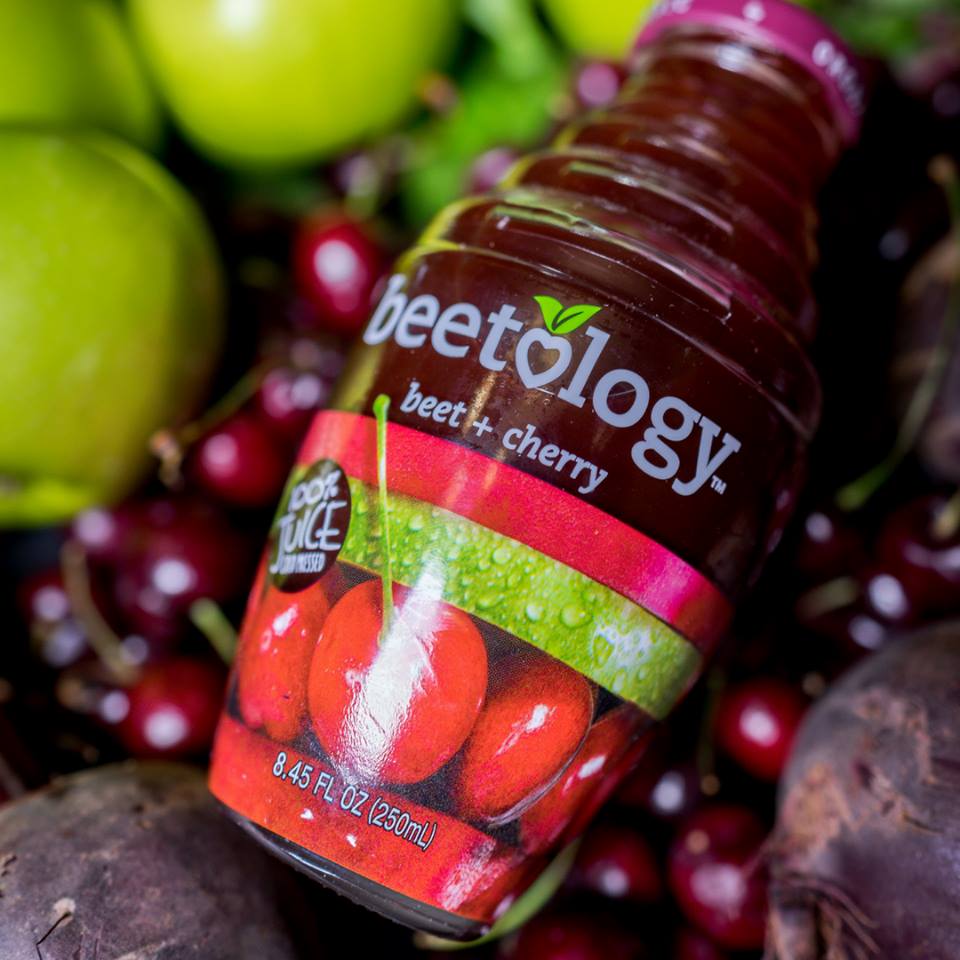 Beetology is produced by Kayco, one of the largest manufacturers and distributors of kosher food products. “Beets are the new pomegranate,” said Charles Herzog, Chief Beetologist and VP of New Business Development at Kayco. “Chefs, foodies, health-conscious folks, and even athletes have been tapping into the versatile beet in creative new ways. We can’t wait to see the exciting new coolers our consumers come up with Beetology as their inspiration.” 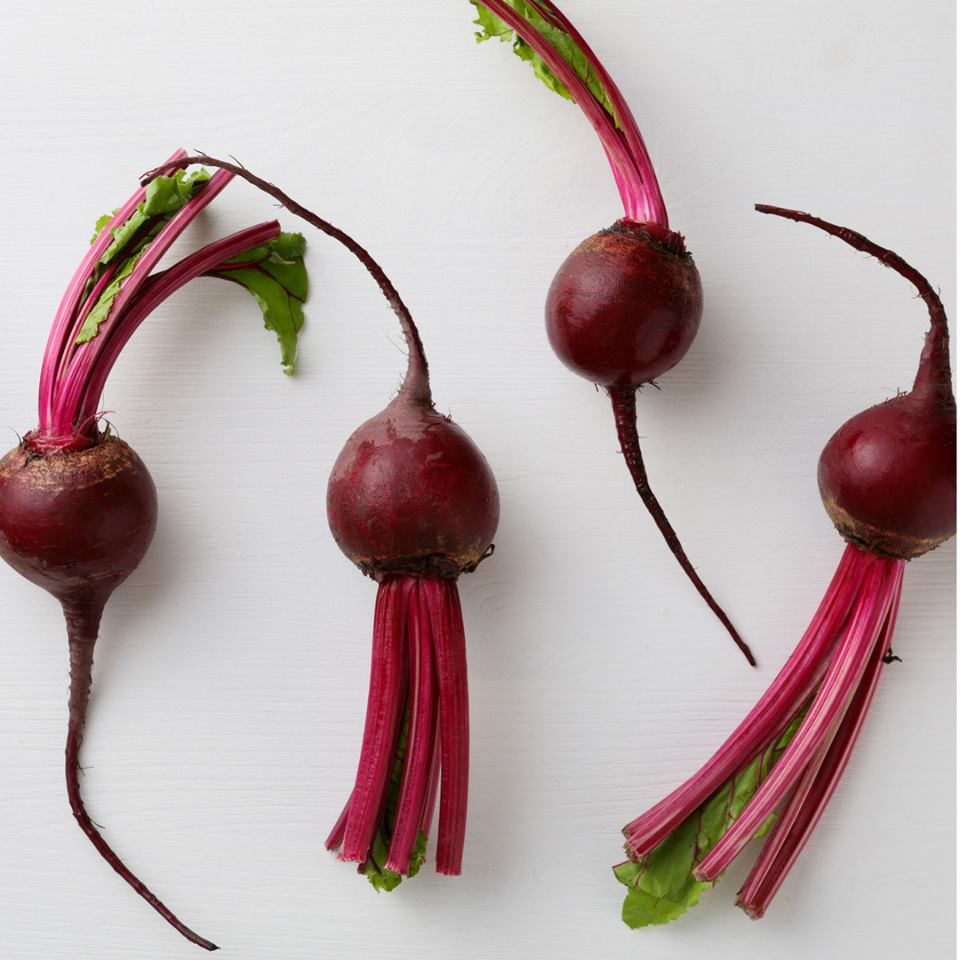 The sky’s the limit with Beetology. Try these refreshing cocktails at your next party, holiday meal, or get-together. 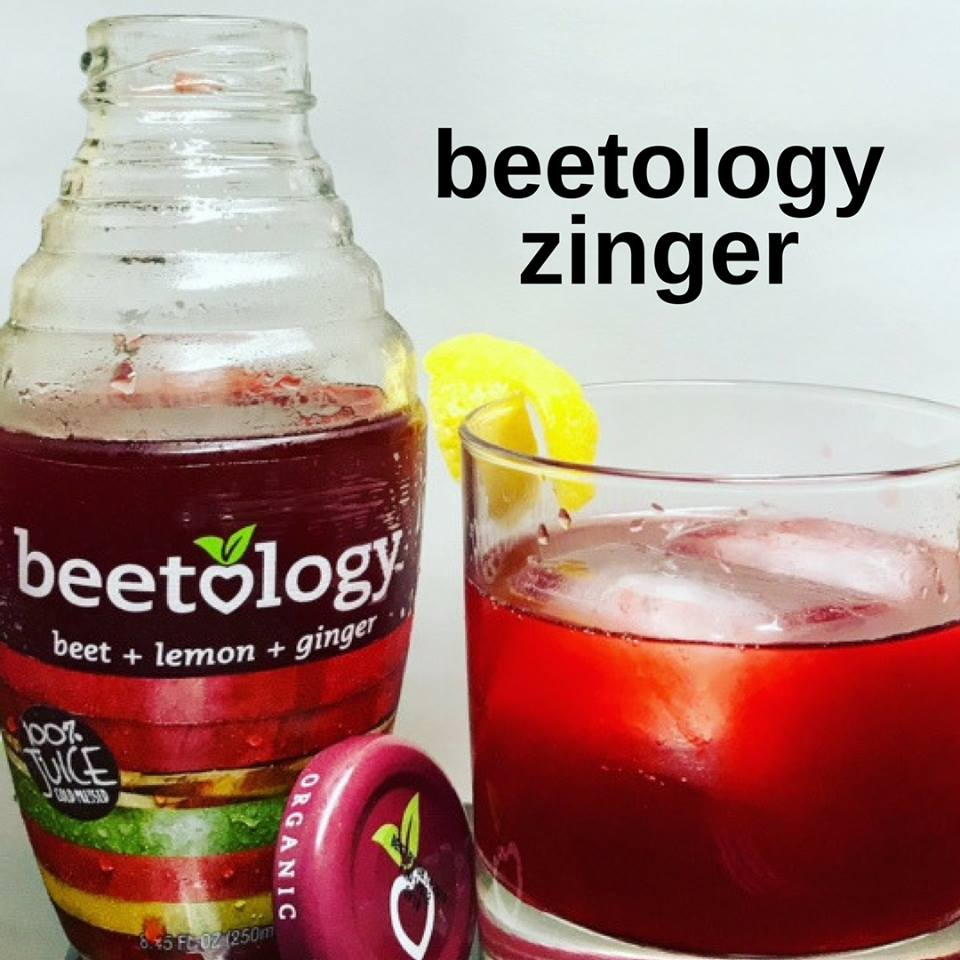 Fill a cocktail shaker with ice. Add Beetology and gin.

Shake until chilled, strain and garnish with a lemon peel and candied ginger. 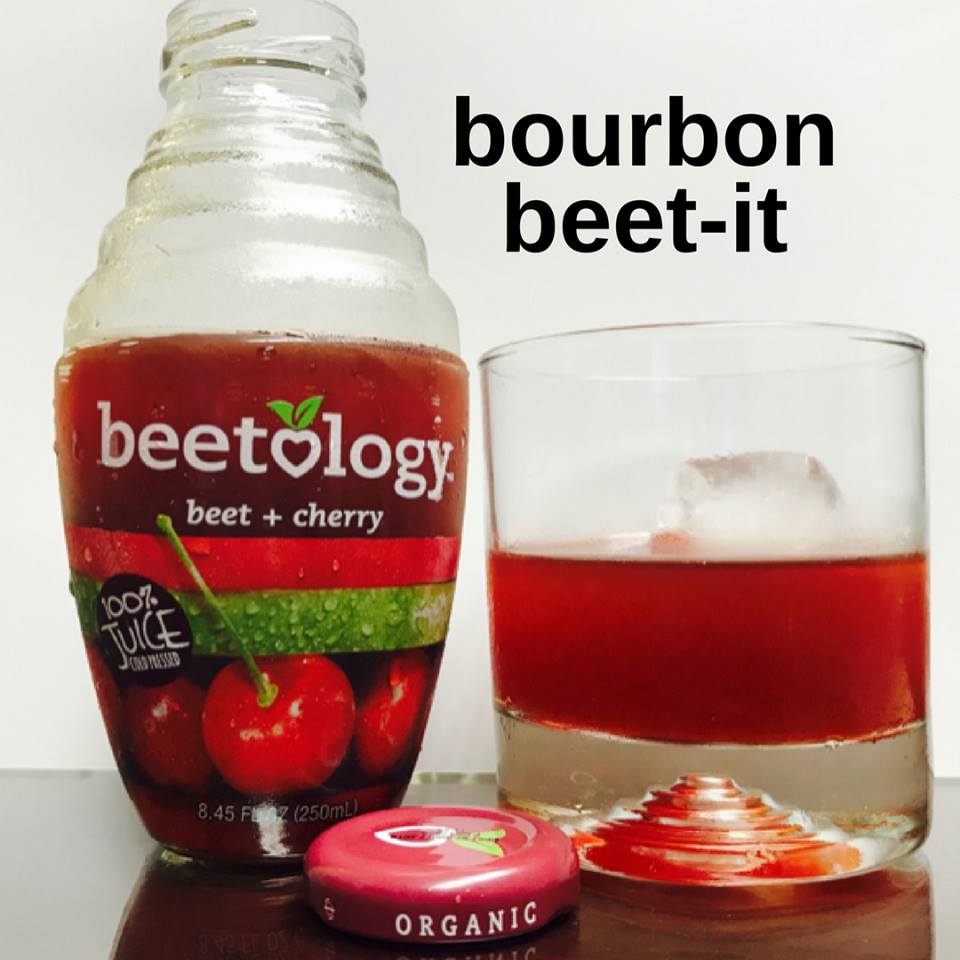 Fill a cocktail shaker with ice. Add Beetology and bourbon.  Shake until chilled, strain and garnish with a cocktail cherry. 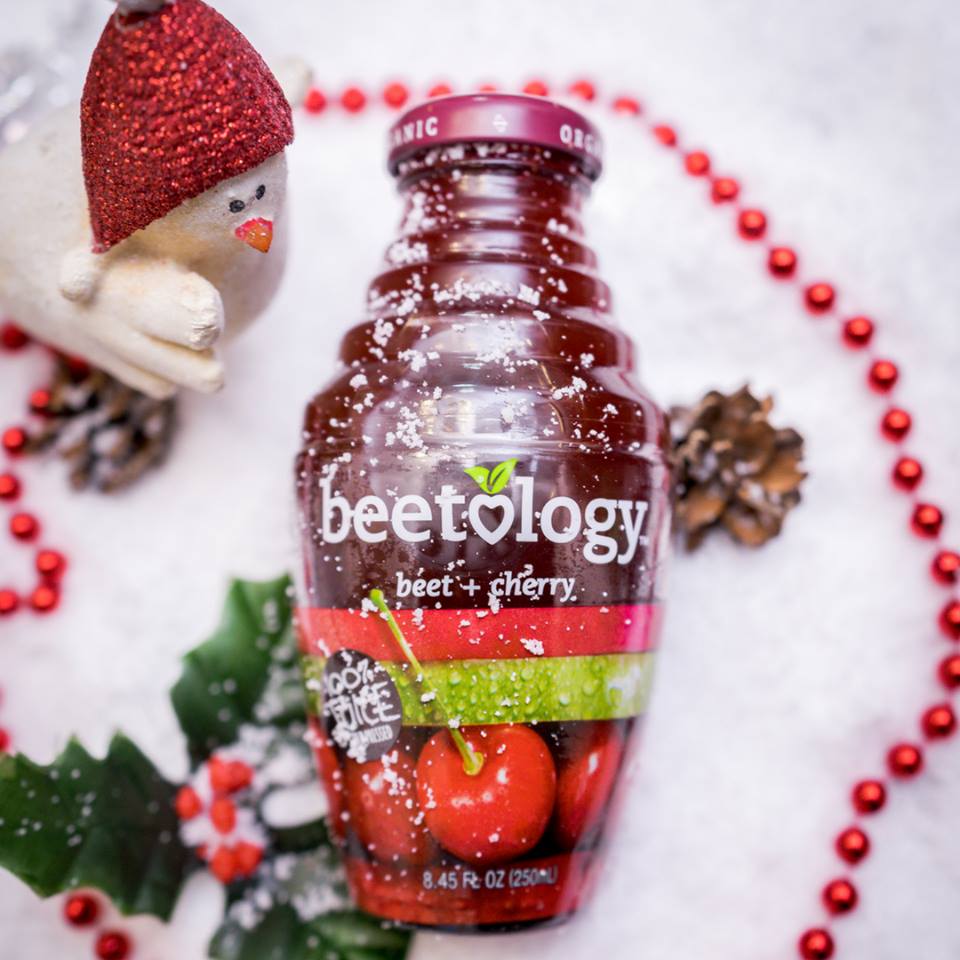 In medium saucepan, combine sugar, Beetology, cinnamon, nutmeg, and salt. Bring to a low simmer, stirring until sugar is fully dissolved. Remove from heat and add bourbon, and stir to combine.  Add cherries and stir until coated with syrup.  Let cool to room temperature and then refrigerate before serving. 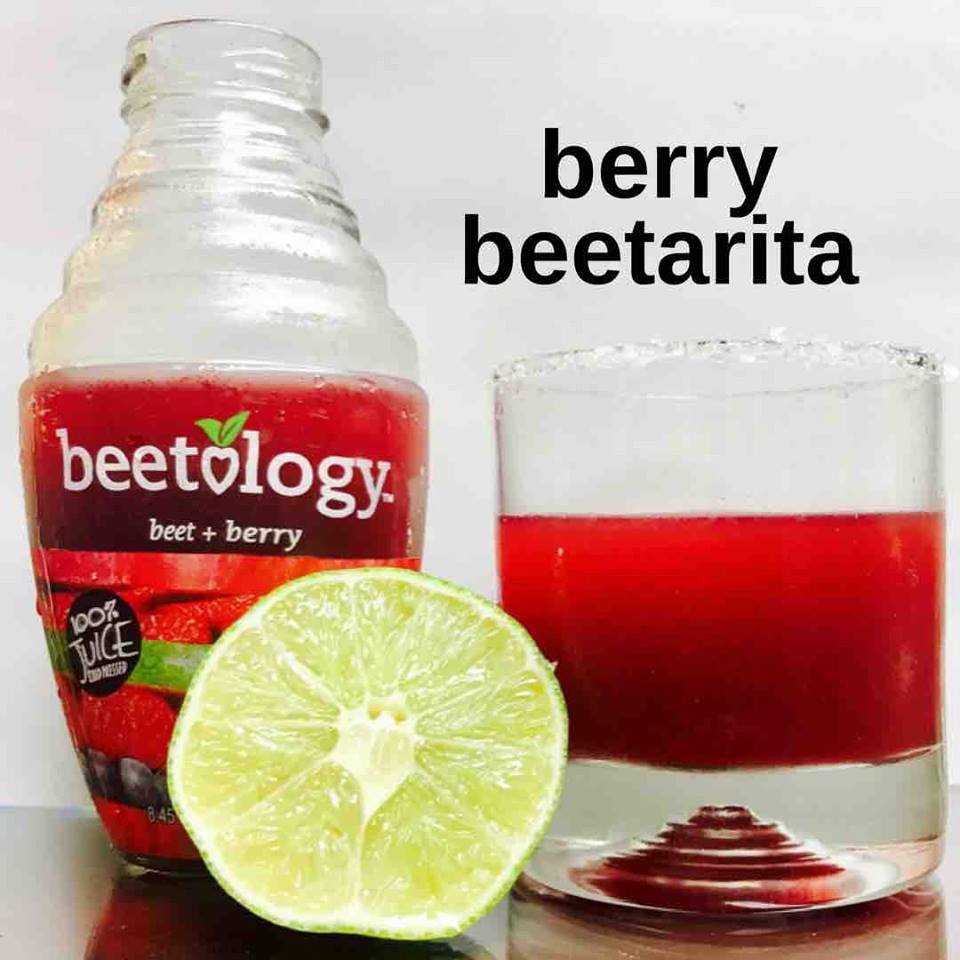 Fill a cocktail shaker halfway with ice. Add Beetology, lime juice and tequila.  Shake vigorously for about 20 seconds, and serve in a glass with or without salt. 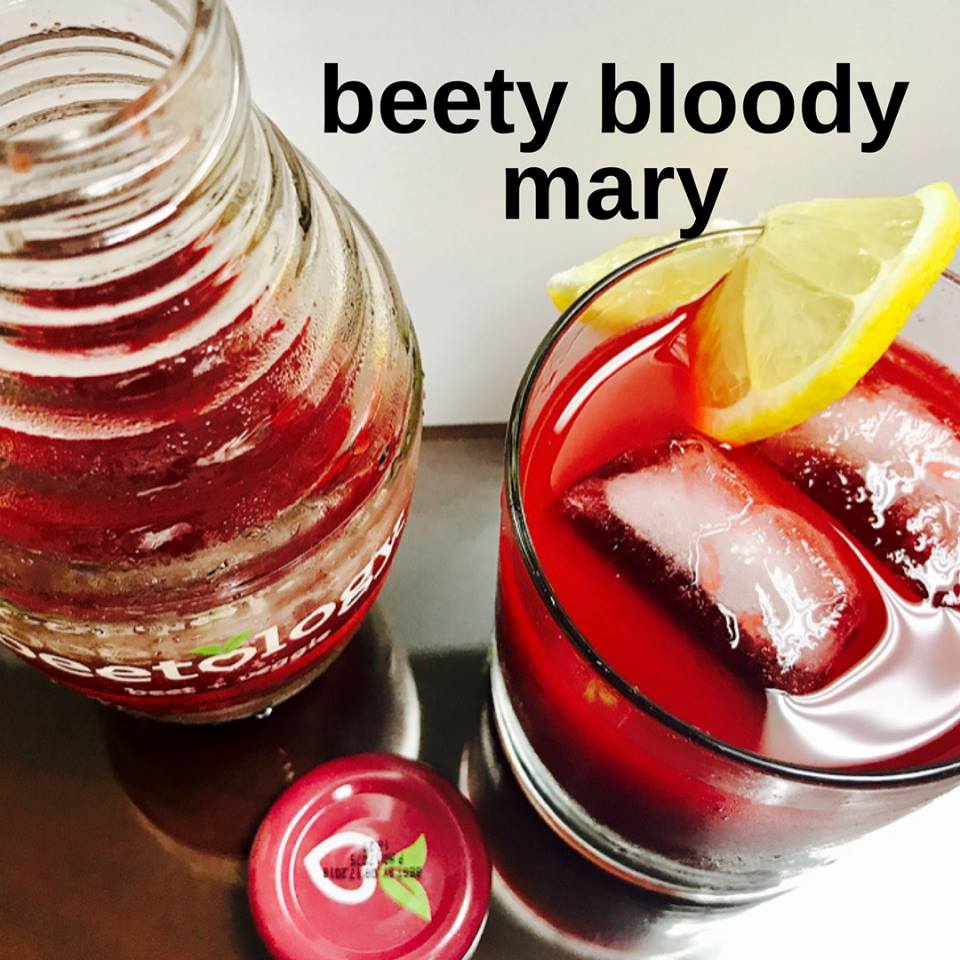 1 dash hot sauce (more if you want it extra spicy!) 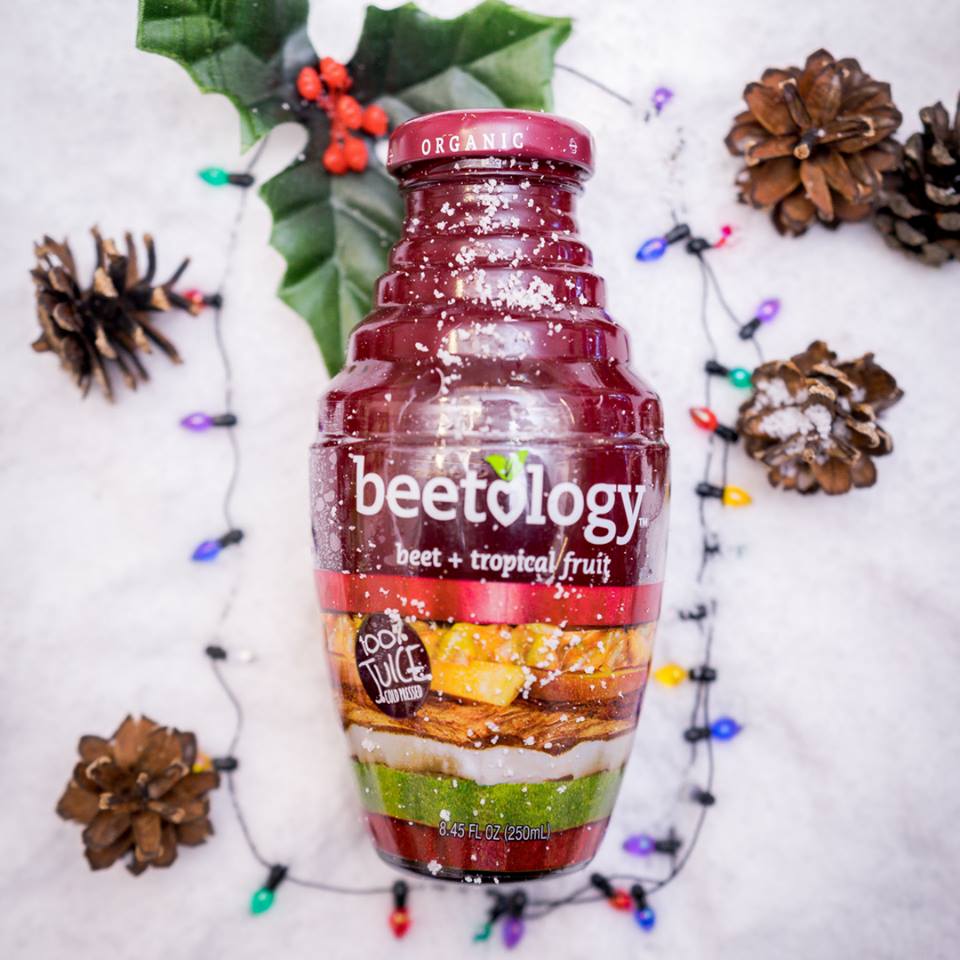 Put the ice, Beetology, coconut cream and rums into a blender. Blend until smooth and frosty. Pour the drink into 2 glasses and garnish with pineapple slices. Makes 2 drinks.

New Yorkers will have a rare opportunity to experience the company’s outstanding productions, filmed live in HD. The program launches with two acclaimed recent performances from the Paris Opera & Ballet repertoire: Millepied/Robbins/Balanchine on Sunday, May 20, and Samson et Dalila on Sunday, June 24, both at 1pm in FIAF’s Florence Gould Hall.

Millepied/Robbins/Balanchine by the renowned Paris Opera Ballet features beloved works by two of the 20th century’s great American choreographers and the premiere of a new creation by Benjamin Millepied with music by composer Nico Muhly.

“Benjamin Millepied shines in the footsteps of his masters…”—Le Monde

Benjamin Millepied pays tribute to George Balanchine and Jerome Robbins, two extraordinary choreographers, both of Russian origin, who helped to redefine dance in Europe and the US in the 20th century.

In time to celebrate the Jerome Robbins centennial this year, the HD screening will feature the Paris Opera Ballet’s introduction of Robbins beloved 1979 Opus19/The Dreamer to its repertoire, which will be paired with the company’s revival of George Balanchine’s Theme and Variations to music by Pyotr Ilyich Tchaikovsky.

The centerpiece of the program is the premiere of Benjamin Millepied’s acclaimed new ballet, Clear, Loud, Bright, Forward, featuring new music by composer Nico Muhly, which was created during Millepied’s tenure as director of dance at the Paris Opera.

Screening will be introduced by Susan Gluck Pappajohn, a former soloist and principal ballerina with the New York City Ballet and a current trustee of the Balanchine Trust.

Complimentary herbal tea and madeleines will be available during intermission, courtesy of Kusmi Tea and St Michel.

“From the marvelous opening of solo winds scattered across the night, one realizes that Philippe Jordan has set the bar high…masterful direction that brilliantly revives the flesh and breath of this too often forgotten music.” —Le Monde

Based on the biblical tale of Samson and Delilah from the Book of Judges in the Old Testament, the opera is one of the most popular and often performed in the French repertoire. The seductress Dalila is one of the great opera roles for a mezzo-soprano and includes the well-known arias “Printemps qui commence” (“Spring begins”) and “Mon cœur s’ouvre à ta voix” (“My heart opens to your voice”).

The new, 2016 production of Samson et Dalila, staged by Damiano Michieletto, returned the work to the Paris Opera after a 25-year absence. Anita Rachvelishvili, “an exceptional mezzo-soprano of seamless quality” (Opera News) plays the femme fatale and murderous priestess, and Aleksandrs Antonenko, “who tore into Samson’s music with a genuine heroic tenor” (Opera News) is the conflicted, tragic hero.

Screening in French with English subtitles.

In French with English subtitles

Complimentary herbal tea and madeleines will be available during intermission, courtesy of Kusmi Tea and St Michel.

About American Friends of the Paris Opera & Ballet

About the Paris Opera & Ballet

Recently announcing what The New York Times called a “boldly ambitious 2018–2019 season,” the Paris Opera & Ballet is a world cultural treasure with a rich history that underpins an innovative, vital present. The Paris Opera traces its beginnings to King Louis XIV of France, who established a formal academy of music and dance at court in 1669. Over the centuries, the company has undergone many transformations as a public institution. Today the 430-member company of musicians and dancers, led by general director Stéphane Lissner, ballet director Aurelie Dupont, and music director Philippe Jordan, collaborates with acclaimed directors, choreographers, and singers, and enjoys a position as one of the leading opera and ballet institutions in the world.  In 2019, it will celebrate its 350th anniversary, and the 30th anniversary of the opening of the larger of its two theaters, the Opéra Bastille. www.operadeparis.fr 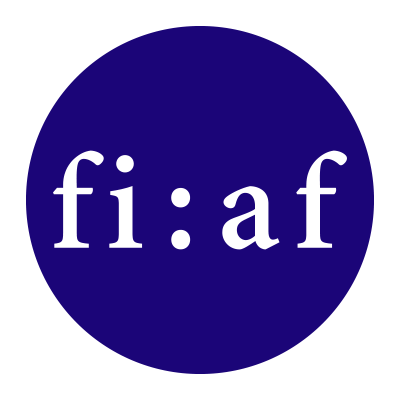 The French Institute Alliance Française (FIAF) is New York’s premiere French cultural and language center. FIAF’s mission is to create and offer New Yorkers innovative and unique programs in education and the arts that explore the evolving diversity and richness of French cultures. FIAF seeks to generate new ideas and promote cross cultural dialogue through partnerships and new platforms of expression. www.fiaf.org