It’s finally Christmas time here in Las Vegas! Cami is officially 1 and 1/2 years old! Time has really flown by and I can’t believe she is a real grown up dog now. She is not a puppy anymore and definitely not the youngest at the park. Cami really LOVES to play with other dogs. I make sure I let her experience a range of toys and treats so she can learn what she likes and doesn’t like. So here is her list of Cami’s favorite things!

The vegan dog treats are made of sea kelp! They are easy to break in 1/2 and Cami loved these! It took her at least 3 mins to give this treat a good chew before it disappears. Our good friends at Swedencare sent these for us to try and we give it two thumbs up! 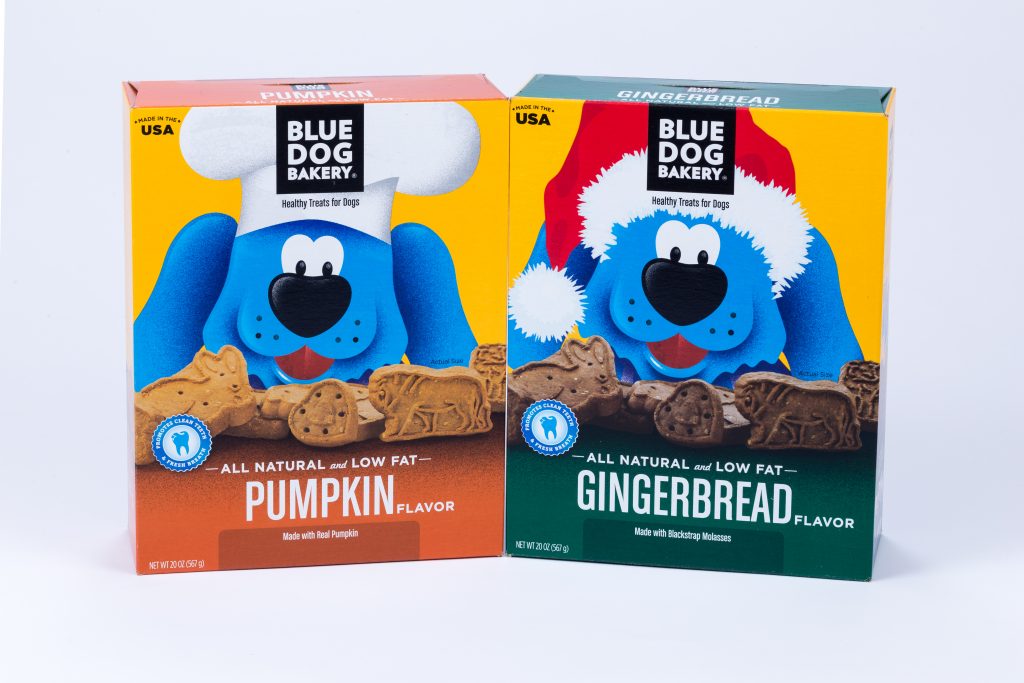 As you know, pumpkin is a great source of fiber and nutrition for dogs and humans. Pumpkin seeds are great for dogs too! I know that Cami loves pumpkin and she was excited to try these new cookie flavors. The best part is that shapes and the cookies are quite large! in size. I give these for her training or just as a mid day snack. Can’t wait to also try the new Gingerbread flavor too.

Blue Dog Bakery treats are available at Target, Walmart, various grocery stores throughout the U.S., and online through Amazon.com, Chewy.com and the Blue Dog Bakery website. 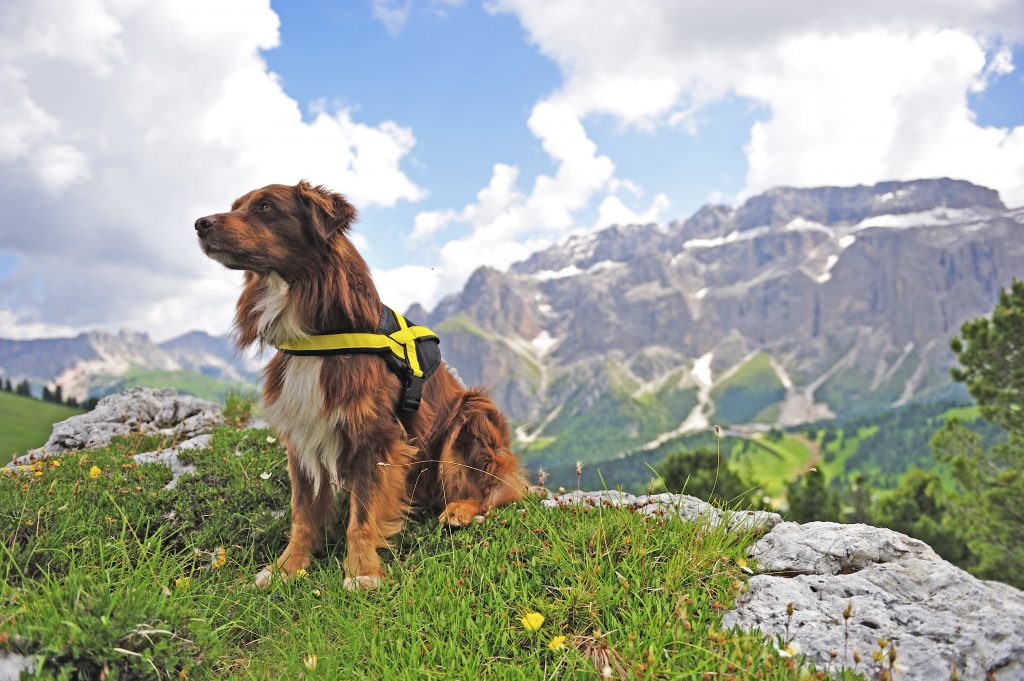 So Cami is not the most sporty dog but it’s cool to check out dog gear on Instagram! Check out @NeewaUSA – Neewa designs dog harnesses, leashes, belts, lines and more, for all dog owners who love outdoor sports. All products 🇮🇹 Made in Italy  www.neewadogs.com 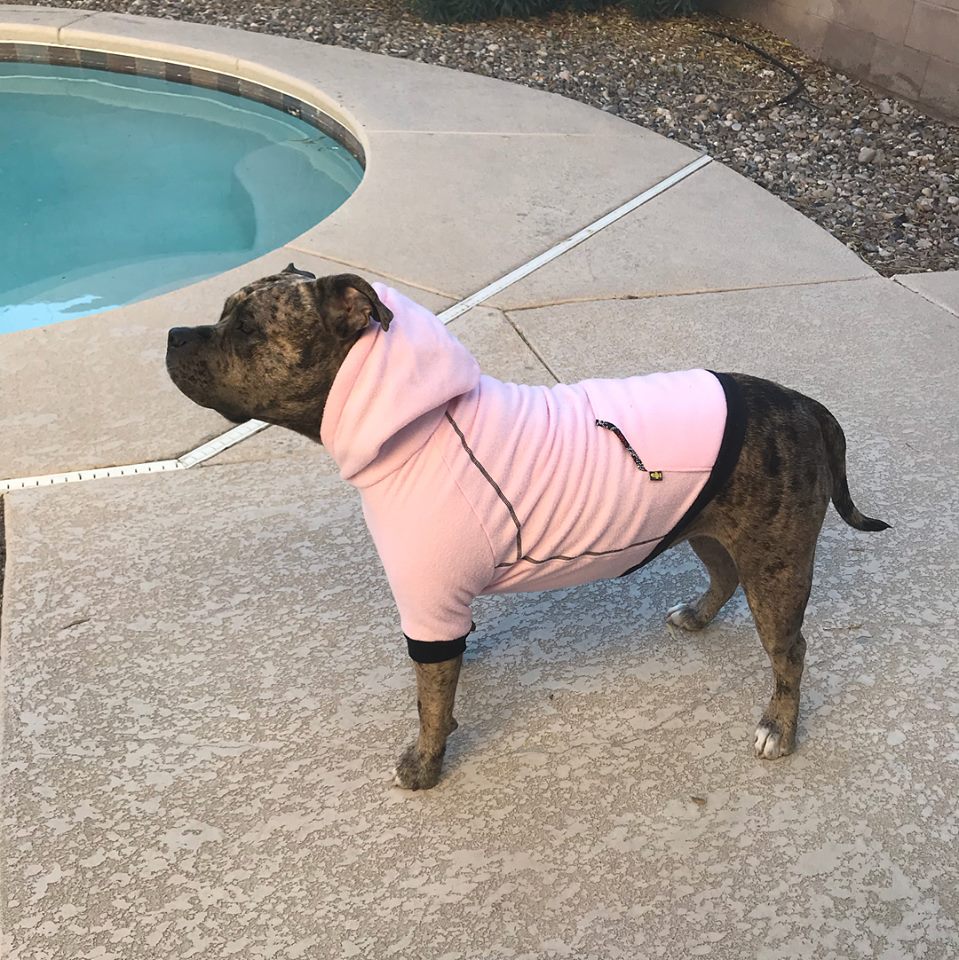 When you are a round little pup and a chunky mama, it’s hard to find cute clothes that fit! But Doggie T Shirt has the best selection of hoodies for big dogs. We got so many cool things from there, including this pink hoodie. They have up to 5XL.

Extremely excited for this event in Art Basel Miami this year! Lucky to see 5 world class artists push the boundaries of imagination with technology. Proud of my husband for being the Executive Producer on this HUGE project. Enjoy!

For the first time ever, you will see the fantasy of Vegas in a 360 art immersion. 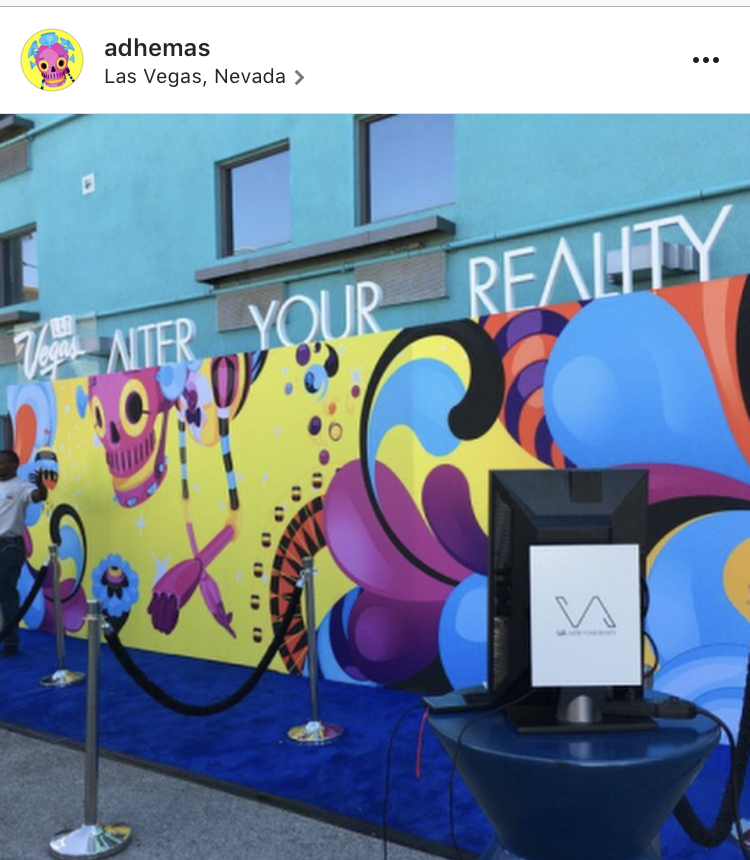 To find out how Vegas can alter your reality, check out our exhibit during Miami Art Week:

Born in Brazil, Adhemas Batista’s career as a self-educated designer and digital artist began in 1996. Experienced in both digital and traditional advertising, his work with Havaianas gained worldwide exposure and prompted his 2006 move to Los Angeles, where he happily resides with his wife and four children.

His attention to detail and craft ultimately earned him three Golden Statues in the London International Advertising Festival, The One Show’s prestigious Gold Pencil and a nomination for an Emmy Award. Recognized by The Cannes Festival of Advertising in 2003 as the Brazilian Young Creative, he has since received nine festival Lions, including: three Golden Lions as well as a Grand Prix for the Good honoring his work in “UNICEF Unfairly Tales,” a campaign about the Syrian refugee crisis.

In addition, Microsoft’s Windows 7 and 8 operating systems featured his work and the UK’s Computer Arts Magazine elected his Coca-Cola piece as the “Design of the Decade 00-09.”

Adhemas believes everyone is made of energy – a light source that can shine strong and affect everyone around it, change behaviors, motivate people and generate creativity. 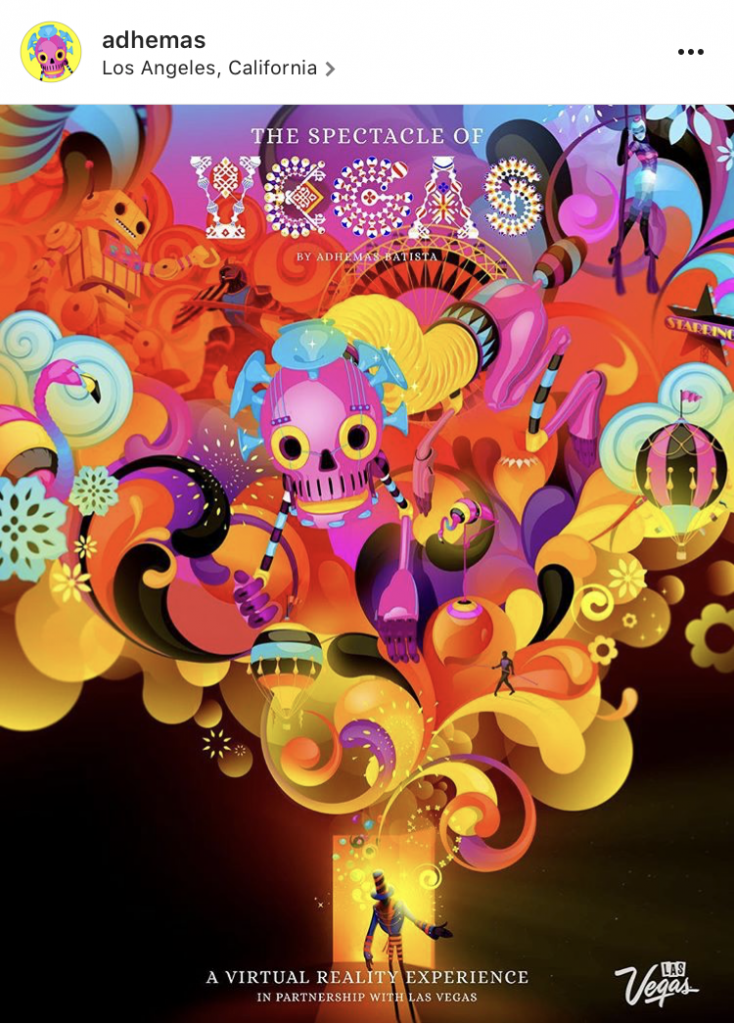 Beeple has done visuals for superstar entertainers, including: Justin Bieber, One Direction, Eminem, Nicki Minaj, Wiz Khalifa, Zedd, along with a number of Las Vegas resident DJs including: deadmau5, Avicii and more. He has also released hundreds of Creative Commons VJ clips that are used extensively by VJs all over the world. In addition, he has recently completed over ten years of “everydays” a project where pictures are all taken from start to finish every day. The project has inspired hundreds of other artists to start their own everydays projects.

Born and raised in Toulouse, France, Fafi’s strong presence in the graffiti and fine arts scene was first witnessed on her hometown walls in 1994. Her sexy, funny and sometimes aggressive girl characters made the whole world take notice. By exploring femininity through stereotypes and using it to her advantage, she drew enormous attention and thus started to travel the world with thousands of Fafinettes, her iconic characters, in her brushes and paint cans.

Fafi has previously worked with Sony to design a six-character toy set for the Time Capsules collection, an almost natural move for her three-dimensional measures. Other successful figurines would follow, as well as numerous expositions and collaborations with Colette, Adidas, LeSportSac, Coca-Cola and countless press stories in the most prestigious magazines (i.e. Vogue, Elle, The Face, XLR8R, Yen etc.).

Prior to her work on the Vegas: Alter Your Reality campaign, Fafi had created wall-to-wall murals on prominent buildings for the Life is Beautiful music festival that takes place annually in downtown Las Vegas.

INSA has grown from graffiti writer to accomplished artist. Using concepts as ambitious as filming from space to produce seconds worth of looping-animated artwork, he has proved himself truly unique in vision and accomplishment. In the process, he has amassed tens of millions of views online for his stunning video projects.

Originally famous for his ubiquitous ‘Graffiti Fetish’ artwork that focused on issues of modern aspirations, his visual motifs confront the fetishisation of products in modern society and the commodification of success and ambition. Now known for his mind-bending ‘GIF-ITI’ work, which is underpinned by the theme of online versus offline life, the artist continues his interest in confounding concepts of time and space, the ways in which we process and consume and the transience of both art and object.

Prior to his work with Vegas: Alter Your Reality, INSA worked with brands including Nike and Sony.

James White, also known as Signalnoise, was born in 1977 and calls Dartmouth, Nova Scotia, Canada home. His parents were never able to keep typewriter paper in the house as White would steal it for drawings as early as the age of four. Upon graduation of high school, he attended a graphic design course in his hometown where he was introduced to Photoshop and Illustrator; tools he still uses today. His professional design career began in 1998 designing websites and print campaigns.

White never stopped creating and working on his own projects that took up evenings and weekends, eventually resulting in the creation of the Signalnoise Studio. His personal projects gained recognition in the industry and led him to working with Toyota, Universal Music, Nike, MTV, Google, Wired, and now – Las Vegas.

Today, his focus is on various neon-infused art projects, creating some pieces to compliment his childhood in the 1980s. He also spends a lot of time on the road speaking at various design conventions and events around the world.

Before embarking on the Vegas: Alter Your Reality project, White had never been to Las Vegas before. His artwork reflects a unique interpretation of Las Vegas through the eyes of a first-time visitor.

0 Comments
0
kids are going crazy for the brand NEW Stunt Planes by Stomp Rocket! We love the tricks and loops they make and this is definitely the gift I am giving all the kids in my family this holiday season. Now available at www.walmart.com for Presale! Nationwide in Mid-November! 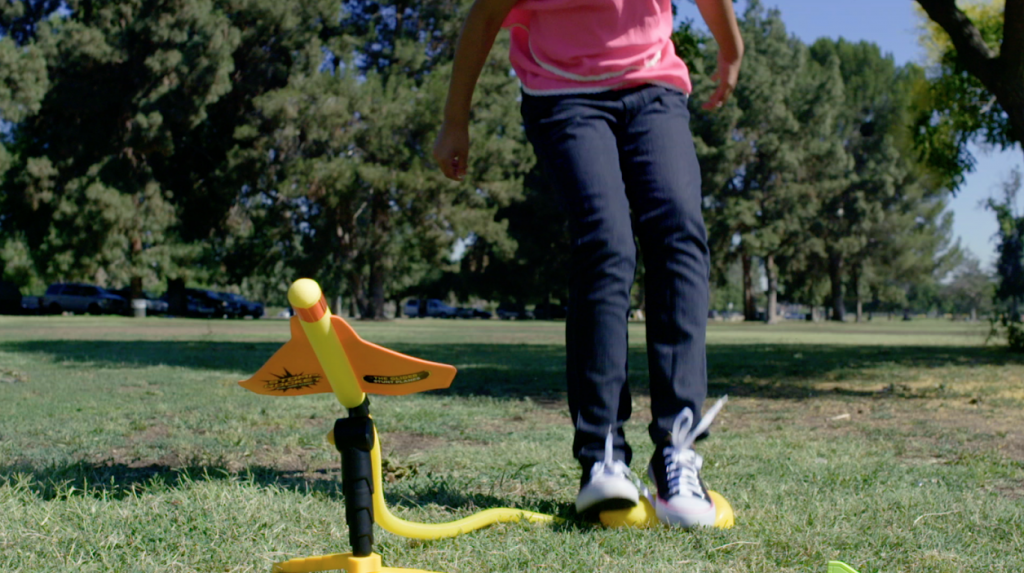 Stomp Rocket®, the award-winning brand behind the world’s highest-flying, 100% kid-powered rockets, is thrilled to announce the launch of Stunt Planes. These three different planes were designed by aeronautical engineers to do amazing tricks, from loops and flips to glides and rolls. Stomp Rocket® Stunt Planes are available just in time to inspire and delight kids this holiday season! 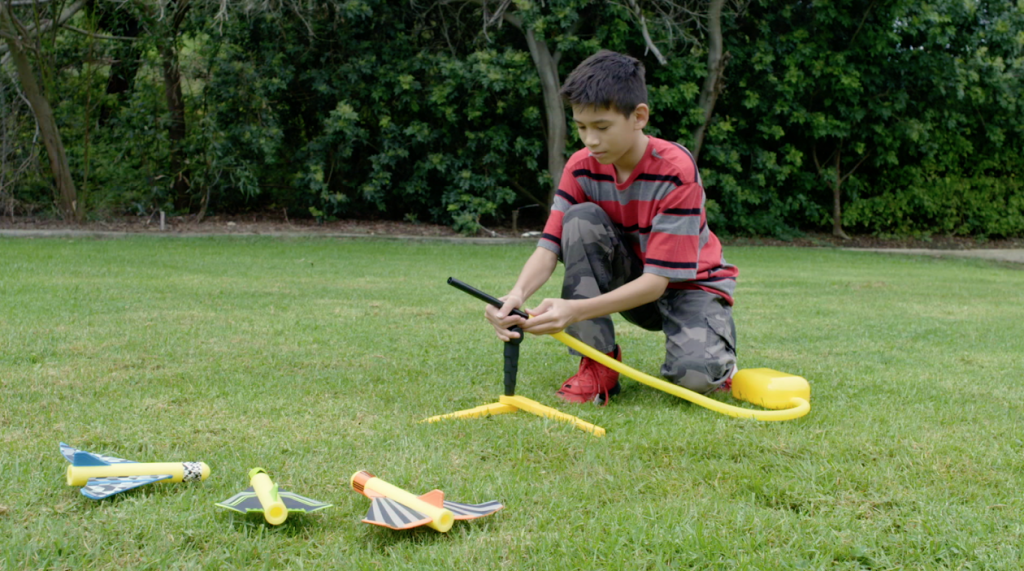 Everything kids do changes how these Stunt Planes fly! This is a great way for kids to explore STEM (science, technology, engineering, and math) concepts through active, outdoor play. For example, kids can learn about trajectory by changing the launch angle of Stunt Planes. They can learn about force by stomping harder or softer. And they can discover the importance of aerodynamics by launching Stunt Planes with a head wind, a tail wind, a cross wind or no wind at all. 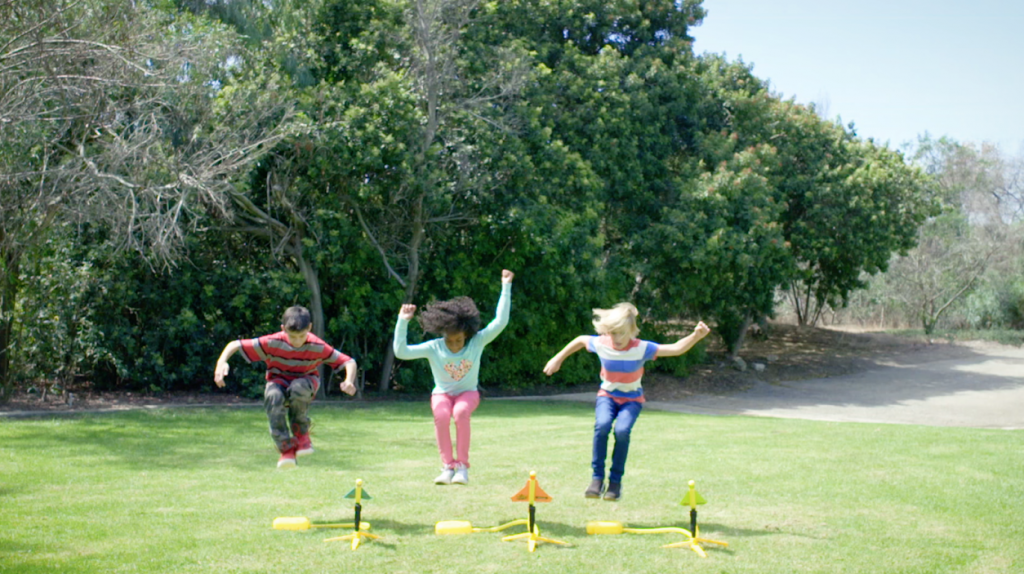 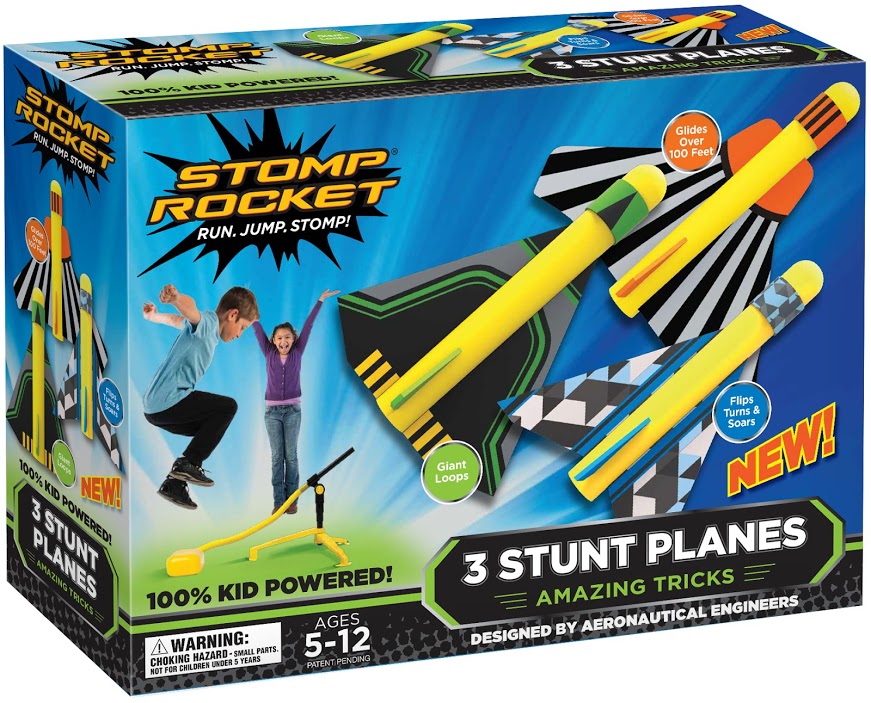 You can thrill kids’  thirst for knowledge even more by adding the Stomp Rocket’s® book Stompin’ Science: Making Science a Blast to their holiday stockings. Filled with short, fun lessons appropriate for kids from elementary to middle school ages, Stompin’ Science makes it easy for parents and teachers to inspire excitement about important STEM principles and even help kids conduct their own experiments with Stomp Rockets.

Starting in November 2017, you can find Stomp Rocket® Stunt Planes at www.stomprocket.com and on Amazon.com, Target.com, BedBathandBeyond.com and in Mills Fleet Farm stores. Other Stomp Rocket® products are also available online at BedBathand Beyond.com, and in-store at Toys R Us, Dick’s Sporting Goods and Big 5. 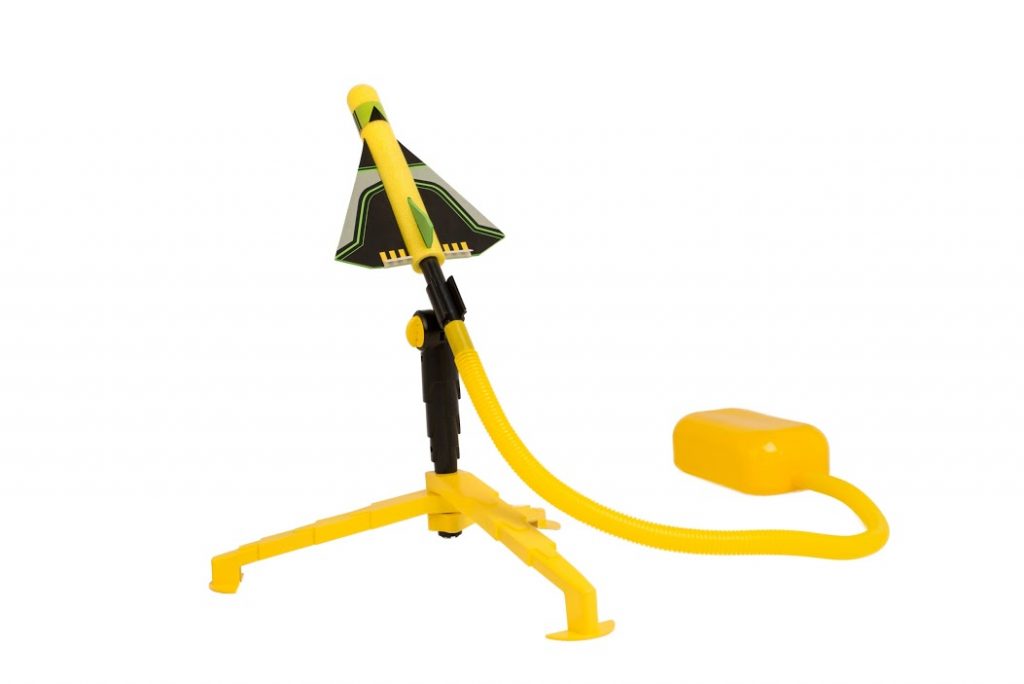 Run, jump and STOMP! For 25 years, Stomp Rocket® has been entertaining kids and their families, and stimulating active, outdoor play. The Original Stomp Rocket® is 100% kid-powered, and the product line includes rockets that soar up to 400 feet in the air, as well as toys that are appropriate for kids as young as age 3. Stomp Rocket® has sold over 5 million toys and won numerous awards from industry experts, including Good Housekeeping, Creative Child Magazine, Dr. Toy, iParenting Media and Toy Directory Monthly. Stomp Rocket® is made by D&L Company of Minden, Nevada, www.StompRocket.com.