Earlier this week, Paul McDonald and Ashwath Rajan, two former Google employees, launched their start-up “Bodega”. The goal is to make corner stores, also known to many on the east coast as “Bodegas”, a thing of the past. Safe to say Twitter lost their minds! Almost immediately, “Bodega” started trending on Twitter. Their idea was to “combine the convenience of online ordering with the instant gratification of real world retail.”

There’s only one problem: you can’t replicate the Bodega experience. 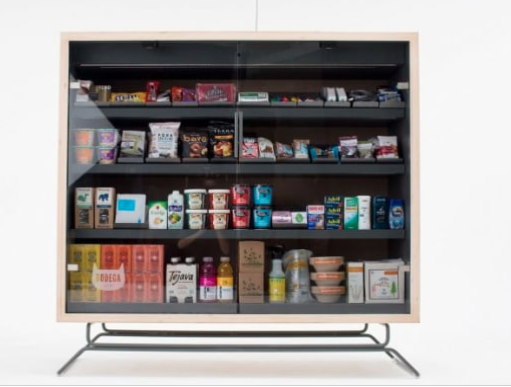 A Bodega is defined as a small grocery store, commonly found in a low-income, urban areas, and Spanish-speaking neighborhoods. They sell everything from cold-cut sandwiches to nail files and toys.

To many New Yorker’s, their local Bodega employees are like family. These are the people who will make your bacon egg & cheese at any time of the day/night. This is the place where you find things you didn’t even know you needed. They understand the concept of “I O U (I-owe-you). When you don’t have any money to eat, they always have your back. Now it is time that we come together to help them out.

A big shout out to The Association for Neighborhood and Housing Development in New York for addressing the matter in a statement. “The awful irony of naming the company ‘Bodega’ after the very brick and mortar institutions they aim to displace, to say nothing about the cat their logo is based on that will similarly be displaced, is offensive, utterly misguided, and frankly disrespectful to New Yorker’s,” it said.

All in all, I am all for building a future, but let’s try not to eradicate and gentrify such an important part of many urban communities. More importantly, the vending machine could potentially put many mom and pop stores out of business. Minorities/immigrants own majorities of these small businesses, and depend on this as their source of income. Speaking from a personal experience, I grew up seeing my family work their butts off every day at our own Bodega where we serviced many poor communities and made sure everyone could afford to eat and buy whatever they needed. Using the term “Bodega” is offensive to the Hispanic immigrants who established their businesses in the 1960’s and 1970’s and built their legacy off serving their locals. Bodegas are all about the human interaction. Some fancy vending machine carrying cups of noodle soups and stale candy bars won’t give you that warm experience provided to you at your local corner store. 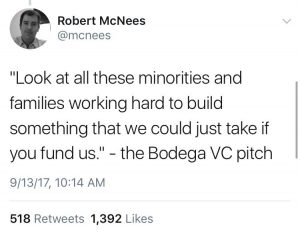 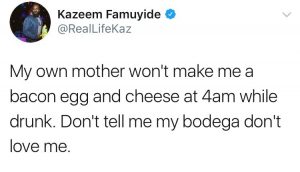 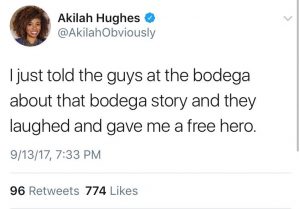 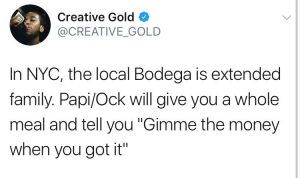 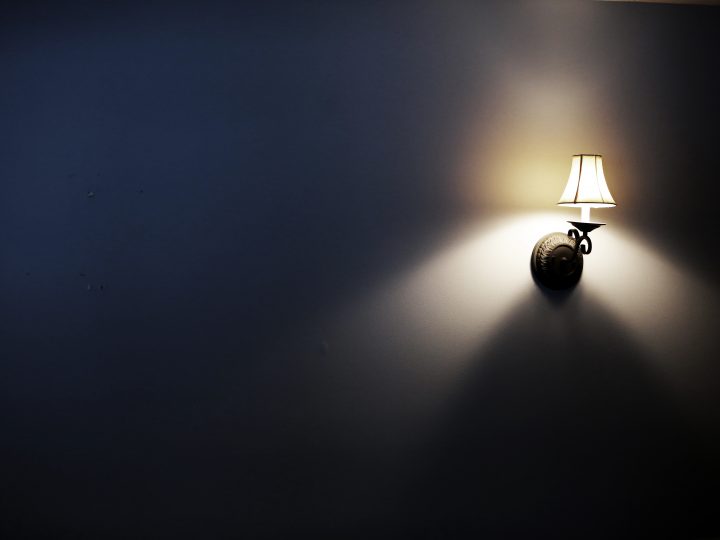