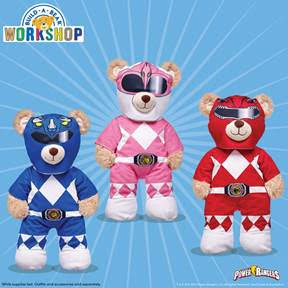 In addition to the 2 new furry friends, Build-A-Bear is releasing a line of costumes, accessories and a sound chip, all based on the original hit TV series, Mighty Morphin Power Rangers. 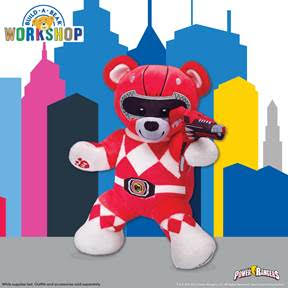 Celebrating 20 years of business in 2017, Build-A-Bear is a global brand kids love and parents trust that seeks to add a little more heart to life. Build-A-Bear Workshop has approximately 400 stores worldwide where Guests can create customizable furry friends, including company-owned stores in the United States, Canada, Denmark, Ireland, Puerto Rico, the United Kingdom and China, and franchise stores in Africa, Asia, Australia, Europe, Mexico and the Middle East. The company was named to the FORTUNE 100 Best Companies to Work For® list for the eighth year in a row in 2016. Build-A-Bear Workshop, Inc. (NYSE:BBW) posted a total revenue of $377.7 million in fiscal 2015. For more information, visit buildabear.com. 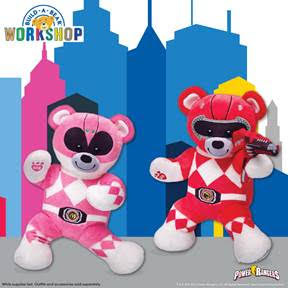 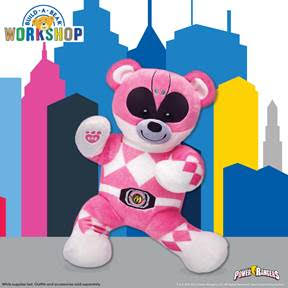 Saban’s Power Rangers franchise is the brainchild of Haim Saban, creator and producer of the original “Mighty Morphin Power Rangers” hit series that launched in 1993. Following its introduction, “Power Rangers” quickly became the most-watched children’s television program in the United States and remains one of the top-rated and longest running kids live-action series in television history. The series follows the adventures of a group of ordinary teens who morph into superheroes and save the world from evil. It is seen in more than 150 markets, translated into numerous languages and a favorite on many key international children’s programming blocks around the world. For more information, visitwww.powerrangers.com.