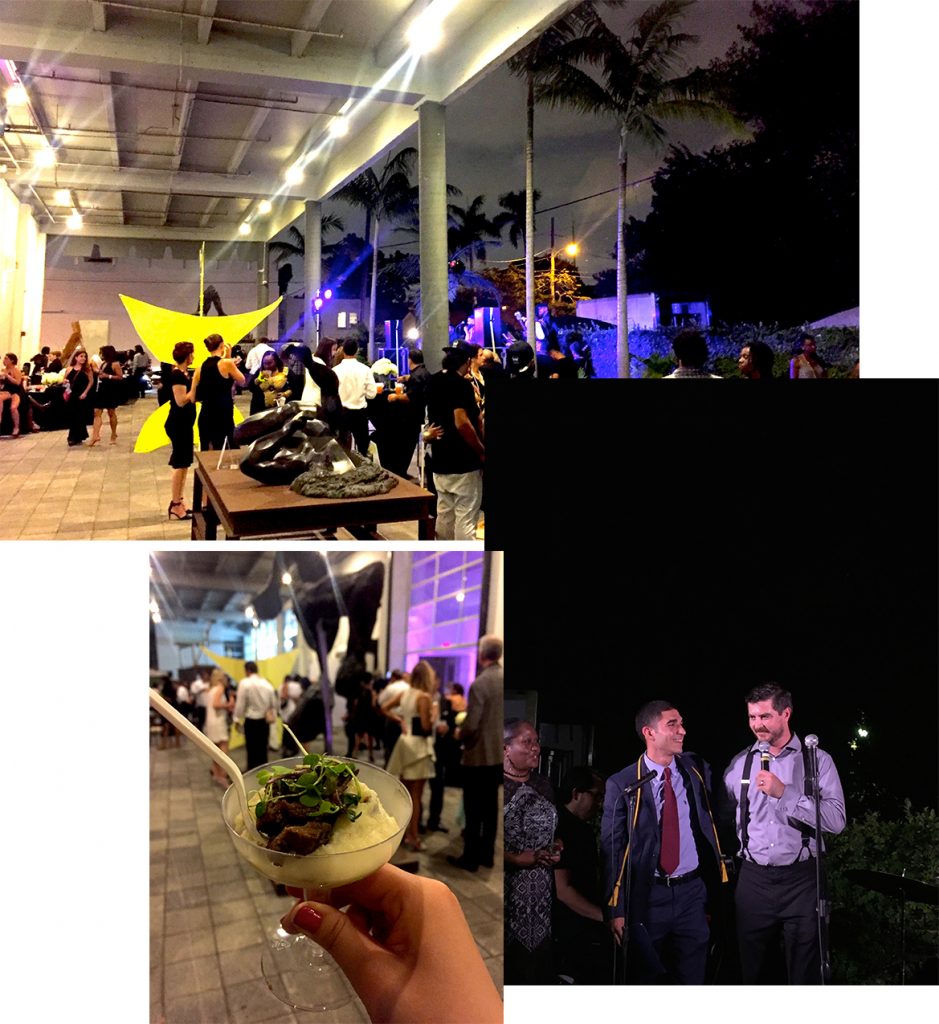 Educate Tomorrow, Corp. is an international, nonprofit, certified 501(c)3 organization. All over the world, poverty denies children, as well as adults, the promises of a better tomorrow. Forgotten by society and social welfare programs, children born into poverty are trapped in a cruel and often violent cycle that frequently continues for generations. Lacking the inspiration, confidence, knowledge, and means to change, entire families are lost to the cycle of hopelessness.

Educate Tomorrow believes that the best way to end the cycle of poverty is through education. Their mission is to make education an attainable goal for the most disadvantaged in our world, so that all may be afforded the possibilities that can be achieved through learning. They strive to reach out to these individuals and provide them inspiration, guidance, and support and lead them on the path of life-long learning.

Based in Miami, Florida, Educate Tomorrow supports 15-23 year olds, who are aging out of the foster care system, by matching them with mentors. These mentors in turn help the young people to enroll in college and training programs, find housing and jobs, as well as apply for educational and social assistance that may be available to them. 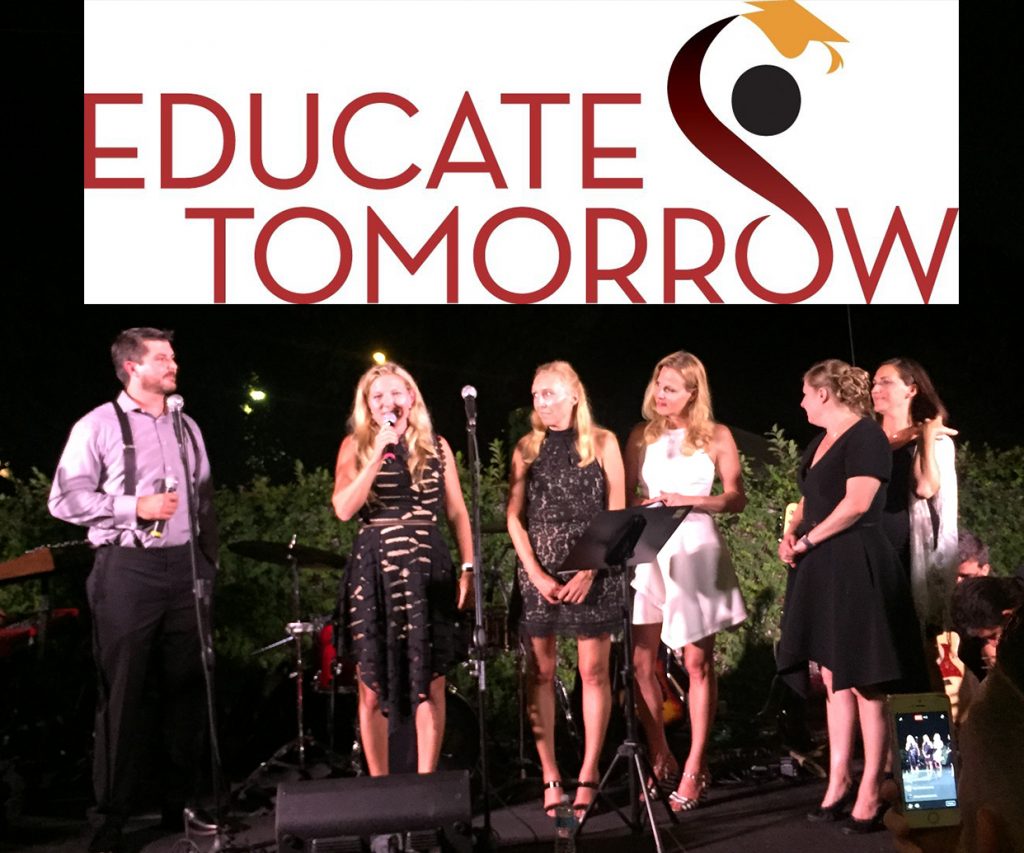 Internationally, the founders of Educate Tomorrow established one of the first local language primary schools in the remote and impoverished village of Kabey Fo in Niger, West Africa. The founders also developed an Adult Literacy Program in the same village. Established under the same principals as the Miami-based efforts, these educational programs are designed to provide inspiration, guidance, and support and lead the children and adults on the path of life-long learning. Some of the first students will graduate from primary school this year. To facilitate their continued success, Educate Tomorrow is establishing a dormitory about 2km from the nearest secondary school, which will provide room and board, as well as tutoring to the students from Kabey Fo. These programs continue to be funded by generous donations to Educate Tomorrow’s International Program. 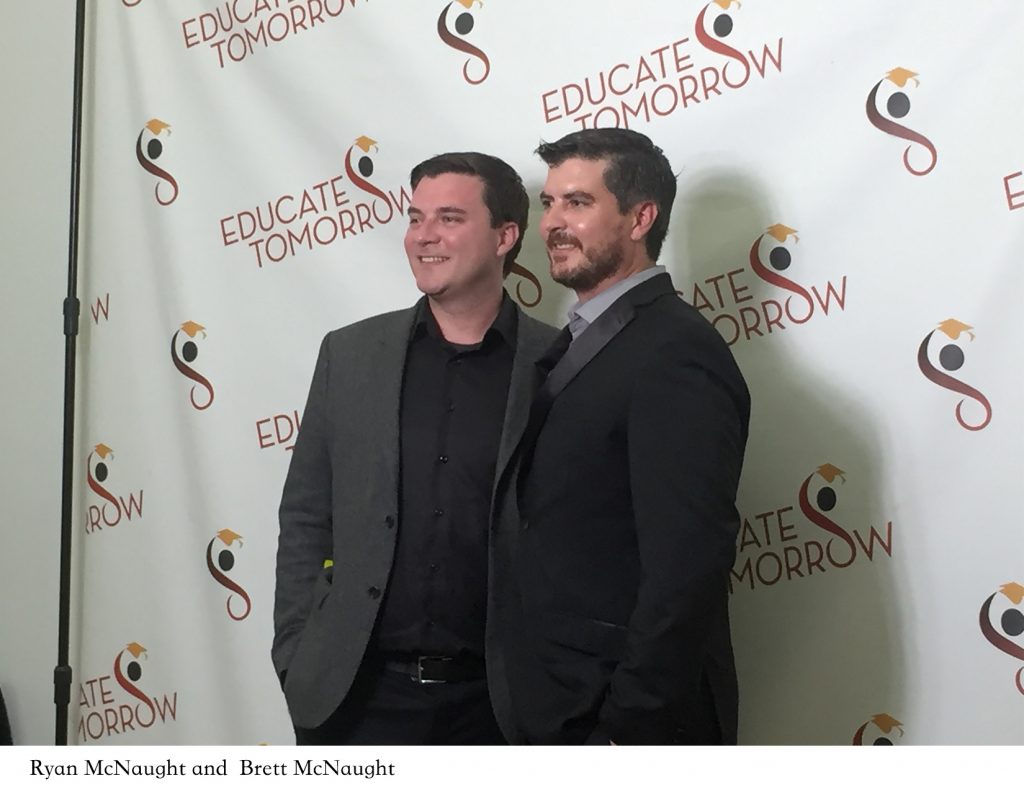 Brett is the CEO of Educate Tomorrow, aMiami-Dade County based 501c3 whose mission is to create independence for disadvantaged and foster youth through education, mentoring and the development of life skills. The White House named Educate Tomorrow a top 25 “Program of Promise” and the Greater Miami Chamber of Commerce awarded Educate Tomorrow the NOVO Innovation award in 2014 for non-profits. Voices for Children Foundation named Educate Tomorrow the child protector of the year in 2013. In 2014 Brett was selected to the National Urban Fellows Executive Leadership Program and to the Miami Foundation Miami Leaders program where he is sponsored to attend the FIU High Potential Leader Program. Before Educate Tomorrow Brett was an officer of buildOn where he led their International programs from 2005-2012 overseeing the construction of over 1,000 classrooms for more than 40,000 children in rural Haiti, Nicaragua, Senegal, Mali, Malawi, Niger, Nepal and India. Brett served as a Peace Corps volunteer in Niger, West Africa from 2001-2003. He lived in a remote rural village without a road, running water or electricity and learned to speak the local language, Hausa, fluently enough to build a school, run adult literacy programs and institute multiple health and agriculture based projects. Brett has an M.S.Ed in Community and Social Change from the University of Miami. He is currently a board member of buildOn and Learning 1 to 1 Foundation, and was on the board of the Miami Dade County Community Based Care Alliance from 2012-2016. He is co-chair of the Education and Employment committee for the Miami-Dade County Homeless Youth Collective Impact. He is married to Virginia Emmons McNaught, co-founder of Educate Tomorrow and has a 5 year old daughter named Emma and a 4 year old son named Miles.  Together Brett and Virginia received the Florida International University PATH award for Well-Being in 2015 for their work at Educate Tomorrow. 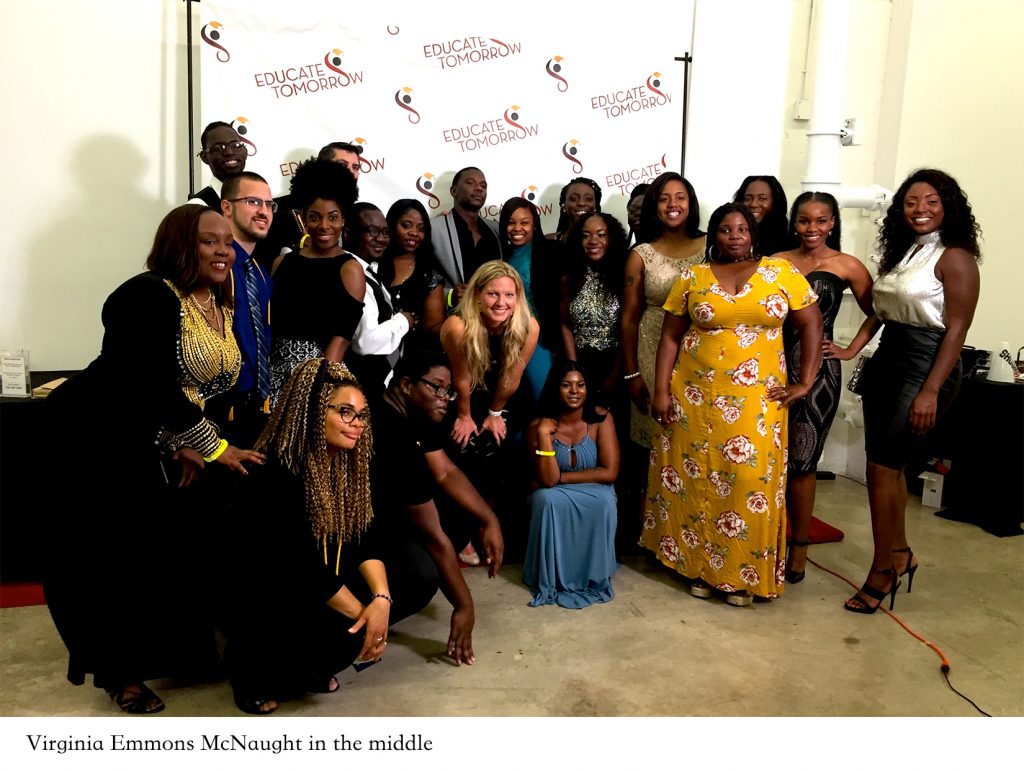 Virginia Emmons McNaught is co-founder, President and Chief Business Development Officer of Educate Tomorrow.  She was CEO of Educate Tomorrow from 2003-2010.  She now leads Educate Tomorrow in strategy and growth, forging key strategic partnerships locally and globally.  In 2015 Virginia was recognized at the Red Cross Women’s Spectrum Awards for her work in Education.  She is also the recipient of Florida International University PATH Award for Well-Being, which she received with her husband.  She was awarded the Junior League’s Women Who Make A Difference Award and the National Underground Railroad Freedom Center Everyday Freedom Hero Award.  She was featured in the book America’s Way to Change and was recognized at the White House by President Obama as developing one of twenty-five Programs With Promise.  In 2012 Virginia was a finalist for the White House Fellowship.  Virginia served as a Peace Corps Volunteer in a remote village in Niger, West Africa and continues to support the schools she helped establish. She has represented the Peace Corps as a spokesperson for White House events and is the current President of the Returned Peace Corps Volunteers of South Florida.  Raised as the youngest of eight from humble beginnings in Greendale, Wisconsin, she has traveled to over 45 countries. She graduated from the University of Wisconsin-Platteville where she was student body President and captain of the soccer team. She is a graduate of the University of Miami with a M.S. Ed in Community& Social Change.

More information about  Educate Tomorrow or  make a donate, http://www.educatetomorrow.org/.

Take your mother/daughter bond to a new level with these fabulous products for spring! We’ve gathered a list of fashion and cosmetics must-haves that mother and daughter can enjoy together. 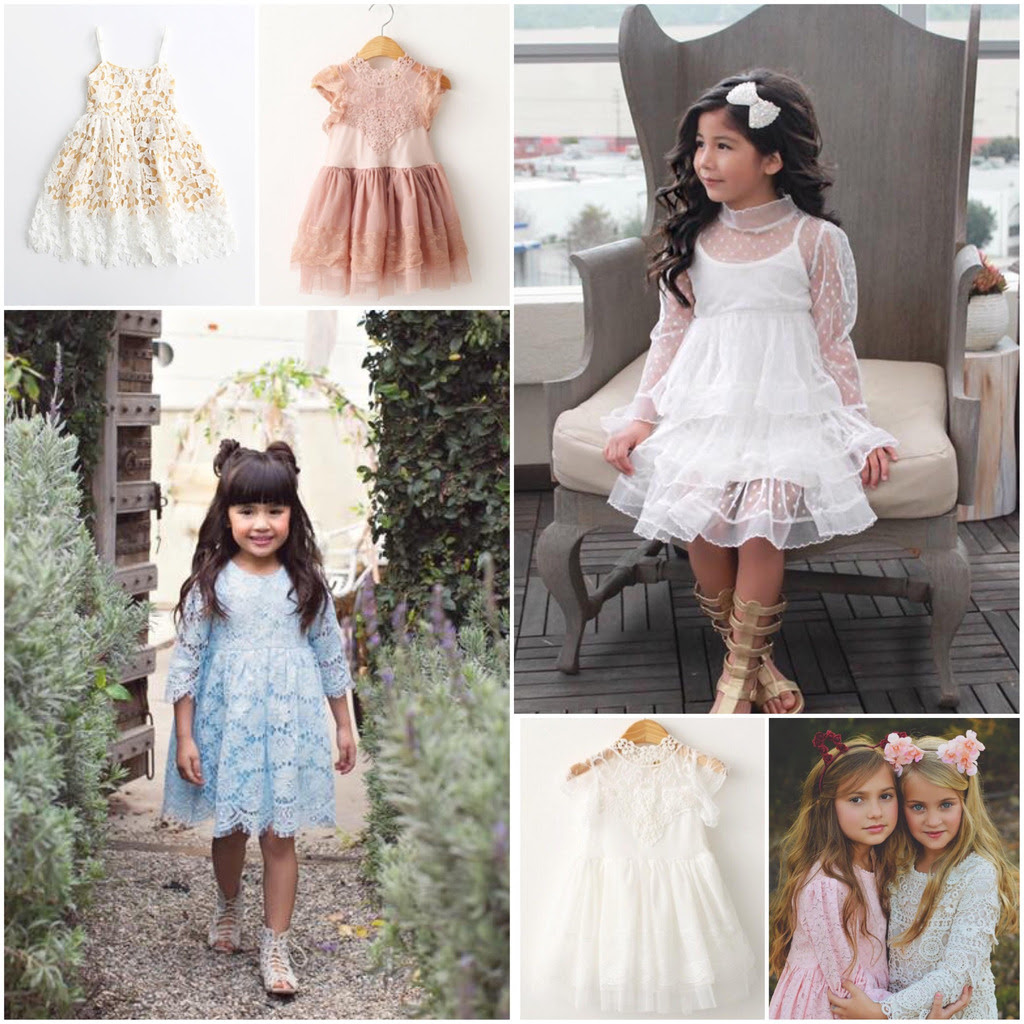 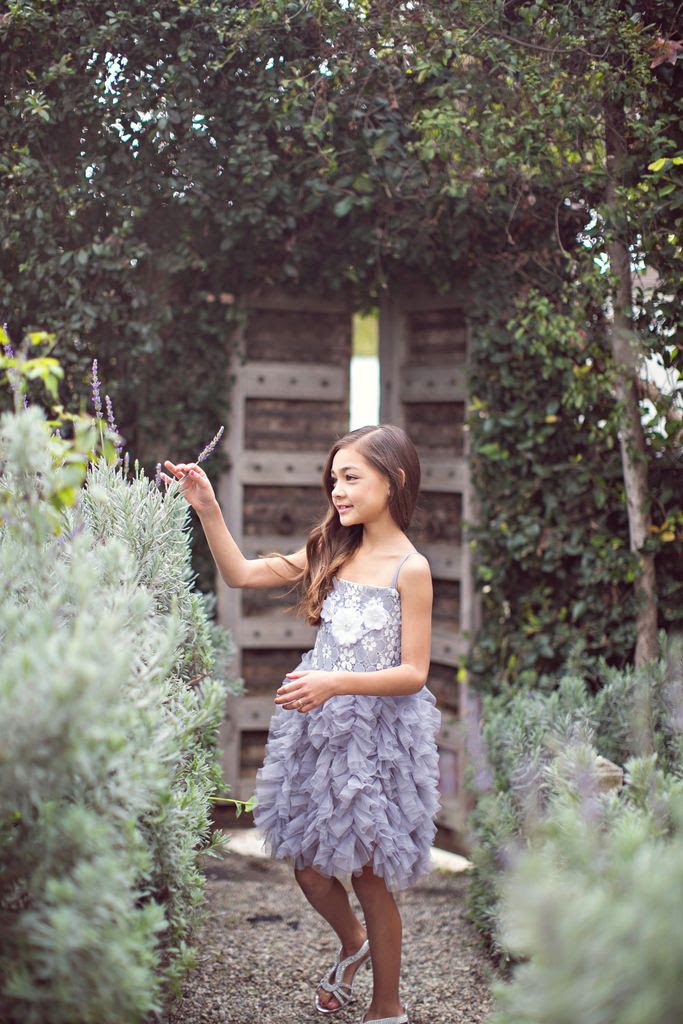 Fashion designer and “mompreneur,” Kim Landi! Landi designs stunning outfits and accessories for children and women! Celebrities such as Tori Spelling and Amanda Stanton love dressing their daughters in her line, ModerneChild Shoppe. ​ModerneChild Shoppe offers high-quality, unique attire and accessories that are deemed what fashion bloggers call “cuteness overload.” Choose from an array of super stylish outfits and accessories – shop their New Spring Dresses and their adorable Mommy & Me Collection to find the perfect outfit for your spring festivities. 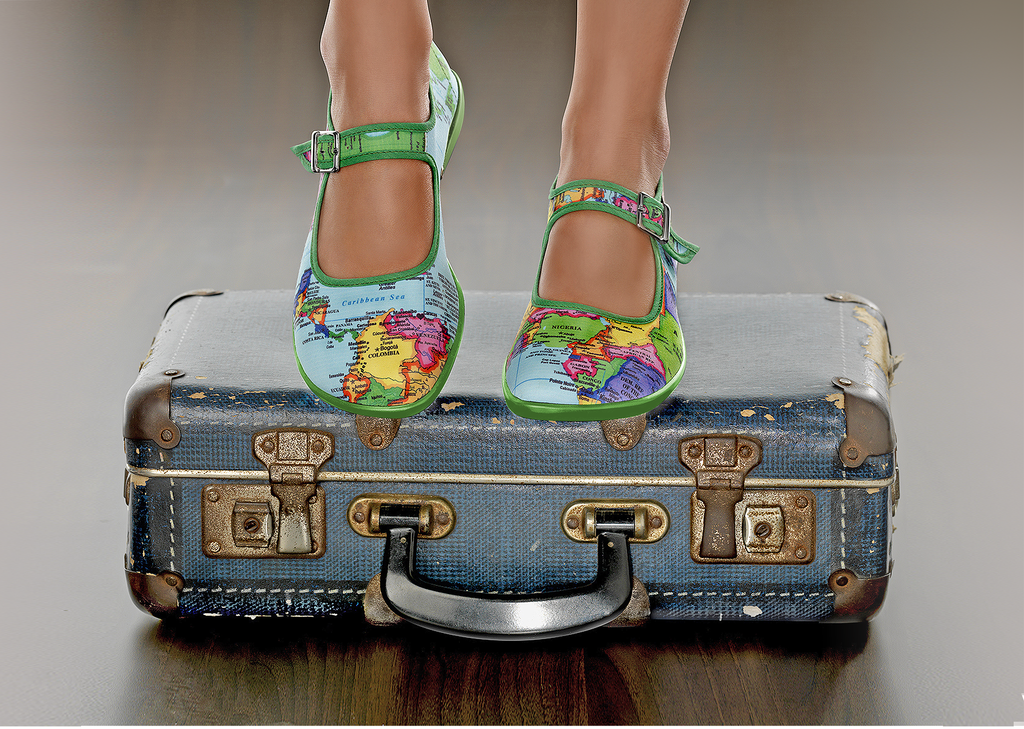 How can a pair of shoes reflect your style and mood and make you feel super unique? Hot Chocolate Design (HCD) has figured out that exact formula. Through exceptional design, imagination and creativity, this Venezuelan company has become internationally known for their fun and funky shoe designs. The founders are constantly influenced by different styles, tastes and eras, which they channel in their designs to create one-of-a-kind shoes that are loved equally by young and old, mainstream and non-mainstream, fashion-forward individuals. Beautifully packaged in a cake-themed decorative box, shoes from Hot Chocolate Design make a spectacular gift for the bold shoe lover on your holiday list. Take a look at HCD’s top picks from their marvelous Chocolaticas® and Double Topping line, available in a wide variety of prints and designs to match any mood, event or theme! Matching flats are available! 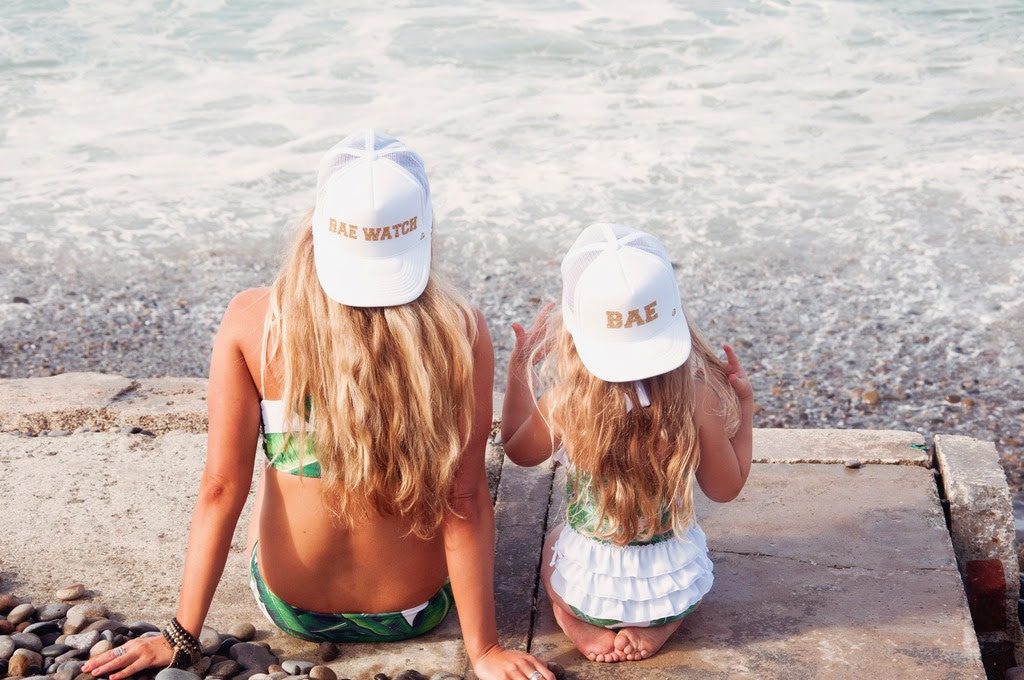 Take your spring fashion to the next level with Mother Trucker! As seen in Life & Style Magazine and US Weekly, Mother Trucker is a California-based trucker hat company that is dazzling, sexy and full of personality. Founded in the summer of 2015, Mother Trucker co. features specially designed trucker style hats with fun and hip phrases worn by celebs such as Tori Spelling, Candace Cameron Bure, Christina El Moussa and many more! Match with mom in their adorable new “BAE” and “BAE WATCH” hats! 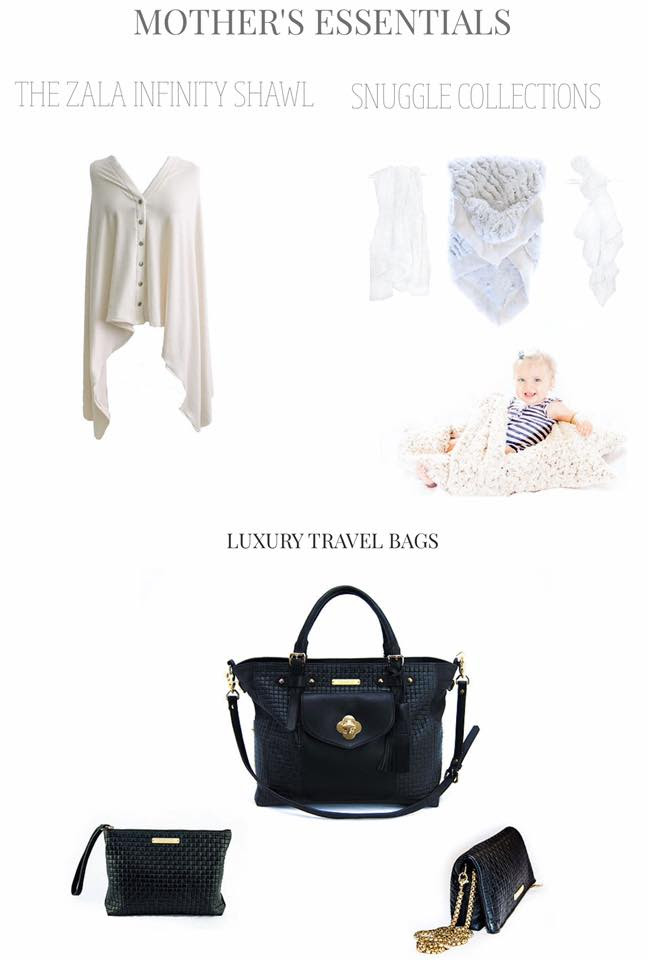 To all the moms out there – treat yourself to something from this chic new line of luxurious yet practical “mommy must-haves:” The hip new line, Baby Zala, is helping moms maintain a sense of style while caring for baby anytime, anywhere. Everything in the Baby Zala line is designed to help moms feel confident and capable when on the go with an infant in tow. Choose from an array of chic, high quality goods, such as these Gorgeous Infiniti shawls, ($69.99), Stylish, multi-functional travel bags, and more! Choose from an array of 100% cotton, high quality luxurious goods for parents and baby. 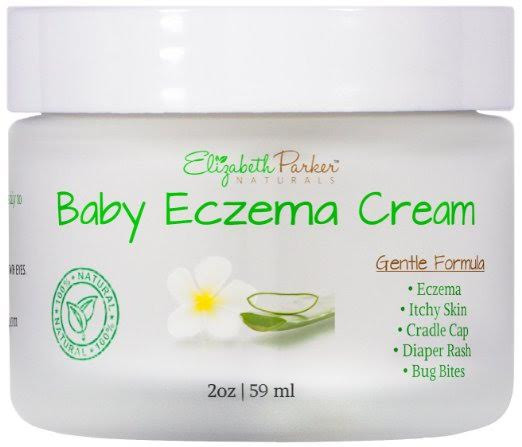 As much as we love spring, the season can come with pesky allergies and similar irritations. Use Elizabeth Parker Naturals to give your child the relief that they desperately need. Their potent formulas can give just that, immediately and long-term, anywhere on the body. All of their products are made using carefully chosen ingredients to ensure safe and effective results! Check out their Baby Eczema Cream today and handle baby’s itching and burning quickly, because when baby feels relief, so does mom.