Google recently announced their update for Gmail that allows you to send money to your contacts on Gmail.

Your friends and family are able to receive or request money right from the email itself—without having to install another payment app. They can even arrange for money they receive to go directly into their bank account. The best part about this, is that it’s completely free for both of you.

While there are various applications that do online transactions already (Venmo, CashApp), Google Wallet allows for no fees in transferring money. And best of all, the receiver doesn’t have to have Google Wallet. They can choose their redemption options through their email app.

This feature is currently available in the U.S. only on Gmail on the web or Android, starting today. Maybe now your friends won’t have an excuse not to pay for last nights bar crawl.

Designer Tadashi Shoji is renowned for his couture runway and red-carpet looks on high-profile figures and celebrities, enters the fragrance arena with Eau de Rose. Shoji started his namesake collection 30 years ago and has since expanded into luxury, lifestyle categories such as ready-to-wear, kids, Bridal, Shape, Intimates, Accessories and now fragrance. 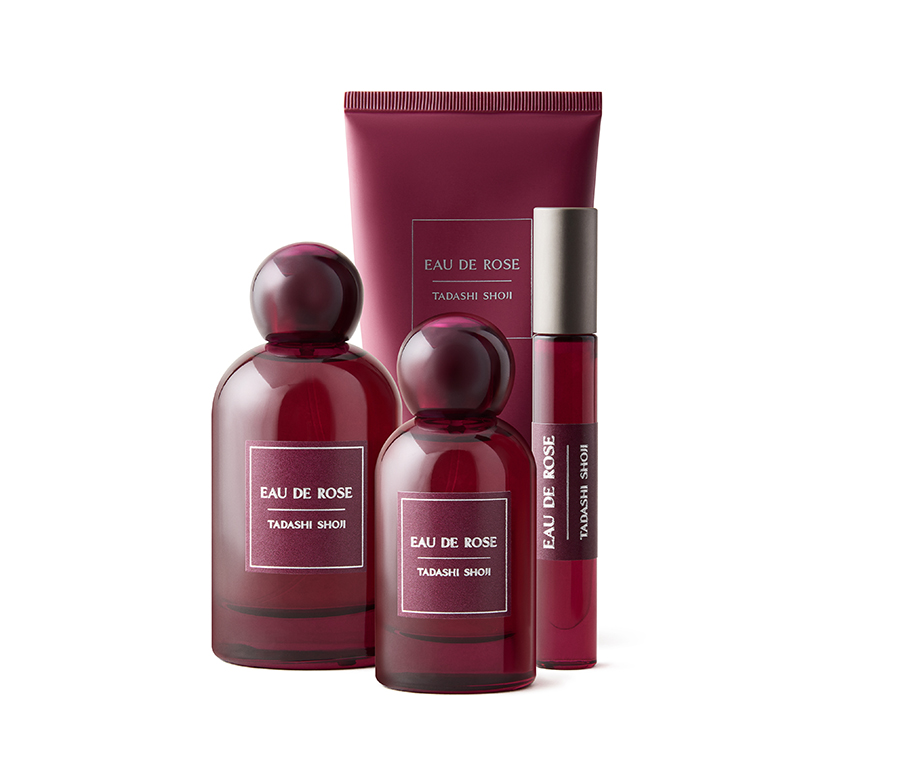 “In the thirty plus years that I have been designing, I’ve learned that all women regardless of shape, size, and culture all want the same thing – to feel beautiful and confident in their own being,” said Shoji.

The gardens in Japan served as the inspiration for his first fragrance and roses are Shoji’s favorite floral. Eau De Rose is feminine, sensual and fearless – inspired by the women he dresses. The dominating note of rose leads the feminine composition while the deeper exotic essence of Oudh Oil creates an amorous finish. Fresh and complex, the surprising combinations are as multifaceted as the Tadashi Shoji woman.

Eau De Rose will bow exclusively at Lord & Taylor and on Macys.com in April 2017.

About Tadashi Shoji
Designer Tadashi Shoji stems from an artistic background and started his collection in 1982 after noticing the few special occasion dress options in the contemporary market. The brand has since thrived and now shows a high-end collection at New York Fashion Week each season. Celebrity fans include: Michelle Obama, Octavia Spencer, Kate Hudson, Ashley Graham among others. With his original designs and innovative collections women regardless of shape or size are inspired to showcase their beauty and walk with confidence.

The exclusive three-piece pin collection for colette features the Boy Meets Girl logo in colette’s signature blue and is retailing at 16 € per pin. The collection of pins that will be available in the U.S. in early April will retail at $15 per pin. 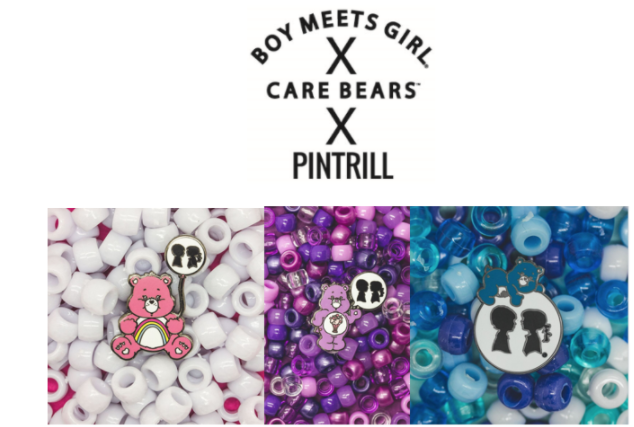 Boy Meets Girl® is an edgy yet wearable, stylish yet casually classic, young contemporary brand. The brand, currently sold at Nordstrom and Colette in Paris, among other boutiques across the world, offers a full range of graphic tops and bottoms, as well as jackets, sweaters, and accessories. Boy Meets Girl® Founder and Creative Director, Stacy Igel, has received several design awards and honors. As one of today’s leading trendsetters, Stacy and the brand have been featured in premier publications including Elle, InStyle, Teen Vogue, WWD, Seventeen, and the New York Times, among others, and has been worn by high-profile fashionistas such as Kendall Jenner, Hailee Steinfeld, and Brittany Snow. Boy Meets Girl® has been celebrated on top-rated television shows and movies such as The Mindy Project and Pitch Perfect 2. Stacy and Boy Meets Girl® are dedicated to giving back to the community through their Boy Meets Girl® University Initiatives and by aligning themselves with causes important to the brand including the Young Survival Coalition and the NSCC’s BullyBust campaign. For more information visit www.boymeetsgirlusa.com.

Founded in the Spring of 2014, PINTRILL is a pin accessory and lifestyle brand based out of Brooklyn, New York. PINTRILL creates pin designs that are inspired by popular culture icons and sayings — anything ranging from emoji designs, popular sayings, fun memes, and more. PINTRILL creates pins through a considered design process, immortalizing pop culture moments with razor-sharp wit. The result: wearable iconography that captures the zeitgeist of our time with a sense of humor and self-awareness. PINTRILL works with a wide range of designers, artists, and brands who share our overarching goal of capturing the language, symbols, and spirit of the current cultural landscape. There’s a pin (at least one) for everyone and there’s never been a better time to wear your emotions, favorite emoji, or pop culture preferences on your sleeve. For more information, visit: www.pintrill.com

First introduced by American Greetings in 1982 through consumer products, greeting cards, and later an animated CGI television show, Care Bears has become one of the world’s most popular and endearing children’s properties. Today, fans of all ages around the world are falling in love with these huggable bears who help kids have fun while sharing and caring, and they enjoy a robust portfolio of thousands of Care Bears licensed products at retailers globally. The Care Bears are no strangers to television screens. They first appeared in their own television specials in 1983 and 1984, and then made the leap to the big screen in 1985-87 with “The Care Bears Movie” trilogy. They also had their own television series from 1985 to 1988, which is currently available to watch on Netflix. The new Netflix Original Series “Care Bears & Cousins”, launched in fall 2015, and continues to delight fans around the world. The brand also has a robust social media following, has more than 80 million views of new and classic videos on YouTube, and has a portfolio of popular apps for mobile devices. Their wholesome messages of caring and sharing resonate with parents who are familiar with the brand and feel comfortable introducing Care Bears to their own children. 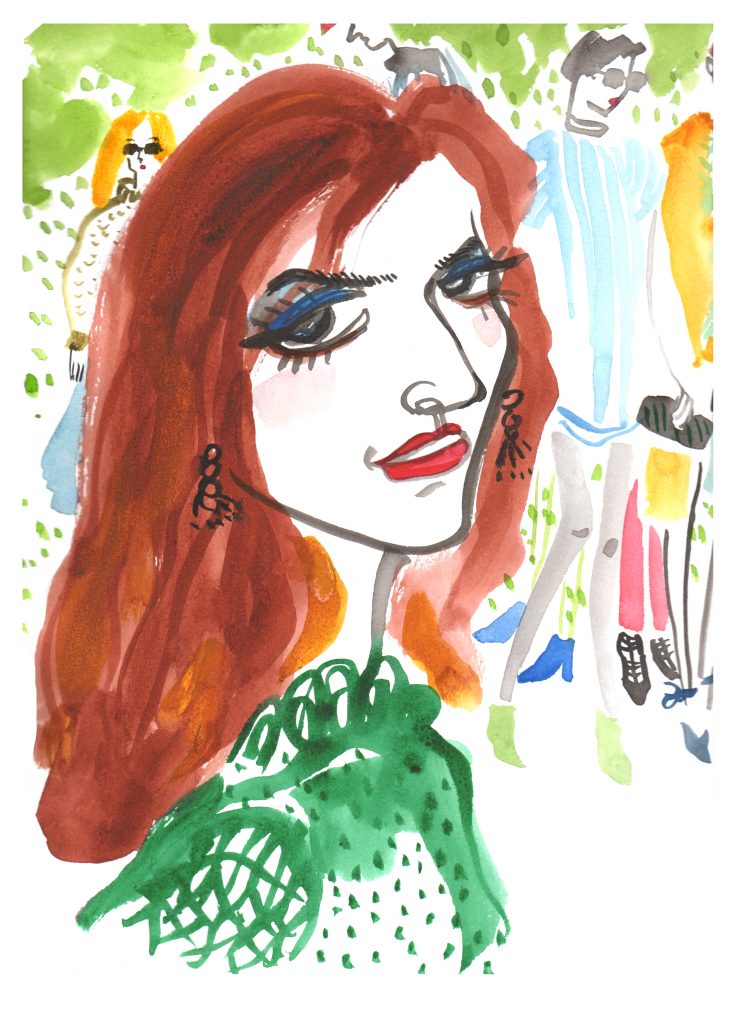 Cushion and comfort dry lips with this rich lip treatment.

Featuring a blend of oils and waxes, it rehabilitates lips’ delicate skin.

Moisturize and soften dry lips and with a flush of color using this velvety soft lip oil.

Take your matte look on the go with this ultra-rich, creamy lip crayon

available in four eye-catching and on-trend shades such as Blush, Rosewood, Currant and Natural. 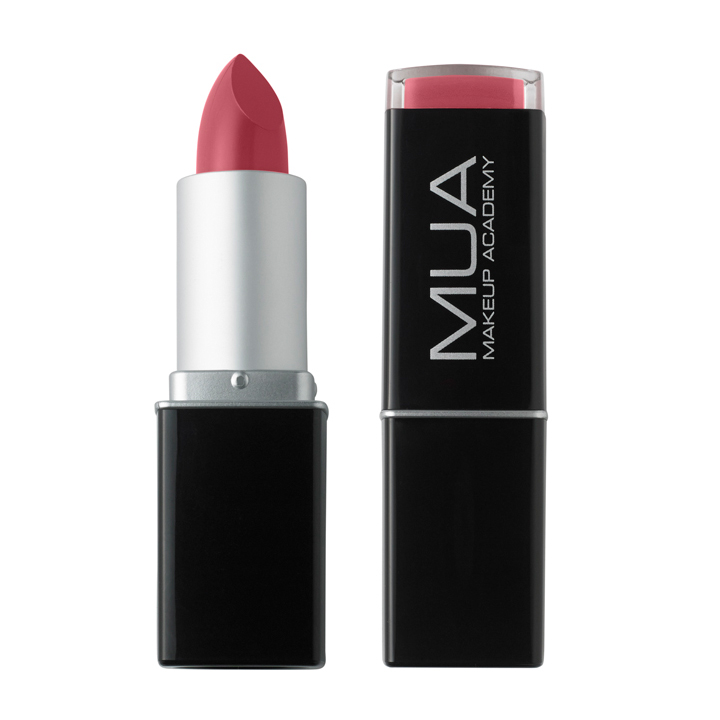 Bold and rich, the Color Intense Lipstick glides on to delivery stay-true color with a full-bodied finish.

This highly-pigmented formulation has a velvet-matte finish with intense coverage and a comfortable finish. Now available in Fig and Rosewood!