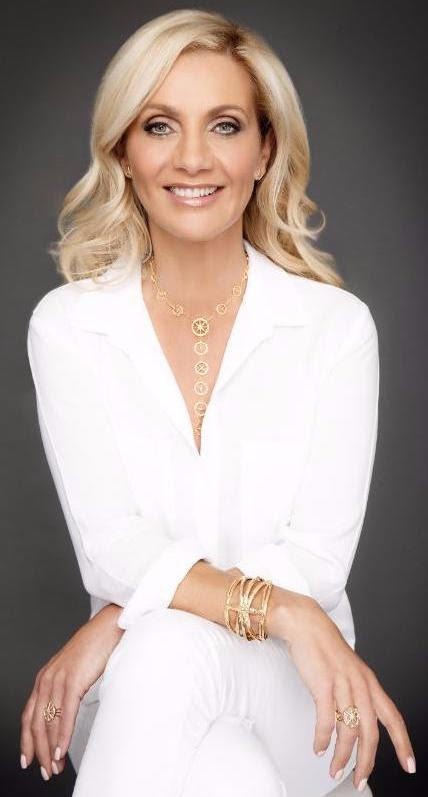 Living life in the fast lane as one of the entertainment industry’s top Automotive Advertising stunt drivers, Doriana Richman has embarked on a new creative journey as a jewelry designer. Stone Symbol Jewelry was inspired by her visit to the excavated city of Ephesus, an ancient Greek city on the coast of Ionia. It was in this ancient city that Doriana came across an ancient secret symbol, which had emerged as a code to those seeking refuge from religious persecution. The symbol, that informed the knowing observer of a safe harbor and the existence of like minded believers, was carved into the walls and walkways of the city’s streets. It is recognized as the first symbol of Christianity, Unity, and a Spiritual Birth of Humanity. After thousands of years of wear, the symbol is still visible to this day. It was this symbol of acceptance and protection that led Doriana to share this message of unity with the world.
Her unique and exquisite designs are now on sale at StoneSymbol.com.
Doriana designs each unique piece of her fine jewelry with a highly-polished, antiqued degradation surrounded by history and intrigue. Stone Symbol’s meaningful gold, rose-gold and sterling silver pieces allow a person’s skin tone to radiate through each piece, reflecting everyone’s personal uniqueness.  Her collection, for both men and women, transcends time. Stone Symbol Jewelry is a piece of history you can wear today. It is simply eternal elegance. 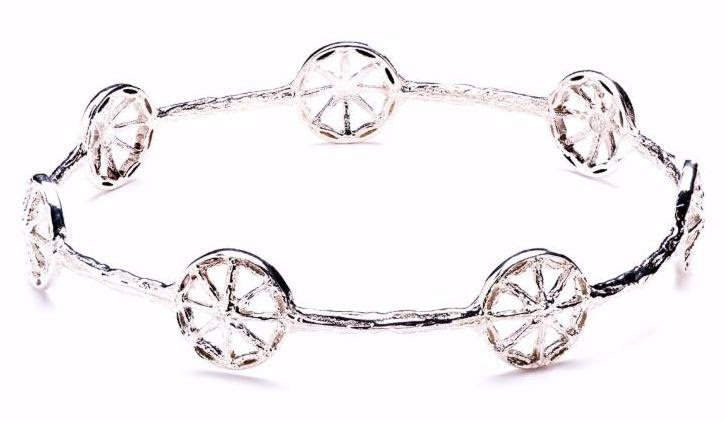 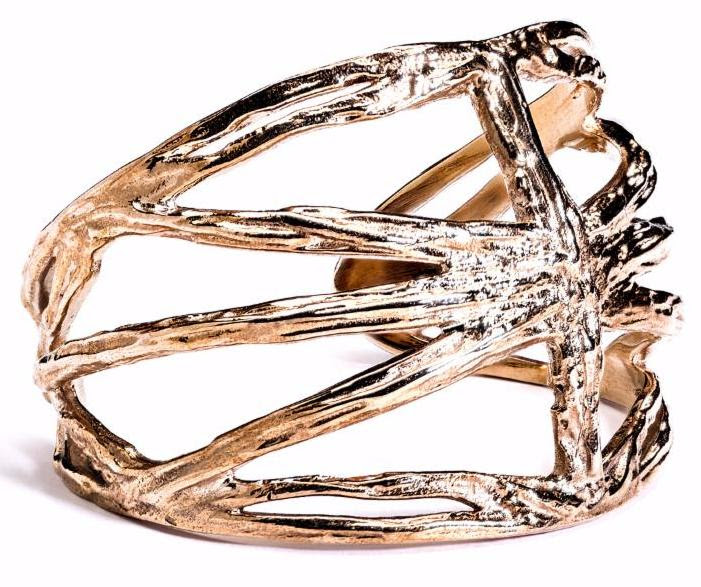 Doriana Richman has done over 250 National spots throughout her 15-year career as a professional stunt driver. She has worked in films, music videos, television and print. A true business woman, Doriana and her husband, Roger Richman, own L.A. Motorsports. Their company has done stunt work for films like Batman v Superman: Dawn of Justice, 007’s Spectre, Mad Max: Fury Road, Furious 7 and many more. Doriana and Roger are proud parents of eighteen-year-old son, Cooper, and fifteen-year-old daughter Paris. Doriana Richman is a woman behind the wheel of her life and career, always navigating with exact precision and control.
0 Comments
0

The show began with fiery red lights saturating the runway as guest awaited with bated breath for the designer’s newest collection. Turkish supermodel and celebrity  Cagla Sikel opened the show, setting the tone for the sexy, chic ensembles that followed.

The collection entitled “Freedom” examined social issues through rich textures and jaw-dropping silhouettes that exuded a sense of the designer’s comfort and celebration of sexual, racial and gender equality.
Stand out women’s pieces in the collection included a slinky, red-carpet worthy, metallic gunmetal sheer evening dress with a harmonious juxtaposition of soft and hard features including leather belted details and a ruffled bodice. Gorgeous slim leg pants with zipper and ruffle accents were paired perfectly with an asymmetric sheer top over a velvety-cropped halter.

Guests were treated to a full men’s collection as well full of harnesses, belted coats and bondage themed garments that were tailored, but maintained an effortless ‘badass’ vibe.

The designer’s ability combine seemingly over-the-top design details into masterful wardrobe pieces was evident in every design. His bold and audacious choices displayed the perfect amount of restraint leading to a catwalk full of edgy, yet perfectly tailored silhouettes.

In a time when human rights and liberties are in jeopardy around the world, Hakan Akkaya used his fashion and art to make a statement that freedom is something that should be a right to all human beings regardless of their religion, race, background or sexual orientation. A male and female model sauntered down the runway in Hakan designed “Burka-esque” pieces that were added to the collection to support this statement of freedom and gender equality. The audience reaction to the show was palpable and after the shows conclusion crowds swarmed the entrance to the runway hoping to get a peek backstage and an up-close-and-personal view of the new “it” designer.

Hakan Akkaya, professional fashion designer for 16 years, left his education in Bilkent University  (Architecture) to study Fashion Design at İstasyon Art Academy. After graduation, he started working as Design Department Manager for leading brands including Boyner Holding, Altınyıldız, Sarar among others within the Turkish textile industry. In 2010,he established his own atelier and firm. In 2012, he had the honor of becomi the first Turkish designer in “Who’s Next Paris” and “Bread & Butter” exhibitions. In addition to having served as a Consultant for the ITHIB (Istanbul Textile and Raw Materials Exporters Association), Akkaya also arranged and presented ITHIB’s 9th, 10th and 11th International Fabric Design Contests.

Penned by Pearce and set in the near future, Hotel Artemis follows a nurse (Foster) who runs an underground hospital for Los Angeles’ most sinister criminals, and finds that one of her patients is actually there to assassinate another.

Director Drew Pearce said: “Mr. Bautista is a force to be reckoned with — a powerful presence who’s equal parts strength and soulfulness. I’m a true fan, and it’s a privilege to have him in the world of Hotel Artemis.”

Dave Bautista will be seen this May in Marvel Studios’ Guardians of the Galaxy Vol. 2, the sequel to 2014’s Guardians of the Galaxy, and most recently starred alongside Brittany Snow in Bushwick, which premiered at Sundance, as well as Spectre starring Daniel Craig and Christoph Waltz.   He can be seen in the upcoming films Blade Runner 2049, opposite Harrison Ford and Ryan Gosling and in Marvel’s Avengers 3.

ABOUT THE INK FACTORY

The Ink Factory is a film, television and digital production company based in London and Los Angeles, founded in 2010 by Stephen Cornwell and his brother Simon. The team believes in reaching a wide audience by telling original and exciting stories, and working with storytellers and filmmakers who inspire, challenge and innovate. One of those collaborators is the author John le Carré, with whom the company has a close relationship. The company is working on a number of film and television adaptations of his work.

The company’s first film, A Most Wanted Man, based on the novel by John le Carré, was released in 2014. Most recently, The Ink Factory producedMessage From The King, an original noir thriller by Stephen Cornwell and Oliver Butcher, which premiered at the 2016 Toronto International Film Festival and Billy Lynn’s Long Halftime Walk, directed by Ang Lee and based on the award-winning novel by Ben Fountain.  The company also produced the Emmy and Golden Globe Award winning drama series “The Night Manager,” based on a le Carré novel of the same name for the BBC and AMC.

The DDA Group for The Ink Factory: TheInkFactory@ddapr.com

One of the largest independent television businesses in the world, Lionsgate’s slate of premium quality series encompasses nearly 90 shows on more than 40 different networks.  These include the ground-breaking Orange is the New Black, the fan favorite Nashville, the syndication success The Wendy Williams Show, the hit drama The Royals, the acclaimed Casual, the breakout success Greenleaf and hit Starz series including Outlander, Black Sails, Survivor’s Remorse and Power, the second highest-rated premium pay television series of 2016.

Lionsgate’s home entertainment business is an industry leader in box office-to-DVD and box office-to-VOD revenue conversion rates.  Lionsgate handles a prestigious and prolific library of more than 16,000 motion picture and television titles that is an important source of recurring revenue and serves as a foundation for the growth of the Company’s core businesses. The Lionsgate, Summit Entertainment and Starz brands are synonymous with original, daring, quality entertainment in markets around the world. www.lionsgate.com