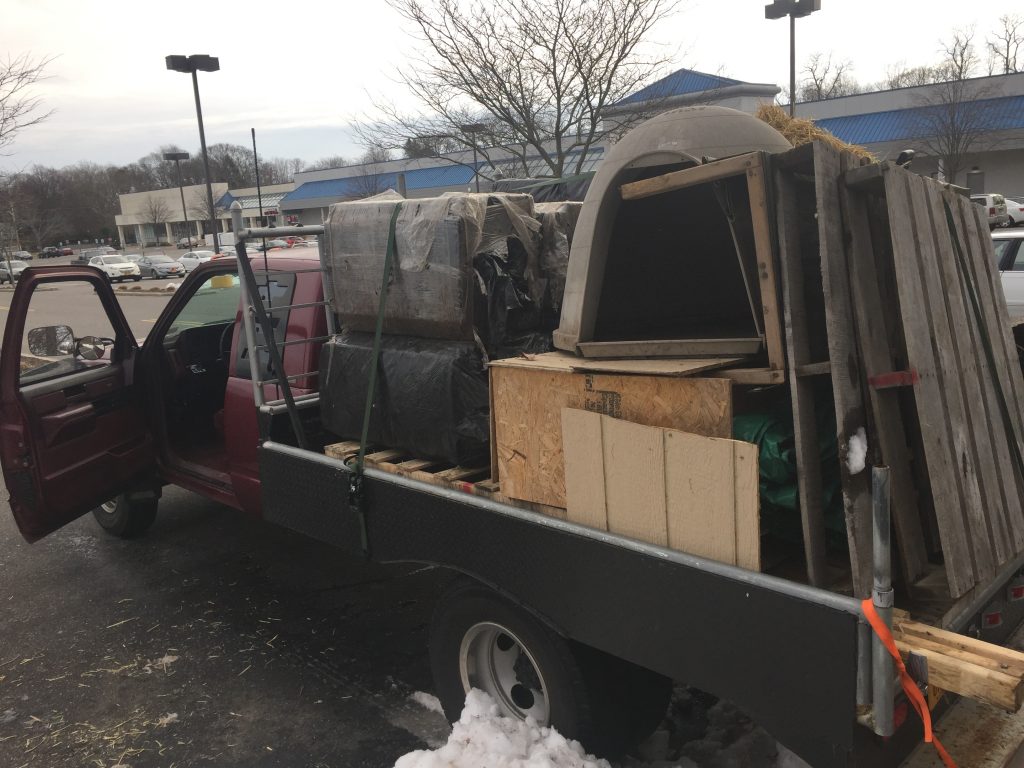 One year ago, a community was rocked by an image of a frozen dog that was posted on social media by an animal control center in New Jersey. The dog had been found frozen to death on a city street, and the picture was posted as a message to others of how dangerous winter temperatures are for pets, and how important it is to take action to help keep them safe throughout the winter. In order to avoid recurring images like the one posted last winter, it’s crucial that people take pet winter safety seriously.

“Every winter there are animals found dead, injured, or ill because they are not being properly taken care of,” stated Robert Misseri, founder and president of Guardians of Rescue, an animal rescue organization. “Our team puts in a great effort to help as many pets as we can, but we don’t do it all on our own. We are urging the communities to get involved in helping to keep the pets in their area safe throughout the winter chill.” 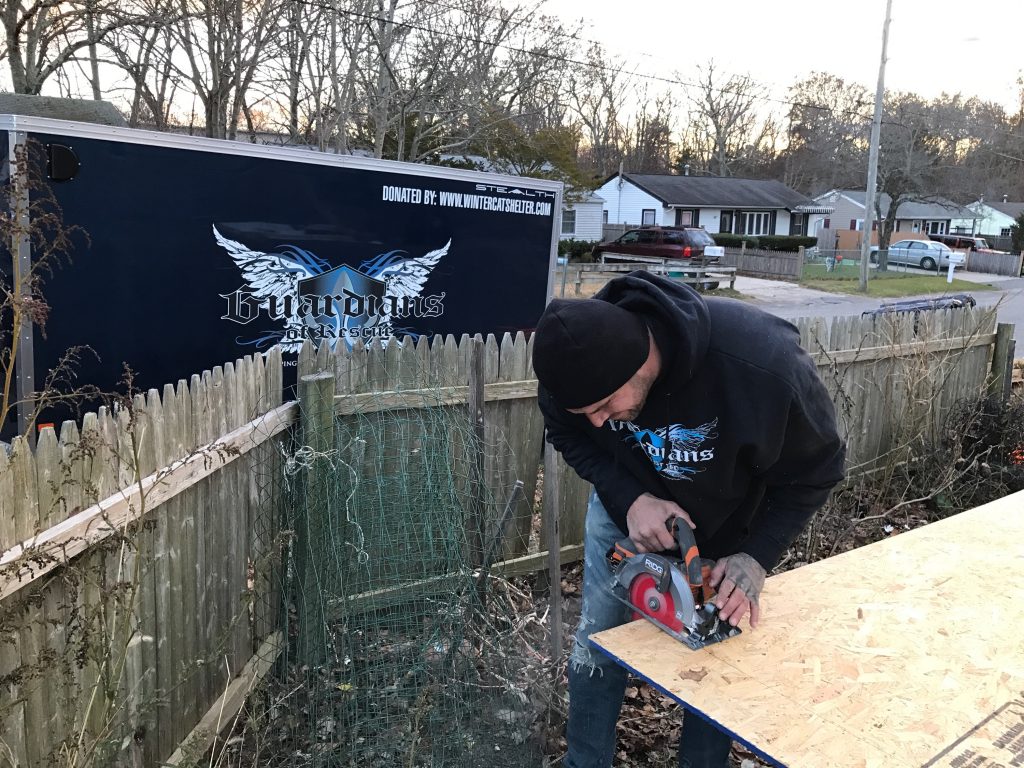 Guardians of Rescue (GOR), which has a new show called “The Guardians” that premiered on January 7, 2017 at 10 p.m. on Animal Planet, has been actively seeking out those dogs in the areas of New York, New Jersey, and Philadelphia that are in need of proper shelter. Their mission is to get dogs from being chained outside to at least having a fenced-in area with a heated dog house, at no charge to the pet’s owner.

GOR goes into some of the most dangerous areas in order to help dogs that have been left outside without proper shelter. They first attempt to get the owner to surrender the pet to the rescue group, so they can find a better home for it, but if they resist, then they do the next best thing by providing it with better onsite living conditions. In addition to helping pets to have access to better shelter, the group has been providing homeless people in New York City with coats, and providing them with dog jackets and blankets for their pets.

“We all feel guilty sleeping in a warm bed at night knowing so many need shelter, but when we know of an animal who is suffering, we get there ASAP,” says Misseri. “We found out a dog was on a chain with a subpar shelter on Christmas Day, so we gave them a heated dog house, and large pen, so we could get him off the chain. We do a lot of work to help the animals, but we can’t do it alone, we need the community to get involved, too.” 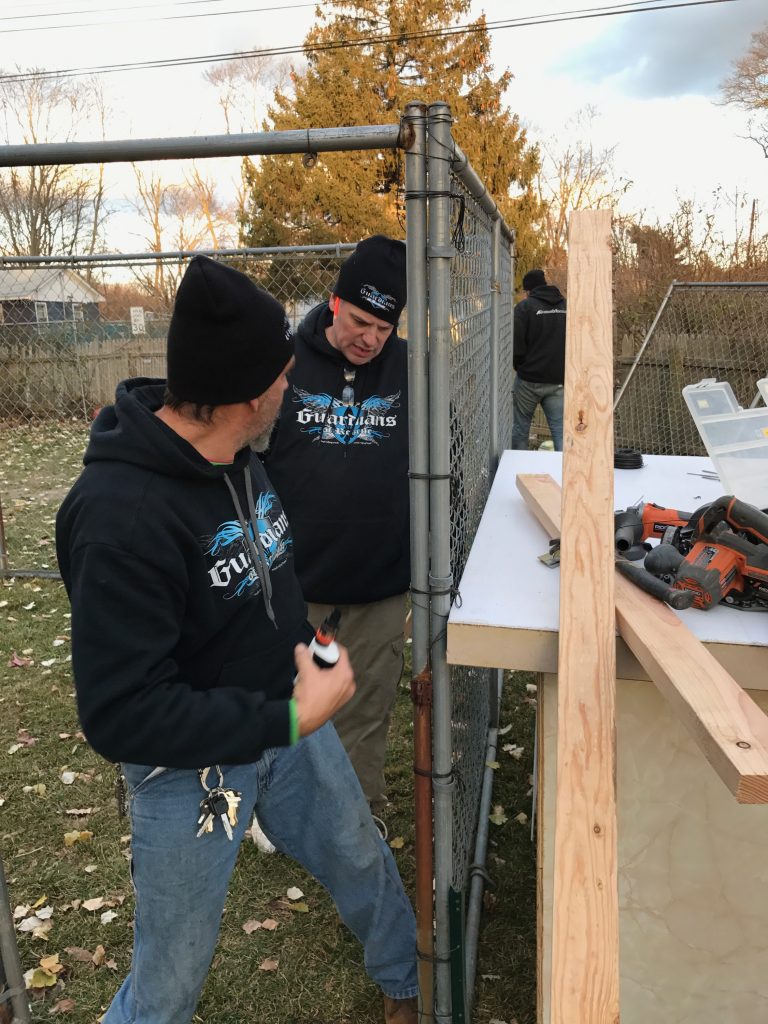 Many people don’t realize the seriousness of pets being left outside during frigid temperatures. Pets left outdoors once it freezes are at risk for frostbite, hypothermia, and even death. Further, according to the American Veterinary Medical Foundation, cold weather can also worsen some medical conditions pets may have, including arthritis. There are numerous things people can do to help protect their pets, and the pets of others in their community throughout the freezing cold winter, including:

“We have seen way too many dogs that live outside with very poor shelter, and they suffer so much,” added Misseri. “We have made it our mission to go out in full force and try to help as many of those dogs that we can. The laws on leaving pets out like that are very weak, so we have to do what we can to help make a difference for the animals.”

The community can assist GOR by watching out for animals in need and contacting the organization when they see those in distress. Guardians of Rescue provides assistance to animals out on the streets, helping to rescue them, provide medical care, food and shelter, and find foster-home placements.. They are also instrumental in helping military personal bring back their pets from the Middle East. To learn more, get involved, or to make a donation to support the Guardians of Rescue, log onto www.guardiansofrescue.org.

About Guardians of Rescue
Based in New York, Guardians of Rescue is an organization whose mission is to protect the well-being of all animals. They provide aid to animals in distress, including facilitating foster programs, rehabilitation, assisting other rescue groups, and providing support to families, both military and not, who need assistance due to economic factors. To learn more about Guardians of Rescue, visit the site at www.guardiansofrescue.org.