New Docu-Series Goes Behind the Scenes of Intense Competition

The series showcases the fast-paced, ultra-competitive, high-energy world of drum corps from behind-the-scenes vantage point of The Blue Devils of Concord, California, and The Cadets of Allentown, Pennsylvania, from spring training through World Championships during the 2016 season.  The show’s cameras captured the joys and challenges of rigorous rehearsal schedules, life on the road, and thrilling performances across the country. Viewers will see the sacrifices and rewards of competing at the highest level of marching music performance.

The show’s Executive Producer Dwayne “The Rock” Johnson said, “”It’s an extremely unique culture with very talented individuals and we’re excited to share the passion and drive behind these kids who are battling it out to win it all.” 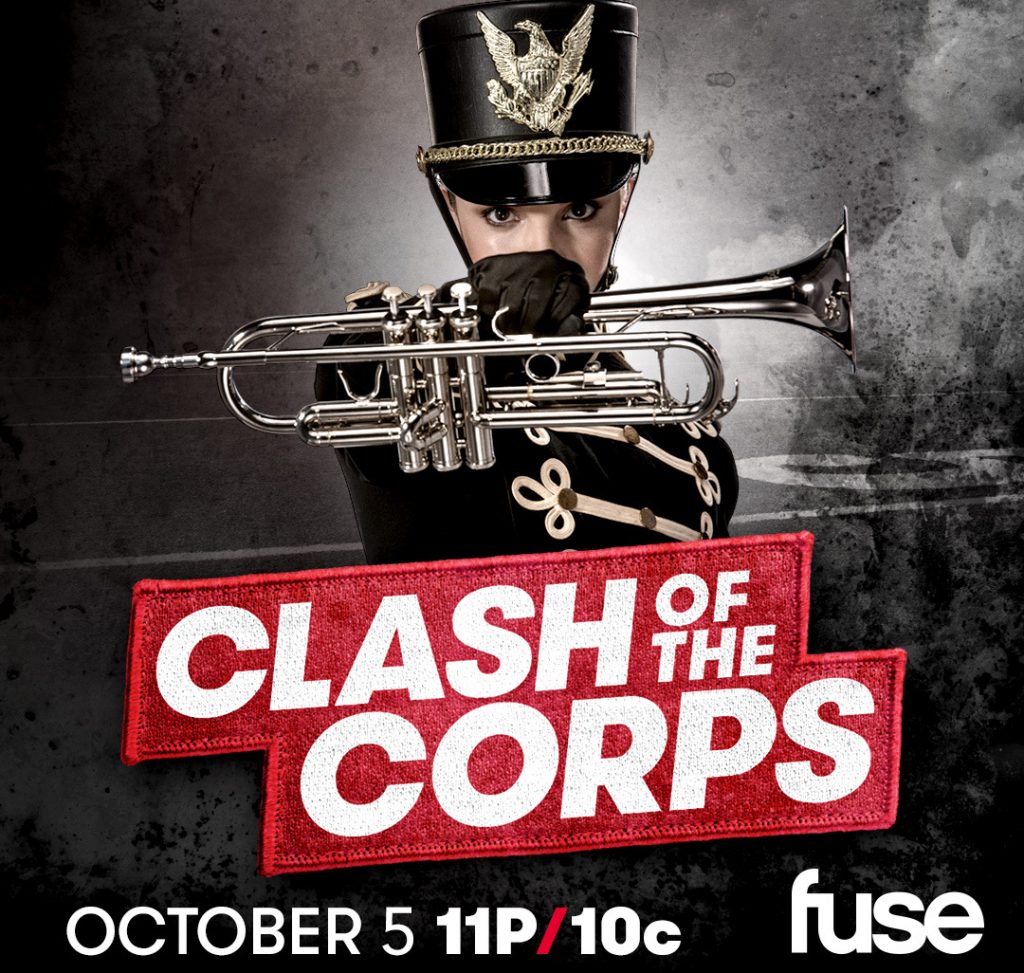 DCI Executive Director Dan Acheson added, “Drum Corps International eagerly awaits this new series that documents the determination and commitment of the young men and women who compete in these elite corps.  It is a tremendous opportunity for viewers get a glimpse of what goes on behind the scenes to create the incredible performances seen from the stands throughout our competition season.”

Adding even more excitement to the series premiere, Johnson will host the exclusive Clash of the Corps series premiere episode on Tuesday, October 4 at 10:00 p.m. ET/7:00 p.m. PT on his official Facebook page, www.facebook.com/DwayneJohnson, as part of a Facebook Live viewing event for his more than 56 million fans.

Johnson said, “This Tuesday, I’m marchin’ in with a new look.  I’ll have the first episode of Clash of the Corps streaming live on my Facebook page before it hits Fuse on Wednesday.  Players ain’t the only ones who leave it all out on the field!”

Drum Corps International is the world leader in producing and sanctioning competitive events for the world’s most elite and exclusive touring marching music ensembles for student musicians and performers. For additional organization and program information, visitwww.dci.org.

Give It to Me Straight!