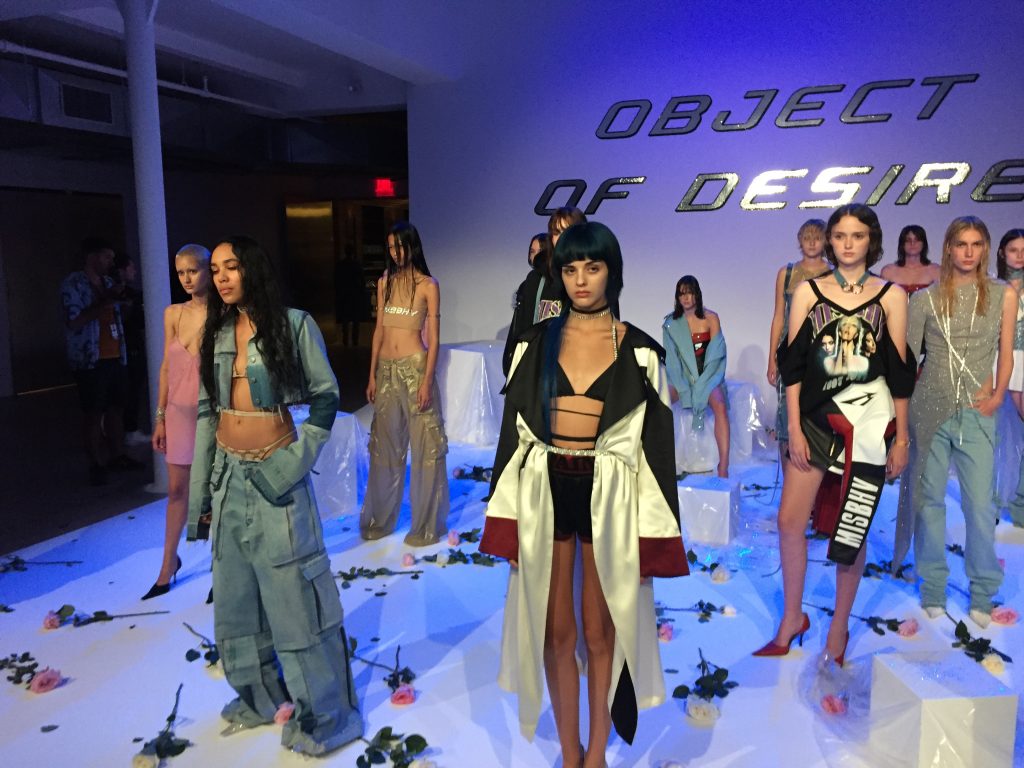 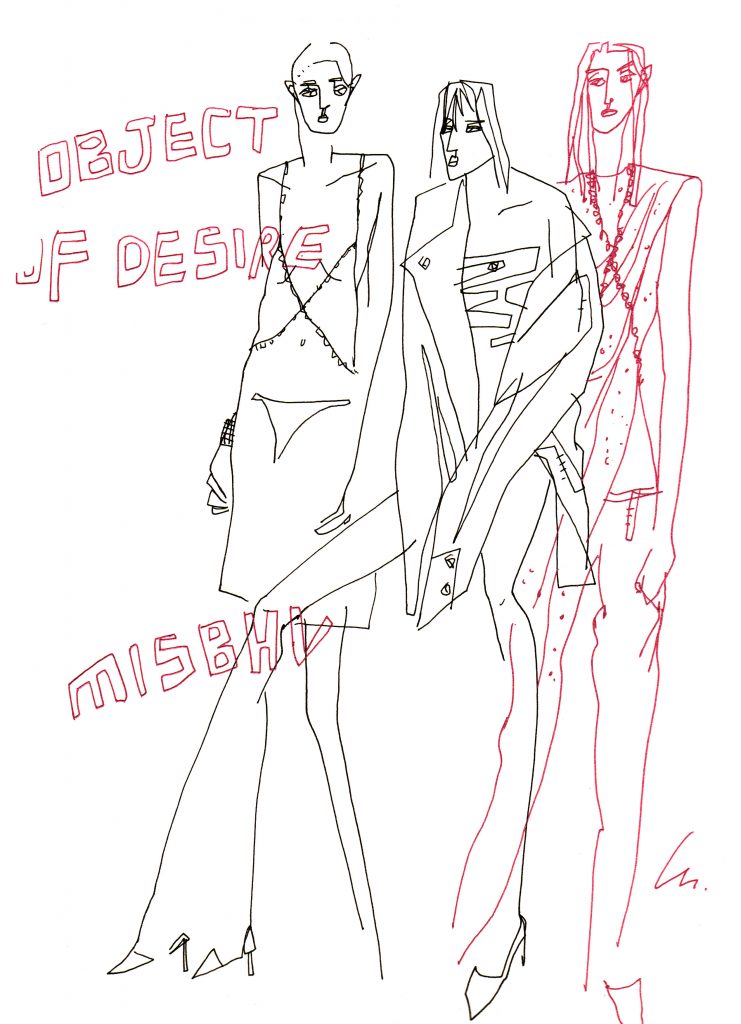 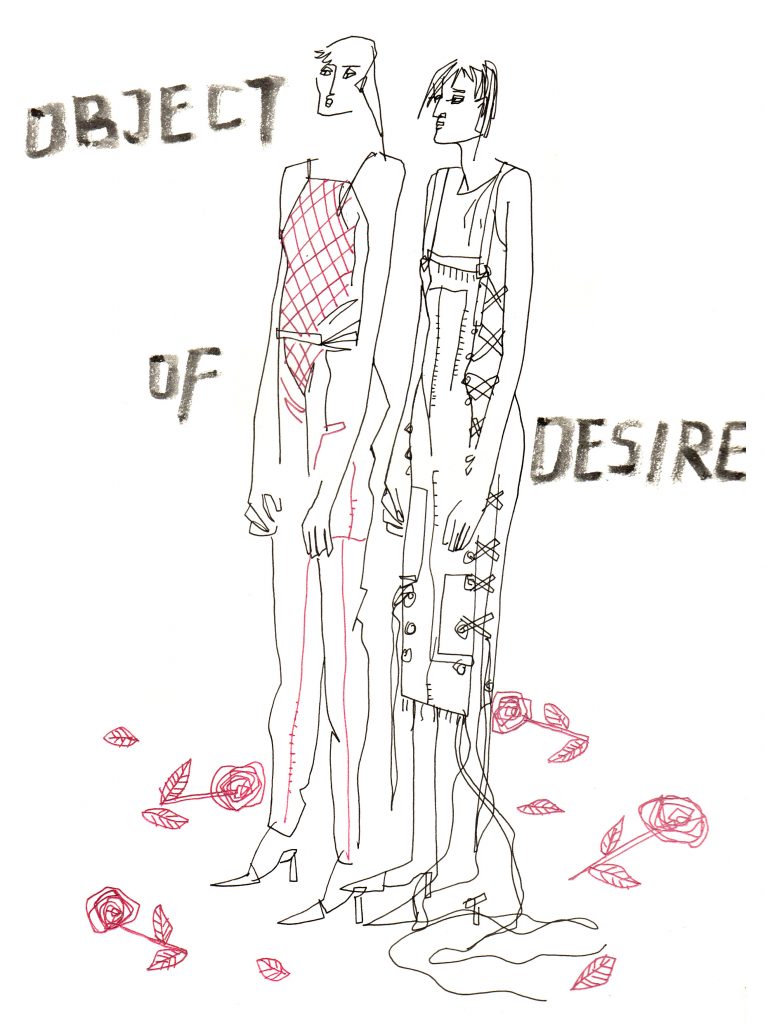 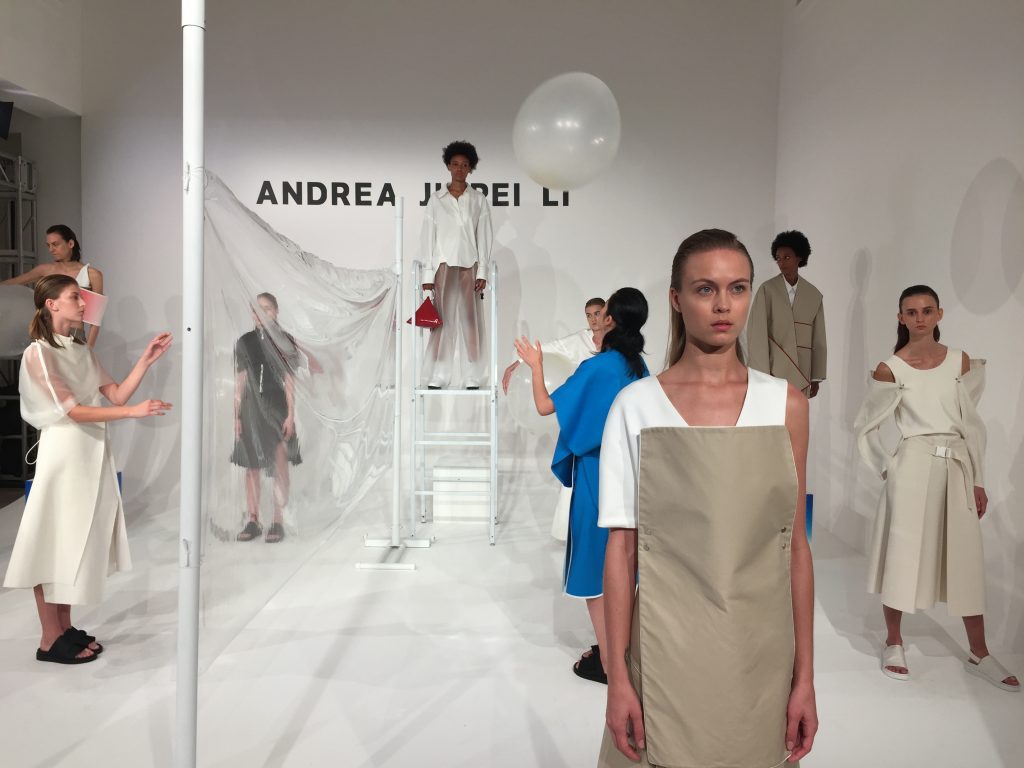 MAISON the FAUX. It is like, don’t tell me about the life because people feel they don’t care. 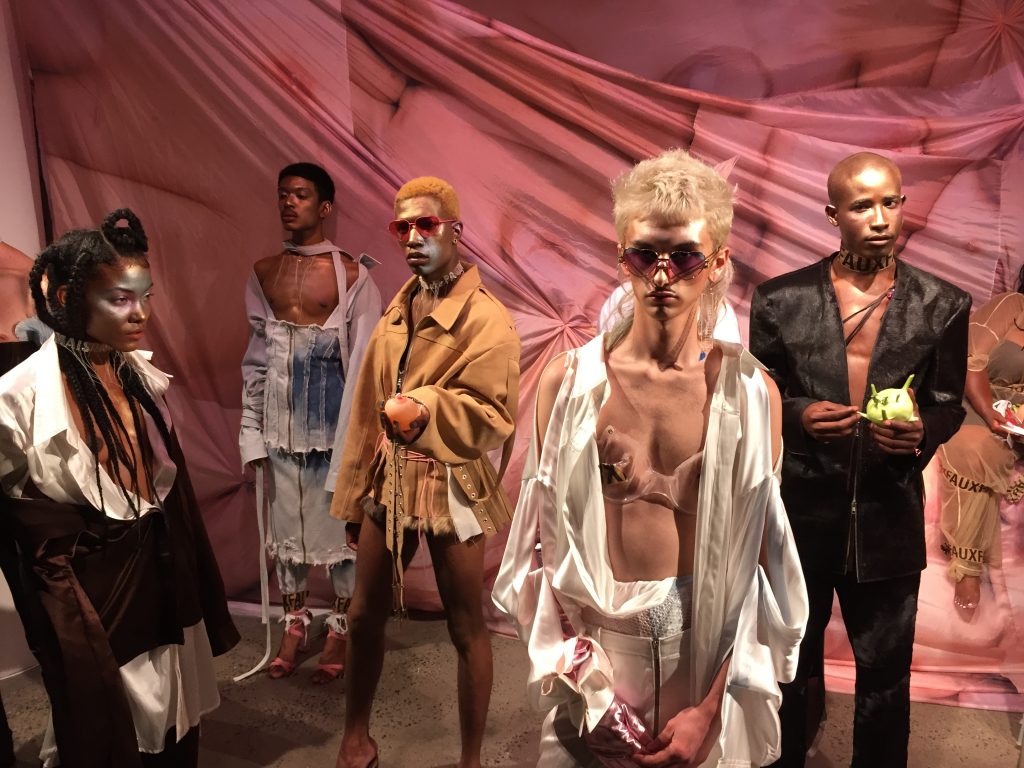 LULU’s live sketches at the show, they totally admit they are mean. (See their faces, I love that!) 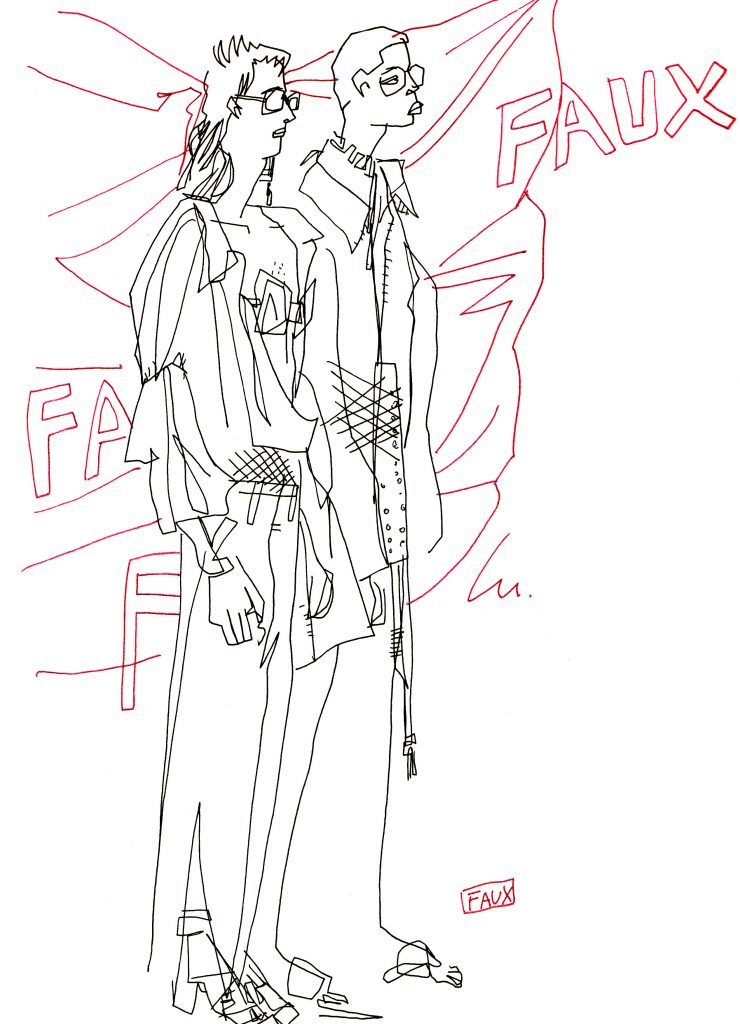 In the New York City Area? Be sure to stop by Sephora today to check out It Cosmetics Latest Skin Care collection. I am already obsessed!

Be among the first to welcome IT Cosmetics to Sephora with a one-on-one session with a brand artist, and enjoy bites, bubbles, prizes, and more.

makeup products, especially in the new, Sephora-exclusive Your Bye Bye line.
Once the fun is done, bring the celebration home with deluxe samples.*

Presented by CreakyJoints®, the worldwide online patient community for people with all forms of arthritis, the new collection, “Creaky and Tipsy” is directly influenced by the designer’s personal experience with the disease. The new collection featured looks highlighting key arthritic focal points on the body while staying true to the Tumbler and Tipsy brand with bold colors, funky embellishments, and playful designs. 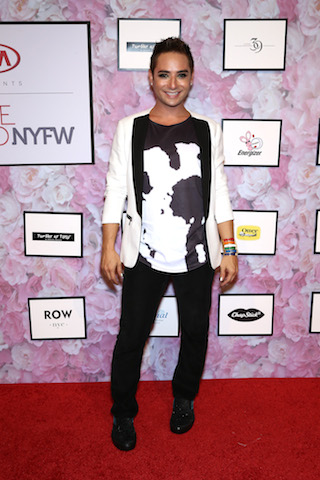 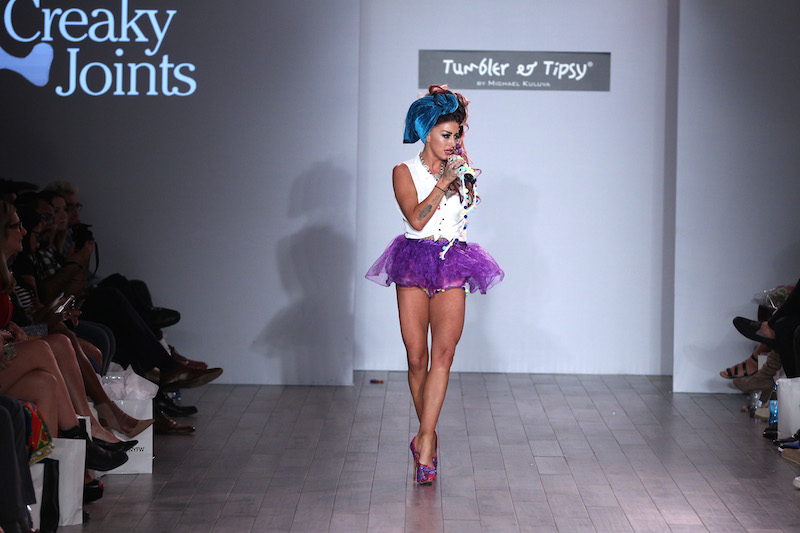 The packed show opened up with a special performance by English singer/songwriter Neon Hitchwho performed a medley of her hit songs “Fried Chicken @ Night” ( a song off the new album “Anarchy”), “Ass Back Home”, “Devil” and “F U Betta.”

After the lights went down, the first model to hit the runway to the audience’s delight was Real Housewives of New Jersey star Teresa Giudice’s 10-year-old daughter and star in her own right, Milania Giudice. Additional runway models included Olympic Gold Medalist Dalilah Muhammad, Olympic Silver Medalist Nia Ali, and Asaf Green from “So You Think You Can Dance” who danced and backflipped down the runway. Closing out the show was celebrity reality star and model Somaya Reece and cast member of E!’s new reality series Famously Single. 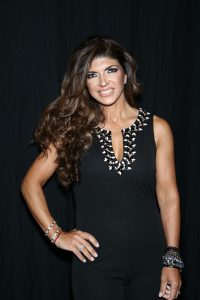 Says designer Michael Kuluva of the “Creaky and Tipsy” collection “For our new Spring/Summer 2017 Tumbler and Tipsy collection, I wanted to partner with an organization that was close to myself and my family’s heart. Since becoming a part of the CreakyJoints family, I have been inspired to learn more about my RA and continue to lead an active and productive life despite the diagnosis. To highlight and celebrate this, we partnered with CreakyJoints for New York Fashion Week. As someone who has been diagnosed with Rheumatoid Arthritis (RA), I wanted this collection to highlight my own personal experience, while also bringing awareness to such a debilitating disease and the goal of living successfully, despite it.”

About Tumbler and Tipsy

Anchored by the creative mind and brilliant talents of professional figure skater turned fashion designer, Michael Kuluva, Tumbler and Tipsy is not only reworking, redefining and revamping the world of fashion but is taking it over with his sexy yet stylish brand. Tumbler and Tipsy is produced in Los Angeles, CA with colorful collections that are distinctive but never repetitive, chic and classy while being comfortable and versatile. Tumbler and Tipsy is not just a line of clothing, it’s a collection of art, it’s an embodiment of chic fashion in the modern world, and it’s a representation of a lifestyle: fun, bold, luxurious and daring. http://www.tumblerandtipsy.com

CreakyJoints®, now in its 17th year, has evolved into the go-to source for more than 100,000 arthritis patients and their families worldwide who are seeking education, support, advocacy and patient-centered research. Co-founded in 1999 by arthritis patient Seth Ginsberg and social entrepreneur Louis Tharp, CreakyJoints is part of the Global Healthy Living Foundation, whose mission is to improve the quality of life for people with chronic illness. For more information and to become a member (for free), visit http://www.CreakyJoints.org.