Today See Your City campaign was launched, a program designed to motivate New Yorkers and visitors to get the most out of being in NYC and to share their experiences. 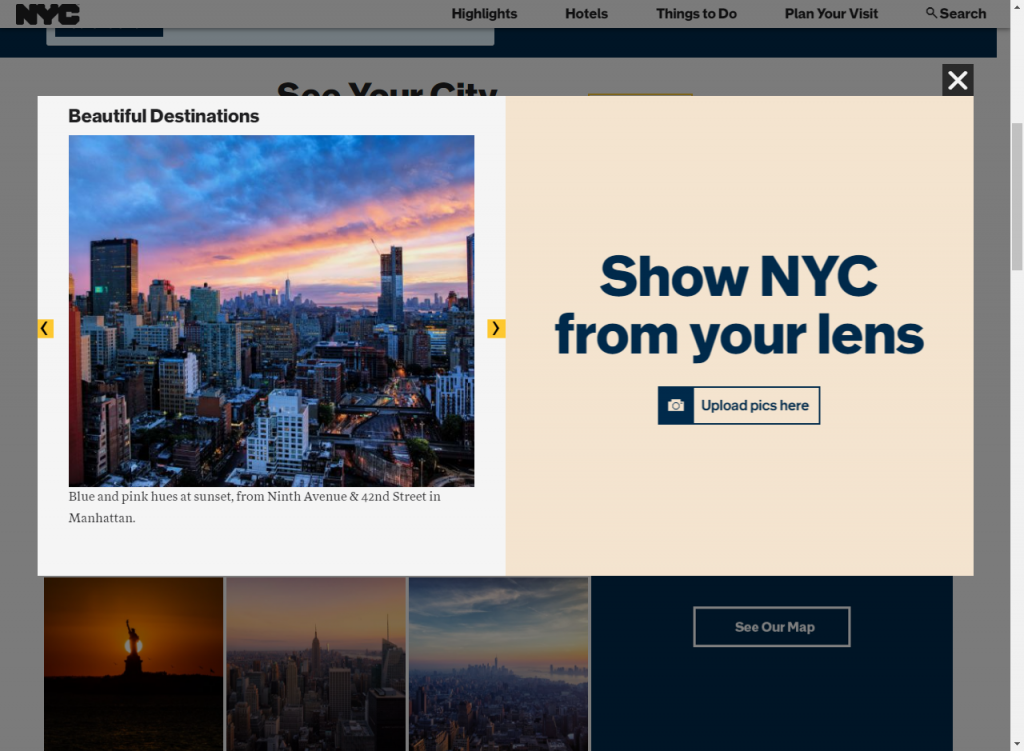 As part of See Your City, they’re partnering with @BeautifulDestinations to drive awareness and encourage New Yorkers and visitors post content on Instagram using #SeeYourCity. Included is a snapshot of the website showcasing the partnership. 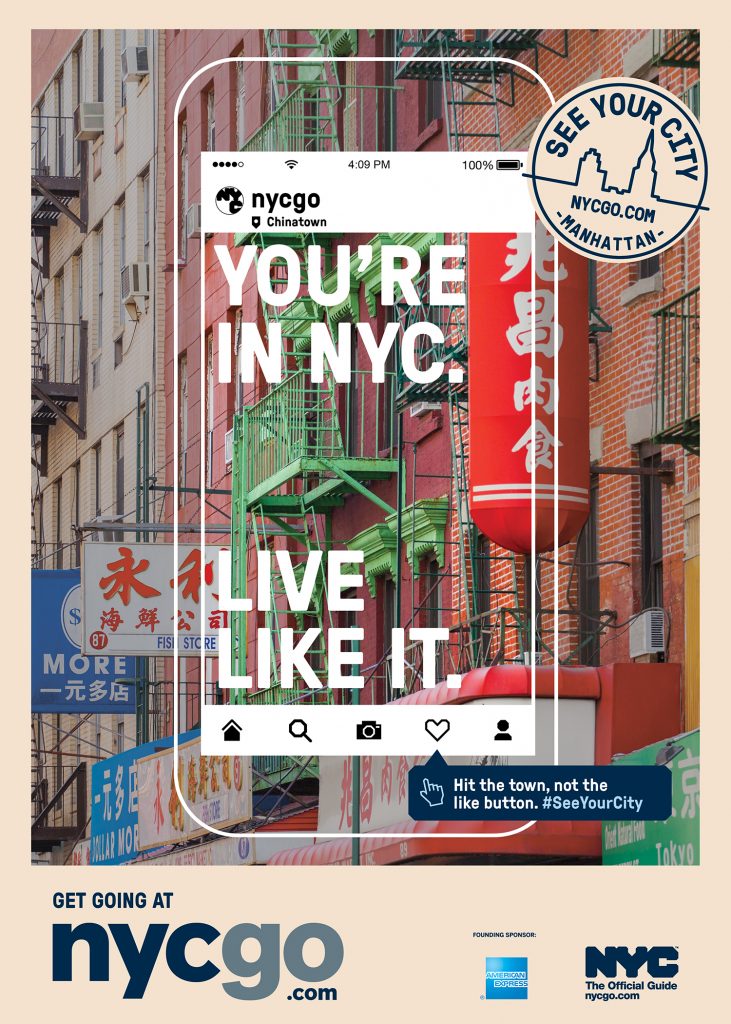 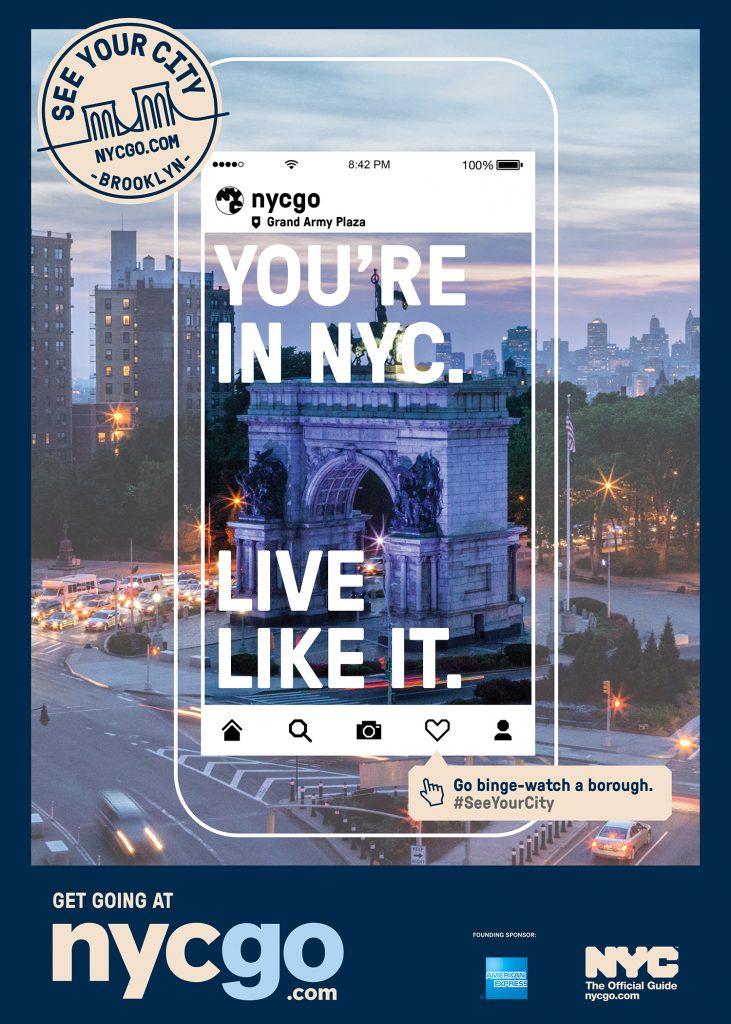 NYC & Company, New York City’s official destination marketing organization, encourages visitors and New Yorkers to venture throughout the Bronx, Brooklyn, Manhattan, Queens and Staten Island as part of the relaunched See Your City campaign. Now in its fourth iteration, See Your City originally targeted New Yorkers and has recently expanded to also entice domestic and international visitors to experience NYC like a local. New this year, the campaign highlights an inside look at what to do in New York City through user-generated, visual content on nycgo.com/seeyourcity.

“New York City never runs out of new places to explore and is one of the most visually dynamic and iconic destinations, so we are motivating New Yorkers and visitors to get the most out of being in NYC and to share their experiences,” said Fred Dixon, president and CEO of NYC & Company. “Through the program’s evolution, we’re making it easier for locals to go beyond their block and for visitors to live like a local so everyone can experience the greatest city in the world.”

To encourage participation on social media, a new See Your City partner, Beautiful Destinations, is sharing New York City moments on Instagram in a way never seen before in their home city. Through preprogram efforts, See Your City has already received more than 4 million impressions from a live, engaged audience on Beautiful Destinations’ Instagram and Snapchat channels.

To further promote #SeeYourCity, social media ambassadors—ranging from cultural institutions to local neighborhood influencers to NYC Instagrammers and more—will promote the program by sharing images on Instagram with the official hashtag #SeeYourCity. Additionally, NYC & Company invites everyone to share their must-see pictures throughout New York City’s five boroughs on social media with the campaign hashtag #SeeYourCity. New for this phase, content tagged with #SeeYourCity on Instagram will be featured as travel inspiration on nycgo.com/seeyourcity and the new LinkNYC network.

“When travelers picture New York City, they immediately gravitate toward the endless iconic shots portraying famous landmarks around the boroughs,” said Jeremy Jauncey, Founder and CEO of Beautiful Destinations. “Since moving here last year, my brother has introduced me to a number of spots around the city that offer unique vantage points of popular neighborhoods and attractions. This campaign showcases our home through a different lens while still sharing the magic and beauty of the City with visual storytelling,” he added. “I couldn’t be more excited about Beautiful Destinations partnering with NYC & Company and hope we can share many more pictures of New York in the months to come.”

“What I love about New York City is that every day there is something new and exciting to see or experience. It’s a photographer’s dream where the creative possibilities are endless,” said Tom Jauncey, Head of Brand Partnerships at Beautiful Destinations. “The #SeeYourCity campaign is a diverse combination of iconic moments and local, human experiences that really define what the City has to offer. Having lived in New York for seven years, it’s an honor to represent and portray this truly ‘Beautiful Destination’.”

The See Your City campaign will be promoted through digital media in addition to bus shelters and street pole banners across the five boroughs; vibrant New York City content seeded through social platforms and highlighted on NYC & Company’s Facebook (facebook.com/nycgo), Instagram (instagram.com/nycgo and instagram.com/nycgo_press) and Twitter (twitter.com/nycgo and twitter.com/nycgo_press) accounts; and through American Express digital channels. 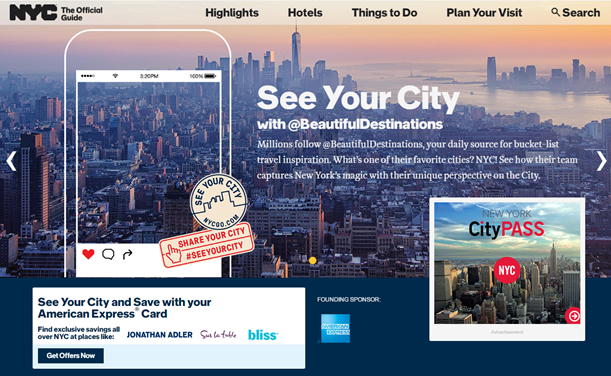 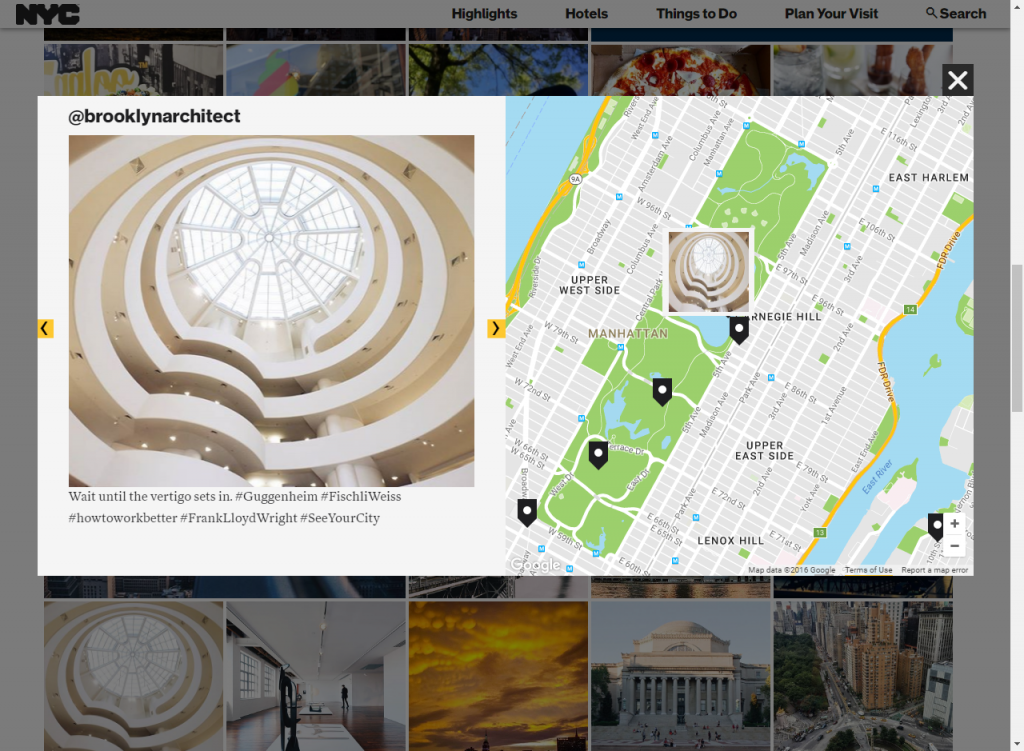 The first (October 2014) and second (May 2015) phases of the campaign highlighted neighborhoods throughout the five boroughs and the third phase, See Your City: Eats Edition (October 2015), showcased NYC’s diverse dining scene as a way to explore the five boroughs. See Your City is produced by NYC & Company in partnership with American Express and Beautiful Destinations.

About NYC & Company:
NYC & Company is the official destination marketing organization for the City of New York, dedicated to maximizing travel and tourism opportunities throughout the five boroughs, building economic prosperity and spreading the positive image of New York City worldwide. For more information, visit nycgo.com.

Beautiful Destinations is the award winning creative agency behind the largest travel and lifestyle community on Instagram, Facebook and Snapchat. The agency creates “social first” content for some of the world’s best brands, governments and NGOs, helping them generate a return on social media through predictive visual analytics and storytelling. With more than 12 million followers in 180 countries, Beautiful Destinations has become the source of daily inspiration for millions of people. The company’s mission is to celebrate the beauty of the world and tell the story of its amazing people, places and experiences.

in “Las Vegas, My dog Cami, My Dog Jacob”