In a candid, emotional and wide-ranging interview, two-time Super Bowl winner Ray Lewis, who is arguably one of the greatest defenders of all time, talks about his impoverished beginnings (he was born when his mom was 15 years old and didn’t really know his father until age 33), his record-setting Baltimore Ravens football career, his arrest and subsequent acquittal for double murder, his commitment to improving race relations, police brutality in America and much more. Video highlights of the lively, engaging interview are available at video.cigaraficionado.com. 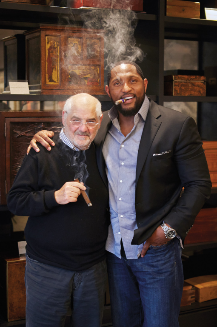 The October cover story hits newsstands Aug. 30. A selection of his conversation—over cigars—is below:

On turning to football, a result of seeing his mother through rough relationships (video of Lewis speaking on this topic: It Wasn’t Football that Drove Me): “Ten years old, I made up my mind: that last altercation … was that. My mom would never be touched again.”

On the high of his life: “The high in my life has always been my mom. To see her endure. When I was 10 years old, I tugged on her dress and I said, ‘One of these days, you’re never going to have to work another day in your life.’ And I meant that. … The happiest moment of my life was when I called my mom and said, ‘I got a college scholarship.’ ” 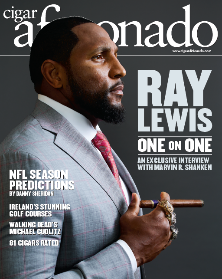 On the NFL’s business model: “The NFL is the only sport that tells you the higher you go, the less we respect you. I beg to differ. I am greater than I will ever be than when I was playing. Why? Because I do it for me.”

On regrets playing an entire career with the Baltimore Ravens: “Not one. I would never put on another jersey. Never.”

On being accused of a double murder (video of Lewis, in his own words: The Night in Atlanta): “Every moment in life is intentional. What I had to go through individually, as a person, not only prepared me for a journey that I couldn’t predict, but it prepared me to go through one of the most controversial seasons in my life.”

Lead Atlanta detective Ken Allen on whether Lewis should have been charged with homicide [in an interview with Cigar Aficionado]: “I don’t think Ray Lewis murdered anybody.”

On being charged with murder despite evidence to the contrary: “Cowards exist at every level. … People don’t understand how cruel the world really is.”

On treatment while in jail: “For like the first seven, eight days I never ate anything outside of orange halves. If you saw the moldy bologna and things that they were trying to … I was not an animal. And I was not going to succumb to that. So every day [my friend] would bring me a bunch of orange halves. He snuck them in for me. … What happened to me, those 15 days, I will live for the rest of my life. And I’m OK with that.”

On forgiving Paul Howard, the DA who tried to destroy his life: “I forgive him. Because my duty as a child of God is to forgive and keep moving. I pray for them. When I saw what was happening and when I saw what happened, I gave up trying to be liked. And with those guys, their names are in my Bibles, that hopefully God blesses them.”

On his commitment to combatting race relations and police brutality in cases like Freddie Gray’s: “I’m on the ground now. I won’t stop. …There’s a war that Jim Brown, Ali, that all those guys passed down to me. Why? Because I think everybody in the streets, everybody knows who I’m for, what I’m for and what I stand for. I hold these conversations at my house to enlighten people on life. Marv [speaking to Shanken], I do more for people in broken neighborhoods than probably anybody you’ll know. And you won’t find one camera.”

On why the government isn’t stepping in: “Because they don’t know what it feels like. They don’t walk the streets. You know what America has told us? Make it out and don’t go back.”

On his pledge to his kids: “I’ll never leave my kids. Ever. Ever. There’s not one dance recital, one football game—that was my commitment to my family.”

Brian Billick, head coach, Baltimore Ravens from 1999–2007, on Lewis: “Ray Lewis is the most dominant defender of his era. Ray was unique in that he had superior athleticism, intelligence and tenacity. But his willingness to learn, even as a perennial All-Pro who really had nothing left to prove, is what set him apart.”

Rex Ryan, head coach, Buffalo Bills, on Lewis: “I would rank Ray Lewis as possibly the best middle linebacker in the history of the NFL—him and Dick Butkus. … When you look at Ray among defensive players of his time, he is right there with Lawrence Taylor, Reggie White, Bruce Smith and Deion Sanders.”

Additional video highlights of the interview are available online at CigarAficionado.com:

Start your day with the cool scent of wild spearmint in Original Penguin’s new Premium Blend, and step into the night with bursts of Sichuan pepper from Perry Ellis Red. Original Penguin Premium Blend also has hints of crisp bergamot and fresh lime peel fused together to create the perfect daytime cologne. Perry Ellis Red will heat up the night with its notes of red leather and cream oak moss. These fragrances have you covered from a sophisticated workday to a sizzling night out! 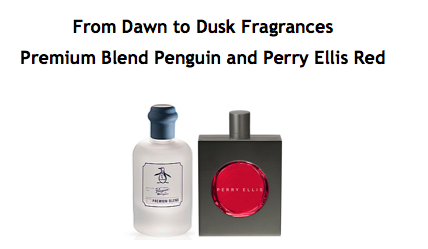 I recently discovered some new online shopping sites with amazing deals and awesome color selections. But when I am shopping, I always go for the grey or black. I really want something lilac, pink, white or even yellow for the upcoming season. Pastels are trendy right now and I want to take part!  I am really clumsy when it comes to eating, drinking sometimes and I always ruin light color clothes the 1st or 2nd time I wear it. So in order to fulfill my fashion fantasy, I had to find something quick, easy and really works. One of the best things to have in your bag at all times is a Dryel Pen.  Dryel is a fraction of the cost of dry cleaners and this handy little pen makes me feel more secure when wearing my cute pastel outfits. 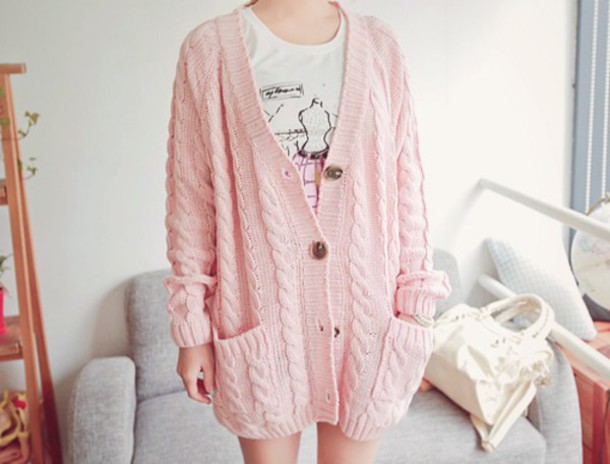 It is safe for use on virtually all fabrics. This includes most fabrics that are normally laundered, most fabrics that are typically dry-cleaned, and also a number of household fabrics, such as curtains, tablecloths, etc.
For fabrics that tend to water spot (silk and rayon), Dryel should be used only after testing in an inconspicuous area. In general, it’s always a good idea to test in an inconspicuous area before use on your fabrics.
Dryel should not be used on leather, velvet, suede, or fur. For knit sweaters with small stains, we recommend using the stain pen without scrubbing, as this may cause some of the threads in the sweater to loosen.
Can Dryel remove stains from food or make-up? How should you treat clothes with stains?
The Dryel Stain Remover pen works well on a variety of common stains such as coffee, tea, and cola. It even removes stains such as lipstick and make-up. For heavy soils, large spills and other difficult stains, professional dry cleaning may be required.

To remove stains:
·        Prep it. Remove excess residue from stain and place napkin behind.
·        Tip: Always check for colorfastness prior to stain removal
Scrub it.
·        While squeezing pen, use scrubber like an eraser to eliminate stain.
·        Tip: After stain removal, blot with napkin to remove excess solution if needed.
To clean lightly soiled clothes:
Steam it.
·        Unfold Dryel cleaning cloth and add to dryer along with 1-4 garments to be cleaned.
·        Tumble dry on medium heat for 15 minutes.
·        For larger loads or extra freshening, use 2 cloths
Wear it
·        Wear immediately or hang up clean and fresh garments promptly to help wrinkles fall out.
Can you use Dryel to remove body odor?
Yes, Dryel is effective at removing a variety of odors, including body odor, smoke, and food odors. For best results, treat perspiration as a stain and use Dryel Stain Remover before the in-dryer cleaning step.
Is Dryel safe for vintage garments?
Yes, Dryel is safe for vintage garments, provided they can withstand tumbling in the dryer.
Will Dryel help to remove wrinkles?
It will, but to help minimize wrinkling:
Does Dryel kill moths or anything else could be in clothes?
No, Dryel will not kill or eliminate moths. It is designed to refresh your clothes, remove stains, and extend the time between professional dry cleanings.
Can you use Dryel on blankets?
Dryel can be used on oversized items, such as blankets, curtains, drapes, as long as they are not too large to tumble freely in the Dryel bag or dryer.
Can it be used or furs  – real or faux?
Dryel should not be used on leather, velvet, suede, or fur.
Is Dryel safe for beaded garments?
Yes, Dryel is safe for use on garments trimmed with beads and sequins
Find out more info on www.dryel.com
0 Comments
0

We moved from NY (Ranked worst 100th!) to Vegas (Ranked 9th best)! Check out this interesting facts about pet ownership below. 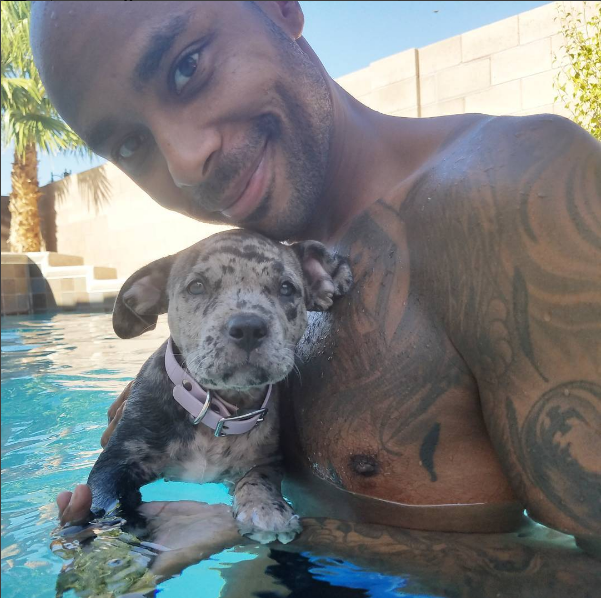 In order to identify the cities where our furry and slimy friends can enjoy the best quality of life without breaking our wallets, WalletHub’s number crunchers compared the creature-friendliness of the 100 largest cities based on 19 key metrics. Our data set ranges from the minimum pet-care provider rate per visit to the number of pet businesses per capita.

For the full report, please visit: