MINDBODY has just launched its new mobile app today! The MINDBODY App, available for free on the App Store, Google Play and Amazon, expands on the company’s previous MINDBODY Connect® app, using location and past activities to help people find, book and pay for personalized wellness experiences – from yoga, Pilates and personal training, to spinning, acupuncture, massage and more – in their community or on the road.

For more information about the new MINDBODY App, visit mindbodyonline.com/get-the-app 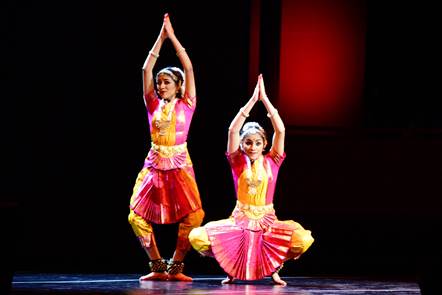 Twin sisters Riya and Sara Kapoor made their Rangapravesh, or onstage debut, on Saturday, December 12, 2015 at Jazz at Lincoln Center’s Frederick P. Rose Hall in a show they called “A Night of Moves.” In the ceremony, the girls performed the traditional Bharatantayam dance form and were accompanied by a Carnatic Orchestra and a New York Jazz Quartet. This performance marked the first time this ancient tradition was done in with this format and choreography. 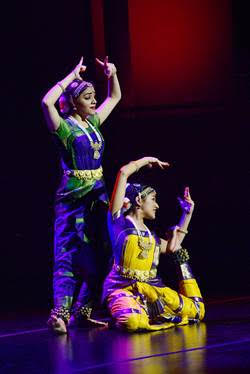 In their Rangapravesh, 15-year-old artists Riya and Sara Kapoor shared with the audience the culmination of over 10 years of intensive dance training and mastery of the Bharatanatyam dance form. According to their Guru Swati Bhise, the 2,000-year-old dance form requires mastery of dance, music, theater, mime, iconography, geometry and mathematics. When combined, the audience was able to experience a beautiful display of a dance and acting performance, while invoking varied emotions over the course of the two-hour, ten part recital. At her students’ request, Swati Bhise melded jazz into the usually classical program, all while staying true to the Carnatic and Bharatanatyam traditions. This was important to Riya and Sara as they wanted to recognize their ancestral heritage and pay homage to their New York identity as both worlds are a reflection of who they are as people and performers. 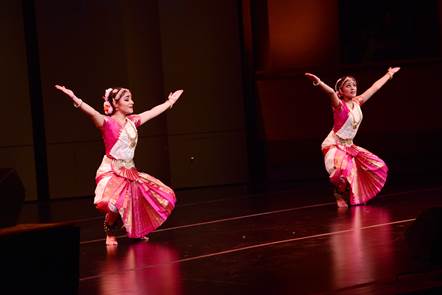 The orchestra created compositions influenced by the work of legendary jazz great George Wein, who attended the performance as a guest of honor, as salute to his countless contributions to music and the performing arts.  The performance was attended by over 1,100 friends and family with notable attendees covering cross-sections of finance, law, technology, civic life and the arts. In addition, Riya and Sara invited students and faculty from several schools throughout Manhattan to view their groundbreaking performance. 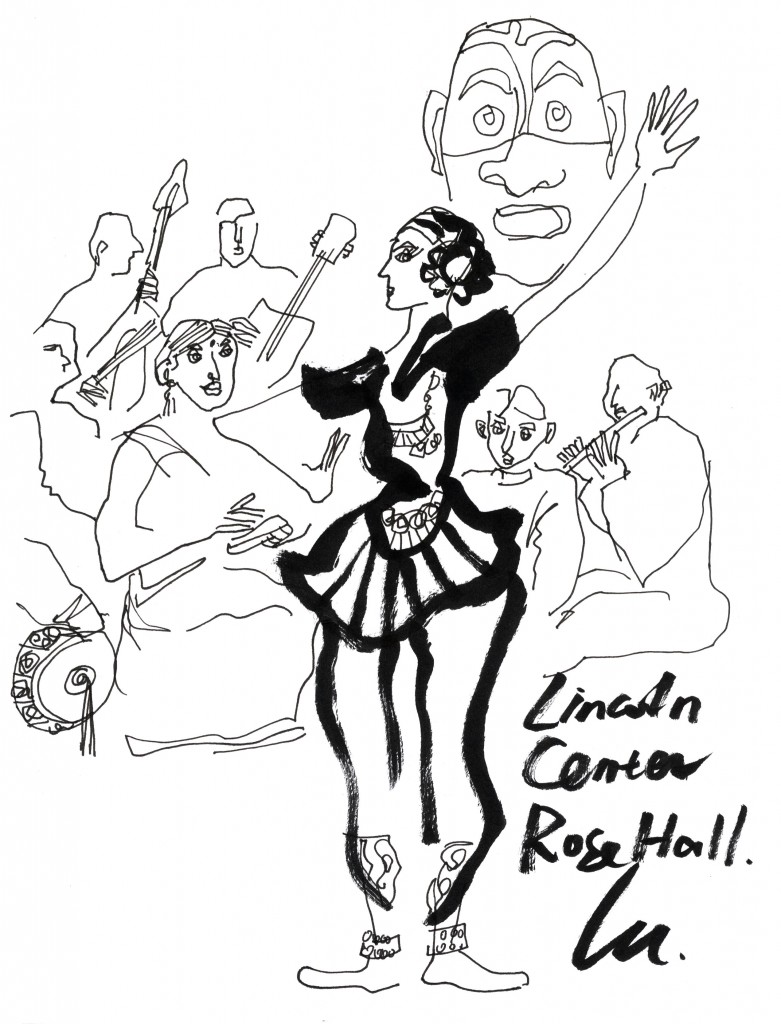 The ceremony, started with an introduction by Emcee Kavi Kapoor, Riya and Sara’s younger brother, who welcomed everyone to the performance and delighted the crowd with his personal anecdotes. Then, the girls took to the stage to receive their blessing from their Guru Bhise and the orchestra before launching into their first number, which seeks blessings from both the stage and the audience. When the music stopped, the girls were greeted to a roar from the crowd—and received their blessing. 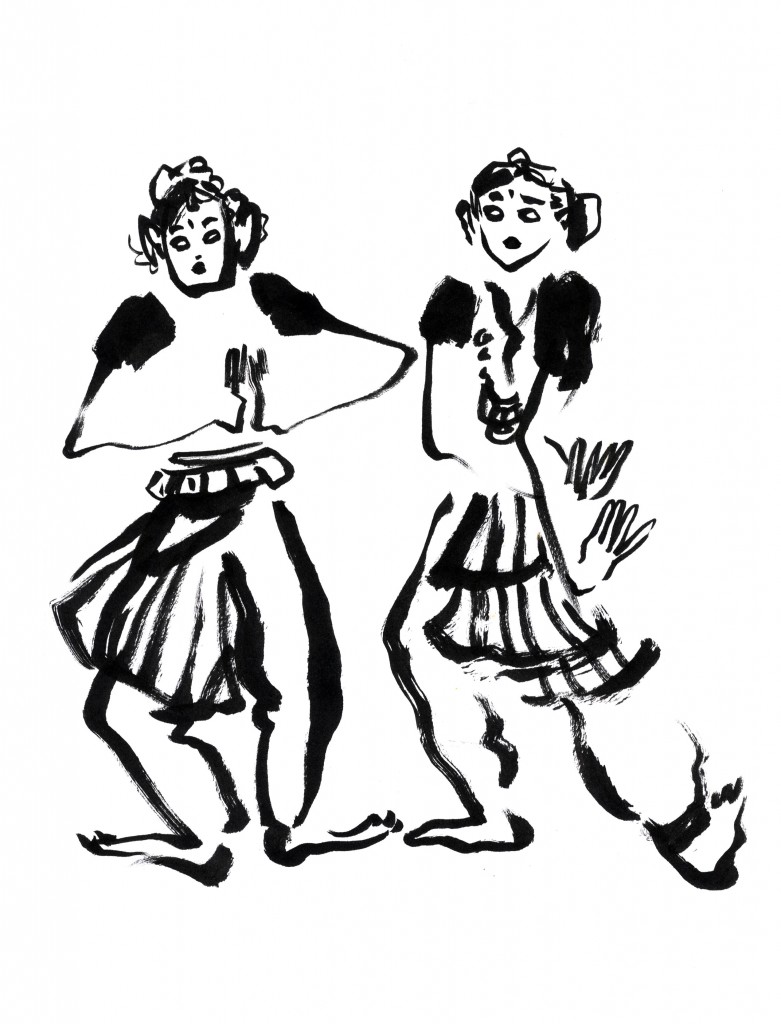 What followed were performances that each showed the characteristics of the Bharatantayam, including its intricate movements with all parts of the body, including calculated foot patterns and facial expressions. Each movement within this dance form is utilized to convey a wide spectrum of emotions, best captured in the Navarasa section of the performance, which marked the mid-way point of the night. For that component, the girls depicted the nine core emotions of Classical Indian Dance – beauty and love (Sringara); valor or heroism (Viram); sorrow (Karunyam); laughter (Hasya); anger (Raudram); surprise (Adbhutam); fear (Bhayānakam); disgust (Bībhatsam) and peace  (Santam) – all of which were conveyed through subtle facial expressions and body contortions. 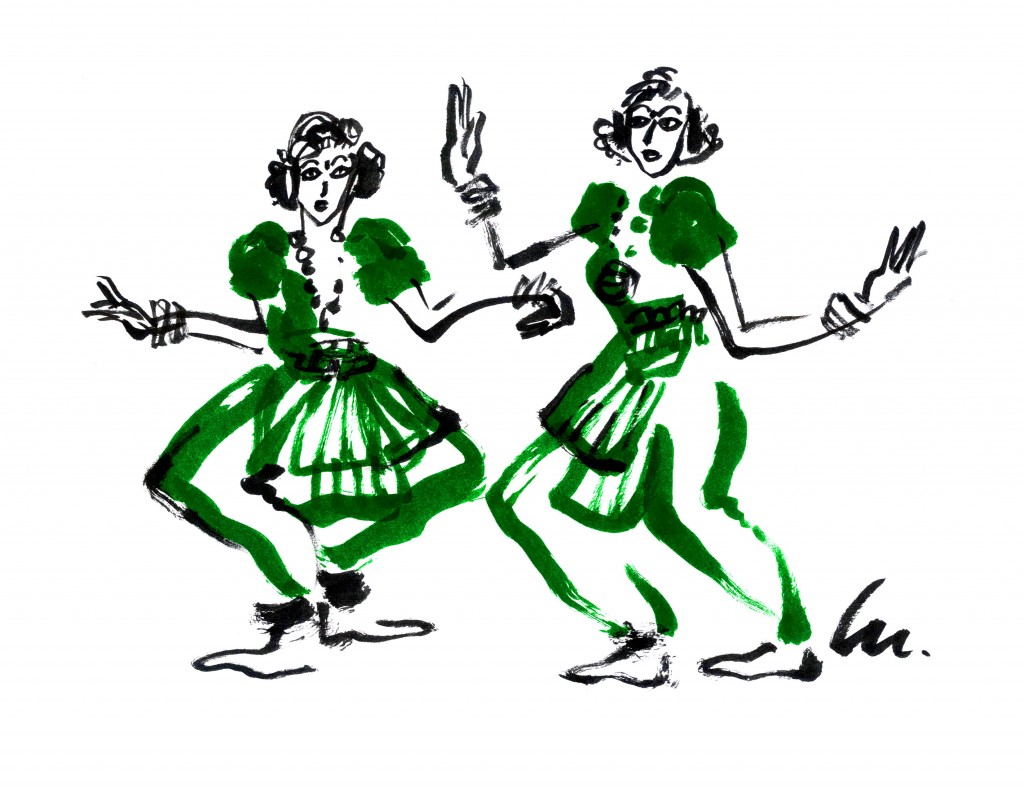 In addition to testing the girls’ ability to act and convey emotion in the Navarasa, their Rangapravesh performance also tested their physical and mental stamina in the Varnam. According to their Guru Bhise, this segment is where both girls are expected to improvise as they execute the mnemonics recited by Bhise and produced by the drummer. The girls used their knowledge of the intricate footwork patterns, movement, music and acting to convey a classical love story of a young girl enchanted, but constantly rebuffed by the Lord Shiva.

Before introducing the final performance, Kavi Kapoor shared his love and admiration for what his sisters had just accomplished and said, “I want you to know one thing right now. No matter where you go in life, I will always be your baby brother. I love you guys.” The girls then took to the stage in the climax of the performance, titled the Tillana, where the piece was built up to a crescendo using both jazz and the Carnatic orchestra as Riya and Sara Kapoor went through a rapid series of leg extensions, pirouettes and leaps bringing the audience to their feet. 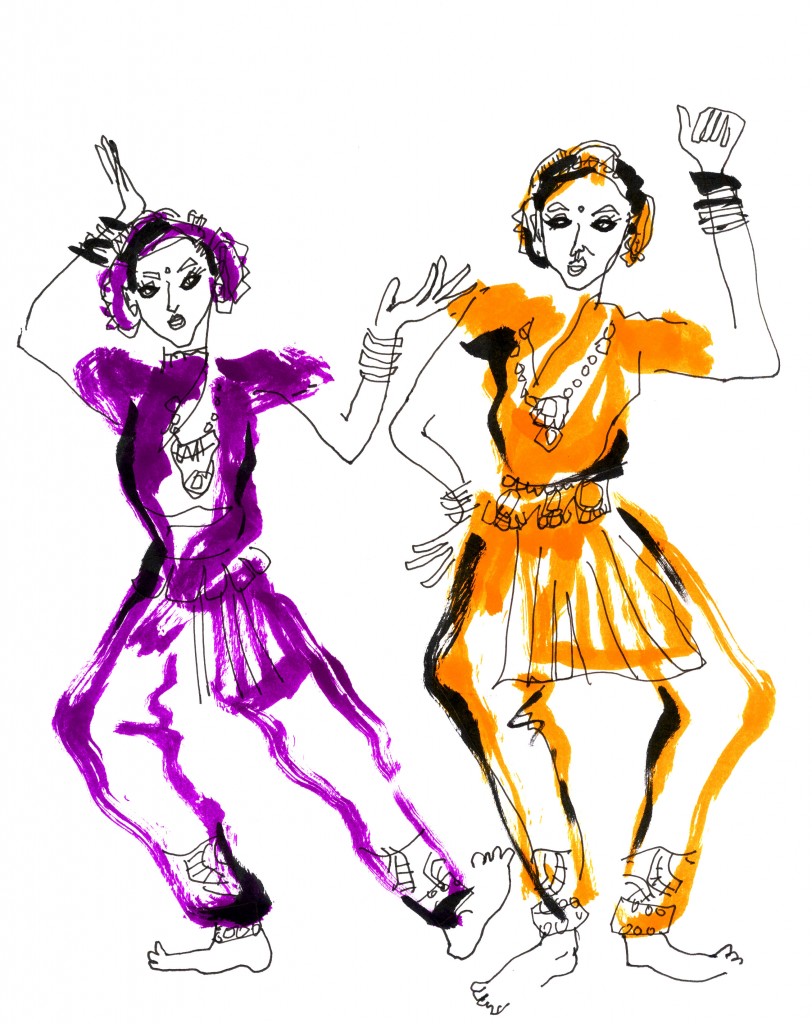 After the girls returned to the stage for a final prayer and thanked their guru and musicians, their father Vikas Kapoor greeted the audience and thanked everyone for attending. For the family, it was important to meld the traditional aspects of the dance form with the modernity of the jazz form to blend the cultures together as it is the reflection of their collective identities. Additionally for Vikas and his wife Jaishri, it was important to find a way to pass the cultural baton onto his children, but to do so while still maintaining their American identities.

Guru Bhise, a protégé of Sonal Mansingh, India’s pre-eminent practitioner of the Pandanallur style which emphasizes geometric movements of the Bharatantayam form, then took to the stage to congratulate the girls on their accomplishment. For her, the girls became more than just students­—they became an extension of her. “We became more than just student and teacher, we became the ones who make fun of the parents,” she quipped. Bhise said she found teaching them to be fulfilling, adding “I’d like to say Sara and Riya, you have done me proud.” Prior to “A Night of Moves,” Bhise announced that Riya and Sara Kapoor’s Rangapravesh would be her final student presentation. 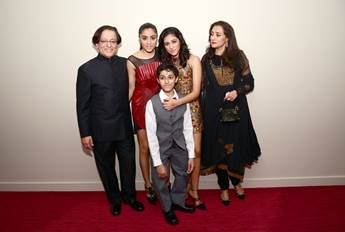 World renowned jazz producer, George Wein congratulated the girls on their debut and said, “All I could think of is the majesty and ethereal beauty of all women.”

For an encore, Rita and Sara performed a special routine set to a modern musical composition by the Oscar-winner AR Rahman. As the routine progressed, members of the jazz quartet then led guests out of the theater in a procession towards dinner in the Jazz at Lincoln Center space, which had a traditional Indian street market theme and was immediately followed by an after party in The Parkview Lounge.