ESPEROS is launching kid’s backpacks this month for Back To School. They are a modern approach to a timeless backpack with stylish and durable canvas built for children on the go. The best part:  every bag sold helps fund one year of education for a child in the developing world (the brand is partnered with Pencils of Promise). When you make your purchase from ESPEROS, you do more than simply buy a bag: you carry hope 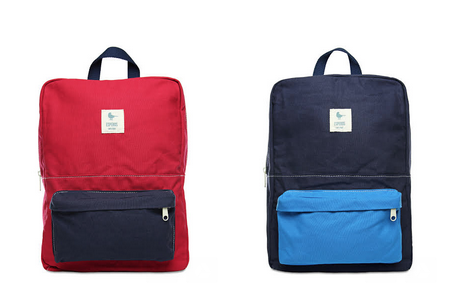 The backpacks are $45.00 and sold on esperosbags.com and Whole Foods stores across the nation.

Chau here, back from a short little hiatus from the blogging world. This past week I had the fortune to be invited to an advanced screening of “The Diary of a Teenage Girl” starring Bel Powley, Alexander Skarsgard and Kristen Wiig. Nominated for a Grand Jury prize at Sundance this past year, I knew it’d be a film to look out for from former actress and newcomer director, Marielle Heller. 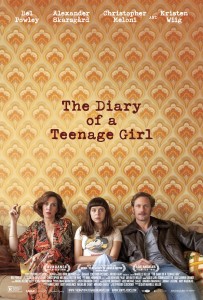 Based on the comic book The Diary of a Teenage Girl: An Account in Words and Pictures  by author and artist Phoebe Gloekner, the movie takes a uniquely drawn path of live action and animation. Literally. There is some crazy wonderful animation incorporated into the film. The story is about a 15 year old wannabe cartoonist named Minnie Goetze (Bel Powley) living in San Francisco in 1976 who loses her virginity to her mother’s (Kristen Wiig) 35 year old boyfriend, Monroe played by Alexander Skaarsgard.  Equal parts “coming of age” and equal parts laugh out loud memoir, the film is an incredibly honest, captivating and relatable film that I found myself, at the age of 25 still able to strike a chord with.

So let’s be real here. There’s a ton of coming of age films,  but what makes this film different? What makes it so uniquely captivating and raw? 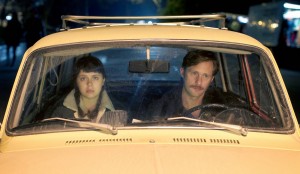 Well, to me, Minnie is a character that I don’t mind. Minnie is a girl that I feel like I could have been friends with. She’s not a 2 dimensional typical teenage girl  who happens to hit the entire “Hollywood Teenage Girl” checklist.  This is a film that truly captures the life of not a “typical teenage girl” but that of a teenage girl named Minnie Goetze. Plus she doesn’t say the word “like” in between every other, like, word. Duh. 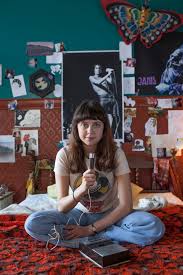 Narrated through confessions to her tape recorder diary, Minnie questions love within her life, and if anyone will ever love her. Her search for love starts when she sleeps with Monroe, her mother’s boyfriend, and as their affair continues, she questions her love for him and other boys she meets along the way. And yet, we don’t disagree with the relationship, (maybe because it’s Alexander Skaarsgard) but maybe because this relationship is the only place where Minnie and Monroe can be fully honest with anyone in their lives. 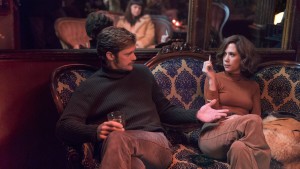 Meanwhile, the film takes place in 1976 San Francisco,  an era of transition and hippie, punk rock, and female empowerment.  I couldn’t help but fall in love with the stylings and art direction of the times. The outfits are gorgeous. The hair, the loose silk blouses, graphic punk rock tees, long wavy hair and cool, “I woke up like this” style is too effervescent to miss. Be sure to check out the soundtrack too!

Kristen Wiig was a surprising yet amazing choice to play Minnie’s mother, a single mom who had her daughter too late and never got a chance to grow up. Her advice to Minnie is quite contrary to the feminist mindset of the times, and tells Minnie to wear more skirts, and use her body to look nice for the boys and with this, we see that Minnie is left without a strong adult figure to guide her. 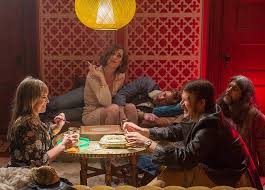 What I liked best about the film,  were Minnie’s attempts to discover herself. She’s unabashedly secure with her sexuality, she enjoys sex and she admits it. When she has sex with boys her own age, their hilariously awful, like watching a fish flop out of the water.  She thinks she’s in love with Monroe, and that he’s her sole life vein. Who hasn’t fallen head over heels in puppy love with someone before? She questions her own career path and how she can pursue a life as an illustrator. She tries acid and gets into some sketchy situations. She questions her parents and begins to recognize their flaws for the first time. She’s fierce in her curiosity. She’s a bad bitch and she knows it.

And yet there’s a lot of hilarity that comes about in the movie. It’s not just a melodramatic, “I’m not a girl, not yet a woman” struggle. Minnie’s staunch, L7 square of a father played by Law & Order SVU’s Christopher Meloni offers his two daughters, perhaps, the only other bit of advice offered from any adult in the film.

“When you shake hands with someone, look them in the eye and say to yourself, “I’m better than you, you son of a bitch.”

There’s a lot more I’d like to write but that’d be giving away the film. It’s engaging and fun and definitely worth a watch, no matter what end of the spectrum you come from. What are you doing? Get on Fandango now! The film premieres August 7th.

FUN FACT: I found the story of how Marielle Heller came to direct this film to be very interesting as well. She was originally gifted a copy of the book from her younger sister and fell in love with the story. It was a long effort before she was able to get the rights and adapt it into a play. After a successful run, Heller got into the Sundance Scriptwriters Lab then Director’s Lab and then finally, release the film.

See the picture below of Director Marielle Heller in 2010 playing the role of Minnie Goetz on stage in NYC. 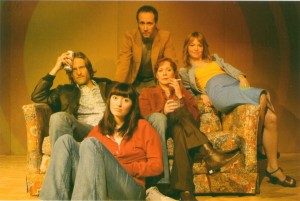