While there is nothing like the Beebo on the market today, it is something almost every new parent has dreamed about. I don’t know a parent who hasn’t tried the bottle under the chin maneuver because we dropped the remote or needed to answer the phone. 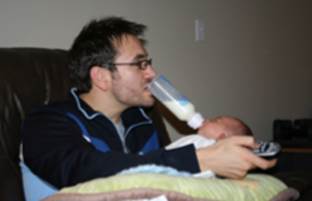 And that’s how Florida resident Martin Hill got the idea. The thought came to him with his first child, now six-years-old. But after re-living the same problems during the multiple daily feedings with his son, now four, the former electrical engineer set to his garage to create a solution because he couldn’t find one that already existed.

He even made his first prototype by carving through foam and searching for the perfect BlackBerry belt clip case to rotate the Beebo as needed. 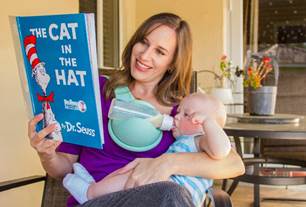 The Beebo is designed for left or right hand users and the bottle holder is soft and flexible to fit the majority of bottles on the market. At first, it was Martin’s way of multi-tasking, then it turned into a way to spend quality time with his son by reading to him while he was feeding him.