Washington, D.C. — Millions of pit bull terriers – commonly referred to as Pibbles – now have a voice during the first ever  One Million PIBBLE March  organized bycomedian Rebecca Corry  (Comedy Central, King of Queens, Last Comic Standing).  Founder of the  Stand Up for Pits Foundation, Corry will lead this historic event  on the West Lawn of U.S. Capital in Washington D.C. on May 3, 2014 from 12:30 – 2:00 pm. 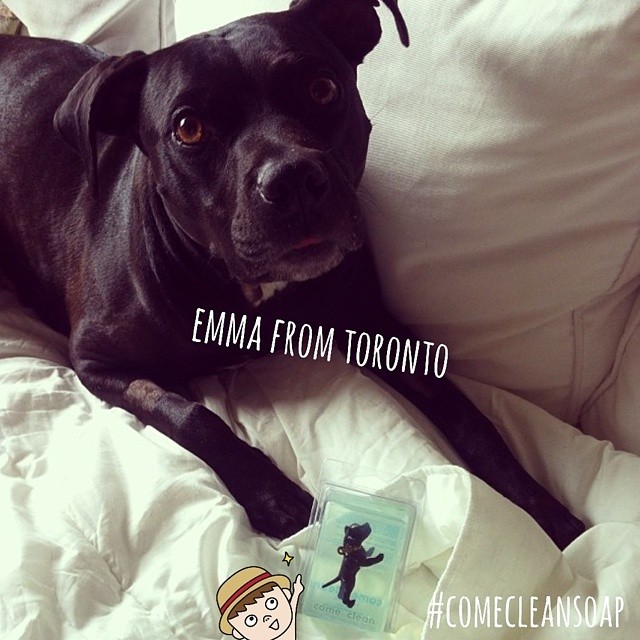 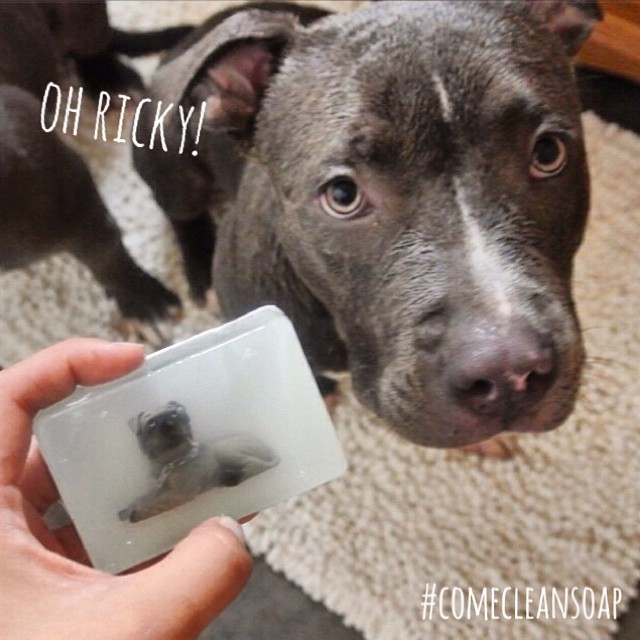 With the goal of raising awareness, inspiring federal funding and creating new programs, the March will discuss ways to eradicate the discrimination and abuse.  Recently, President Obama spoke out about the ineffectiveness of the breed specific legislation (BSL) laws and ways to see it abolished.  The reality is the dog fighting epidemic is worse than ever before, with the majority of abuse being committed by youth ages 13 to 21.
“My goal is to create safe and humane communities for humans and pets alike through raising awareness and identifying solutions,” said One Million PIBBLE March organizer Rebecca Corry.  “I believe through laughter, positive images and education, we can make a difference. Quite frankly, this is a societal problem that affects us all as abuse that begins with pets can quickly extend to children.   The targeting of pit bull terriers is unfortunately a direct reflection of broken society, but one that can be fixed and starts with constructive, awareness-building events like our One Million PIBBLE March.”

This historic international event – inspired by Corry’s own pit bull terrier, Angel — is attracting attendees from all over the United States as well as Canada, England and Germany to name a few.  With more than 5,000 registered attendees to date and growing, Corry is spearheading a PIBBLE movement.  She will also be performing during the Stand Up for Pits comedy tour at Gotham Comedy Club in New York on April 23rd  and the Arlington Drafthouse in Virginia on May 4thto continue efforts for this cause.

To date, confirmed guest speakers for the One Million Pibble March include:
·          Key-note speaker Jamie Buehrle, wife of Toronto Blue Jays starting pitcher Mark Buehrle, whose family has been personally affected by discrimination and forced to live apart due to BSL laws
·          Leah Brewer, owner of the first-ever hero Pibble, Elle the Hero Dog of 2013
·          Roo Yori, the proud owner of Hector, one of Michael Vick’s rehabilitated dogs and the late, great Wallace, subject of the  New York Times  bestsellerWallace
·          Officer Kelly Steinhorn of the Baltimore Police Department, who famously saved the abused Pretzel the Pit Bull
·          Several owners of other rescued pit bulls terriers who endured unspeakable abuse
Additionally, many recognizable celebrities are supporters of The Stand Up For Pits Foundation, including:
·          Kaley Cuoco (Actress, The Big Bang Theory)
·          Whitney Cummings (Actress, Whitney)
·          Courtney Cox (Actress, Friends)
·          David Arquette (Actor, Scream)
·          Bill Burr (Actor, Breaking Bad)
·          Cheri OTeri (Actress, Saturday Night Live)
·          Moby (Singer-Songwriter, Innocents)
·          Janeane Garafolo (Comedian, Saturday Night Live)
·          Torrey Smith (Baltimore Ravens Superbowl Champion)
·          Gerrard Shepperd (Baltimore Ravens Player)
·          John Rallo (MMA Fighter)
“For 20 years I believed entertaining people was what I was meant to do until Angel came into my life and showed me that standing up for pits through entertainment is my true calling,” continued Corry.  “She has given my life a greater sense of purpose.  Angel is the inspiration for this March, Stand Up For Pits and living proof that Pit Bull Terriers are in fact, inherently good.”

The “Be Their Voice” video promoting the One Million PIBBLE March with Angel can be viewed at:   http://www.youtube.com/watch?v=KO6KgvaQHpo
About Stand Up For Pits Foundation
Stand Up For Pits Foundation was created in honor of Rebecca Corry’s pit bull terrier, Angel, who was found roaming the streets of Los Angeles as a victim of horrific abuse.   Through a live, nationwide comedy show with performers such as Bill Burr, Kaley Cuoco and Whitney Cummings, the Foundation raises money to positively advocate and educate about the true nature of Pibbles.  The Foundation is also organizing the first ever One Million PIBBLE March in Washington D.C. to further their educational and awareness-based platform.  All funds raised up until May 3 go to the One Million PIBBLE March.  Learn more atstandupforpits.us.

As Fashion Week gears up in New York City, it’s time to get dressed up and watch your favorite models strut their stuff on the runway. If you’re looking for a place to stay during the star-studded event, head to the Boom Boom Room at The Standard hotel to rub shoulders with Victoria Secret Angels or run into Heidi Klum at the Empire Hotel.

Booking.com (the #1 accommodations website) has scoured their database of over 593,000 accommodations around the world and 750 properties in the city that never sleeps to find the best hotels for a fashion forward stay during Fashion Week. Empire Hotel
This Upper West Side hotel is right across the street from the tents at Lincoln Center and top models and celebrities including Heidi Klum, Nicole Ritchie, Lauren Conrad and Bella Thorne have been spotted at this modern classic.
·         Take a trip to the 12th floor for a drink at the intimate rooftop bar and lounge with great views of Lincoln Center that is sure to be filled with fashionistas, models and celebrities alike
·         Sleep in style in modern rooms equipped with an iPod docking station, a full minibar and a glass-enclosed shower with a rain shower head in the bathroom
·         In between shows, take in other nearby sights including Museum of Arts and Design, Times Square and the Theatre District

The Standard
This designer hotel is a fan favorite during fashion week, with designer parties at the iconic Boom Boom Room and the popular rooftop bar Le Bain has been named the “#1 place for Fashion Week nightlife” in the past.
·         Ride up to your room in the elevator made famous by Jay-Z and Solange Knowles post-Met Gala brawl
·         Visit the Standard Grill, Biergarten or the Living Room Lounge for live entertainment, cocktails and a great bite to eat
·         End your nights with breathtaking views of the New York skyline and the Hudson River courtesy of the floor-to-ceiling windows The Mercer
If you care more about the clothes than the models, The Mercer is the hotel for you, as it’s the choice for top designers including Marc Jacobs and Calvin Klein.
·         Work out and relax like a model with the hotel’s private exercise trainers, massage therapists and yoga classes
·         Dine like a celebrity at Jean-Georges Vongerichten’s popular hotspot Mercer Kitchen
·         Take a few moments to escape from the bustle of the week and read a book in the lobby’s large book and magazine library

Gramercy Park Hotel
For those interested in more than just fashion, a stay at a former favorite of Humphrey Bogart, President John. F Kennedy and the Rolling Stones will please the artistic types.
·         Check out the ever-changing selection of artwork that adorn the walls from some of New York City’s masters including Andy Warhol, Jean-Michel Basquiat and Keith Haring
·         Spot your favorite celebrities such as Ed Westwick and Mary-Kate Olsen at the hotel’s exclusive Rose Bar for specialty cocktails and live music
·         Relax and enjoy the scenery in the serene Gramercy Park or take a nice walk to the nearby Madison Square Park

Prancing around in the snow, adorable winter fashion, and plenty of cuddle time at home; the cold winter months can be plenty of fun for you and your fur friends! However, nothing ruins snuggling with your pooch more than a bad case of doggie breath. With Petsmile® Pet Toothpaste, the first to be recommended by the Veterinary Oral Health Council and created by the humans who brought you Supersmile®, your dog can easily have healthy teeth and gums plus fresh breath. 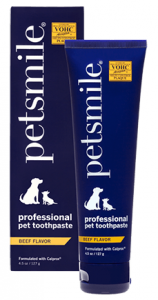 Dental health is priority for dogs over the age of 6! Since Jacob is almost 10 yrs old, this is super important to us

#petsmileusa has long disposable wands and beef flavored dog toothpaste available now!  The long wand allows you to quickly and easily swab the toothpaste into the dog’s mouth. It is a soft foam tip that expands a bit after it get moist.

The first Pet Toothpaste recommended by the Veterinary Oral Health Council (VOHC), this beef flavor formula infused with proprietary CALPROX® works on contact to dissolve the protein layer on pets’ teeth where stains, plaque, and bacteria form. Apply Petsmile® Pet Toothpaste to the exclusive applicator swab, or add to pets’ favorite snack or chew toy, and let them lick their way to good oral hygiene. 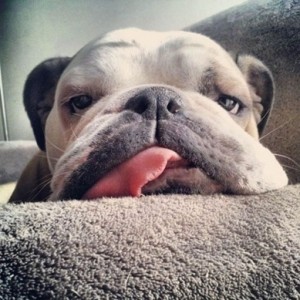 WHERE TO FIND IT: www.petsmileusa.com

About Petsmile®: Invented by the makers of Supersmile®, Petsmile® Pet Toothpaste is the gentle, safe way to clean your dog’s teeth—eliminating plaque and tartar—all without the need to brush. The first Pet Toothpaste recommended by the Veterinary Oral Health Council (VOHC), Petsmile® harnesses an exclusive CALPROX® formula clinically proven to reduce plaque, improve oral health, and freshen breath on contact with regular use. Find Petsmile® at www.petsmileusa.com and select specialty stores.