By Dr. Marc Edward, a veterinarian and writer for Pets Best, a pet insurance agency for dogs and cats. 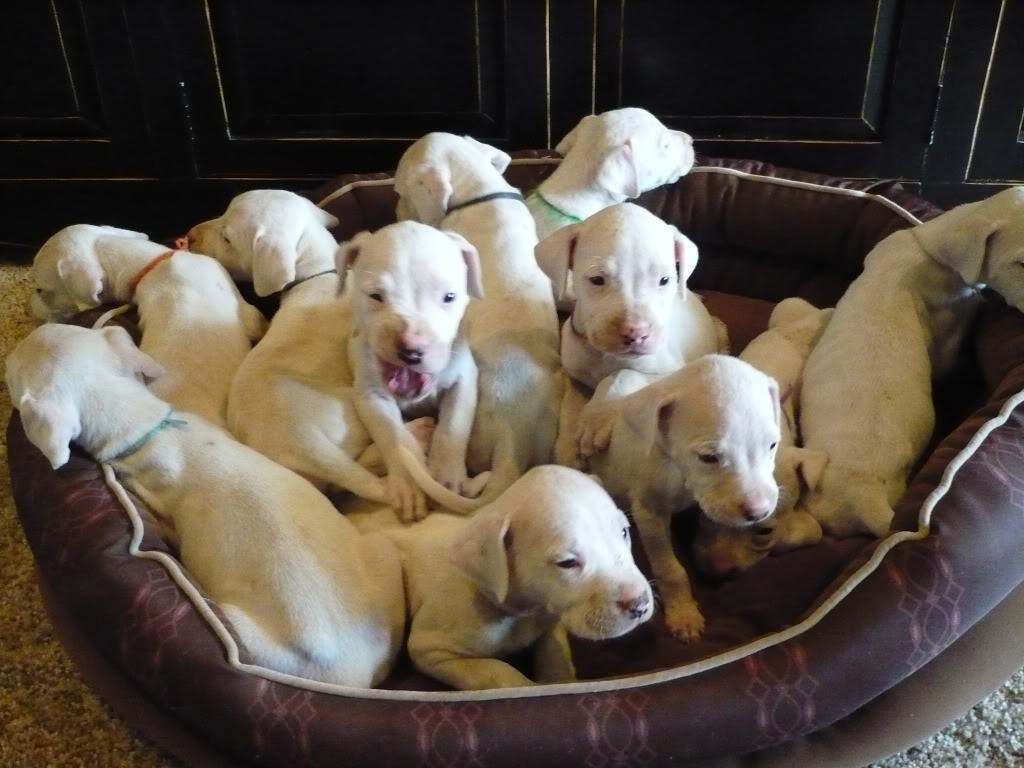 1) What are heartworms, and how do dogs get them?

Heartworm disease, or dirofilariasis, is a potentially serious disease seen primarily in dogs throughout the United States and other areas. Heartworm disease is transmitted by mosquitos, which means dogs that spend even a short amount of time outside are susceptible to the disease.

Transmission occurs when a mosquito bites an infected host that is shedding microfilariae, or immature heartworms. The microfilariae develop within the mosquito until it bites a new host and the larvae are transmitted. This is important because without the mosquito, heartworm disease cannot be contracted. Once inside the new host, the heartworm larvae migrate and develop until reaching their ultimate destination in the pulmonary arteries. Once in the pulmonary arteries, the adult heartworms start producing microfilariae and the life cycle starts over.

2) What are the signs and symptoms of heartworm disease?

3) How is heartworm disease prevented and treated?

Preventing heartworm disease in canines is very easy, relatively inexpensive and generally safe. Heartworm disease can easily be prevented by administering a monthly preventative heartworm medication. There are a variety of products available in today’s market, but they do require a prescription from a veterinarian. Additionally, many heartworm products also help prevent and treat other types of parasites. Your veterinarian can help you decide which product is best for your dog in your area.

Treating heartworms in a dog can range from very easy to very difficult. In mild cases of heartworm disease, an animal may be able to be treated with a series of injections to kill the adult heartworms. In more severe cases, surgery may be necessary to remove the worms. Some cases with heavy infestations cannot be treated successfully.

Heartworm disease is a common and widespread problem in dogs. I strongly recommend talking with your veterinarian about the best way to control and prevent this mosquito-driven disease. The Pets Best BestWellness plan covers preventative heartworm medication.

I have a great love for sunglasses and often buy numerous pairs throughout the summer from fashion retailers like Forever 21, H&M or even at flea markets and street vendors. I once splurged on a designer Prada pair but as soon as it got hot enough for me to sweat, they slid down my small Asian nose and I was annoyed. My favorite pair of sunglasses ever?  I don’t know if I have found them yet. I have worn several pairs to ‘death’ til the plastic is peeling and the lens are scratched like crazy. It is no secret that I love glasses and sunglasses! 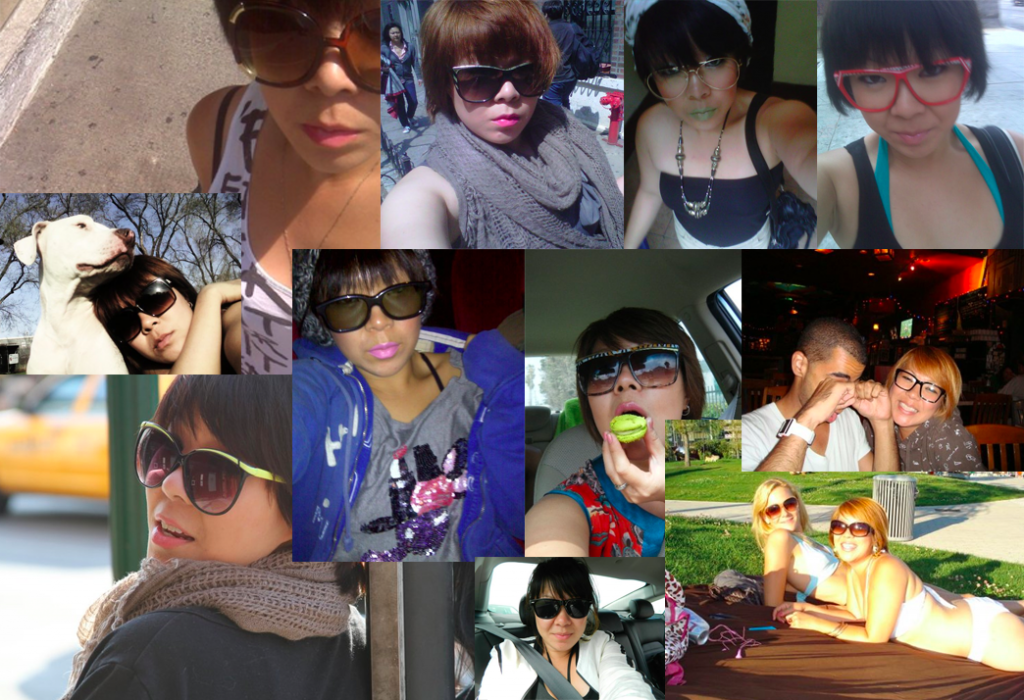 Last week I got my first pair of sunglasses from Glasses Shop online and I love them.  There are numerous styles on the site for different face shapes and nose heights. They provide free shipping for orders over $59 and they recently had a $3 sale too!

Since I got LASIK last summer, I have been on the hunt for a pair of great sunglasses. Without the barrier of contact lens, my eyes have become more sensitive to light, sun and even wind. There were so many to choose from and it is always hard to tell what looks great on you depending on your mood but I ended up picking a purple floral pair called Westlake.  Very reminiscent of my time in LA where I lived in Westlake downtown LA!!

I picked these using their virtual TRY ON feature which was fun and very helpful. You can upload your own pic, take it from your webcam or use the model faces that they provide for you. First you pick your pupils then you can zoom in and out to ‘try’ on the glasses. 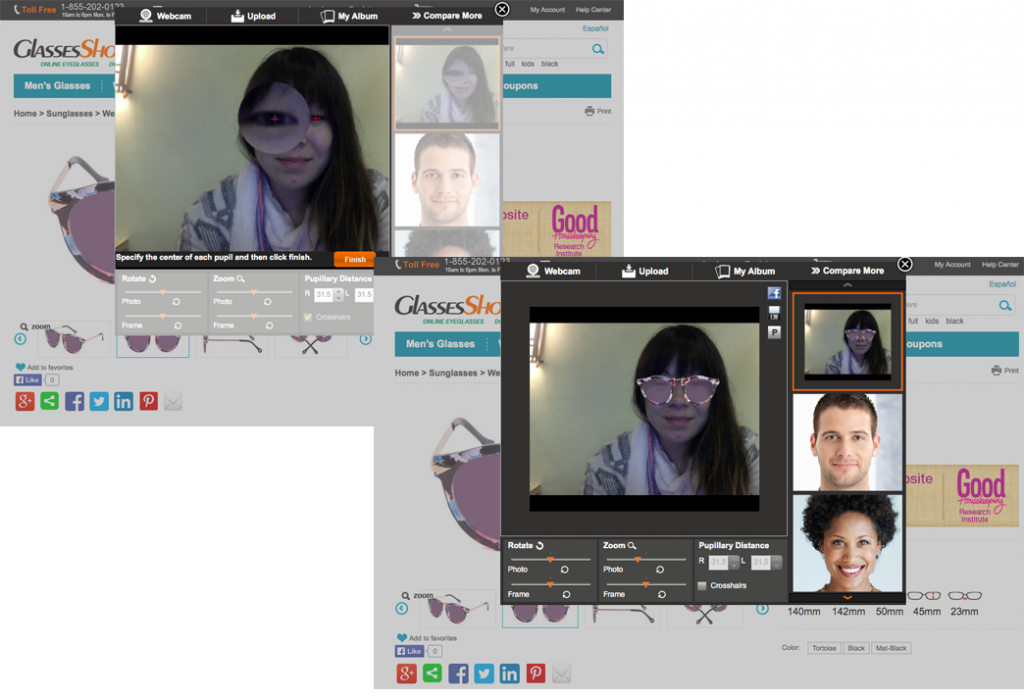 I was really happy with the speedy delivery and when the glasses arrived they came with a small microfiber cleaning cloth and purple glasses case.  The lens are perfectly crisp and clear. They are retro inspired and so cool!  Can’t wait to wear them all summer long.

Anyone need new glasses/sunglasses!! –>>> Use my promo code GSYVONNE (20% off site wide at www.glassesshop.com

The MY LITTLE PONY brand is bringing the power of the rainbow to life in 2014 with an array of colorful ponies and playsets! Children and fans of all ages will adore discovering the whimsical world of six pony friends, watching their adventures unfold in the “My Little Pony Friendship is Magic” animated series created by Hasbro Studios and airing on The Hub TV Network. Pony fans can act out imaginative stories of their own with fantastical MY LITTLE PONY figures, playsets, and vehicles, many of which can be seen in the series.

This fall, the beloved brand will ‘pop’ into a new category of play that, for the first time ever, lets fans create and customize their own ponies. The MY LITTLE PONY POP line is an assortment of easy-to-assemble figures and a playset for children to build and personalize every aspect of their pony friend – from funky hairstyles, to colorful outfits, customized cutie marks, patterned wings and all of the accessories in between!

A worldwide perennial favorite, MY LITTLE PONY is an evergreen lifestyle brand. In 2014, over 200 top-tiered licensees around the world in more than 17 categories will bring MY LITTLE PONY branded products inspired by the “My Little Pony Friendship is Magic” animated series to the global marketplace ranging from publishing to digital gaming to apparel, plush, housewares and fashion & beauty. Fans of the beloved brand can also “make friends” with MY LITTLE PONY on Facebook, watch videos on YouTube, and see episodes on MyLittlePony.com as well as get details on the array of product, promotions, and more.

New MY LITTLE PONY products for 2014 include:

Fans can add RAINBOW POWER style pony pals to their collection with these MY LITTLE PONY figures, each featuring a unique cutie mark that reflects their personality, hair highlighted with neon-rainbow strands, and bright decorations all over. Style these ponies’ colorful hair with the included comb. Choose from RAINBOW DASH, FLUTTERSHY, RARITY, PINKIE PIE, APPLEJACK or PRINCESS TWILIGHT SPARKLE figures, each sold separately.  Available at most major toy retailers nationwide and on HasbroToyShop.com.

Get ready for high-flying adventures with PINKIE PIE in a first class flight around EQUESTRIA. This heart-shaped helicopter even has a colorful rainbow propeller. The PINKIE PIE pony travels with a small pink suitcase, rolling luggage rack, and fashionable accessories, ensuring she’ll arrive in style wherever she goes.  Available at most major toy retailers nationwide and on HasbroToyShop.com. 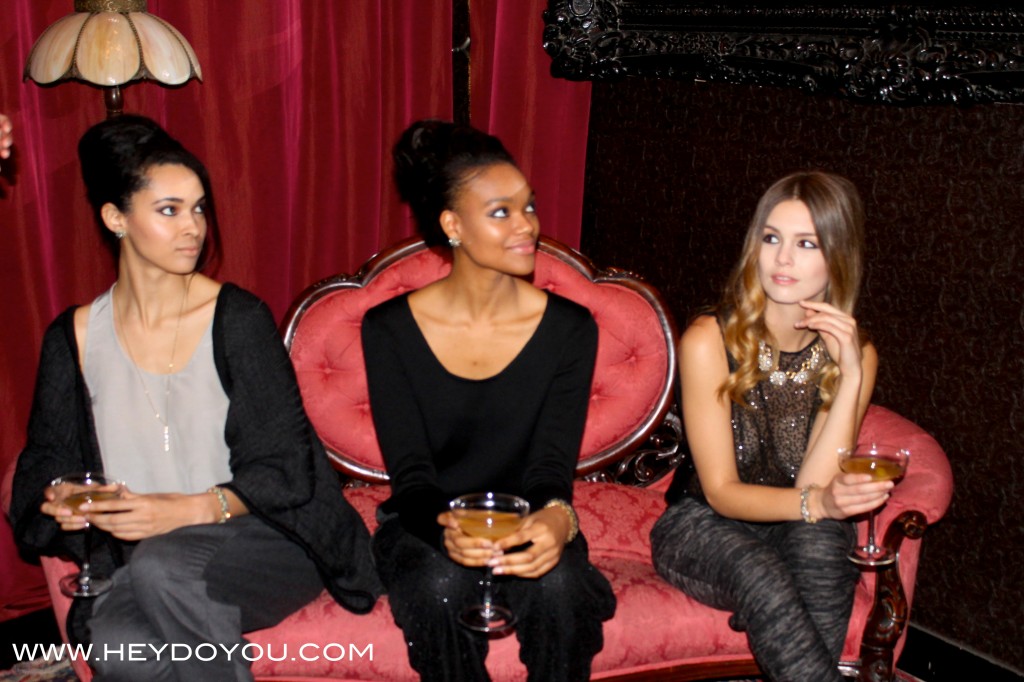 Canadian womenswear label elan+castor (formerly Moose & Beaver) recently premiered their Fall/Winter 2014 Collection, with an intimate presentation to media, local personalities and influencers at Parlour in downtown Toronto, and we were there to catch all the action! 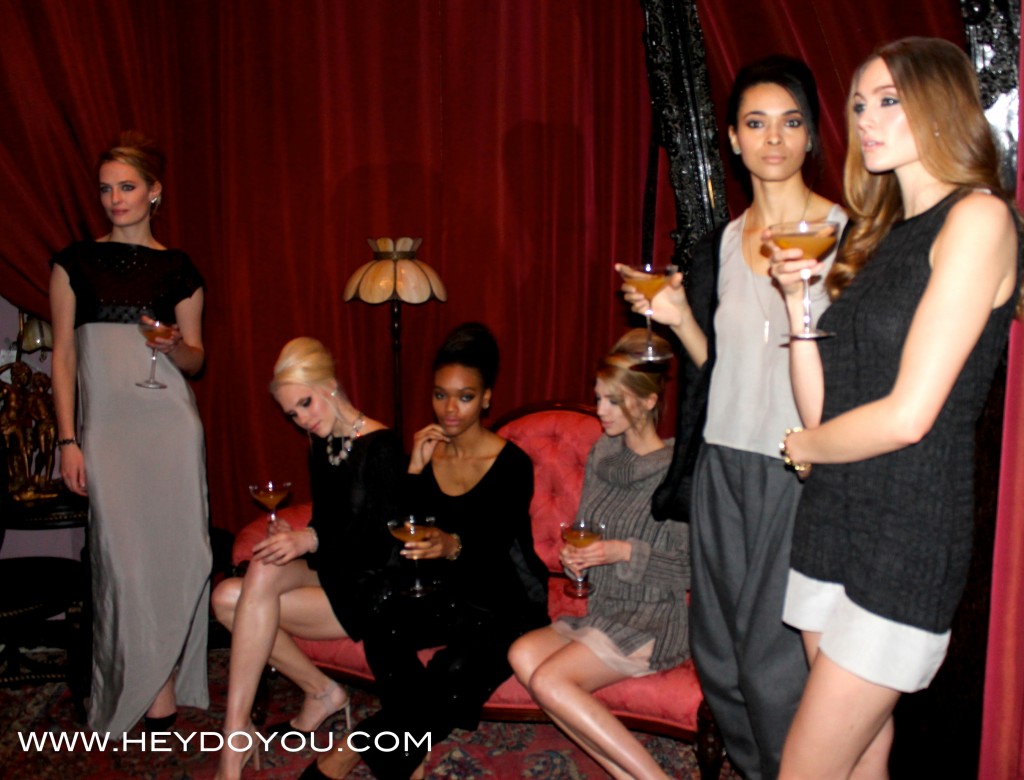 Check out some pics of the collection below! 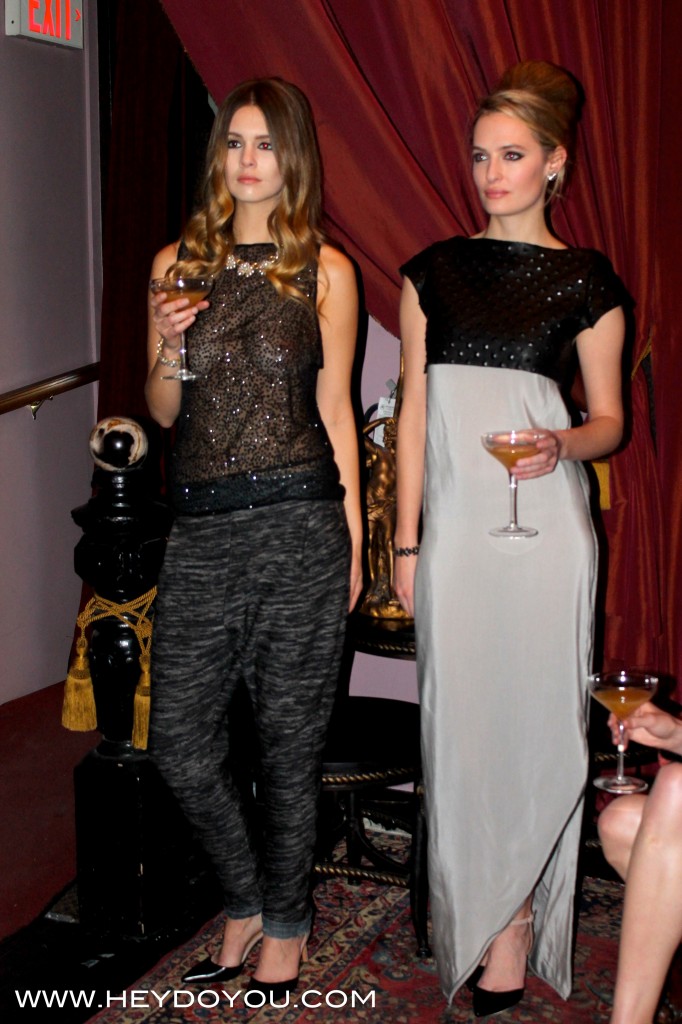 “I’d like to believe that the elan+castor women are themselves unintentional style icons…those women who walk out of their homes looking amazing without even trying; these are the women with a liquid style.”– Leah Antoinette (Creative Director) 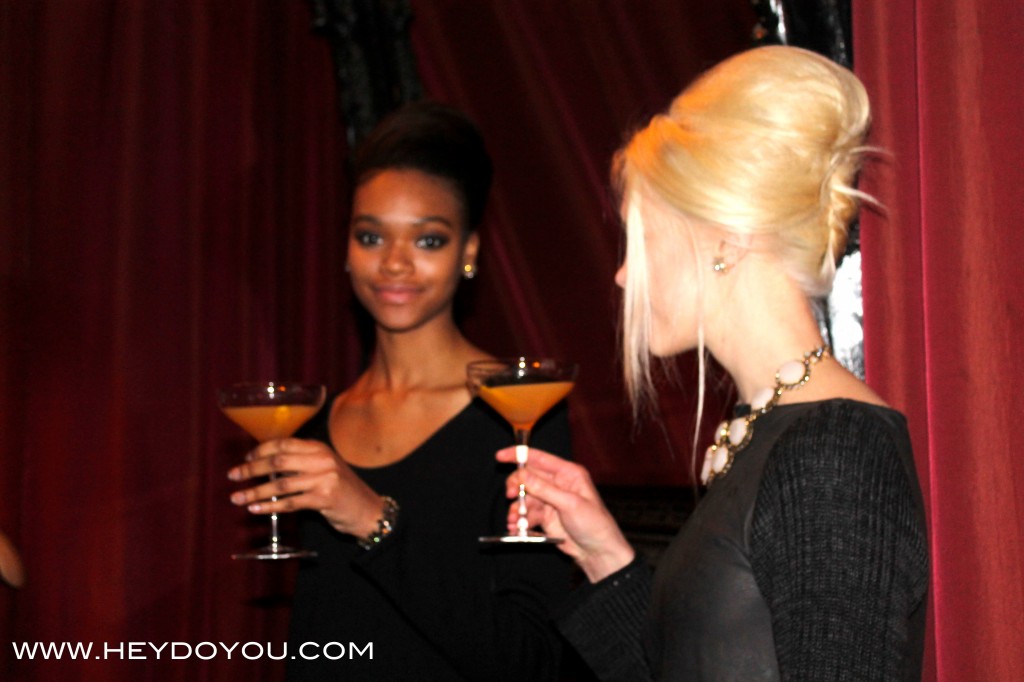 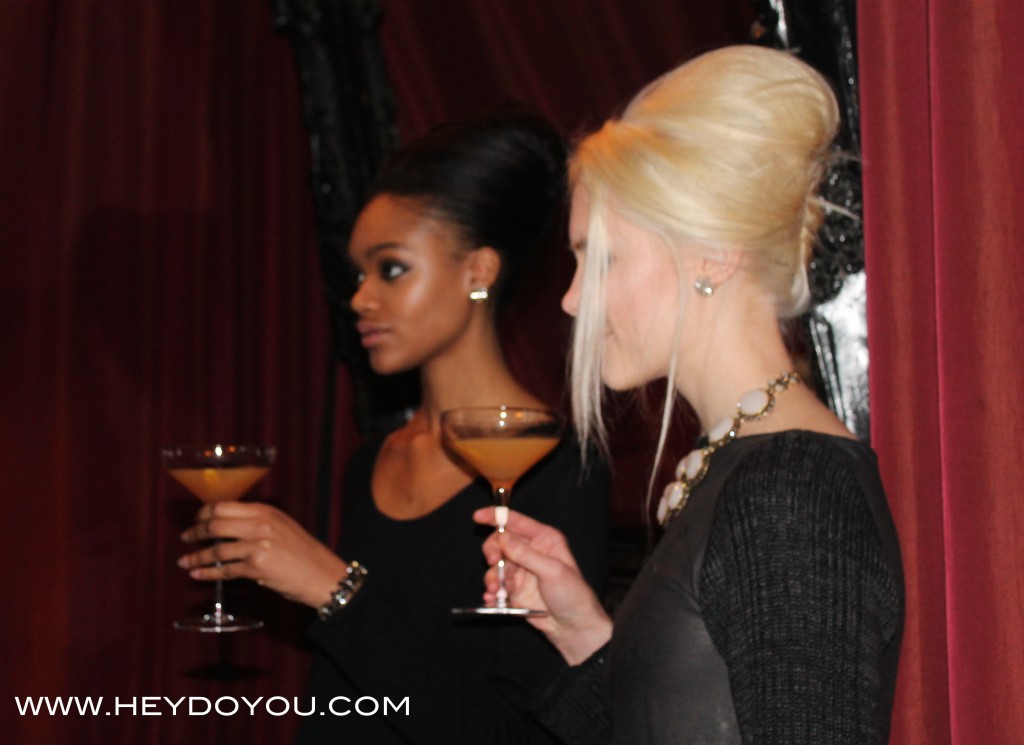 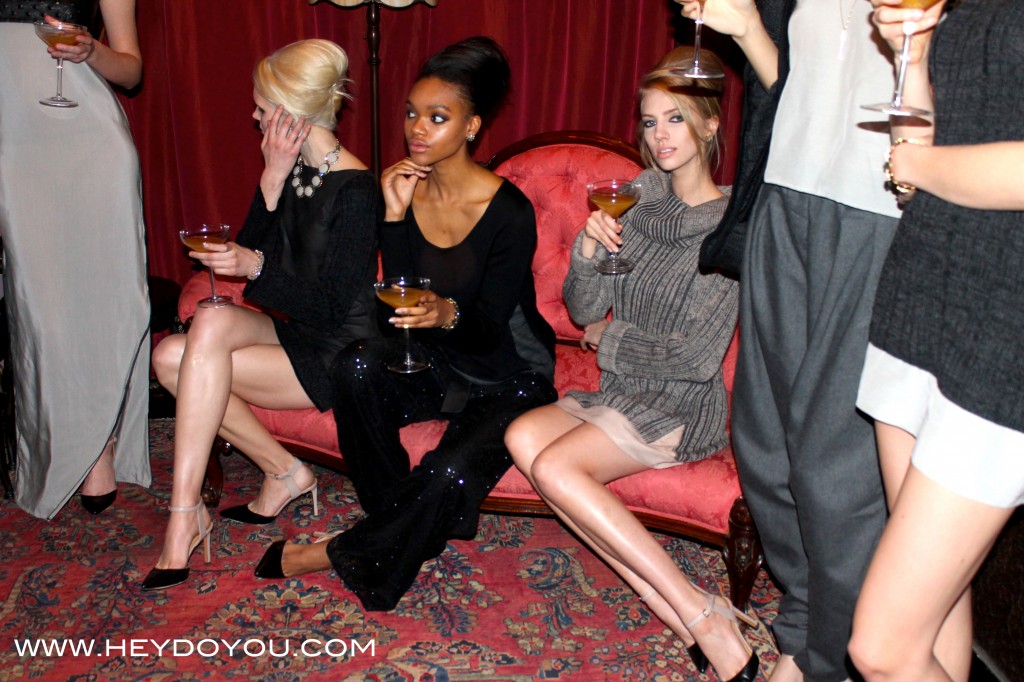 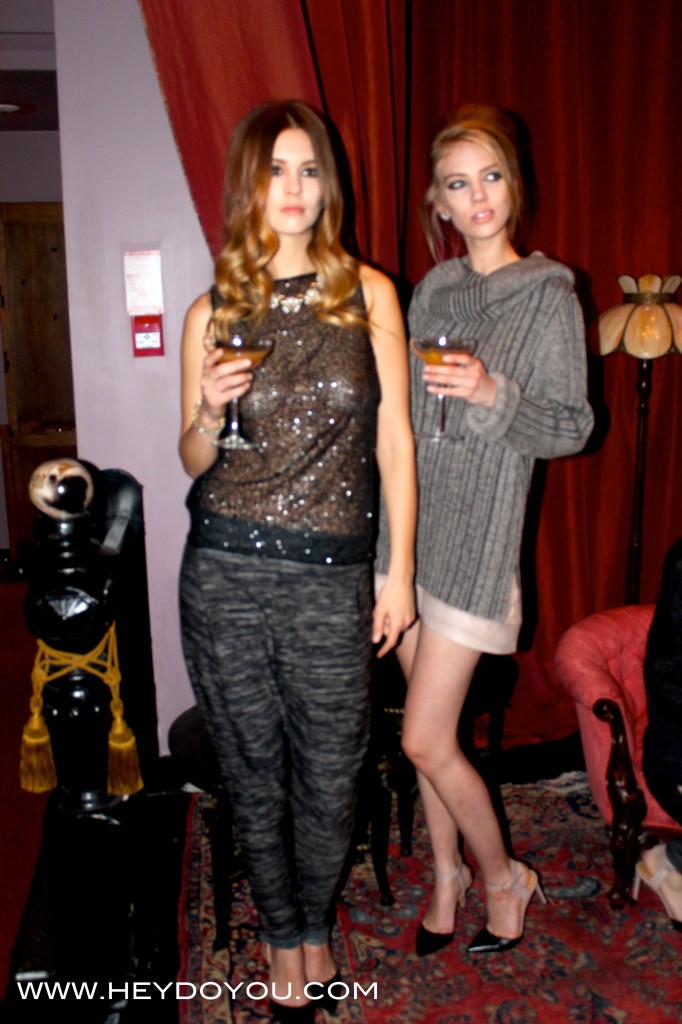 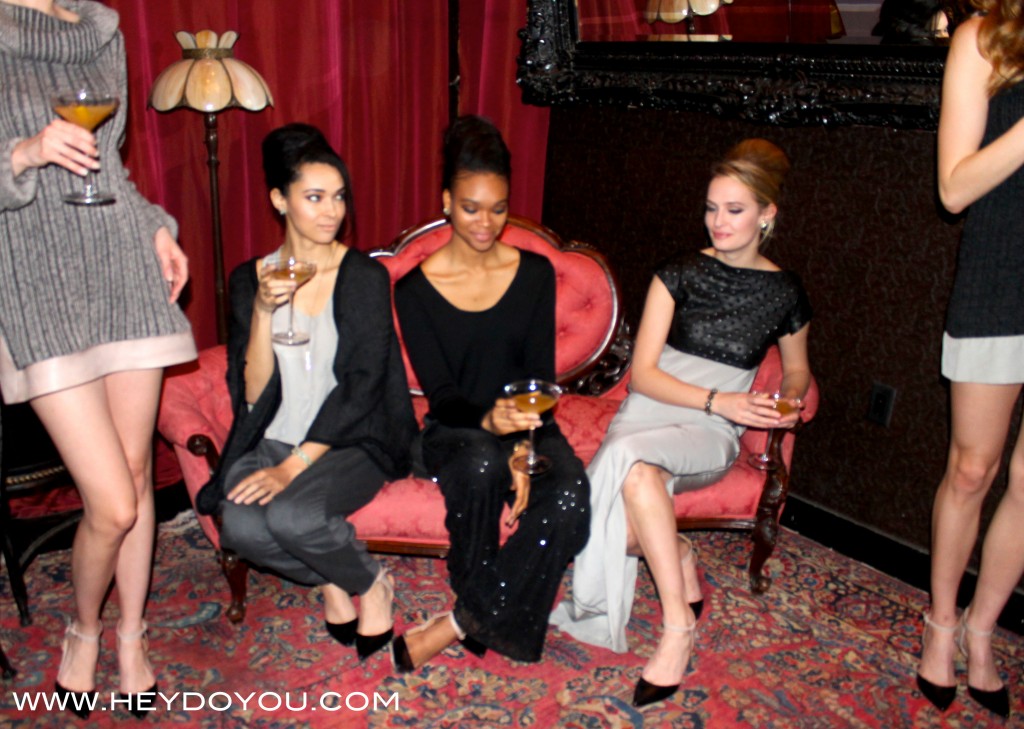 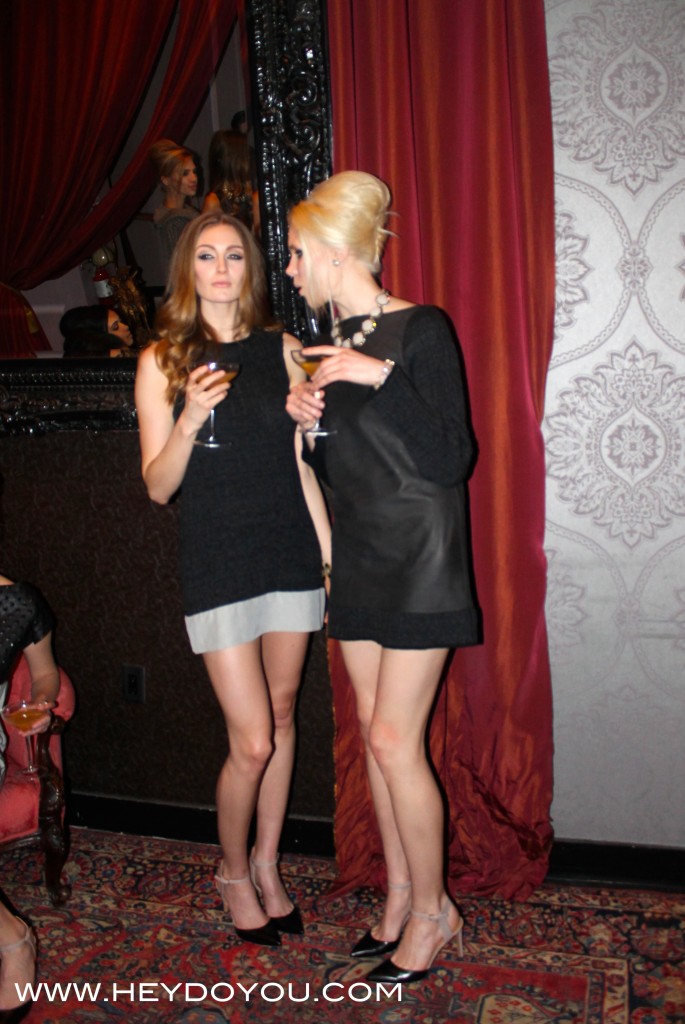 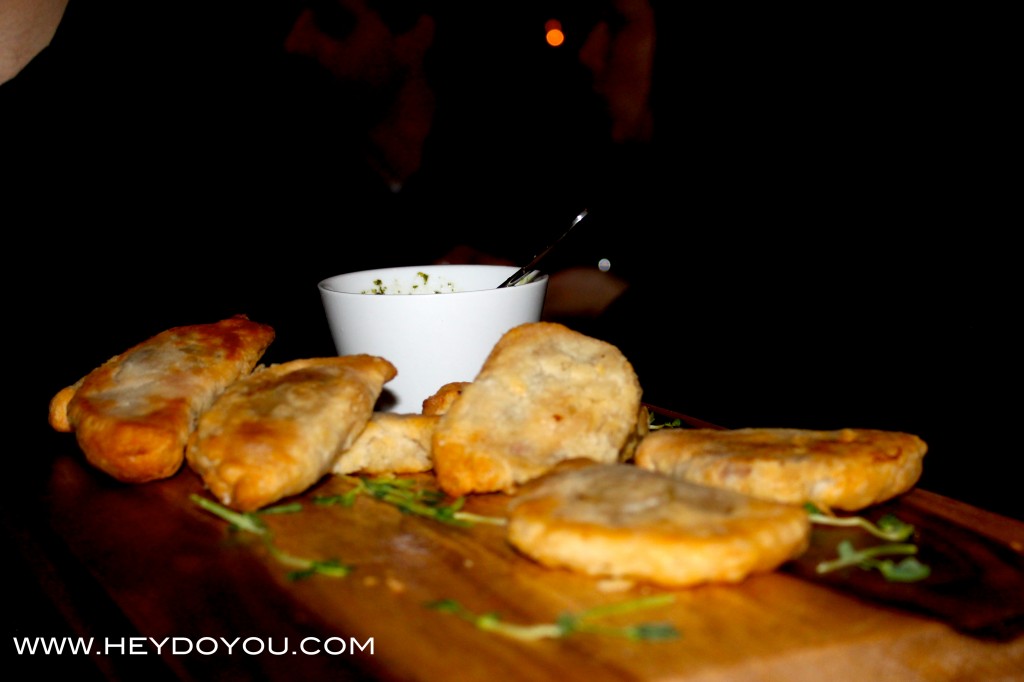 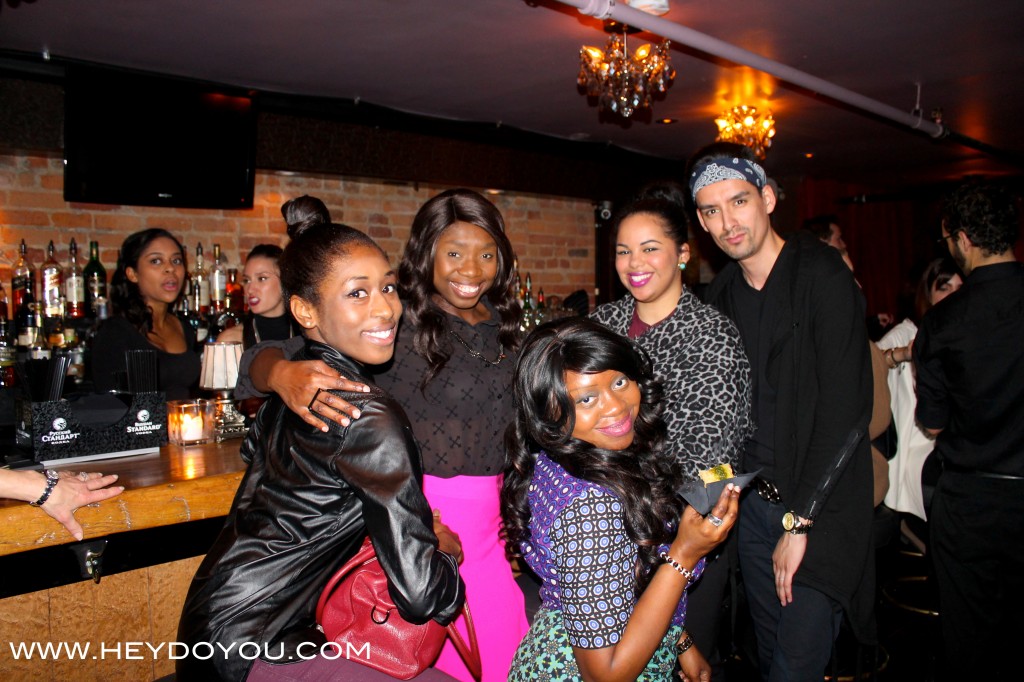 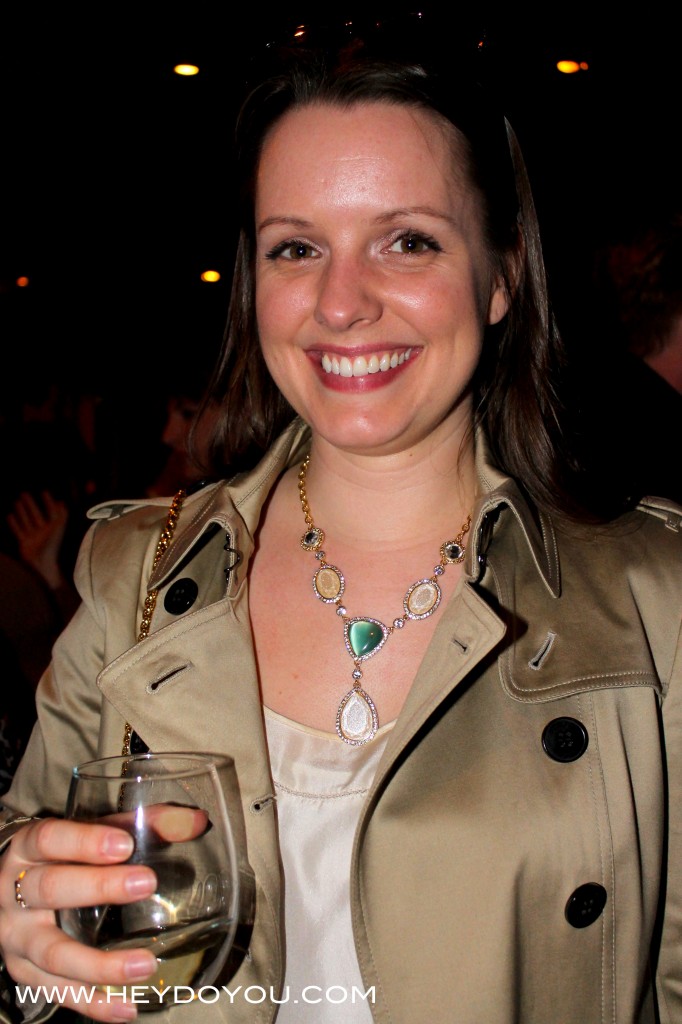 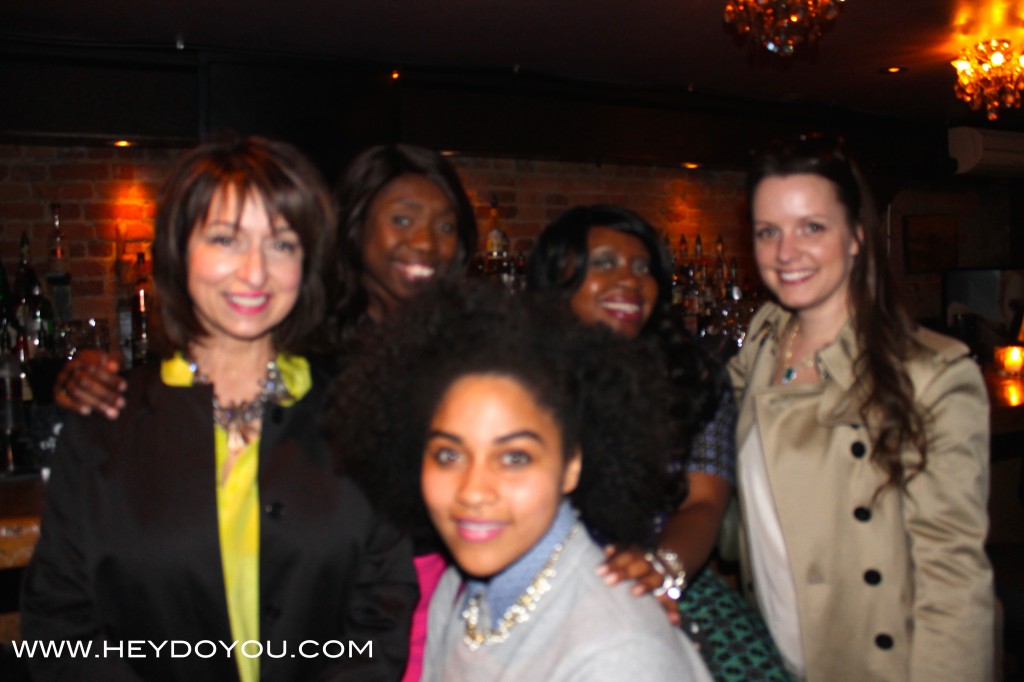 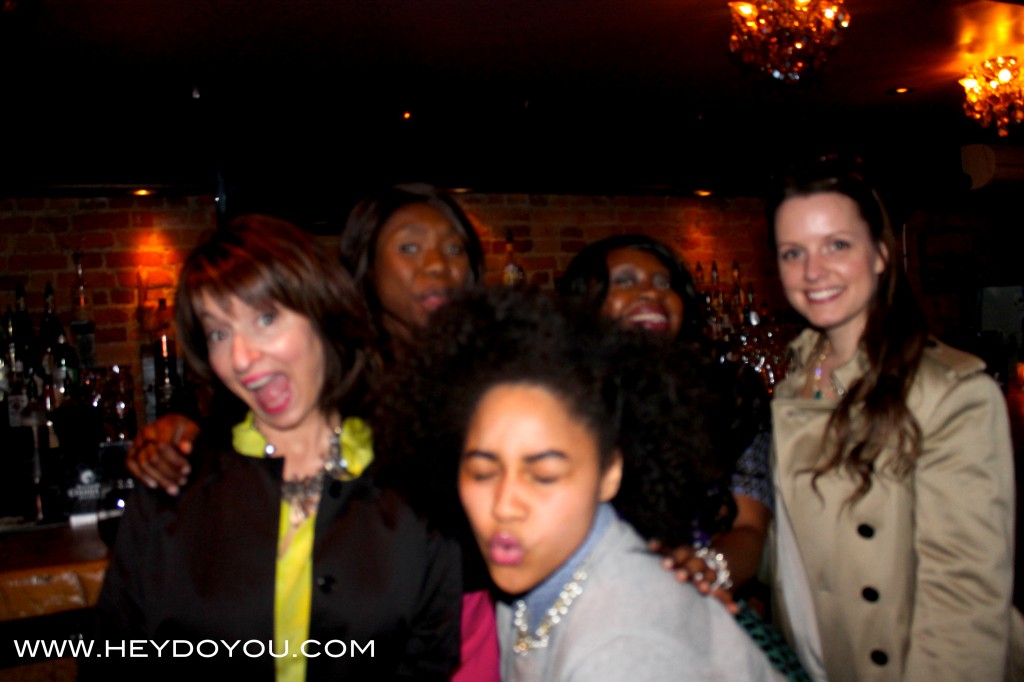 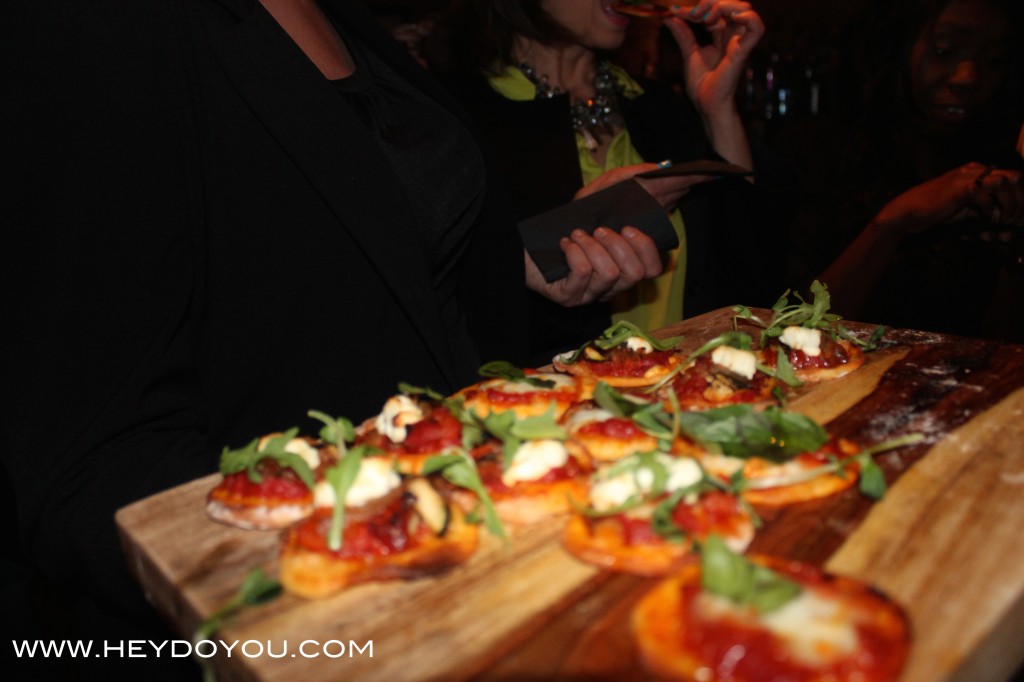 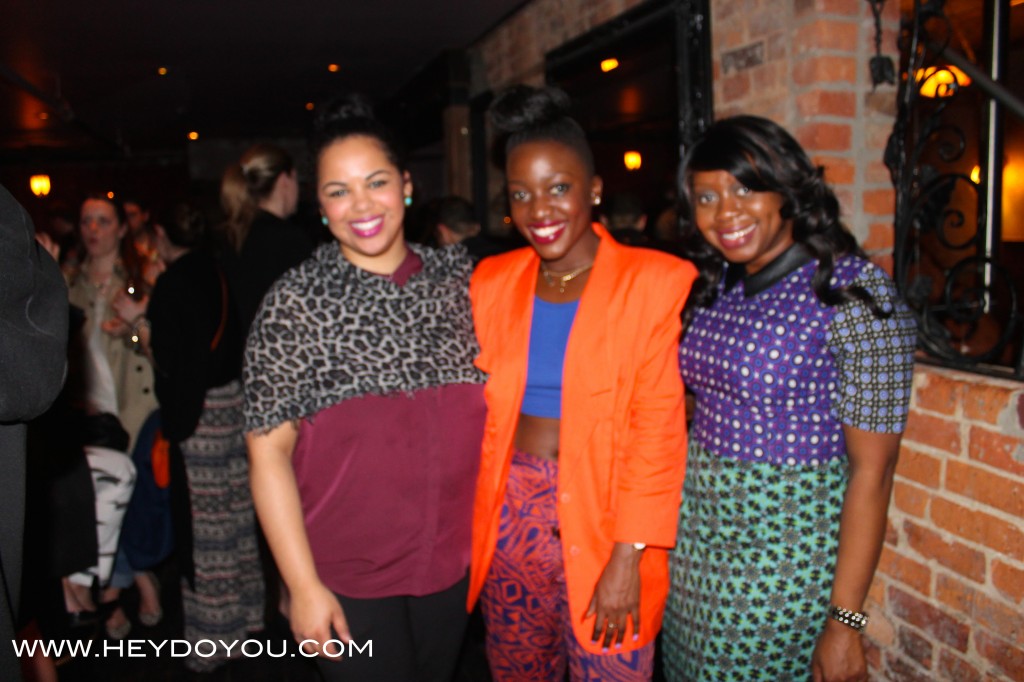 The collection is available through custom order at elancastor.com with prices ranging from $200-$800 Canadian.

Thank you for inviting us!