Fashion never stops—thanks goodness! And this past week all the top designers were putting their creations on show at London Fashion Week (including the debut of Manolo Blahnik). And once again, hairstyles were just as talked about as the clothing styles.

TONI&GUY had some of the most coveted styles of the London catwalks, with their Hair Meet Wardrobe line of styling products (which, incidentally, was just introduced to the U.S. market in August). Matthew Williamson, Todd Lynn and Vivienne Westwood Red Label are just some of the labels that took advantage of this incredible range, via lead stylist Mark Hampton, the Global Hair Ambassador for TONI&GUY Hair Meet Wardrobe. 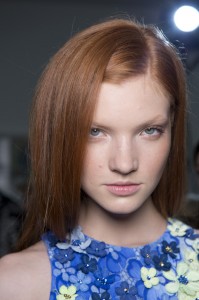 Todd Lynn: This label went with a creative look for their hairstyles, with a fierce, rough and rebellious attitude. Hero product? TONI&GUY Hair Meet Wardrobe Creative Style Spray Wax. Spray wax? Yes! This stuff creates definition and texture and it totally perfect for achieving defined layers in any kind of hairstyle. Simply spritz through towel-dried hair and scrunch before drying—it works like magic. 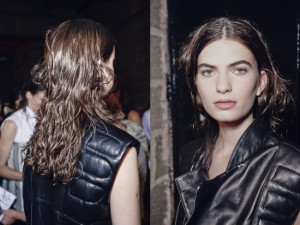 Vivienne Westwood Red Label: An animalistic inspiration with a touch of glamour is the way this label worked their styles down the catwalk. The look was all about chaotic, voluminous waves of hair that were wild and free. Hero product? TONI&GUY Hair Meet Wardrobe Glamour Volume Plumping Whip. This gave the hair ferosh texture and achieved that incredible bed head-meets-jungle-woman look we’re all totally craving now! 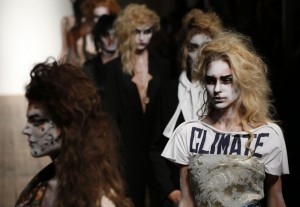 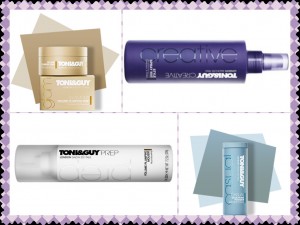 After you’ve gorged on some of the food mention in my last blog post, you might want to grab a drink afterwards…

I’m usually content with getting some beers in K-Town on a typical Friday night (read: pocha side dishes, BBQ, or cheesy ramen as “chasers”). However, if you want to go somewhere with the girls or with a date, I recommend a cocktail bar in Fi-Di called The Dead Rabbit. As soon as the friendly host greets you at the door of the two-story place, you will feel as if you have stepped back in time. This 1940’s style bar has already won several awards for their unique and delectable cocktails (I also recommend their fries). The drinks are a bit pricey but the experience is truly original and delightful. 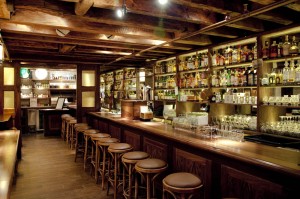 One night I met up with some of my  old classmates and we passed by a sleek, crowded bar in Alphabet City called The Summit. We decided that we simply had to go in and see what it was like. The place is small, the crowd is young, and the cocktails are strong. Their house special is The Governor but I ordered a delicious drink called The Governess. One of their special customers also gave me a free glass of wine from behind the bar so, of course,  I only have positive things to say about this place! 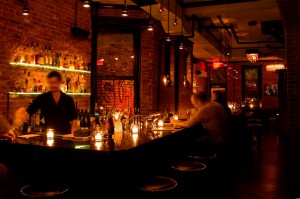 After hitting up The Summit, we went to a renowned cocktail bar called Pouring Ribbons. We ordered several refreshing cocktails as well as a prosciutto and cheese plate. The place is surprisingly spacious and the interior has an old world sort of charm. The owner, Joaquín Simó, is a former academic who was named as the American Bartender of The Year, so you can be sure that the staff knows what they are doing! 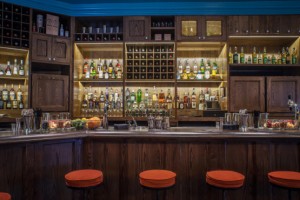 THE PAW PROJECT is the inspiring film that follows the David and Goliath story of a grassroots movement led by one woman. It is a mission to change laws and protect cats, both large and small, from the cruelty of declawing. THE PAW PROJECT shows how the movement began, how it continues to prevail despite the efforts of well-funded professional veterinary associations.

Declawing is the amputation of the last bone in a cat’s toes. In the United States today, approximately 25% of domesticated cats are declawed. Despite the physical and behavioral harm inflicted on cats who are declawed, many veterinarians continue to recommend the procedure, which costs upwards of $1,200. per hour – even for very young kittens.

THE PAW PROJECT takes us inside the issue of declawing. Sharing testimony from industry professionals and pet-owners alike, THE PAW PROJECT examines the emotional and physical cost that a cat pays when declawed; and reveals the profit that the procedure generates for veterinary doctors across the nation. Despite the physical and behavioral harm inflicted on cats that are declawed, many veterinarians continue to recommend the procedure, which costs upwards of $1,200.00 per hour – even for very young kittens.  Veterinarian Dr. Jennifer Conrad wants it stop. While it often puts her at odds with many in her professional field, she continues to lead the struggle.

“I had to reach wider audiences, with this new tool that uncovered truths about declawing. That’s when I decided to make the film.” says Conrad.

Step by step, the film follows Conrad as she refutes representatives from the American Veterinary Association (AVMA), all in her effort to protect the well-being of these felines.  THE PAW PROJECT chronicles her journey from pet examinations to legislative hearings, where she urges elected officials to ban declawing in their cities.

THE PAW PROJECT is a documentary written, directed and produced by Dr. Jennifer Conrad. It is her added effort to ensure that everyone is of the dangers of declawing. She hopes that THE PAW PROJECT will be used as a tool to change the nation.

“When people watch this film, I want them to walk out of that theater feeling inspired that they can help end this horrible practice. I want them to feel motivated and capable.” says Conrad.

THE PAW PROJECT a documentary directed by Jennifer Conrad.