A couple days ago Jenn was seen rocking long straight locks. This time they were BROWN!!! I absolutely love the color on her. She looks more mature, put together, and posh. I think it was an extremely smart move on her part.

This is what it looked like before she dyed it. I have to say she does a great job pulling off both colors. She dyed it just a few days before the Toronto Film Festival…Daring! The dark locks deffinetly suit Jenn and she can pull ’em off! Lucky Jenn.!

Let me know what you think.. Do you Love it or Hate it? 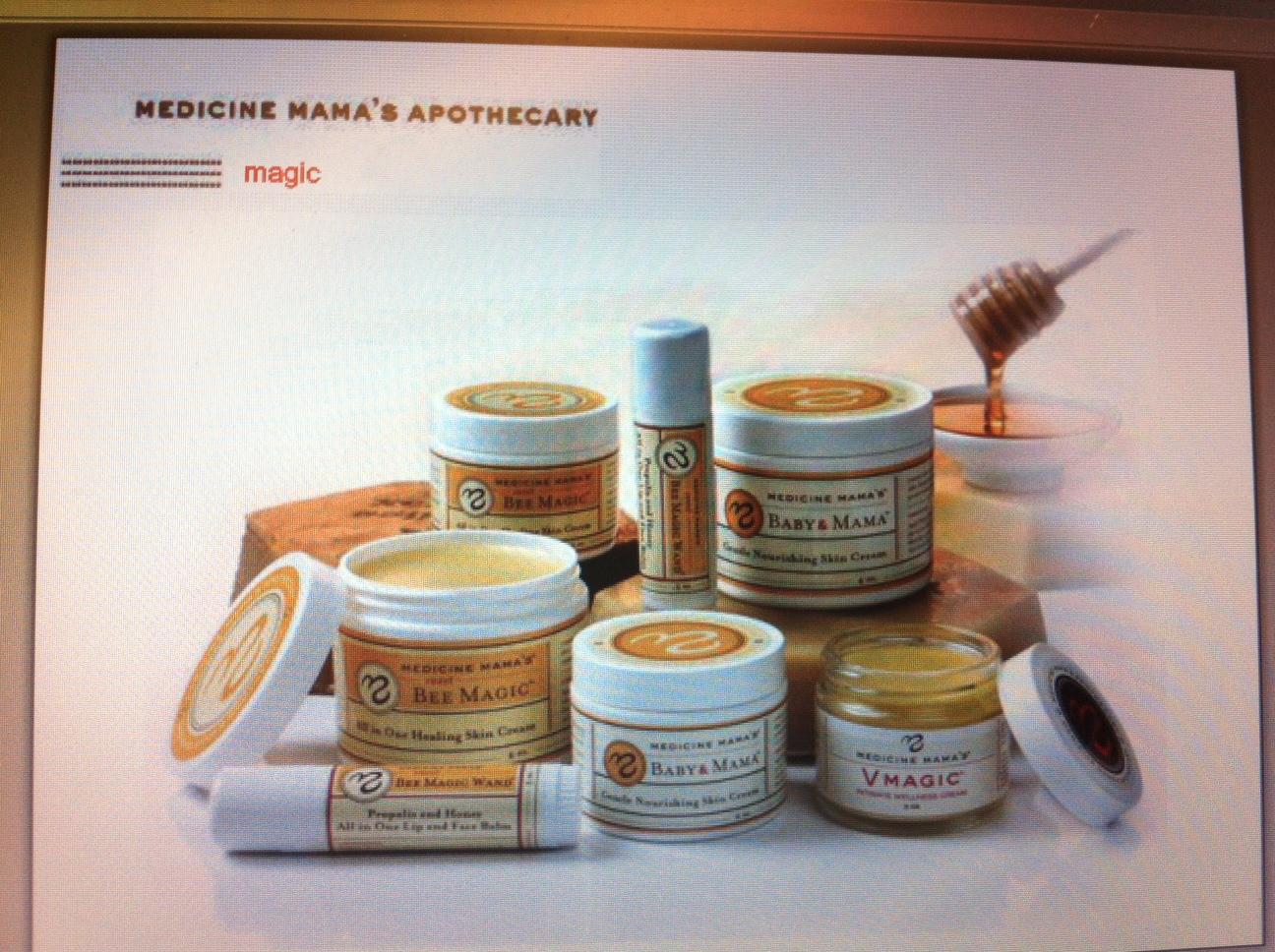 HonEy, I’m home…! hah, that was the first thing that came to my mind, so I thought I’d add that in 🙂 I was invited to this webinar that had Medicine Mama, Donna Steinmann, hosting an exclusive behind-the-scenes tour of her apothecary.  There she creates a certified-organic, all-over miracle cream that combines the healing properties of pure honey bee ingredients to nourish, soothe and protect the skin. Thank you for the invite!

My experience with honey as an ingredient for my facial skin care was and still is absolutely wonderful. I first heard about honey masks from my aunt who when my brother was suffering from major acne/ blemishes all over his face and neck during his high school years, she had suggested him the honey and salt mask. At first, I was disgusted and a nonbeliever. Then, I heard it again a couple years back from a friend from Holland (The Netherlands) and she had suggested it to me when I, myself started to break out in adult acne from moving to Hong Kong then. Still, I was a nonbeliever though. Now, after more research and many more honey recommendations, I’ve finally given it a try about half a year ago and boy, I should have started this earlier. My first honey and yogurt mask was amazing, my skin was completely smooth and my blemishes have faded from the deep, cystic acne red, to a lighter pink and after a continual 3 day use, it was completely gone (not all of course but for a couple of days to have my cystic acne clear up? that’s some good working stuff there) The antibacterial factor within the honey is just remarkable as well as being nourishing and healing to our skin. Medicine Mama’s Apothecary harvests their own resin’s tree from the very special honey queen bee’s of course. Oh, and you can’t forget about the purifying propolis that they extract on their own as well! With products that help with chapped lips, shaving burns,cold sore relief, cut/ scrape,/bite reliefs and being a daily moisturizer or an overnight nourishment who needs anything else? Check it out!

Thank you, Amanda Comunale, of Crier PR for the invite!

P.S. – Almost forgot, there’s all sorts of honey out there that you could make your honey masks out from but the one I used was Manuka honey. (I’ve heard rave reviews about it before trying it for myself) If you’re suffering from acne, like me I use manuka honey, oatmeal(plain), yogurt(plain) and at times a tiny bit of lemon juice for my masks. Just mix them all together till you get a good mixture and then apply and leave on for 15-20 mins! hope it works for you guys 😉

I’ve never tried Nexxus hair products before so I was super excited when I received my Frizz Defy Shampoo and Conditioner.

The shampoo and conditioner will control frizz all day and give you the smooth hair you have hidden underneath. It will also help your hair if you use heat styling products.

These smell great, with Moroccan Argan Oil and Coconut Extract. The conditioner really leaves my hair feeling moisturized. These two will also help with humid days and if your hair is feeling a little dry like mine does sometimes. I also really like the Argan Oil in the products. As for the shampoo, it works nicely with my thick, long hair. My hair feels healthy, manageable and ready to take on the day! I can’t wait to continue to use these during the winter months…

Thank you, Nexxus for making my hair smooth and giving me control of my frizzy hair!

About a month ago – I noticed these amazing quirky stylish photos from the dynamic duo behind TSOQ on my Facebook feed.

I got really excited about this and totally love their vibe!  The are risque, cute, sexy and fun – everything that Toronto represents to me.  When I go back to Toronto this fall, I will definitely pay them a visit.  I have an eye for spotting talent – Like Nicki Minaj’s mixtape back in 08 and I know TSOQ is going be successful! It will become the go-to destination for sassy girls in Toronto who didn’t forget how to have fun!  If I had a store, it might look a bit like this one!

PS: They have a casting call today at 6pm

We are looking for fashionistas that push all boundaries to set trends. Someone who is fun, out-going and charismatic. Hard working individuals with goal oriented minds. Retail and sales experience preferred. Part time positions only.

“A friendship founded on business is a good deal better than a business founded on friendship.” – John D. Rockefeller
That is just exactly what happened.

On a magical leap year day in 2012, Fashion Buyer, Valentina, and Fashion Designer, Angela, came together with a brilliant idea of starting their very own fashion boutique, The Store on Queen (also known as TSOQ).

On February 29th, Angela woke up with an empowering feeling and tweeted “…feeling magical today!” The girls met up for lunch at the General County to catch up on each other’s lives. During lunch, the girls had both talked about not feeling at home in Toronto, because there is nothing in the city exciting enough to ground them. Both being in the fashion industry, they talked about how fun it would be to do something together.

Before the two met, Valentina had owned a store and sold it when she moved to Toronto a year ago. She had spent the last year actively searching for the storefront on Queen Street to call her own, but have not been successful. The space was either is too large or the rent was too high.

Angela had recently moved to Toronto in October of 2011 to take a year off after dedicating several years launching her restaurant businesses in cities West of Ontario. She planned to travel the world and get to know the city until Fall of 2012 before looking to launch another business here.

After a perfect date day filled with tea, cupcakes and macaroons, they drove down Queen Street to head home. As Angela drove, Valentina saw a 3 x 5-inch hand-written sign on a store window that read: “For Rent”. She abruptly said, “stop the car!” They immediately made a U-turn and pulled over in front of the store, both of them had thought that it was most likely advertising for the residential rental space above the store. Valentina called the number and it turned out to be for the commercial space and it was the perfect square-footage and price. Without thinking twice, the girls looked at each other and said, “Let’s do it”.

TSOQ – The Store On Queen

Sending love your way and good luck with your store girls!

If the word “clogs” has you imagining yourself clomping down the street in clunky Dutch wooden shoes, think again. Despite their bad rap, clogs can make a serious style statement. Pair them with a killer outfit and great accessories and your wooden heels will be the envy of every other girl you meet.

Karl Lagerfeld took the fashion world by surprise when he featured clogs in Chanel’s Spring/Summer 2010 collection. That year, the clog trend was all about pairing sophisticated clogs with frilly, feminine attire. Two years later, clogs are still on-trend for fall 2012, with Vena Cava designers Lisa Mayock and Sophia Buhai favoring this style. Instead of 2010’s ultra-feminine take on clogs, fashion-savvy women are putting a new, bolder twist on this surprisingly versatile footwear.

What to Look for in a Pair of Clogs

The Spring 2012 runways were full of 1970s-inspired looks, and the fall clog trend is an extension of this design aesthetic. Wood-bottomed shoes transition nicely from a playful, easy summertime look to a sexy style for fall. When choosing clogs, look for a pair with a tall heel to elongate your legs and modernize the look. Feel free to experiment with color; although rich black leather looks great with everything, honey gold clogs with light wood are unexpected and very on-trend. Other hot colors for fall include dark chocolate brown, titanium and deep ultramarine green.

If you prefer a flat shoe, choose carefully to prevent your outfit from looking stale and dated. Flat-heeled clogs in a bold color or clog-inspired sandals can make a strong style statement while keeping your feet comfortable. For example, there’s a wide variety of Dansko Shoes that come in several hues to complement your look.

Clogs with a wedge heel are another great way to stay trendy for fall. These clogs are easy to walk in and look great with a variety of outfits. Remember to pair flat or wedge clogs with modern, tailored attire to keep from looking like you stepped out of a 70s time capsule.

How to Wear this Trend

As you transition into your fall wardrobe, you don’t have to leave cute summer dresses behind. Pairing clogs with your favorite warm-weather frock is a fresh and unexpected choice. Just add stockings and a fitted blazer to stay seasonally appropriate. Alternatively, consider pairing your clogs with slim-cut pants or cuffed skinny jeans and your favorite top.

After several years of skinny pants on the runway, designers are jumping back on the flared pant bandwagon. Although bellbottoms may be on-trend this fall, avoid pairing them with your new pair of clogs. Even if you’re going for a fun retro look, this combination looks sloppy and dated.

Clogs are a fun addition to any wardrobe for fall. Because these shoes can be a bold fashion statement on their own, try to keep the rest of your look relatively sleek and polished to avoid looking overdone. When choosing an outfit to complement your newest pair, add a pop of color or your favorite accessories to make the look your own.

Found this on Tumblr and found it so inspiring.

A muslim woman protesting the burka. in some countries, muslim women are raped and beaten for showing even their noses and mouths. in some places, they get their hands chopped off for showing their wrists, or looking at a man.

Be beautiful however and whoever you are.