With a title like ‘Romance Languages’ you know things are heating up tonight. Hello, hot stuff! Check out Laura (Margot Robbie)’s new boy toy, Joe (Gaius Charles), a navy boy, all dressed in white and everything. But sticking to the ways of the past, Joe gets knocked out in broad day-light for holding Laura’s hand. Is Laura going to defend him or just let him go and accept things for the way they are? 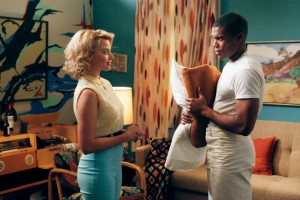 Then there’s a rocky path with Kate (Kelli Garner) and her beau Niko (Goran Visnjic)’s love affair. Niko gets ambushed in her apartment and he’s sent to the secret agency to discuss joining the team in Yugoslavia.  “I can’t tell, are you just a silly, naive girl, or are you a master liar?” Both. But more importantly, Kate’s in dangerous love with this guy. The show ends with an incredibly uncomfortable, heart-felt good-bye between Kate and Niko at the airport. Kate’s going around-the-world and Niko back to Yugoslavia. Is this the end of their romantic journey?

Oh yeah, and Collette (Karine Varnasse) gets to fly the plane with Dean (Mike Vogel)’s supervision while the rest of the plane is going crazy with a bunch of partying sailors that haven’t been above water in six months. Too bad for Ginny (Erin Cummings), it looks like Dean’s cleaning up that mess. Let’s hope she doesn’t pop up anymore in any upcoming flights.

So my friend who has her company http://girlswithflair.com/ wanted to know if i would rep her company by getting a tattoo on my arm that symbolizes her brand and of course i sad YES! I was up gettn this tattoo done at like 5 in the morning, they will tell you all that i cried like a little girl while i got it done, but i think i did great ;0) lol.

The tattoo symbolizes ‘Girls With Flair!’, so i chose to get a silhouette of a womans face with her hair going straght back. As you can see, the colors get firey as it go towards the back, that’s the part that represent the flair! :0) 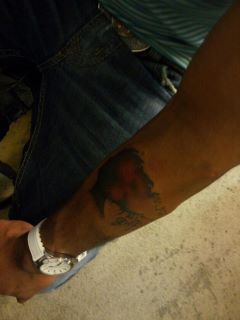