Tonight’s episode opens up with the expensive trick Ginny Saddler (Erin Cummings) wearing Captain Dean Lowrey (Mike Vogel)’s pilot uniform. I usually like the guy’s girl, but this one is just so sleazy with all the fur coats. It’s disastrously tacky, and the jet black hair makes her look borderline drag-like when she wears it in a bun. They all fly to Rio de Janeiro, including Everett Henson (Scott Cohen), the VP of Pan Am. A little too close for comfort are we? Ginny causes even more trouble by inviting Dean to join her for dinner with Henson. Of course, the fool is in love with her and Dean pulls out for good. At least he’s still got some sense in him — it looks like her claws didn’t sink in too deeply. Too bad we can’t say the same for Ginny, who claims she’s fallen for Dean. Please tell me he doesn’t fall for this.

Maggie Ryan (Christina Ricci) might lose her job with all her fooling around. There’s another photographer chasing Laura Cameron (Margot Robbie) for a story on the Pan Am stewardess life and Maggie wants some exposure to get her out of a huge pickle she’s been nursing. For a girl who’s been faking it to make it her entire life just for the chance at the Pan Am experience, she definitely isn’t rubbing the right people in the best way. After getting arrested for buying stolen goods and making bail from the handy co-pilot Ted Vanderway (Michael Mosley), she’s running out of luck.

But don’t underestimate Ms. Ryan. “I made a new me. I took a lot of shortcuts, I told more than a few fibs, every time I got caught I moved on. Each close call was a stepping stone to something better. But this time there is nothing better. This is it. I can’t lose Pan Am.” She turns to Hanson to help her out, saying she can return the favor by revealing some critical information about someone he’s very close to. I have to respect the girl that does whatever she can to save herself, and Ginny deserves what she’s about to get. Too bad Dean’s stuck with another bad apple. Will he just go for Collette Valois (Karine Vanasse) already?

We don’t see much of the secret agent Kate Cameron (Kelli Garner) this episode. She gets closer with her beau Niko Lonza (Goran Visnjic) who’s going through his own troubles with his Yugoslavian loyalty. Apparently he’s next on the list to join the secret agency. It’s Kate’s job to convince him. And she thought she was just a courier! Clearly, she’s got way more on her plate than she can swallow. Can she do her job if she’s falling in love with this guy? 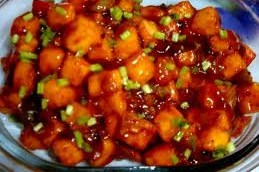