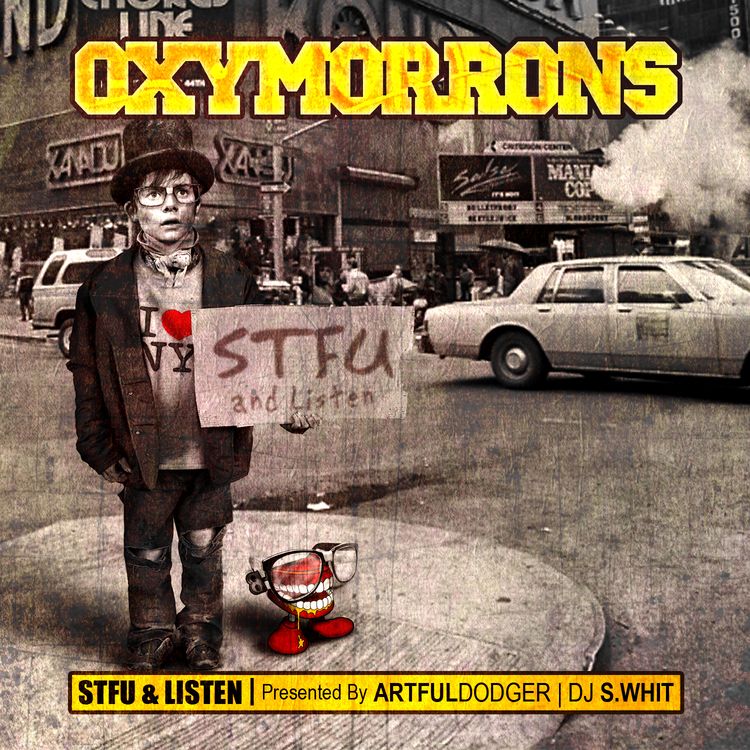 Alternative hip-hop band, The Oxymorrons, had a release party for their new mix tape, STFU & Listen, this past Friday at the Rocawear Showroom in Manhattan…and it was CRAZY!!  MTV’s Sway hosted the event and Game Rebellion performed an amazing opening act.

First of all, you may wonder, who are the Oxymorrons.  In their words:

“Imagine Run-DMC and the Beastie Boys had a musical love child, which was raised by Chuck Norris and went to school with Rob Zombie.  They are nothing like that. In a cookie cutter fad educed world of hip-hop, the Oxymorrons are breaking the mold on a daily basis. The dynamic duo of K.I and D create playful thought provoking melodies that define an era of hipster and cool nerds that aren’t afraid to embrace their inner ‘GEEK'”

And secondly, you may want to know who Game Rebellion is? Well, here is is:

“An all Black all outta Brooklyn band whose metal, punk and rudeboy skanking licks sound as credible and crunchy as their hiphop lyrics and headnodding bounce.”

If you’re into indie, alternative hip-hop sounds, both bands are definitely worth checking out.  There’s no sitting down when it comes to listening to these beats.  In fact, there was an all-out mosh pit going down inside the Rocawear Showroom (no, I didn’t participate, in case you were wondering!).

Right now, you can download the entire STFU & Listen album for free here!  And learn more about Game Rebellion at their website.

Highlights of the evening in photos: 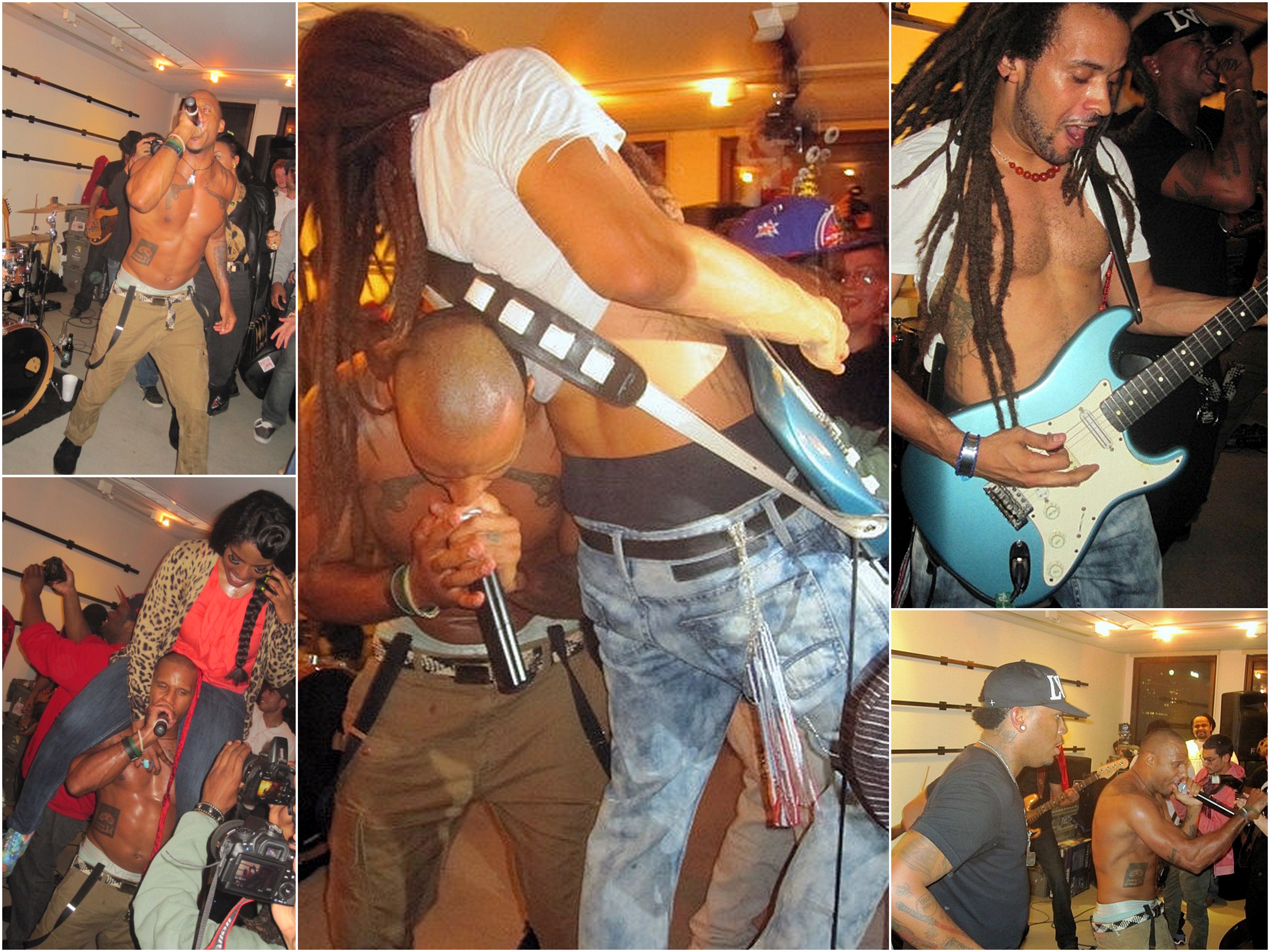 Did I mention it was crazy?? 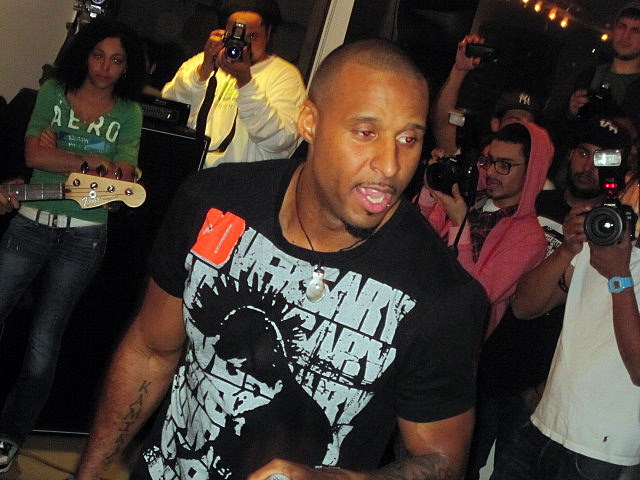 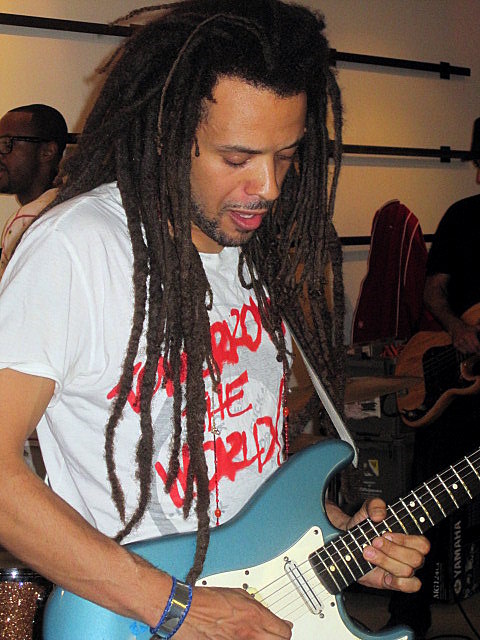 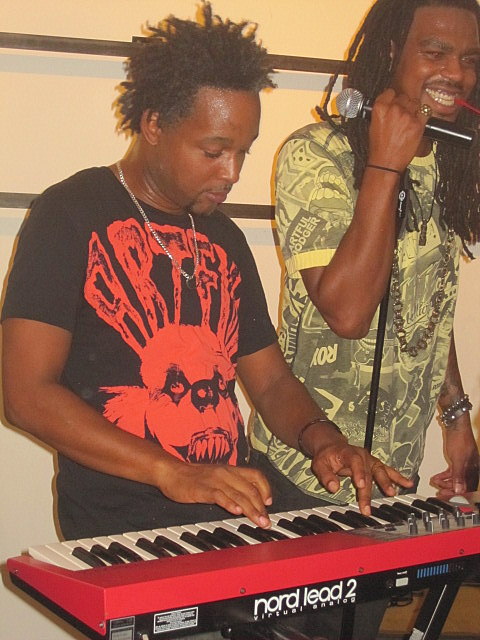 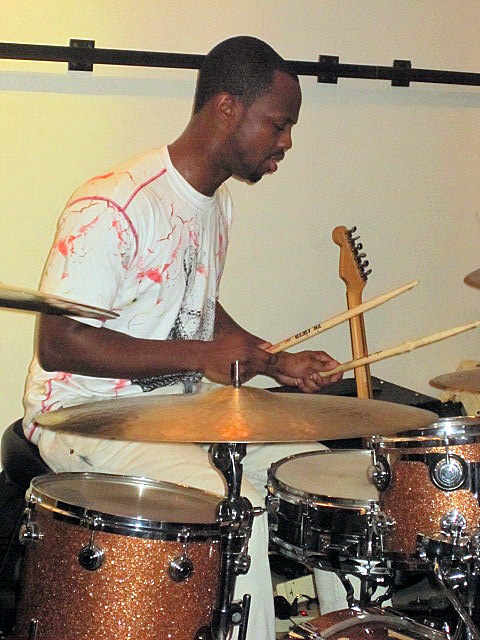 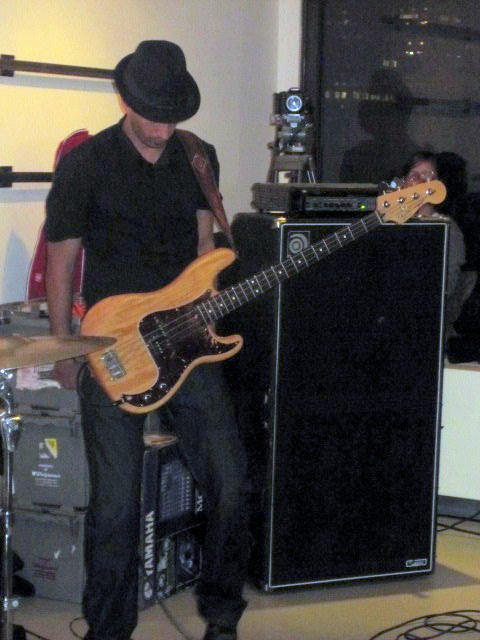 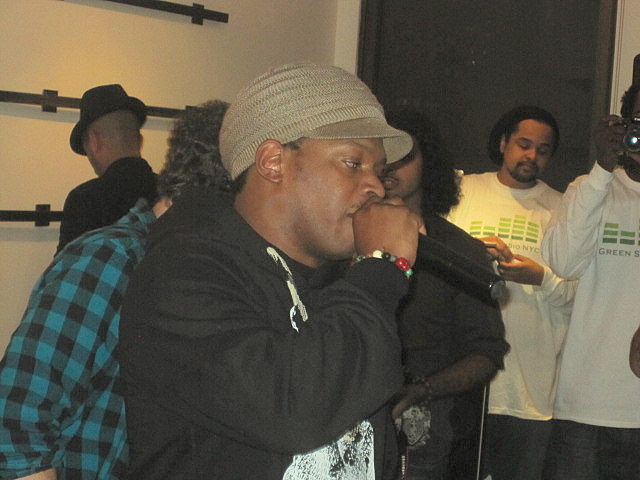 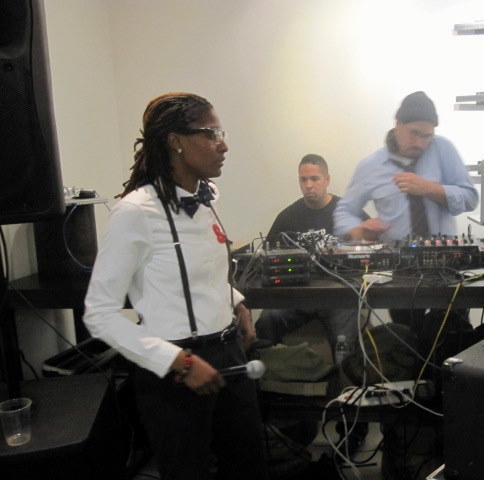 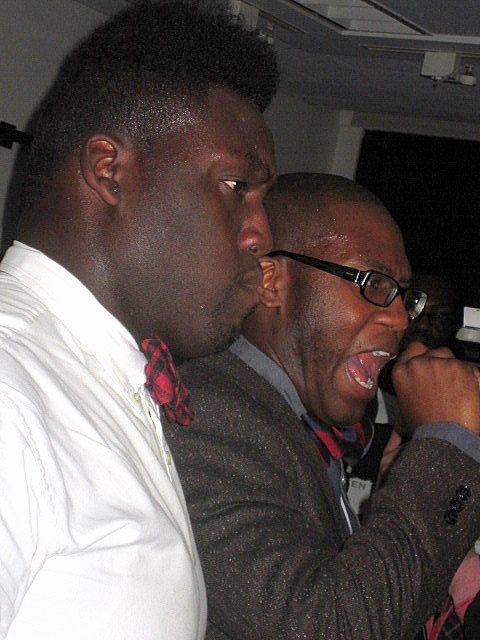 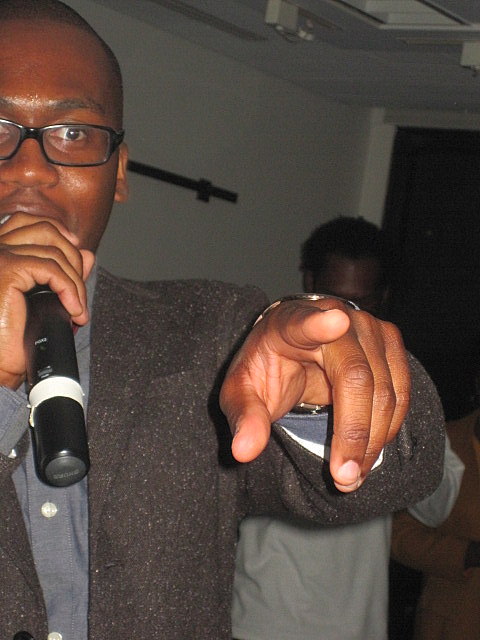 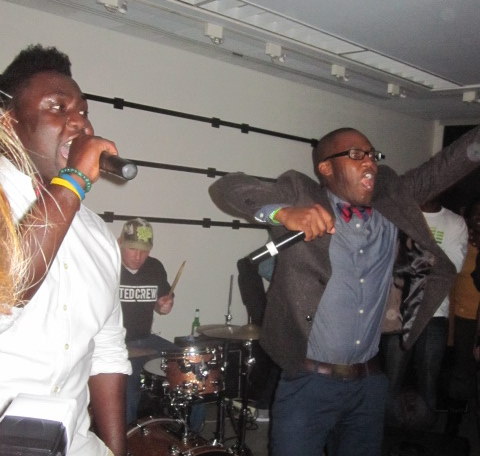 Are You Living The Way You Should