What’s better than pampering, rejuvenating, and beautifying your mind, body and soul? Doing so for a fraction of the cost, of course!! That’s why I love when Spa Week rolls around. It’s one of the only times you can shell out $50 for treatments that would normally run you $75-$500.

During Spa Week Fall 2011, October 10-16, over 800 spas and wellness centers in the U.S. and Toronto–with 184 in the NY metro area–will offer a barrage of spa treatments from yoga instruction to laser hair removal, for only $50 a pop.

Last night, the press got a Spa Week preview as well as some pampering of our own! Below are 5 unusual spa treatments being offered across the country: 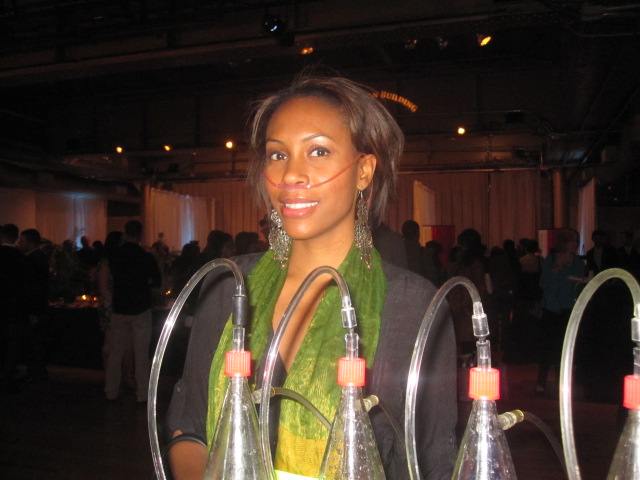 Getting a scented oxygen treatment 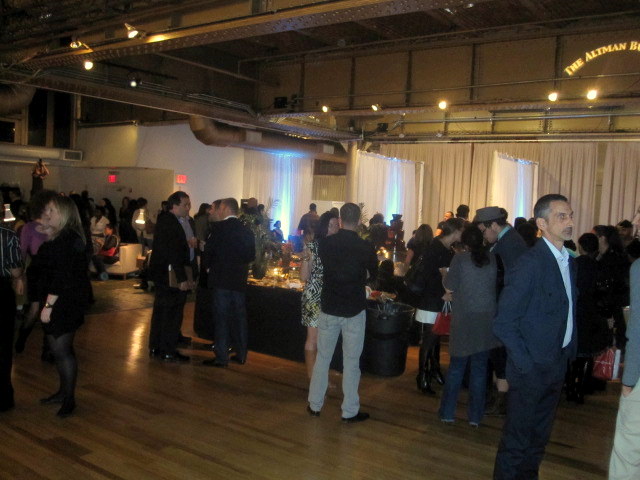 Book your treatment NOW at www.spaweek.com to insure you get the treatment(s) you want at your preferred location and time slot.

I wanted to create a sculpture almost anyone, regardless of their background, could look at and instantly recognize that it is about the idea of struggling to break free. This sculpture is about the struggle for achievement of freedom through the creative process.

Although for me, this feeling sprang from a particular personal situation, I was conscious that it was a universal desire with almost everyone; that need to escape from some situation – be it an internal struggle or an adversarial circumstance, and to be free from it.

Elements of the sculpture trade beside the tools that are cast into the sculpture are calipers both for their use in measuring and their reference to Protagoras’ words “Man is the measure of all things.”

Also cast into the sculpture is an anatomical man, traditionally used as a reference by sculptors. Many of the heads and figures on the wall, some in the round and some in relief, are shown partially sculpted, revealing the process of creation.

Something else I have done with the sculpture is that I have created a one man show of my work. I have always admired Rodin’s Gates of Hell. I similarly thought I would incorporate many sculptures into the wall where it was suitable.

Like T.S. Eliot and other artists, I have put many personal elements in my work. My friend Philip, a sculptor who died of AIDS, created a work that I included in Freedom because he often expressed his wish to have it in a public space. He did not live long enough to accomplish this himself. My cat, who lived with me for 20 years, my mother, father, and my self portrait are in the work. It is obvious which face is mine because there is a ballooned phrase coming from my mouth with the word “freedom”, written backwards, making it clear that the face was sculpted in a mirror. I see the whole Wall sculpture as a kind of illusion akin to Alice’s Through the Looking Glass.

The sculpture contains an original Duane Hanson — a bronze cast of my own hands that Duane cast for me as a gift.

Much of what I did with this sculpture has to do with taking traditional forms and combining them in non-traditional ways, forming a postmodern sensibility. For example, I dropped a wax cast of my father’s bust from two or three feet in height so that it broke into large pieces. I cast those into the wall in a fractured manner over another face, an old work I found in a vat of clay purchased from a sculptor who had long ago died.

It is important to me that the public interact with the sculpture, not just intellectually and emotionally but physically. I have created a space in which I have written “stand here” so that people can place themselves inside the sculpture and become part of the composition.

In the end, this sculpture is a statement about the artist’s attempt to free himself from the constraints of mortality through a long lasting creative form.