American Apparel is coming back to Toronto! 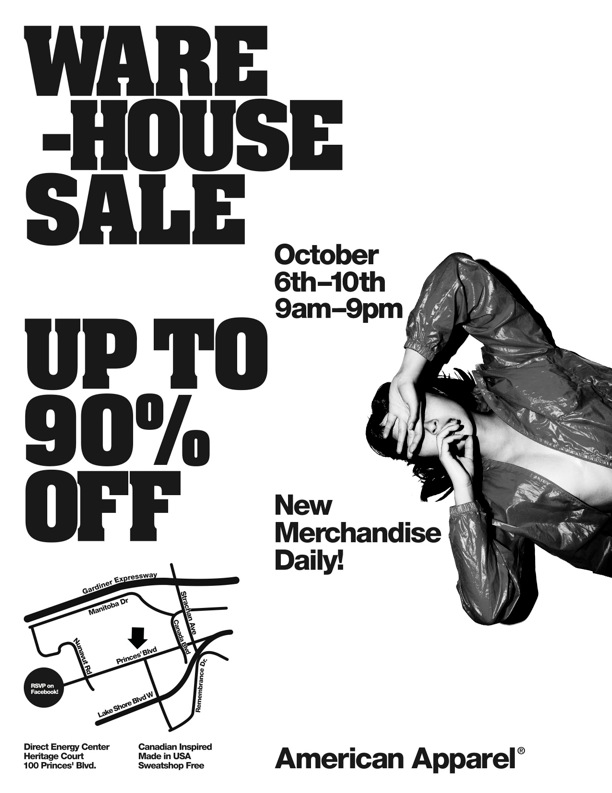 We’ll have thousands of American Apparel garments at up to 90% off. Last time we were in town our event was was attended by thousands of people who brought home bags and bags of great pieces at great prices. Inventory will be constantly replenished throughout the sale but get there early! RSVP to this event page to receive updates, tips, and be the first to know when new styles arrive!

**This venue has almost FIVE TIMES the space as our last event in 2009, so no need to worry about lineups this time around!**

Kurt Hummel (Chris Colfer) knows he’s losing the part of Tony to his panty-dropping boyfriend Blaine Anderson (Darren Criss), so he’s set on becoming school president and completely taking-in his special unicorn-ness. Too bad Brittany Pierce (Heather Morris) is running against him in the attempt to be the first female president. Don’t underestimate a woman that knows how to move. She kills it with Beyonce’s Run The World in a cheer-leader outfit. Can this be any hotter? 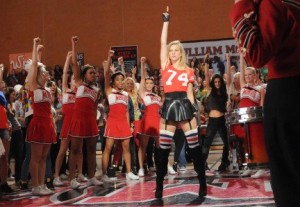 Moreover, we finally get to hear Mike Chang (Harry Shum Jr.) sing! He got an A- on his last Chemistry test and his dad is getting involved, saying the this is equivalent to an F in Asian terms and that his son must be doing drugs or getting distracted with his girlfriend Tina Cohen-Chang (Jenna Ushkowitz). After watching Quinn Fabray’s  (Dianna Agron) pink hair situation, we’re glad Mike stays true to himself.

We also get to meet Emma’s parents. Will Schuester (Matthew Morrison) decides to invite Emma’s ‘ginger supremist’ parents to dinner in an attempt to show that he’s marriage material. Too bad the real reason Emma was avoiding this was because she was embarrassed of her parents. If my parents called me ‘freaky-deaky’ for being OCD I’d resent them too!

Mercedes Jones (Amber Riley), on the other hand, is about to fall out of the group. She’s not participating in the Booty Camp dance lessons and she’s got some real beef with Rachel. (Weird that she’s starting to act like this over the new influence of her boyfriend). In a way, Rachel Barry (Lea Michele) deserves what she’s getting when Mercedes decides to go full throttle for the role of Maria in the school play. “You know what Rachel, hug me after I get the part.” They have a face-off as they always do, and Rachel admits to Finn that Mercedes was better. Regardless, the judges call it a tie and want to split the role. Mercedes won’t share the spotlight this time and walks out of New Directions for good.

Your favorite earth-conscious and cause driven shoe brand is branching out!  They are getting their pretty pirouette on with brand new ballet flats!

These come out Spring 2012.  Would you wear them? Do you have Toms?

I tried the Brown Sugar Body Polish ($65-14.1 oz, $38-7oz) and fell in love!  It’s an all-natural exfoliant with real brown sugar crystals that dissolve as they buff away dry skin. The blend of precious oils leave your skin unbelievably soft.  And the smell…it’s as decadent as the name suggests. 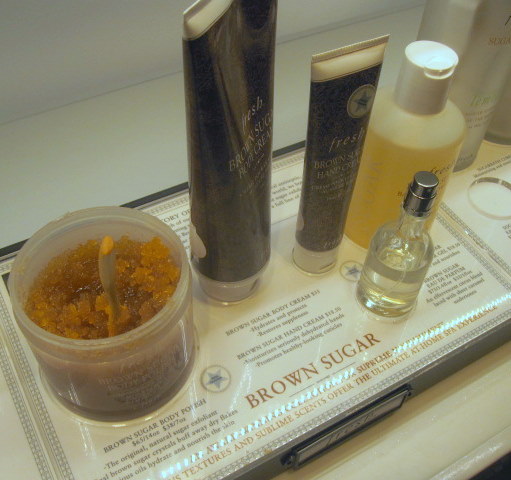 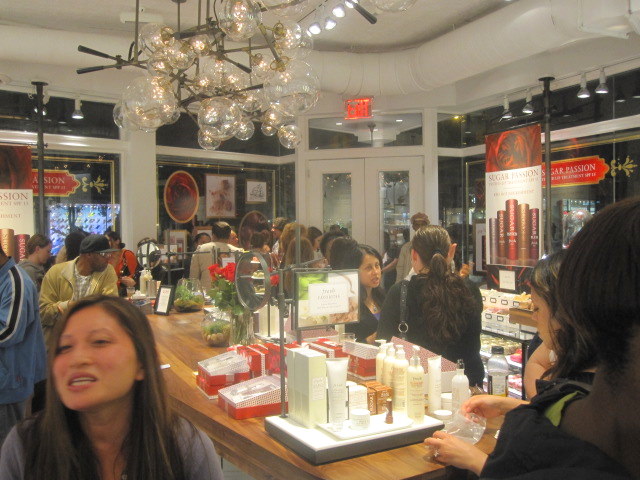 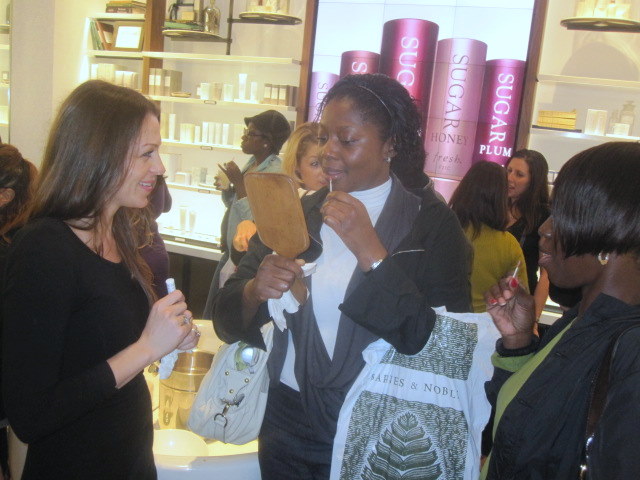 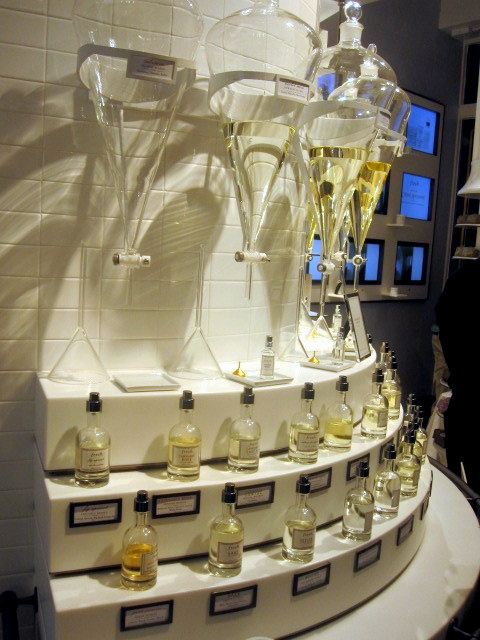 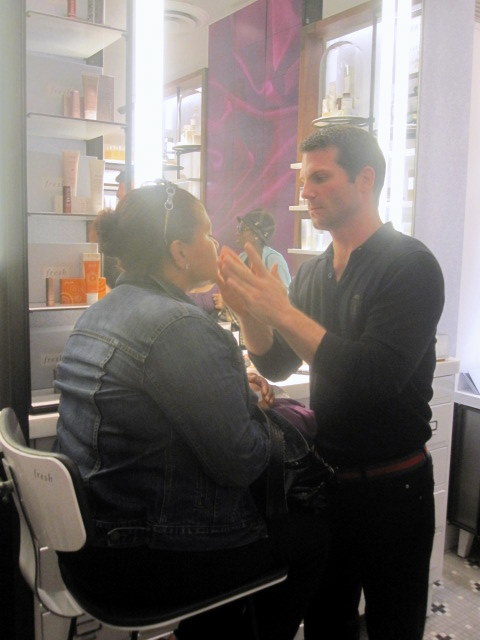 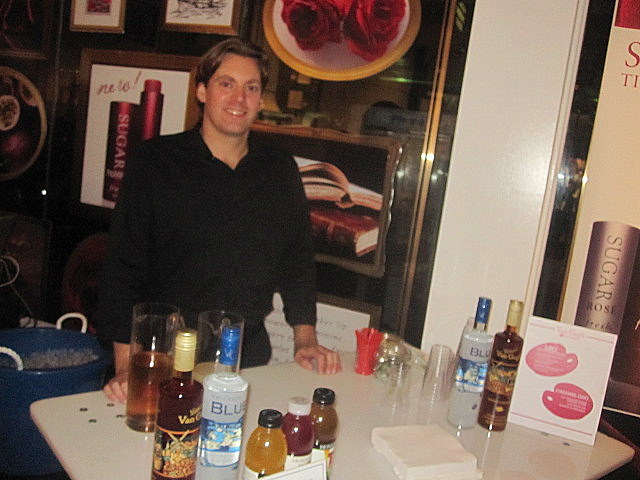 This guy is hot and he knows it. He is so use to girls being basic and predictable. The way to his heart is to tiptoe that fine line between hot and cool. He can handle the spicy you but you can also play it cool. Ready to tango? Here is what to wear on a date with Mr Big Pony #2.

Big Pony Collection #2
This sexy mix brings together dark chocolate and musk—a bold combination for the ladies’ man who can’t help it if he attracts a crowd. As this spicy and seductive fragrance unfolds, the challenge of love is transformed into undeniable attraction.

Do you know a guy like that?  Who is he! Tweet me @HeyDoYou to win Big Pony #2