Tonight’s episode is really juicy. Not only do we know for sure that Blair is pregnant, we also learn that Blair’s unsure about the baby daddy.  Dan Humphrey (Penn Badgley) goes to Chuck Bass (Ed Westwick) for help on finding Vanessa’s publisher and the two continue their little feud over Blair. Dan might have got the last kiss, but Chuck went all the way. No wonder he’s in so much pain these days. In fact, he’s in so much pain he can’t feel anything anymore. Poor Chuck! “Is being dead that much worse than being nothing?” As much as I desperately want to see Chuck and Blair back together, I have a feeling Dan has a better chance. Prince Louis, on the other hand, is totally in the dark (as usual). 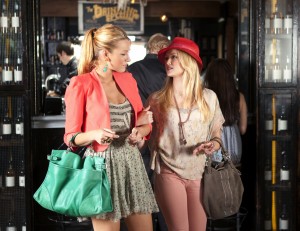 Serena Van Der Woodsen (Blake Lively) won’t let her cousin Charlie (Kaylee DeFer) out of her sight while she’s in LA. She decides she wants to be roommates and puts a down payment on a new apartment for the two of them. It looks like Charlie’s returning to the Upper East Side. She says good-bye to LA, her boyfriend Max and her life as Ivy, for good.

Nate Archibald (Chase Crawford) continues with his random obsession over the girl from LA that wants an interview with his mom. We still don’t know much behind all of that and it really isn’t all that interesting to begin with. As if he hasn’t had enough trouble with random unwelcome strangers entering his bedroom (think Juliet Sharp (Katie Cassidy) from season 4 that’s really only looking to get even with Serena).

Prince Louis’ sister Beatrice (Roxane Mesquida) comes to town trying to dig out some dirt on Blair. She’s convinced Blair is bulimic, which is something she’s battled with before. Dan and Louis don’t think much of it, but want to help her. In an obvious hormonal imbalance, Blair yells, “I don’t need help. I’m not bulimic, I’m pregnant!” What’s weird is Beatrice doesn’t reveal this to Louis. Who would have thought she’d be hooking up with the pastor preparing for a way bigger scandal all to prove to her mother that she’s the better choice for the throne of Monaco.

The episode closes with Blair visiting Dan again for moral support. Worried about losing everything, the fantastic man that just happens to be a prince, Dan says, “You’ll still have me.” Can they just get married already?

Check this out: Nancy Sinatra

Check this out: Lana Del Rey aka Gangsta Nancy Sinatra

How to get her look:

Be Your Own Kind Of Beautiful II | Wall Decals – Trading Phrases
$30 – tradingphrases.com

As the best dressed rapper in the game it is no surprise that Kanye would eventually come out with his own clothing line. After sneaker collaborations with Nike and Louis Vuitton, Kanye is evolving from “Kanye West the rapper” to “Kanye West the brand”. Unlike other rappers turned designers, Kanye has a strong presence in the fashion world and has affiliated himself with influential designers like Marc Jacobs and Karl Lagerfeld. 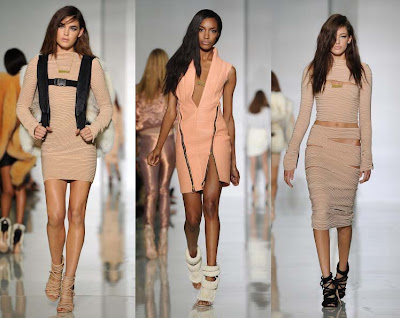 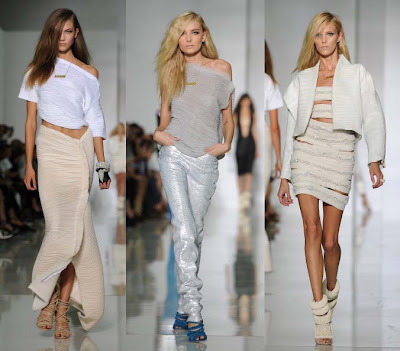 Read the rest on http://ilovewhatwomenwant.com/

I’ve first got to say that the scene with the dome peeling back gave me chills! If you’re from Toronto, you know that when the roof peels back, it means forecasts of good weather. Days are looking good for Toronto’s own – man of magic – Drizzy; with the album set to release on his birthday October 24th, the social lines have been going insane! And like the symbolism of the CN elevator, with the drop of this video, there’s no where to go but up from here. Kudos to the whole ovoXO team, your city’s never been so proud! They Know!

Being a woman, makes us superheroes by default. I love this fragrance, one spritz and suddenly I’m full of energy and ready to take on the world! Plus it smells so good and so fresh! 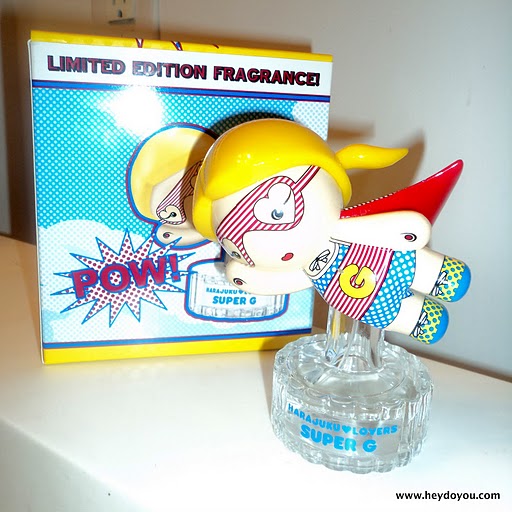 “Have no fear, Super G is here! A true superhero, she stops crimes against fashion without getting a hair out of place!”

Harajuku Lovers never disappoints, so I wasn’t surprised that this fragrance made it onto my list of favorites!