The Drive Movie 2011 brief: Danish director Nicolas Winding Refn (BRONSON, THE PUSHER trilogy, VALHALLA RISING) throttles into the Hollywood fast lane with precision-crafted crime caper Drive. Ryan Gosling stars as a Los Angeles wheelman for hire, stunt driving for movie productions by day and steering getaway vehicles for criminal operations by night. A loner by nature, Driver can’t help falling in love with his beautiful but vulnerable neighbor Irene (Carey Mulligan), a young mother dragged into a dangerous criminal underworld by the return of ex-convict husband Standard (Oscar Isaac). After a heist operation, intended to help Standard pay off protection money, spins out of control, Driver finds himself driving defense for the girl he loves, tailgated by a syndicate of deadly serious criminals (Albert Brooks and Ron Perlman). When the gangsters reveal that they’re after more than the bag of money in his trunk—that they’re coming straight for Irene and her son—Driver is forced to shift gears and go on the offense. DRIVE was written by Hossein Amini, adapted from a book by James Sallis, and produced by Marc Platt, Gigi Pritzker, Michel Litvak, Adam Siegel and John Palermo; executive producers are David Lancaster, Gary Michael Walters, Bill Lischak and Linda McDonough.

What did I think? I think this movie definitely made you feel something. That ‘something’ is tension, nervousness and true empathy for each character. Maybe Gosling’s character was in the marines or the army in his previous life? That could explain his oddly quiet nature and finesse with weapons. What do you think?

We gave you the news that Obsessive Compulsive Cosmetics was opening their flagship store in the Lower East Side last week.  I attended the grand opening and wanted to give you a peek… 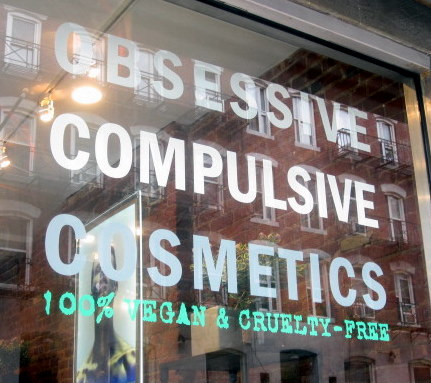 Of course, it’s best that you get down there yourself to check out this 100% vegan line.

This was my first time experiencing OCC and I was impressed by their wide range of bold colors and the professional quality of the makeup.  I’m currently sporting a mani in Strumpet Nail Lacquer ($8), a retro plum-red with a satin finish, and rocking Lip Tar ($13) in Pretty Boy, a rich, saturated fuschia.  A little goes a long way with these products.  One coat gave me a rich, professional manicure and just a dab of the Lip Tar was all I needed for the entire night! 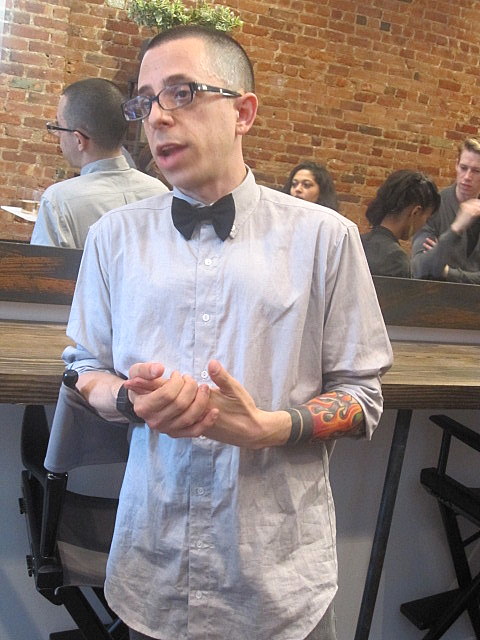 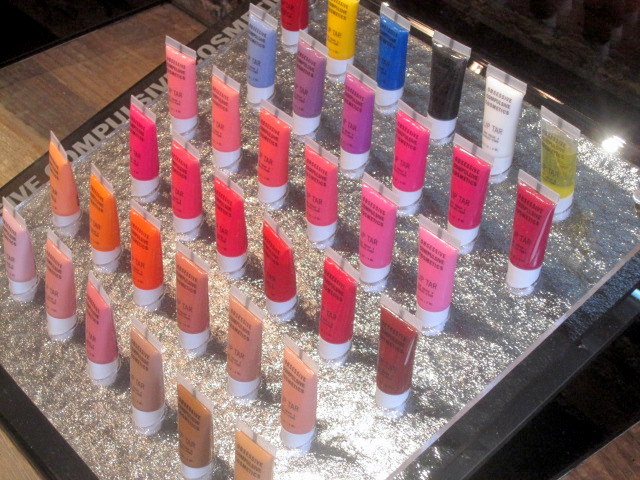 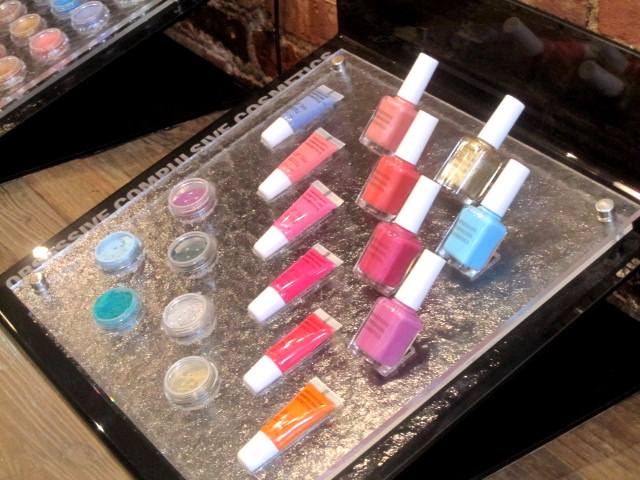 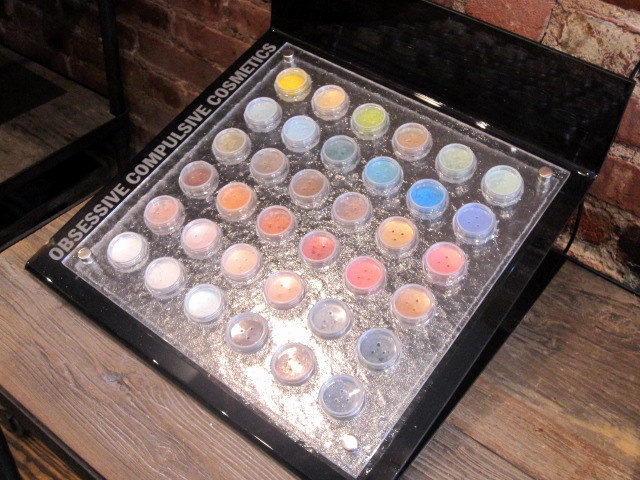 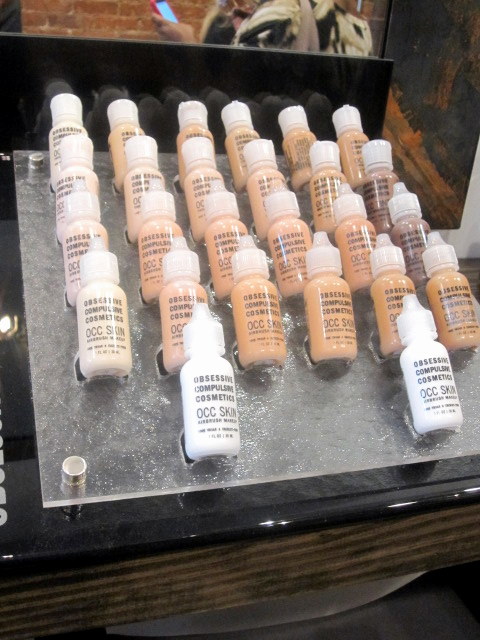 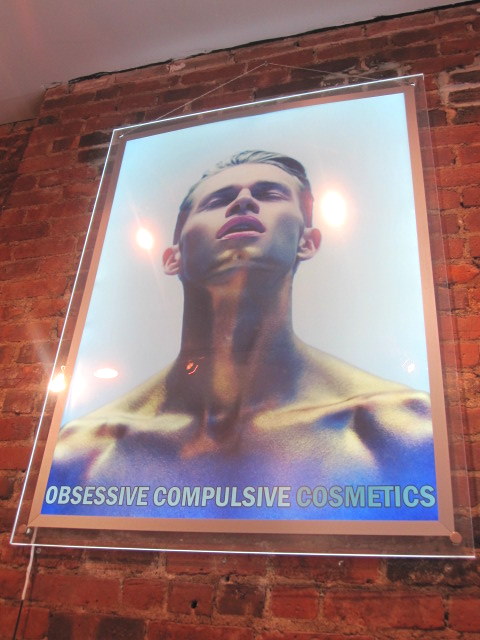 In honor of Breast Cancer Awareness Month, The Look Pro, a new professional makeup line by E! Entertainment Television’s founder, Alan Mruvka, will donate $1 to the Foundation for Living with Beauty for every Lip Plumper sold during the month of October as part of the Real Women Wear Pink Campaign. 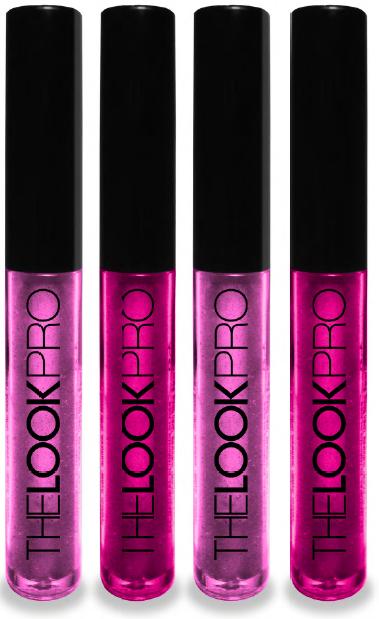 Lip Plumper is all-natural, Paraben-free, with moisturizers for glossiness and Niacin (Vitamin-B) for plumping power.

Purchase online at TheLookStore.com ($13.50 each)

The Look Pro provides and extensive line of highly pigmented, vibrant, and long-lasting colors ranging from eyeshadows, lipsticks, and lipglosses, foundations and more.