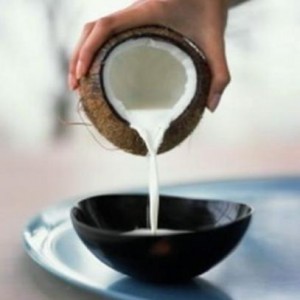 It’s official, I’m coo coo for coconuts!! As an island girl, there was nothing better than sitting under a palm tree in Haiti on a breezy summer day taking a long satisfying sip of cool coconut water straight out of the coconut. As an adult, it became just as satisfying out of the bottle after a long workout. Coconut macaroons, coconut cake, coconut lotion, coconut body splash, coconut hair pomade, and now my new obsession: Coconut Oil. I’ve always had a thing for natural oils, but to find out how many uses I can get out of my coconut oil has not only saved me TONS of money, but its also rescued my skin, hair, and health. For my recent trip to Punta Cana in DR, I did some research on sunscreen. I’ve never like the idea of sunblock, but as a woman of color, its important that I try to protect my skin as much as possible, so I looked for natural forms of protection. I’ll be honest, I underestimated the coconut versus the hot Dominican sun, but not only did the coconut protect my skin, but it gave me such an amazing glow afterward. I came back to Miami, bronzed and beautiful! I even made sure to buy a bottle of oil directly from the local farmer’s market in Punta Cana. Now I refuse to be caught on South Beach without my coconut oil. 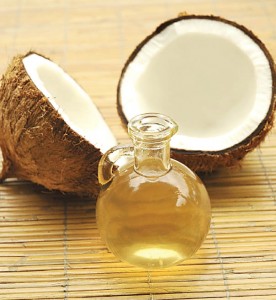 Coconut Oil can be used as an in-shower and after-shower moisturizer, keeping skin nice and supple. It can also be used to remove mascara, eye shadow and blush. Just rub a little on your face, wipe off excess with a paper towel or cloth and then wash face regularly. You can put it on again after washing your face, as it’s also known to heal scars and minimize active acne. EVCO has anti-bacterial, anti-fungal, and anti-viral effects. Taken internally it strengthens the immune system, increases metabolism, and is a supplement source. Using coconut oil as a weekly conditioner adds shine to your hair and diminishes dandruff. Can you see why I’m coo coo for coconuts?!? Lol, its like my own Superman in a can 🙂 Feel free to come up with your own uses for coconut oil. I’m sure it’ll be a winner!