I asked my friend on Skype what she thought of this trend and her reply was.. what?  So I must post on it.

A pussybow – meow! It is romantic and consist of a high neck with a big silky bow. I love it. But as you know, I BEEN rocking it since like ’07 lol.

What do you think? Let’s do it big for fall!

Last night Yvonne and I attended the Wax Poetics Records Showcase presented by Skullcandy, a monthly showcase teaming renowned DJs and Wax Poetics recording artists.  Last night’s show, held at Le Poisson Rouge, featured one of my favorite artists of all times, Erykah Badu aka DJ Lo Down Loretta Brown, and Adrian Younge and his new band, Venice Dawn.  Clearly Erykah and Adrian have tons of fans in NYC because at 10:30pm, 30 minutes before the doors opened, the line was 3 people wide all the way around the block–wow!

The show kicked off with local DJs warming up the room…. 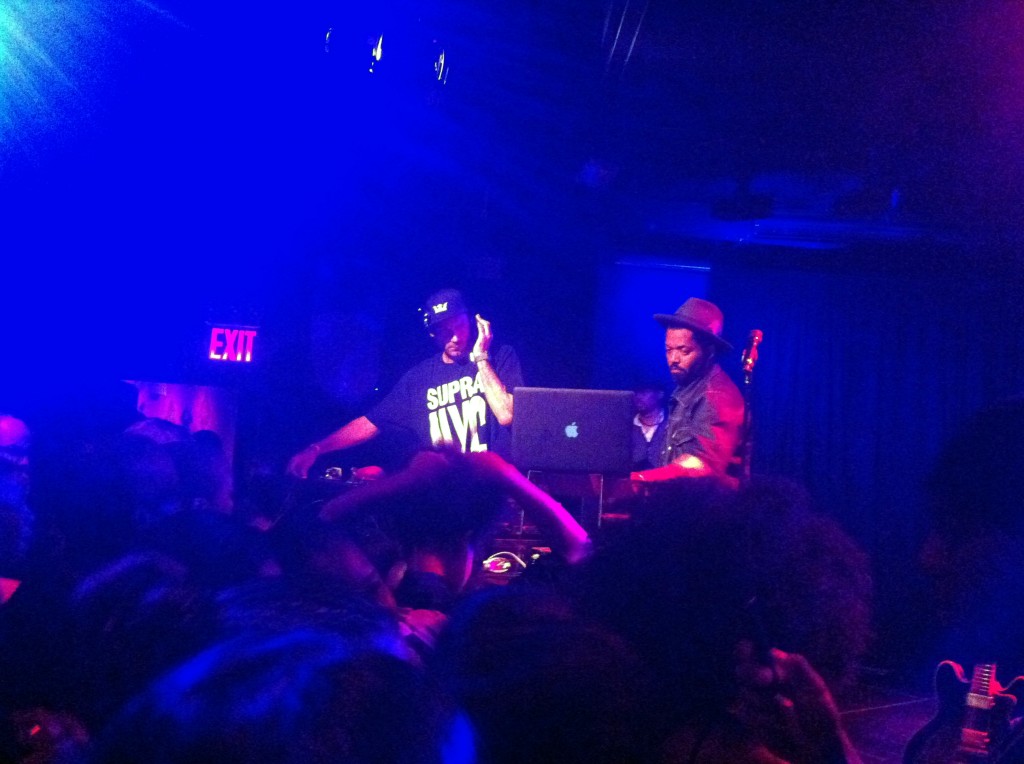 Then came Adrian Younge and Venice Dawn.  And wow, they blew me away!  Their energy was crazy.  They jumped on stage with their grey retro suits and killed it with a fierce performance from beginning to end.  Their style is an eclectic fusion of psychedelic soul, rock, and funk, utilizing a variety of instruments from the flute to a keyboard called a Selene!  The band will release a new album, Something About April, this fall through Wax Poetics Records and I can’t wait for it! 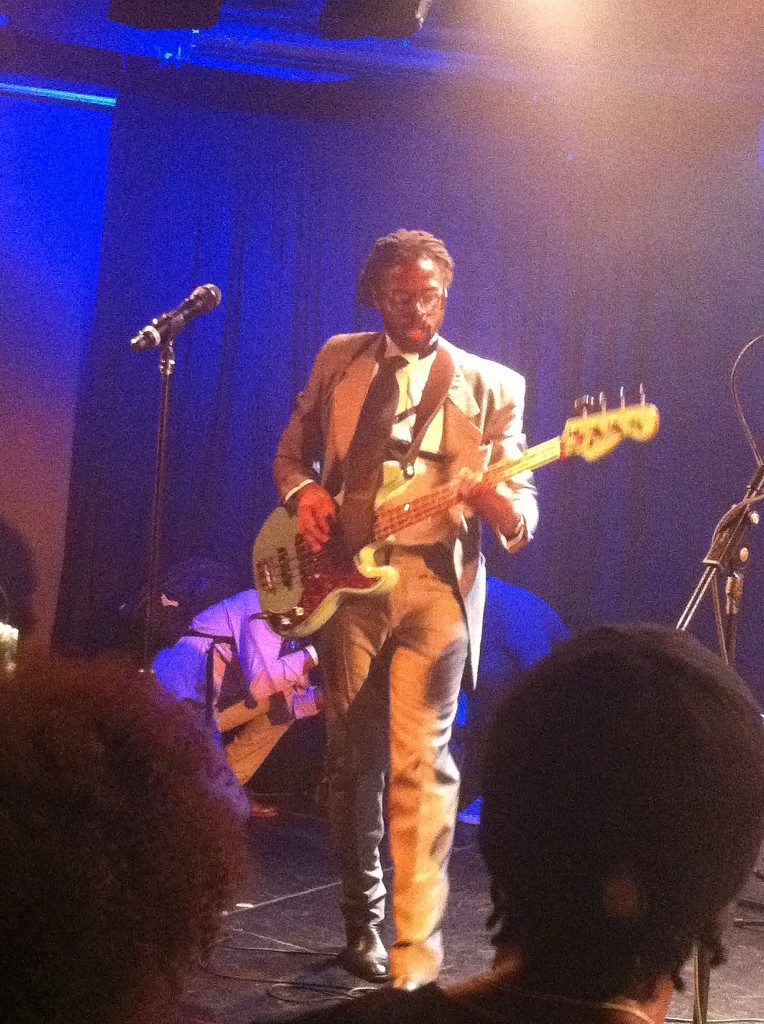 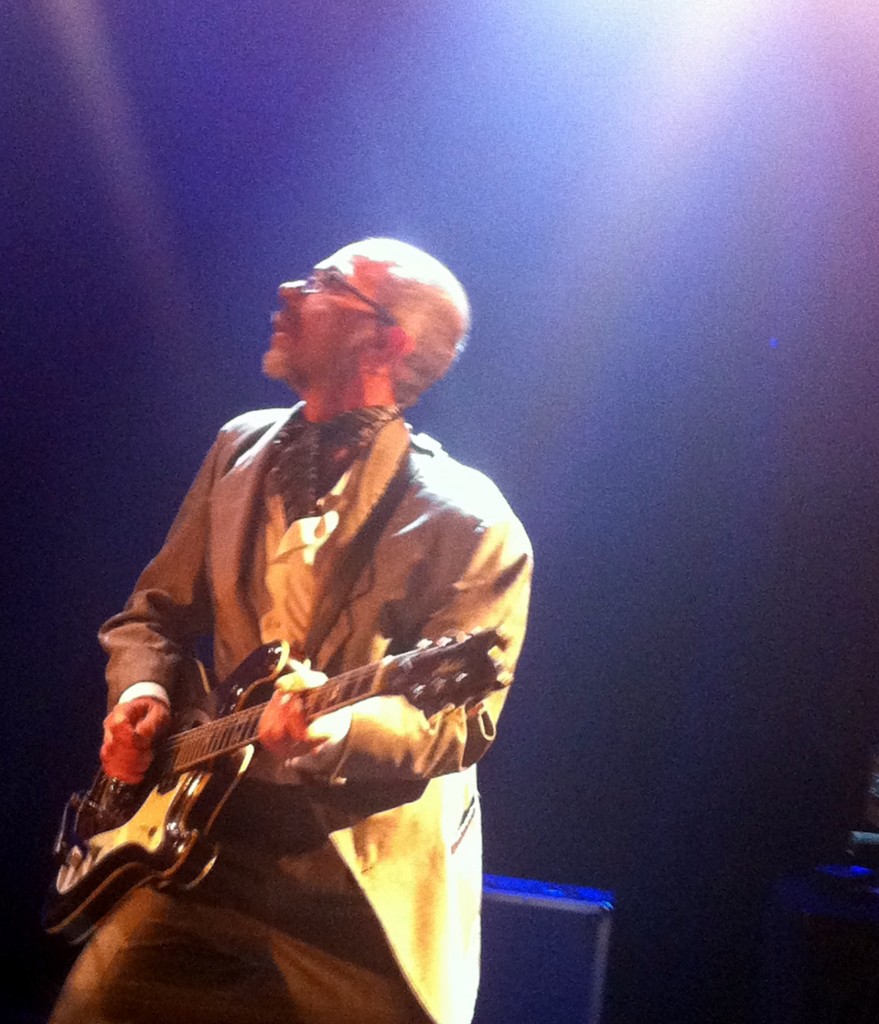 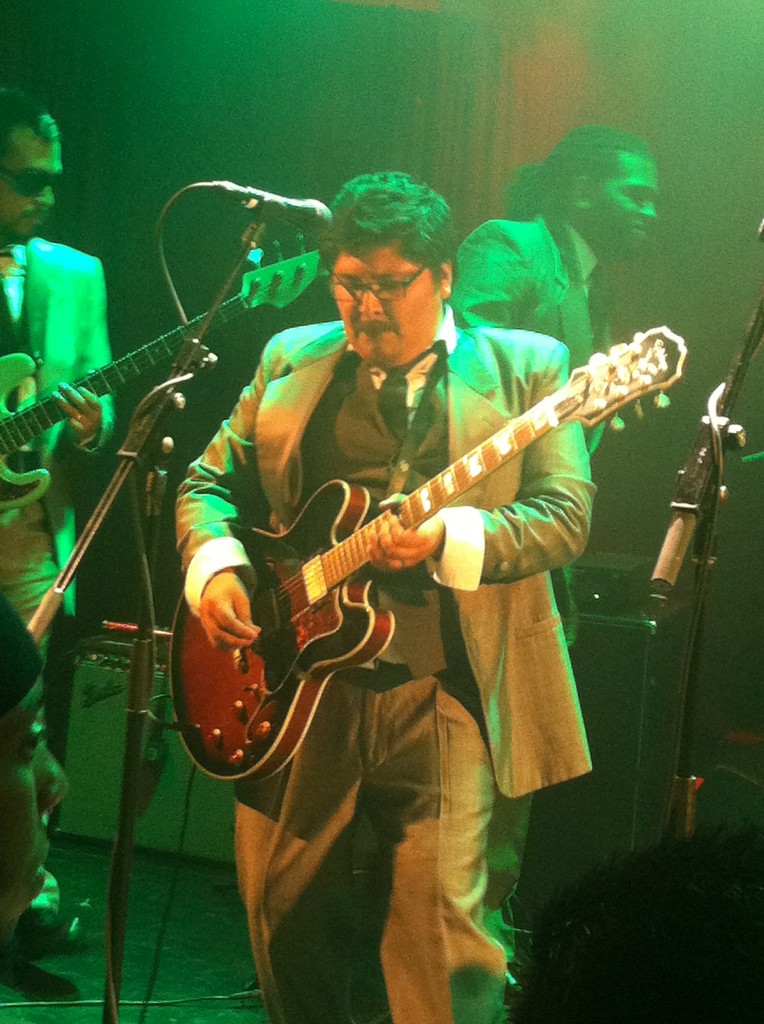 For the finale, Erykah Badu appeared as her alter ego, Lo Down Loretta Brown, tearing up the 1s and 2s.  I would have loved to hear that voice of hers, but it was cool seeing her do her DJ thing! 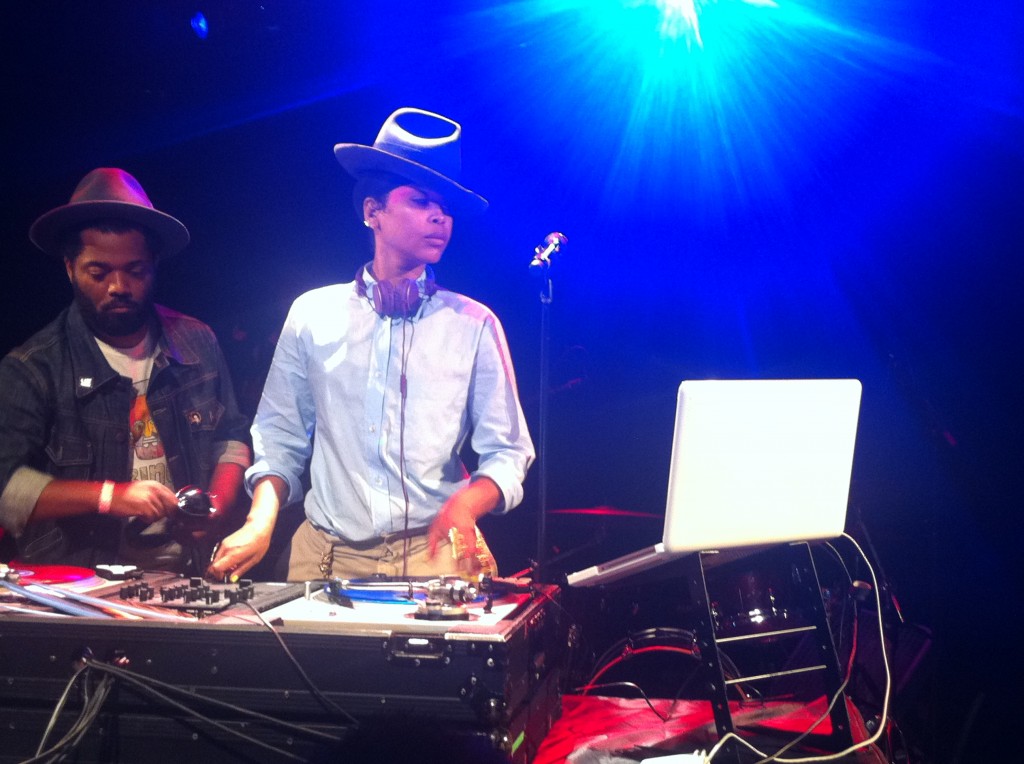 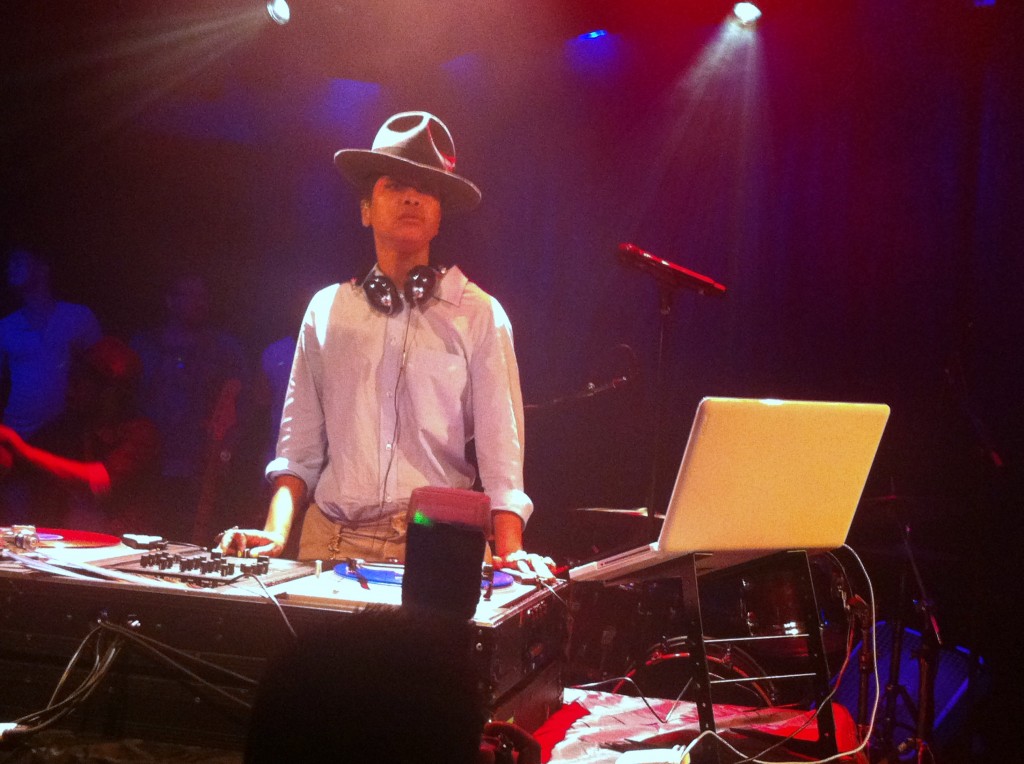 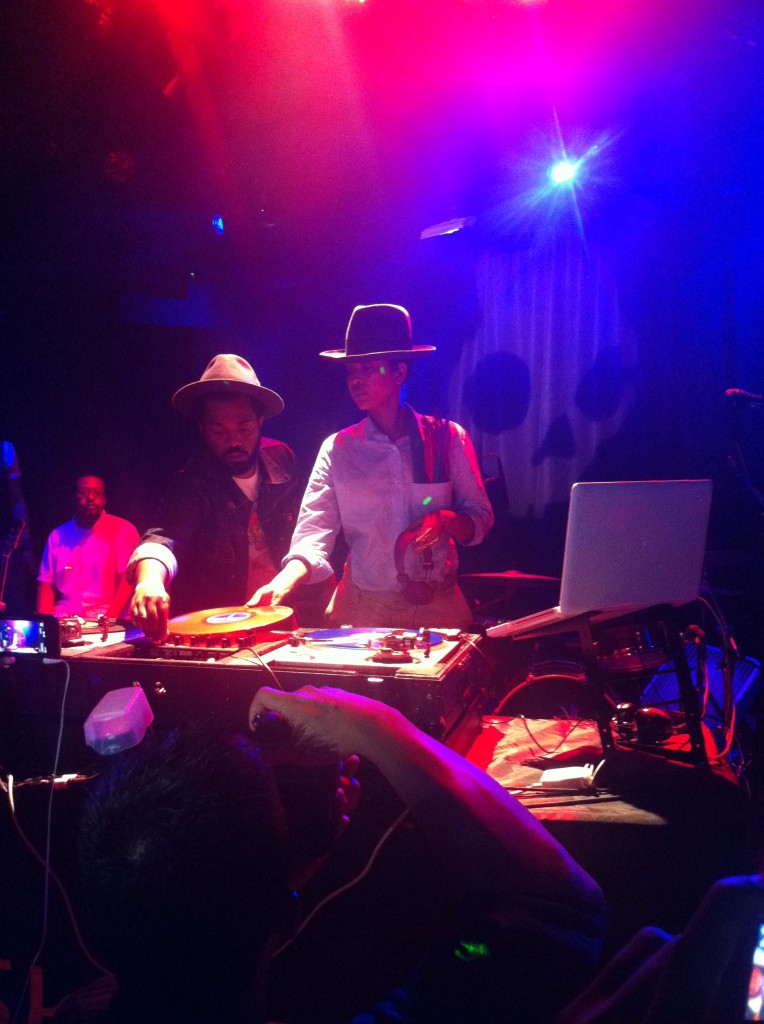 Check out video of Erykah Badu in action. (P.S. I love the rings she had on!!)

Thanks to Wax Poetics and Skullcandy for a great event!