I read magazines all the time. I’m constantly reading, researching and just looking at pictures. When I’m done reading these magazines I don’t really have any space for them, so I decided to get inspired. Everyone needs a little motivation and inspiration to get going. I’ve recently decided to create an inspiration board to keep me inspired and to keep my creative thoughts flowing. This inspiration board is to keep all my ideas together plus, it was a super fun and cheap way to redecorate your place. You can include anything and everything on these boards and make it as big or small as you want. So get creative this weekend, rip out some magazine pages, and cut some photos. Add some starfish like me or, or just keep it super simple (I’m just a simple girl with a love for starfish  and pink, apparently). 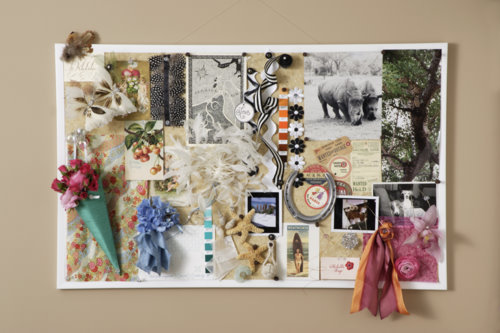 It happens all the time. We break up, then we make up. We’re not surprised that Jennifer Lopez and Marc Anthony at the Hamptons just weeks after declaring divorce only weeks ago. For ages, we’ve been on this on again, off again rollercoaster that we can’t get off of, unless you’re not afraid to jump. Are we forever connected to our exes? Here are some reasons as to why we can’t help running back. 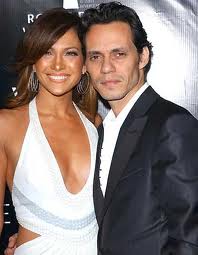 1. You’re comfortable with what you already know. Apparently, we don’t like to stray too far from home, literally. Dr. Karyl McBride, author of Will I Ever Be Good Enough: Healing The Daughters of Narcissistic Mothers, believes that people choose certain love partners to try to master trauma from childhood. She argues that we “tend to choose people who are similar to our parents because we’re attracted to the familiar.” It’s really difficult to start fresh and re-establish everything you worked so hard to develop. Would you throw it all away that easily? Dr. Sherrie Bourg Carter, author of High Octane Women, runs with this idea saying, “We all are very much creatures of habit and we get accustomed to our routines, what we feel comfortable with, kind of like an old pair of shoes.” It may not be perfect, but if the shoe fits…

2. You’re lonely. Okay, dating is scary and unbearably awkward. Sometimes it’s easier to just run back to safety. Author of Hot Monogamy and The Truth About Love, Pat Love, Ed.D, says, “When we’re unhappy with your life, there’s a natural tendency to go back to square one and remember the last time you were happy in your life.” This comes back to the idea of wanting to be with something you’re used to. On top of that, it’s so much easier to get what you want with someone who knows what you want in the long run. You can have your fun while dating with the enticing phone calls, spicy sex life and lavish dinners, but you’re going home alone. What would you rather have? 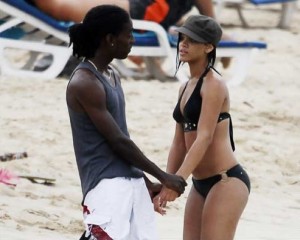 3. You’ve changed. Maybe it was the right person, just the wrong time. Could it still work, later down the road? Dr. Carter argues, “A couple may have a very strong chance of making it if the reasons they split up were situational.” This is suggesting it was a break-up due to things out of your control. Just don’t expect any huge changes on a person’s character. But just like we can’t change someone’s personality, we might not be able to change the way we feel about someone. Recently, Rihanna‘s reportedly hooking up with first boyfriend from 2006, Negus Sealy. Could we be forever attached to that ‘first love?’ Beverly Hills sports psychology counselor, Carla Lundblade says, “It has to do with the fact that they were together when they were younger during times that they were beginning to decide what work for them in relationships.” If you’re ready to try it again, you’ll have a better chance with someone you’ve already connected with in the past. It’s not necessarily a step backwards if you’re on a different mind-set.

4. You realize what you missed. This is my favorite. The grass isn’t greener on the other side, after all! Apparently, Scarlett Johansson has been trying to get back with her ex, Ryan Reynolds. “Scarlett had been asking Ryan to meet since the first week of June,” says the insider in Star Magazine. With the recent disaster with Sean Penn, she wants to go back home (and we can’t blame her for wanting more of that sexy monster). But it looks like there’s a deeper foundation behind the ‘don’t know what you’ve got until it’s gone’ situation. Dr. Paul Zak, neuroscientist and professor at Claremont Graduate University in Southern California, says, “There is literally a craving chemical in the brain, like an addiction to be with someone.” On another note, maybe it’s completely out of your control. Likewise, Carla Lundblade recalls an idea called ‘frustration attachment’ — the notion that love stimulates the dopamine neuron, so when someone is trying to break up with someone, the desire for that dopamine and neurons to be stimulated actually increases. Now that’s something new! There’s actually a physical pull bringing you back and here you are making a fool of yourself over and over again. You’ve officially been warned. 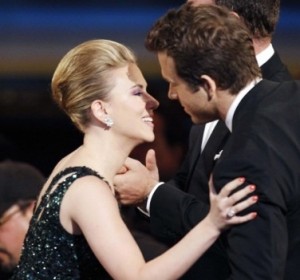 5. You really want it to work out. Maybe there are social and cultural issues surrounding your relationship to the fact that it’d actually be better off if you two stuck it out. Dr. McBride suggests, “We kind of live in a narcissistic culture where it’s all about how it looks like, rather than who you really are.” She describes this superficial aspect of relationships as the ‘legacy of distorted love,’ based on either what I can do for you or what you can do for me. We all set our own standards for our relationships, and certain issues are out of our own hands. But we can control the level of our commitment and determination for a relationship to function, especially if it’s worked out at some time in the past. More often than not, couples that come back together, stay together. Dr. Carter says, “If people want to do something badly enough, and they want to make something work badly enough, they will make it work.”

The Get By are 2 emcees and 1 DJ based in Toronto.  Their goal is bring hip-hop to the point where people aren’t mainstream or underground. To create timeless music that is honest, soulful and represents who they are and who they want to be. To give people who demand more out of hip hop something to connect with. As the group works on their debut group effort, 2010 has already been shaping into a good year. With videos, touring and an album all on the horizon everyone is soon to discover what The Get By is all about. Fresh as a new shirt and cooler then the other side of the pillow. 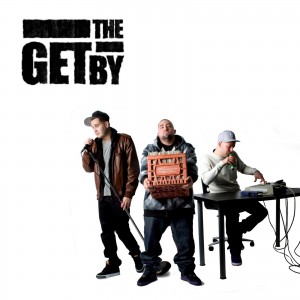 The Get By is all of us.