It is the New York International Gift Fair Aug 13-18th. I am so excited!  Make sure you go to booth #7823 to see Blissliving Home.

Our back to school giveaway includes

To win, tweet @heydoyou [do you remember your 3rd grade teacher’s name?] 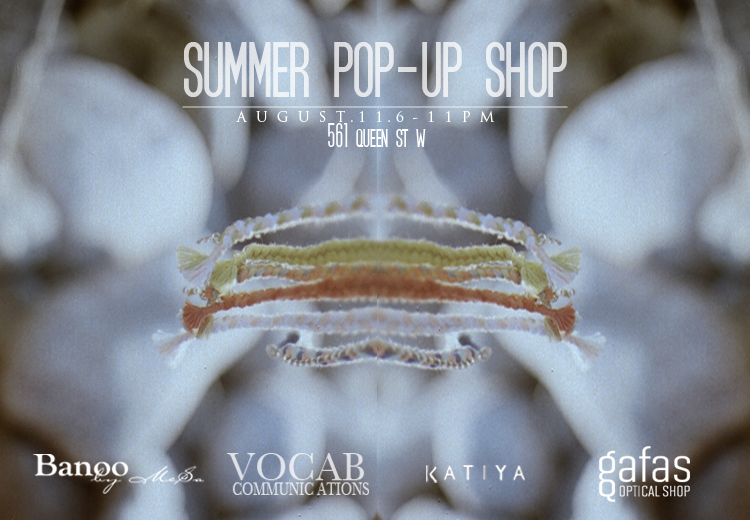 Fashion, Beauty & Style come together this Thursday evening for the Summer Pop Up Shop, presented by Banoo by MeSa, KATIYA, Gafas’ Eyewear Boutique and proud sponsor, Vitamin Water. Trendy Queen West (Toronto) will be lit with excitement as fashion gurus and muses alike come out to see what the designers have in store. Approaching the first ever pop shop for headpiece design team Banoo by MeSa, excitement is almost overwhelming as they anticipate public preview of a collection that promises a diverse range of beautifully bold and noticeably elegant statement pieces for the lady who’s ‘got it. After immense travel in a world of design, Toronto designer Katiya Babakhani, presents her lastest & limited installment to the KATIYA jewellery collection. And what better house to showcase Canadian fashion accessories but the raging vintage eyeglass & sunglass boutique, Gafas’? Where pieces have been influenced, handmade & selected by artisans for your accessibility to the most stunningly unique and original vintage eyewear in the nation.

Putting aside that I have made numerous appearances while suited in my own selects from these incredible designers I will, without bias, say that this is a NOT-TO-MISS fashion event of the summer… shop, shoot and share at the Summer Pop Up Shop. Check info below, see you there 😉 xo. 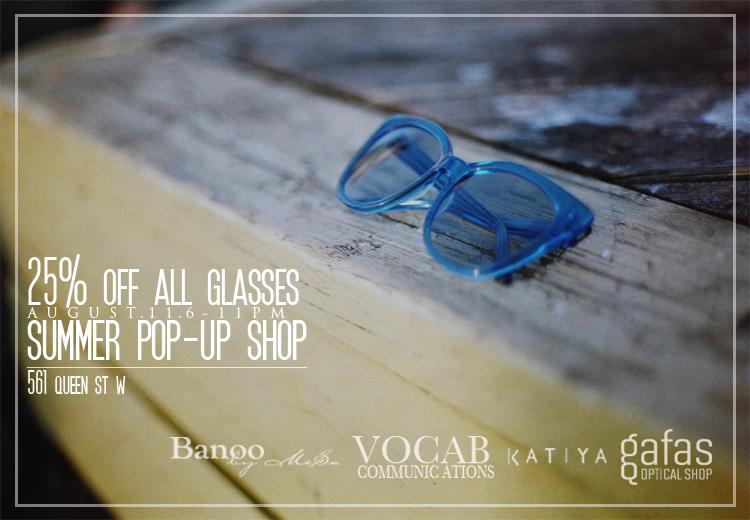 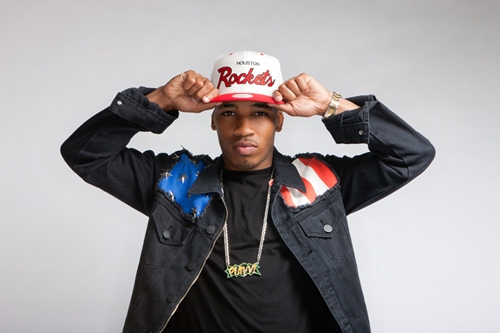 Last week I attended a listening event for Lil Playy at Interscope Records.  This 22-year-old Houston native might not be a household name yet, but the operative word here is YET.  What you may not know is that Lil Playy has been working hard underground and behind the scenes for quite a while, already achieving a good deal of success without even having released his first album.

You know the Grammy Award-nominated “My Chick Bad” by Ludacris, featuring Nicki Minaj?  That hook was Lil Playy’s.  He also wrote “I Do” for Twista and is featured on “Work it Man” by Kelly Rowland.  He hasn’t even released his first mixtape, “TourBuzMuzik,” but based on the records I heard and the heavyweights he has behind him (super producer Rodney Jerkins and manager Suzanne de Passe), it’s safe to say that there will be much more to come from this talented, up-and-coming artist.

Also, look out for the gritty “Good Goody” featuring Kelly Rowland, which was my favorite.  But the truth is, it was hard to pick a favorite–I was really impressed and entertained by everything I heard and I’m definitely looking forward to the album.

For more information on Lil Playy, check out his official website: www.lilplayy.com

Says She’s Ms. Blat announces the release of a digital 45 and music video for the songs, “Violent Nudity” and “Ha Ha Ha”.

WATCH! LISTEN!Says She’s Ms. Blat announces the release of a digital 45 and music video for the “A and B” side songs, “Violent Nudity” and “Ha Ha Ha”. The two tracks were written and recorded by Lottie Leymarie (piano, vocals) and Bret Puchir (drums, vocals, production) in the band’s Greenpoint, Brooklyn studio. The five-minute audio diptych is paired with a video of the band shot at various locations throughout New York City.  A narrative odyssey of this two piece whom only look forward as they search for a whimsical interplay between life and art, seduction of the grotesque and inane.

“Violent Nudity”, portrays the ritualistic decadence of summer.  Sexually infused to the sinners, haters and the selfish.  A type of “ceremonious “ suicide, disemboweled aberrations of the reckless mobius of youth and young at heart.

“Ha Ha Ha”, the second song, deals with a dissimilar subject matter, that of mortality and the inherent timeline embedded to each of us.  The party ends, the mind fades.  When will the elimination of the senses cease?  “Ha Ha Ha”, I guess I’ll wait and see.

An extremely talented pool of people were brought together for the video shoot.  Contortionists, fire blowers, tigers and pink human bunnies performing both on land and water, all while the music spins you into a high paced head trip, something Says She’s Ms. Blat can’t wait for you to experience.

Bio:
Says She’s Ms. Blat is a musical duo formed in the summer of 2008 by classically trained pianist, vocalist and songwriter, Lottie Leymarie. The duo began recording what would become their first album in 2009 entitled “Says She’s Ms. Blat” in Bushwick, Brooklyn. Bret Puchir, who is a guitarist and producer by trade , lent his talent to Leymarie by joining the band not only as her producer, but also as the drummer. His unique style to enmesh perfectly with Leymarie’s off beat piano approach was compatible to the personalities and their unabashed regard to music. The two are known for their incredibly high-energy live shows and the ability to captivate an audience with their multi layered sound and stage antics. “One might think there is a full band playing, but there are only two of us, that’s how we like it.”  On their latest release, which is a digital 45, the two collaborated as musicians, lyricists and producers. “We are louder, harder and more energetic than ever before”

The meaning behind the name Says She’s Ms. Blat stems from an old New York Times article found on the Internet. The headline was ” She Says She’s Mrs. Platt”. The article was about a woman in 1915 who had continuously married wealthy men, divorced them, took their money, changed her name and moved on to the next victim. She was a con artist who was quite progressive for a woman in the early twentieth century. “I liked the idea of her ever changing persona. As an artist, you are constantly changing and coming up with new ideas. Ms. Blat is the persona I took on as a musician. Although I write from personal experience, my world is constantly forming and reshaping around me, I’ll never be the same person I was when I wrote a particular song or album. I’ll be whatever I want to be and right now, I say that I’m Ms. Blat.”